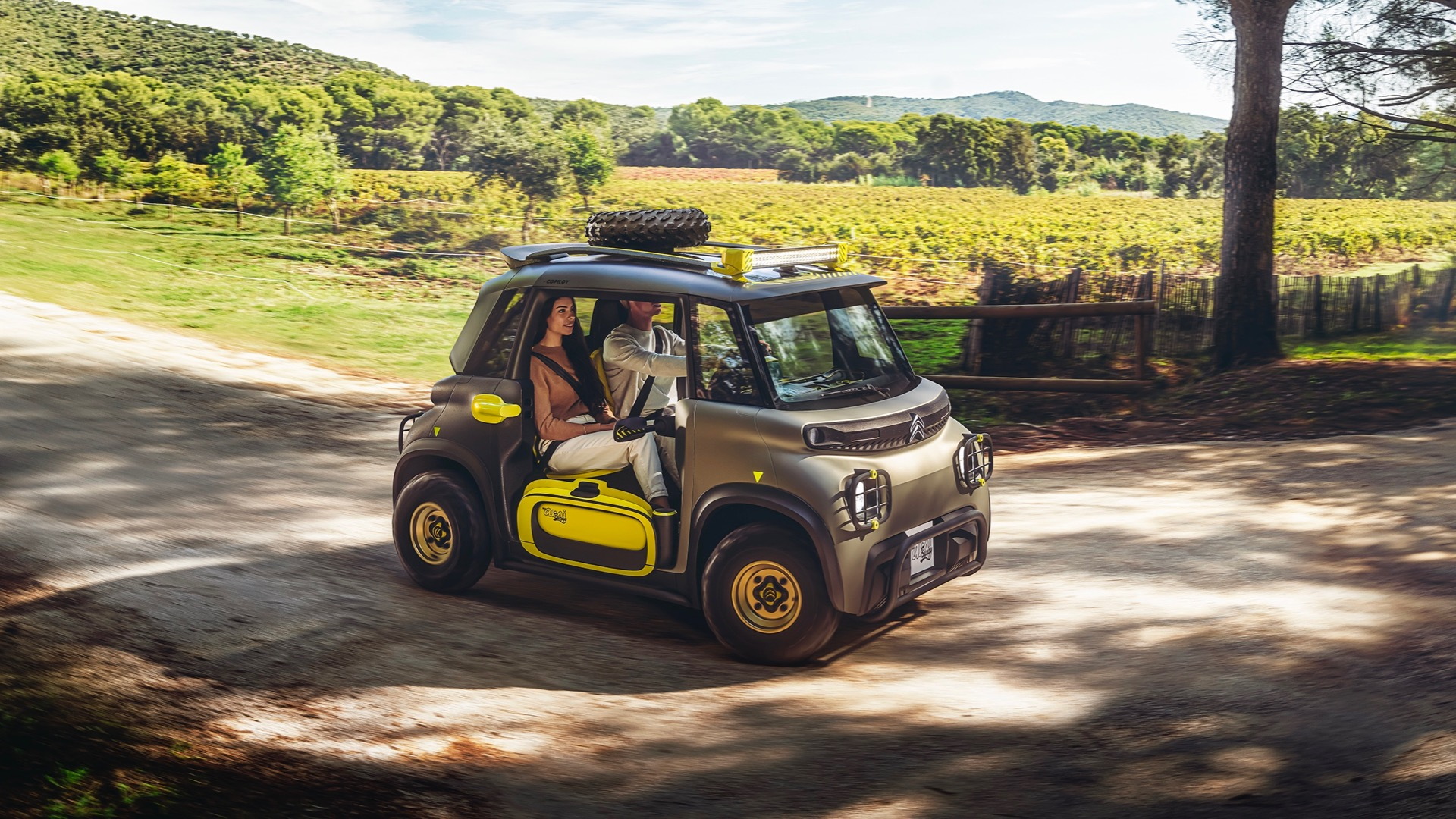 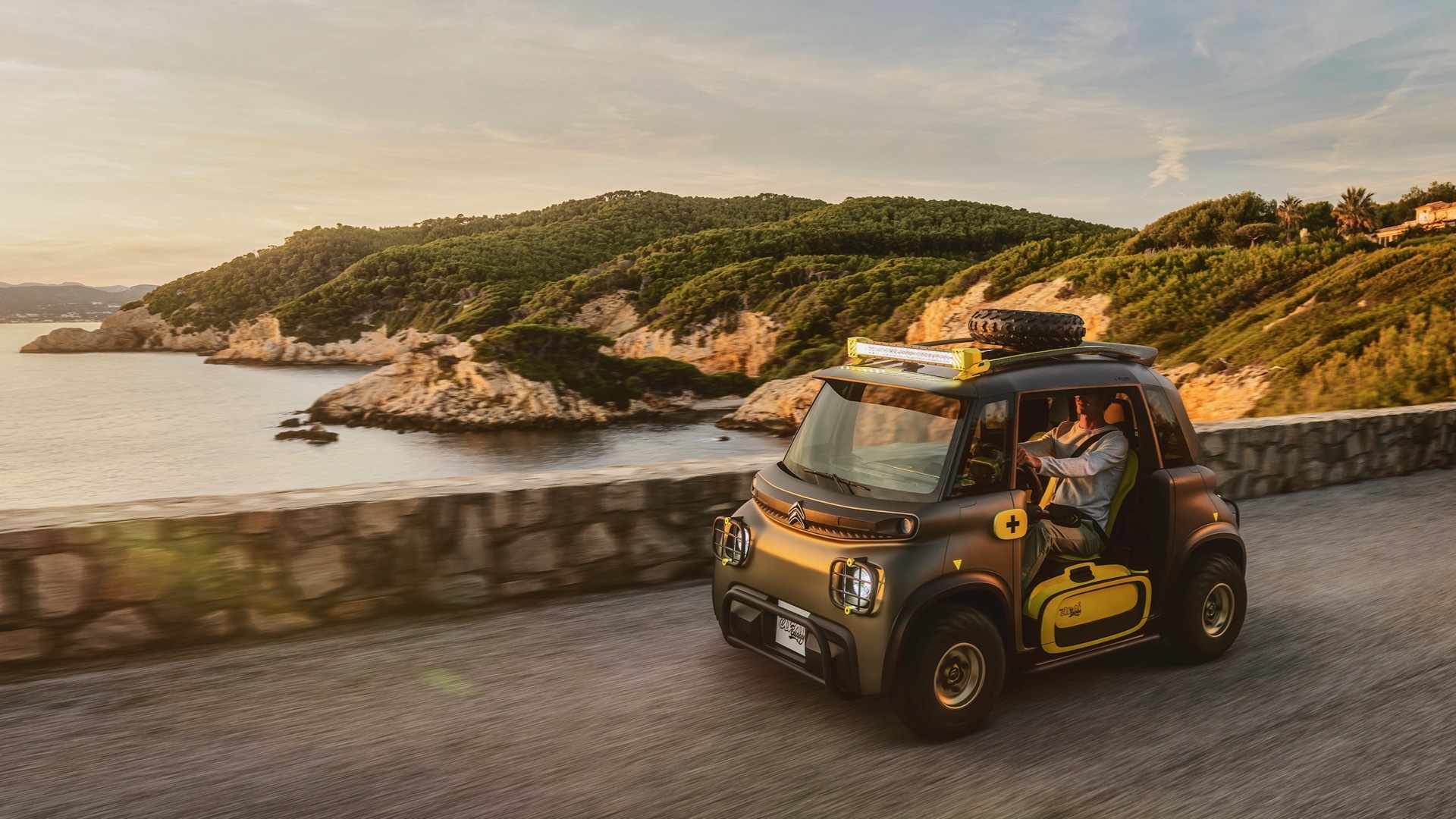 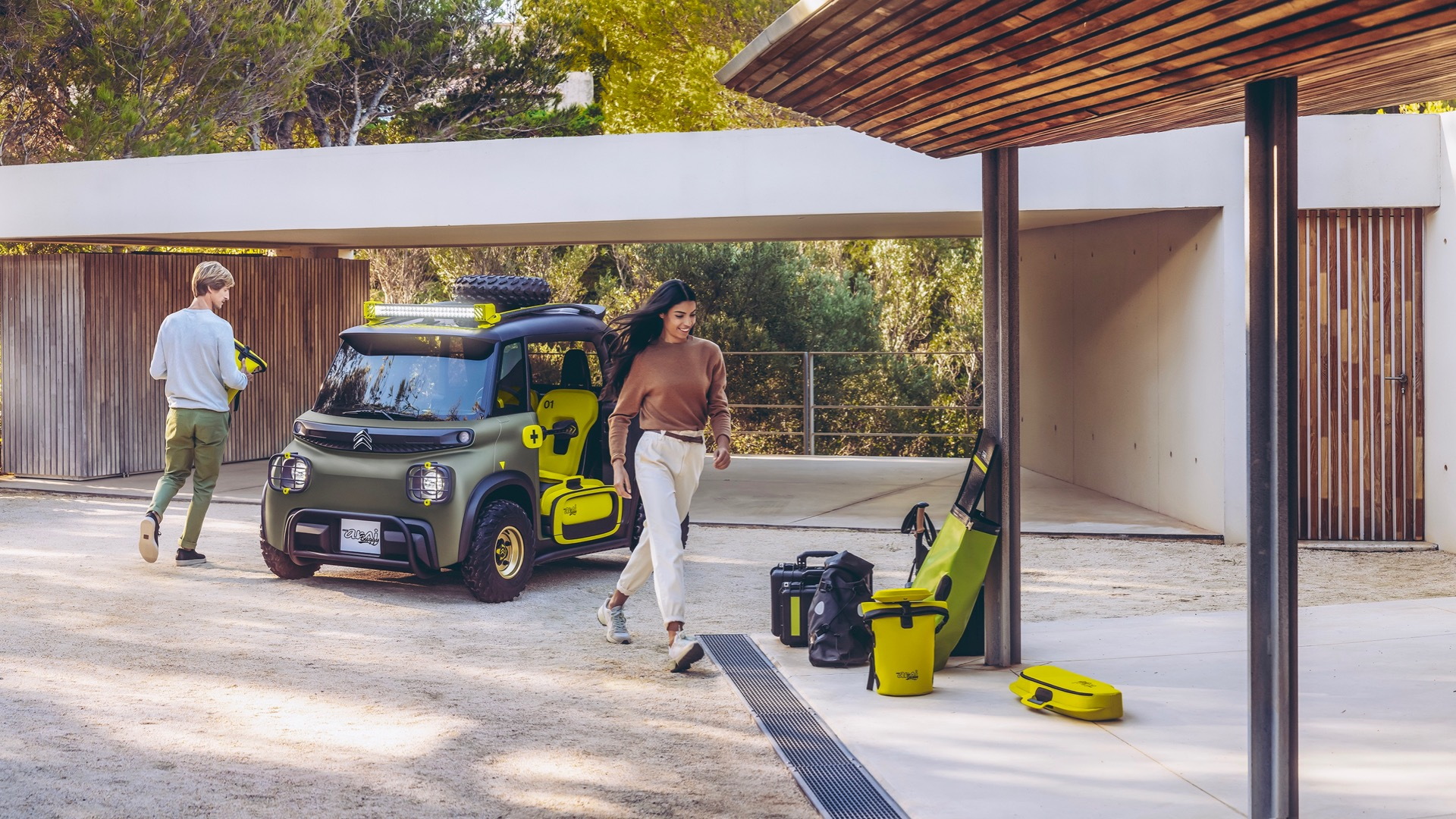 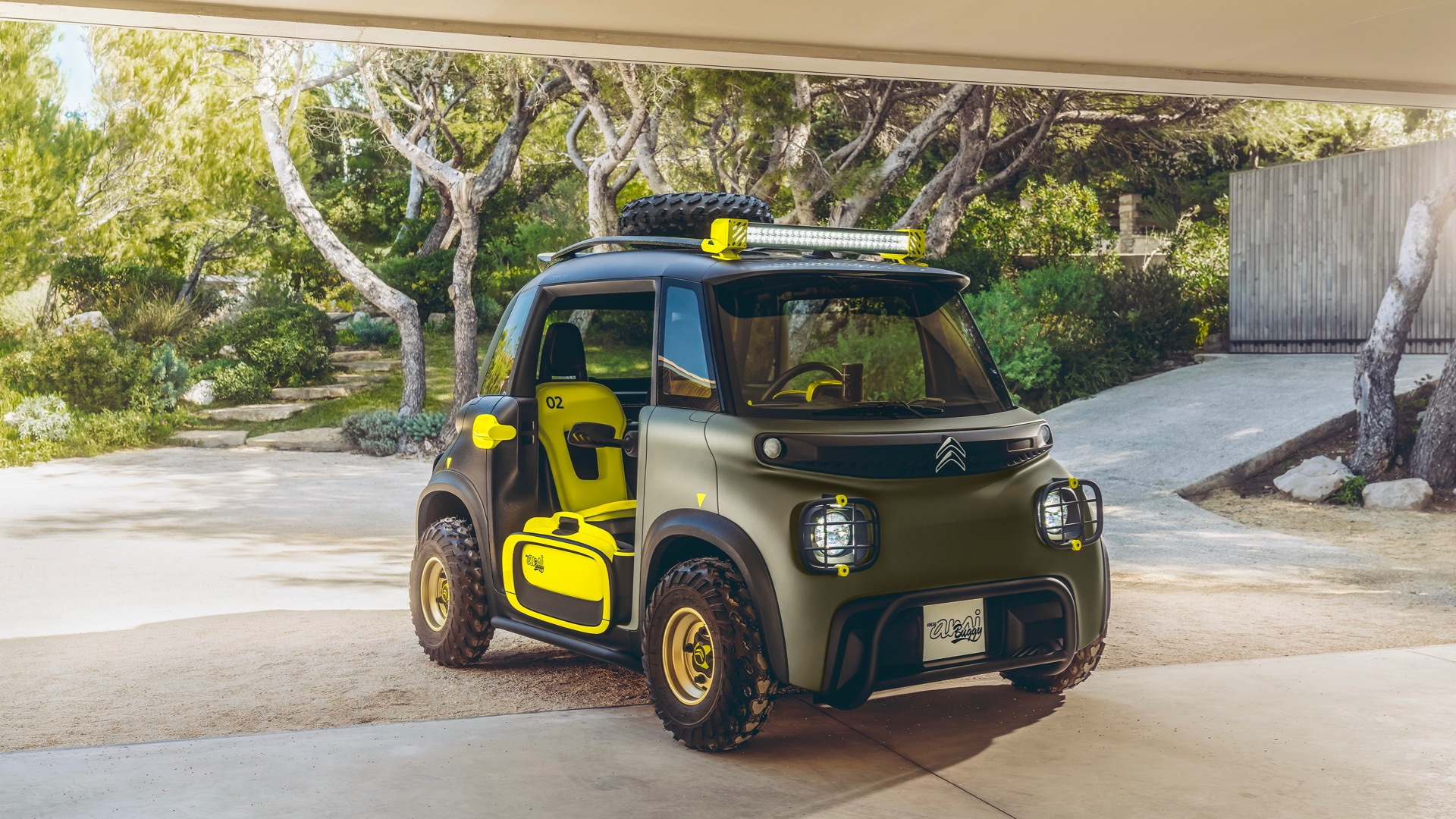 With its tidy proportions and low top speed, the Citroën Ami electric microcar seems most at home in urban areas. But the French automaker recently reimagined the Ami for a more rugged environment.

The Citroën My Ami Buggy concept dons off-road costume jewelry to show how the Ami might be used as a vacation plaything. The concept gets chunky tires (including a roof-mounted spare), an LED light bar, and cages over its headlights to affect that look.

Citroën also removed the doors, using some of the space left over for storage bins. The seats have thicker cushioning with memory foam, and Citroën included a set of luggage that matches the upholstery's bright yellow color.

No mechanical changes were mentioned, so the Ami's 28-mph top speed is likely unchanged. That, along with the vehicle's small size, means it isn't considered a car under European Union regulations. It's technically a "quadricycle," and can be driven without a license by people as young as 14 in France and 16 in other European countries, Citroën said when it launched the Ami in 2020.

At that time, Citroën said the Ami would be available to rent for the equivalent of $23 a month for 48 months (with a $2,900 down payment). The automaker has also announced plans to bring the Ami to the United States through the Free2Move mobility service, owned by Citroën parent Stellantis.

Citroën is getting very inventive with its EVs for Europe, and we hope some of that crosses over to Stellantis' other brands.

Much of that inventiveness comes from creative references to the brand's past. The Ami borrows its name from a 1970s Citroën model that, like the current EV, was about as basic as four-wheeled transportation can get. In 2016, Citroën launched the e-Mehari open-air utility vehicle, inspired by the 1968 Mehari, which combined mechanical components from the Citroën 2CV with minimalist bodywork made from ABS plastic.

Both the e-Mehari and My Ami Buggy concept embrace the same spirit that Volkswagen showed with its ID.Buggy concept, an homage to the classic Meyers Manx underpinned by VW's MEB dedicated EV platform. We'd love to see more vehicles like this reach production and break up the seemingly-endless parade of lookalike electric crossovers.