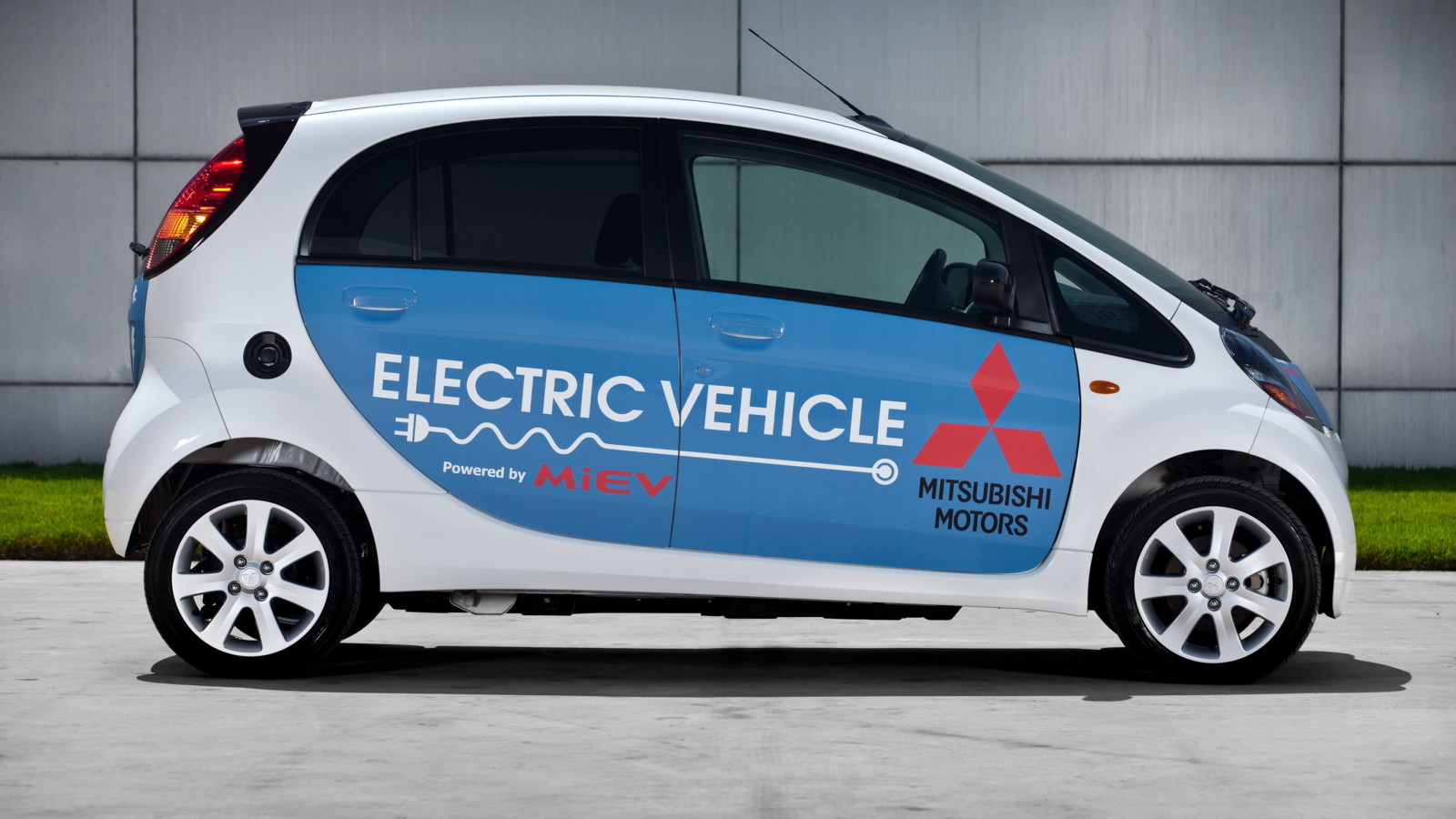 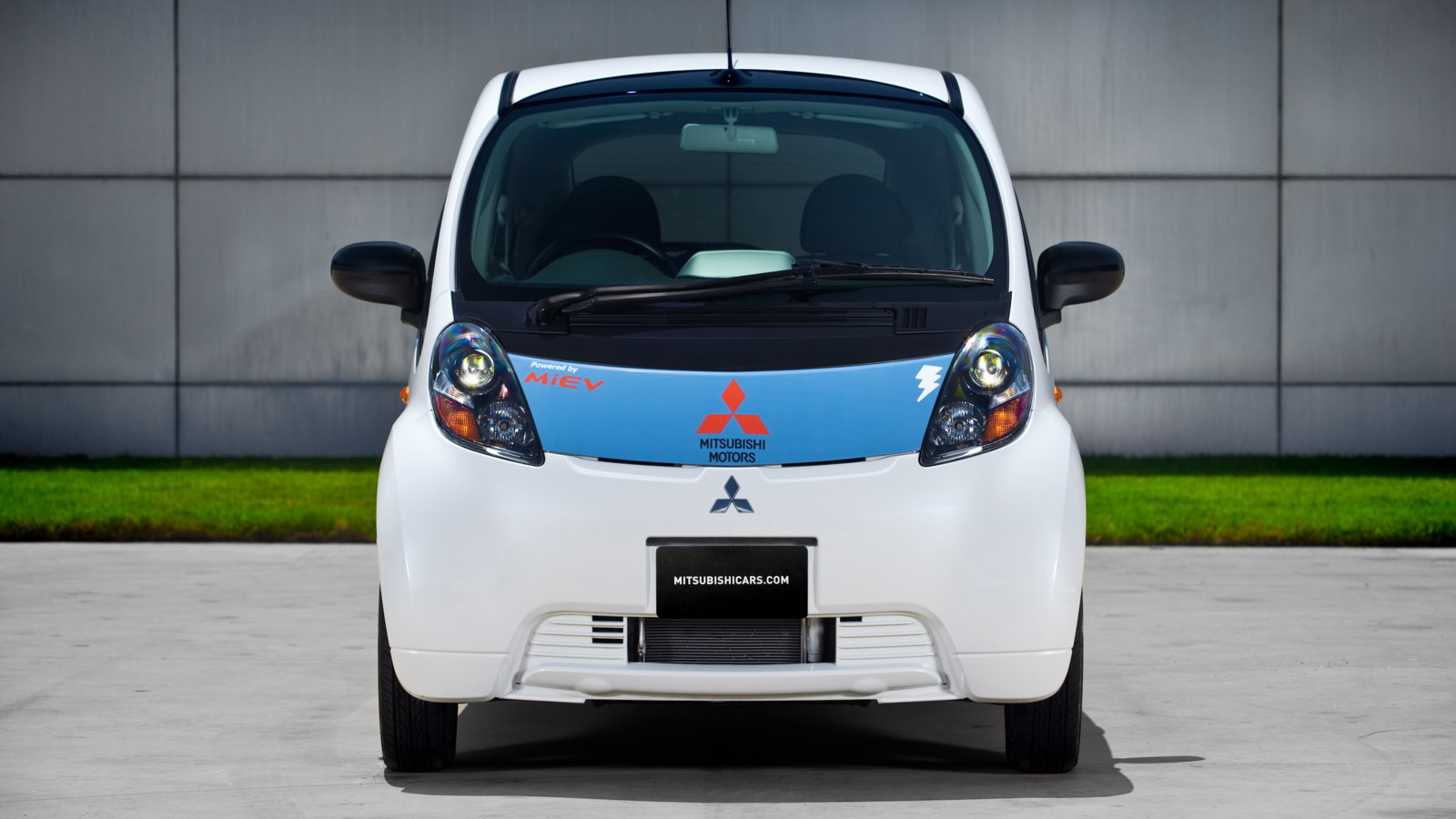 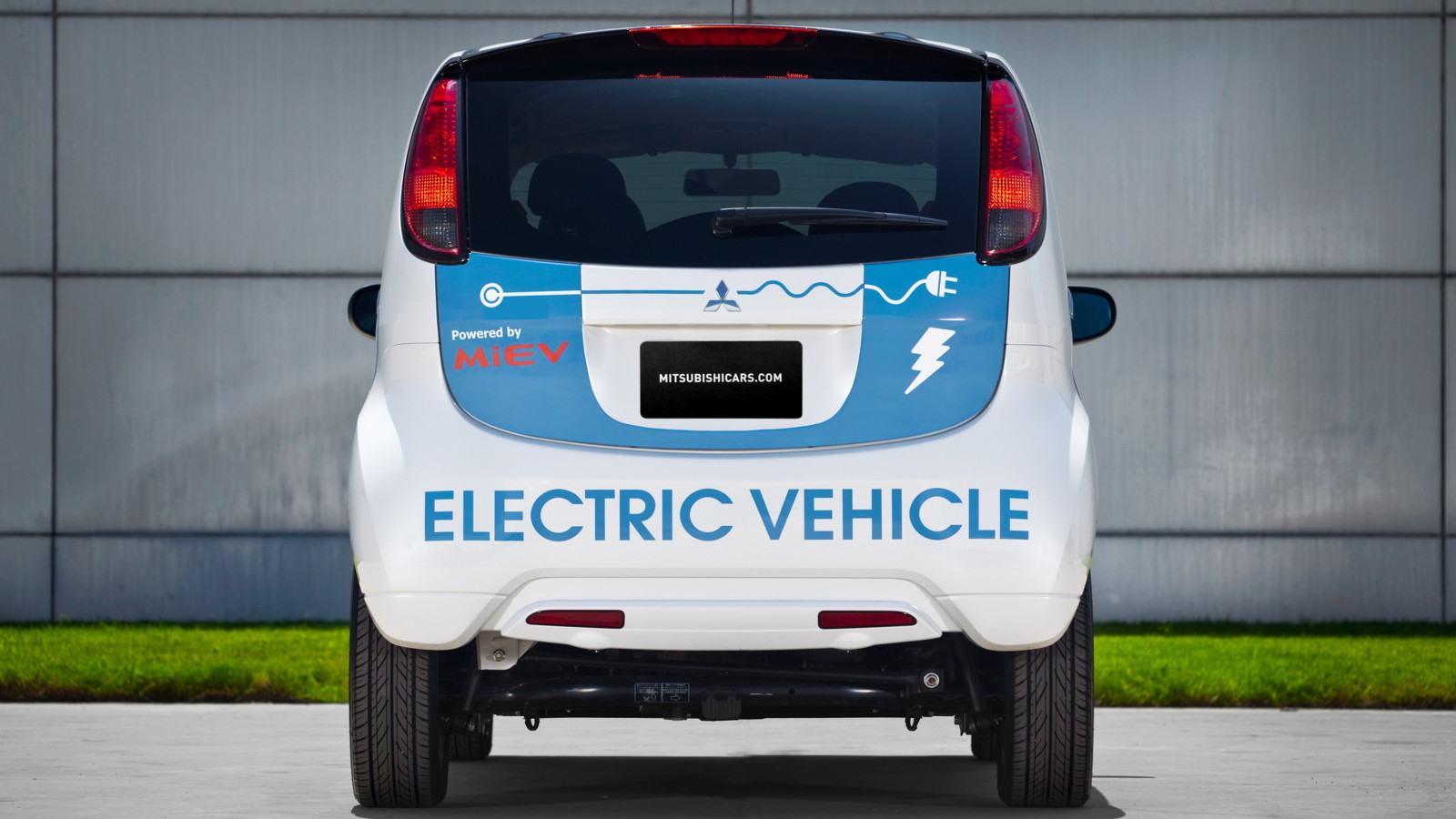 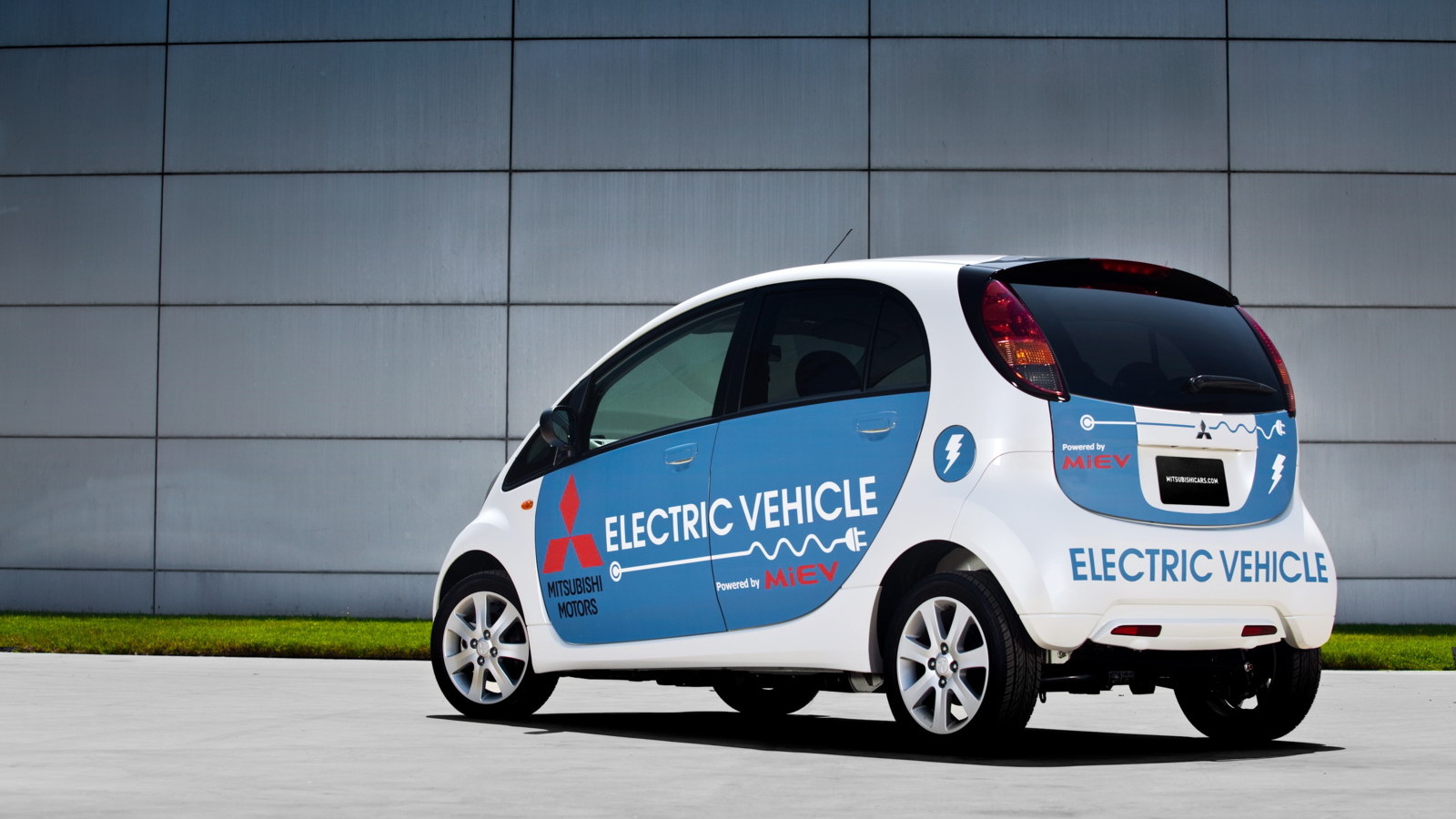 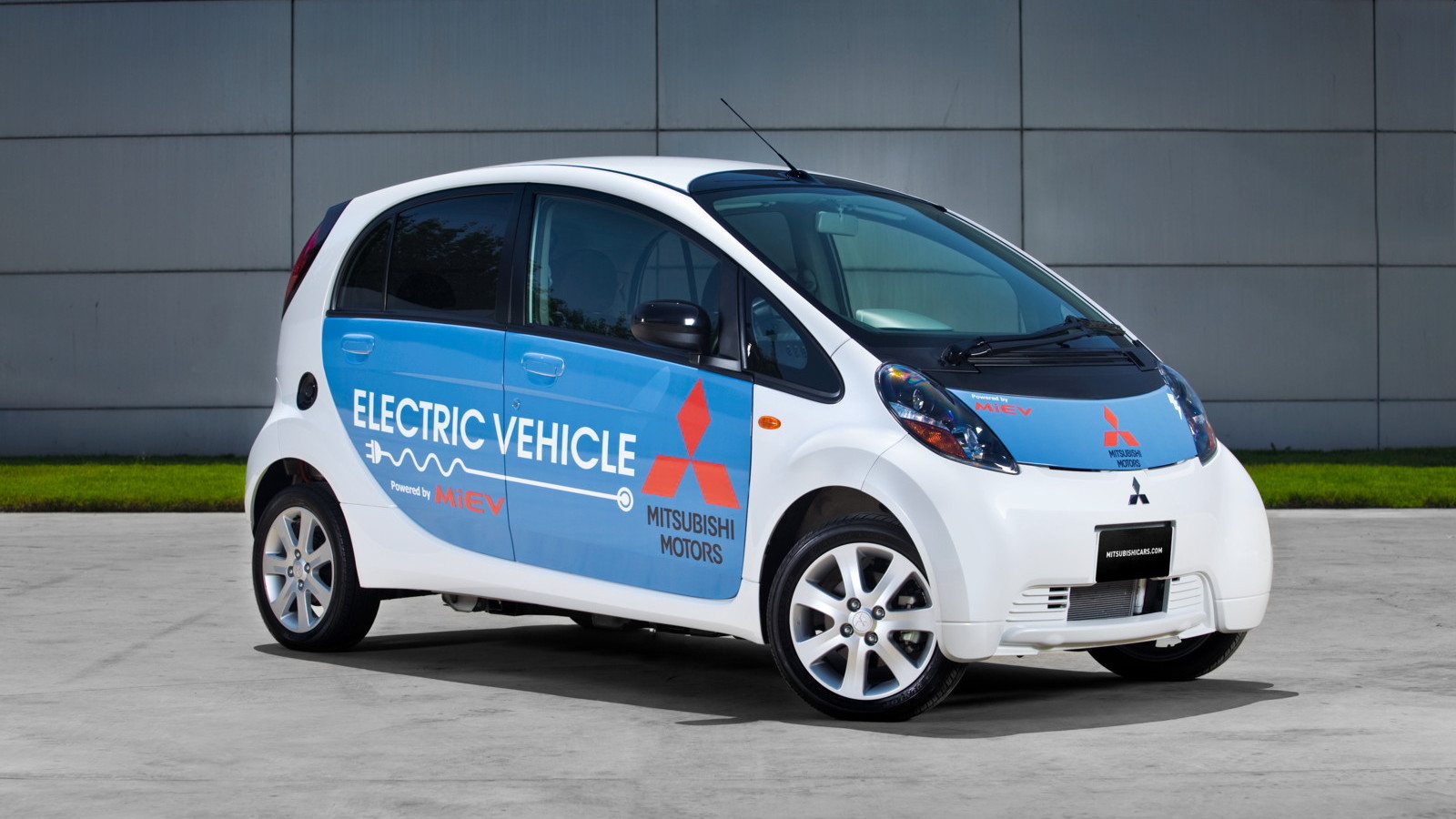 12
photos
With the 2011 Nissan Leaf and 2011 Chevrolet Volt arriving this fall—if you're so lucky to be one of the top names on the list—the electric vehicle buzz is about migrate from social media platforms and signup lists to real dealership showrooms.

Barring the exclusive (and somewhat impractical) Tesla Roadster, there simply aren't any fully legal EVs out there yet.

And if you're not one of those Leaf or Volt early adopters, it looks like there's a second wave of electric small cars not far behind. Among those arriving in calendar-year 2011 are the Think City, Ford Focus EV, and the Mitsubishi i-MiEV (with many more to come in 2012).

Of those coming next year, we've seen the most of the i-MiEV and, along with some colleagues in the media, are quite convinced by now that it could be a pretty good city car. The little four-seat minicar is perky, maneuverable, and incredibly spacious—plus it can cruise at U.S. freeway speeds.

The MiEV we drove this time is a production Japanese-market version, and one of just seven vehicles brought over to the U.S. as an initial test and demonstration fleet.

A little quieter in production form

According to U.S. spokesman Maurice Durand, the production version has the same packaging as that development car we drove earlier in the year but incorporates a number of changes with sound deadening and motor operation.

Sure enough, in a short drive on frontage roads along I-5 near Seattle last week, we noticed quite a bit less whine than in the car we previewed early this year in Palm Springs.

As before, piloting the MiEV is a refreshingly straightforward task. There's no complicated in-dash display to worry about; instead you have simple analog state-of-charge gauges, a range estimator, an accelerator and brake that respond intuitively, and a traditional ol' handbrake alongside. The shifter gives you three modes of operation—Drive, for normal driving; Eco, which softens throttle response and limits power to 80 percent except when the throttle's pegged; and 'B,' which like in some hybrids gives you access to more engine braking when needed.

Having recently driven the Smart Electric Drive, I was curious how the MiEV would stand up. And relative to the ED, the MiEV feels considerably perkier, especially above 30 mph. That's likely because while the ED's motor is just 20 kW (30 kW during a limited "kickdown" mode), the MiEV's motor produces 47 kW. Its lithium-ion battery pack, at 16 kWh, is about the same size as that of the Smart ED, yet there's an 80-mile range, purportedly, so Mitsubishi is doing very well with this package. 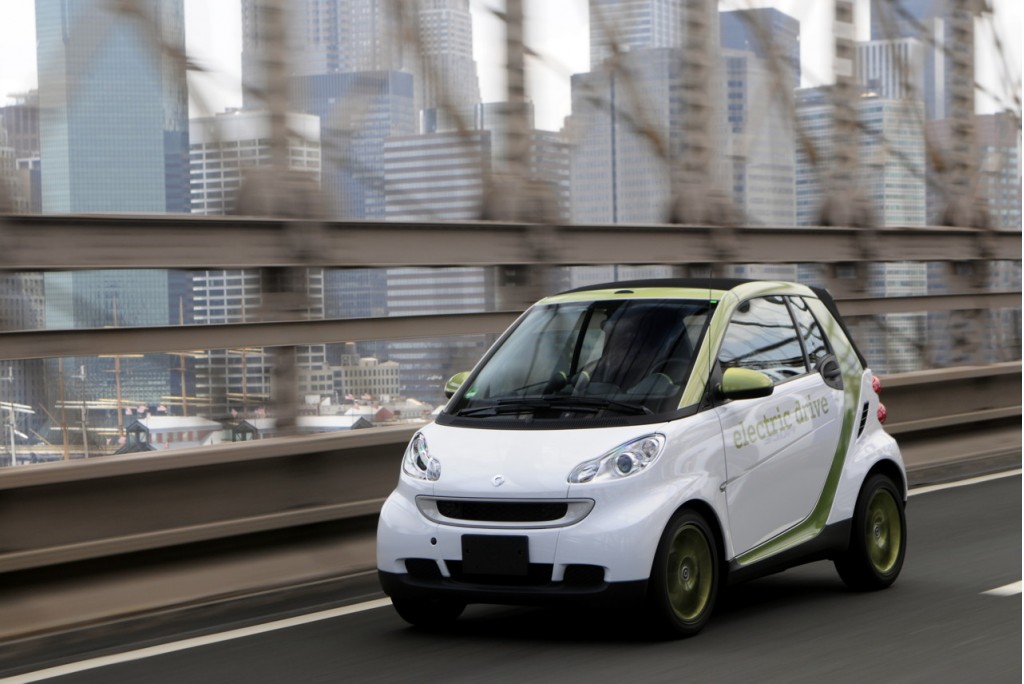 And perhaps the lingering observation between these two EV minicars is that the Mitsubishi MiEV just feels more substantial than the Smart. It's about 200 pounds heavier than the ED, but it has a usable backseat that this six-foot-six writer could pack into, along with a much more secure feel at speed. Both cars have a similar layout, with their powertrain components packed below the rear cargo floor (and backseat, in the Mitsu).

As before, it's the i-MiEV's 133 foot-pounds of torque, available right from the start, that lets you take off from traffic lights faster than most other small four-cylinder gasoline cars. Admittedly, that rush starts to fade by 35 mph. This drive, we took the MiEV up to an indicated 97 km/h (60 mph) before we ran out of road (and chickened out, given the care we were exercising with this special car), but it was still accelerating at a decent pace when we let up. The MiEV can hit 81 mph.

Mitsubishi claims a seven-hour charge time with a 220-volt dryer-type outlet, or 14 hours with a household 110-volt plug. If you have access to a handy-dandy three-phase charging station, just a half hour will get you to 80 percent and about two hours to full.

By U.S. rollout, price should come down

The i-MiEV just went on sale in Japan this month and will soon be launched in Europe; but in Japan the little electric car sells for roughly $53,000. However by bringing the MiEV to the U.S. after some economies of scale are achieved, Mitsubishi hopes to be able to offer it for less then $30k here, according to recent reports. And that's before the $7,500 federal tax credit applying to EVs.

An official U.S. version of the MiEV, yet to be introduced, might have a few minor powertrain or chassis changes, as well as slightly different dimensions compared to the Japanese-market version, Durand said.

Expect a formal announcement on the 2012 Mitsubishi i-MiEV later this fall, with U.S. vehicles arriving for sale a year later.