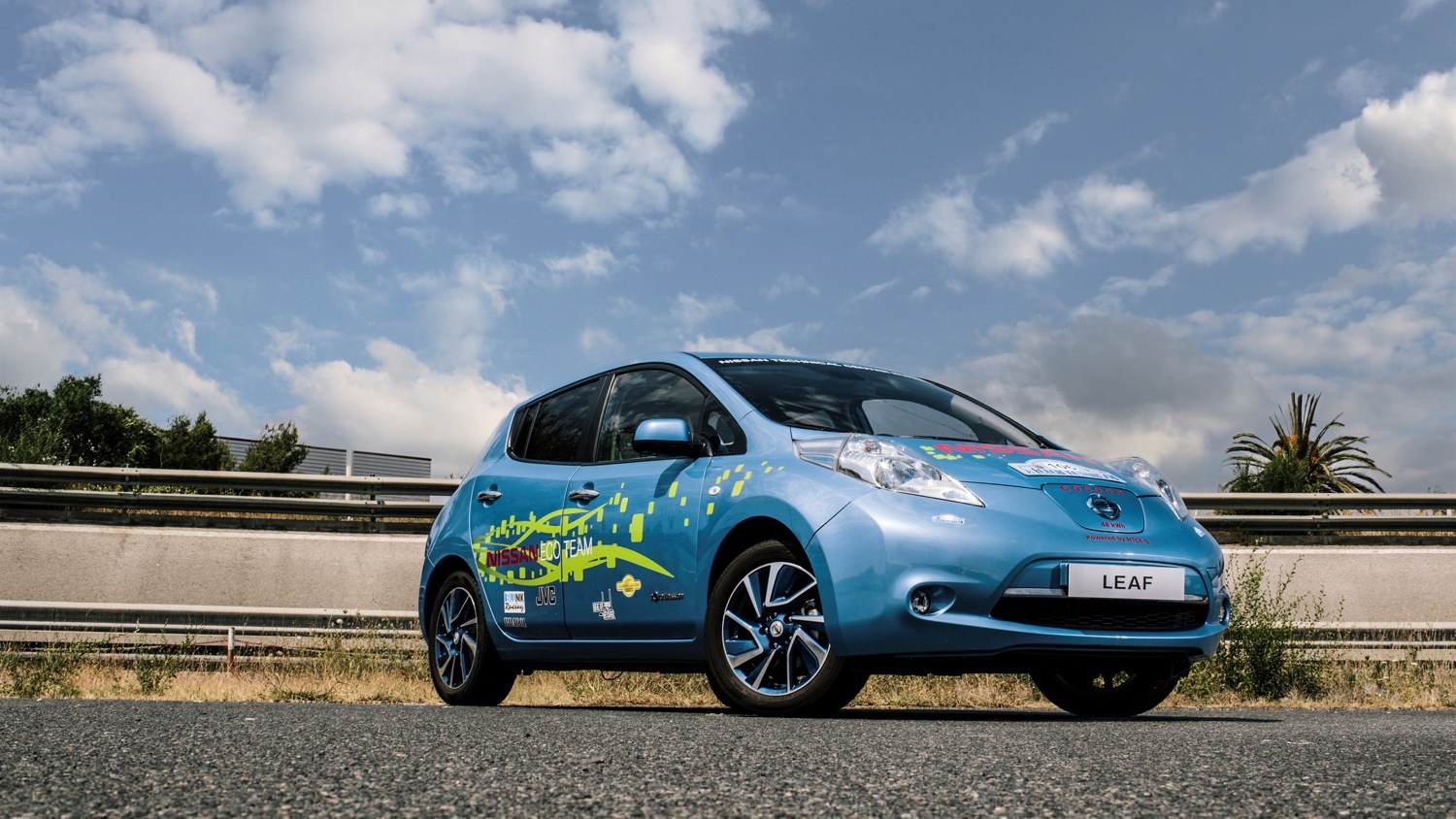 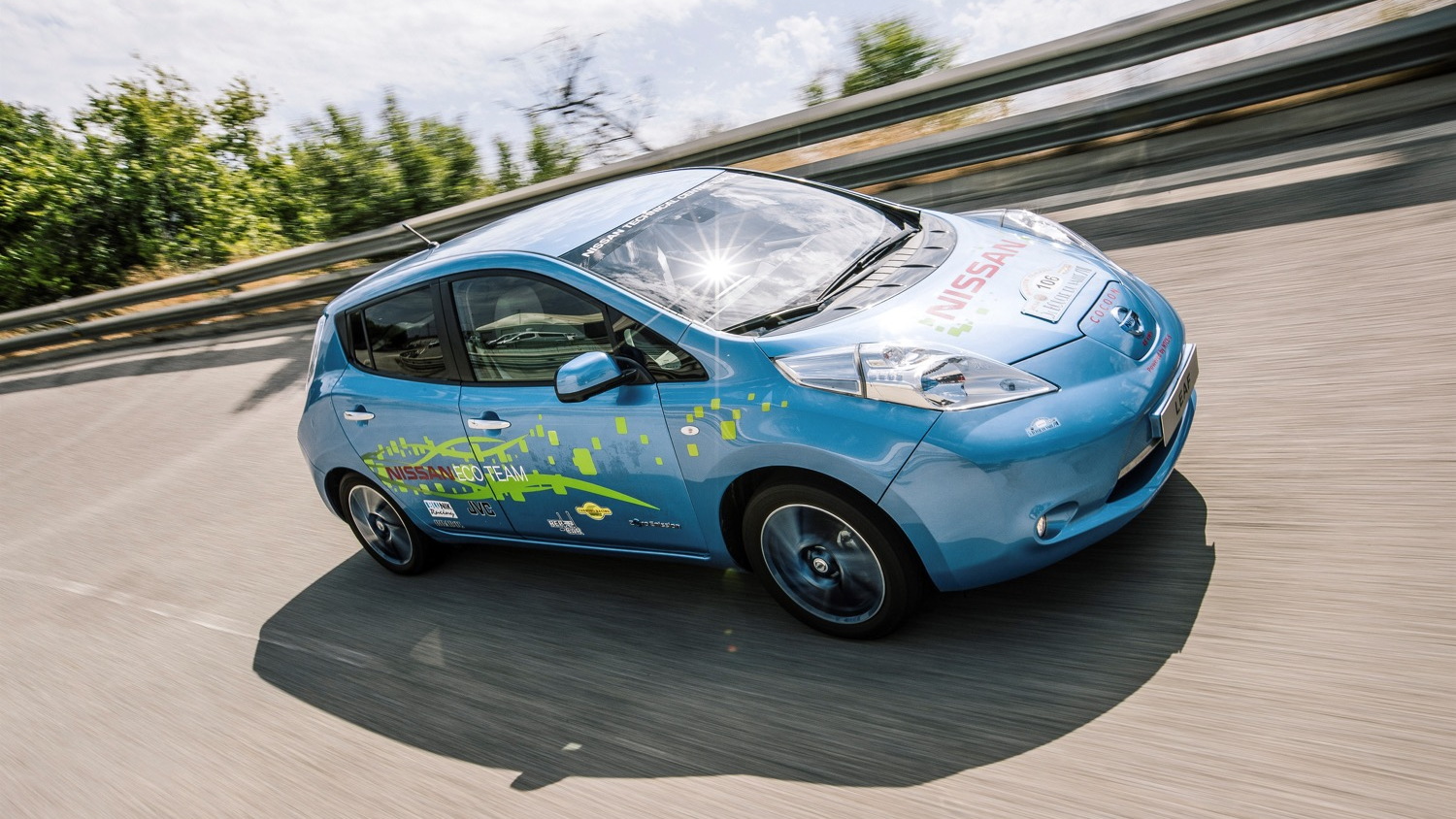 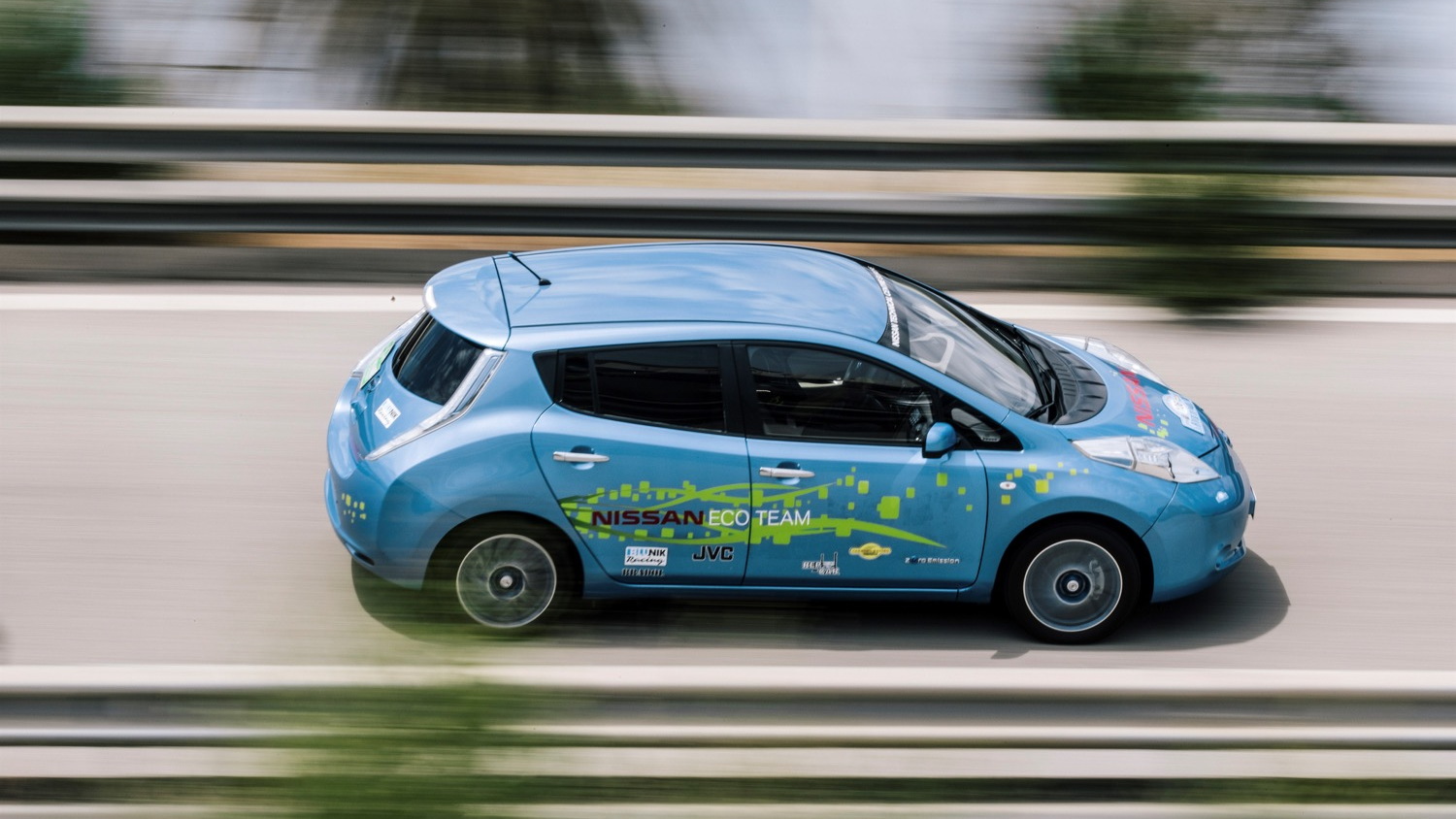 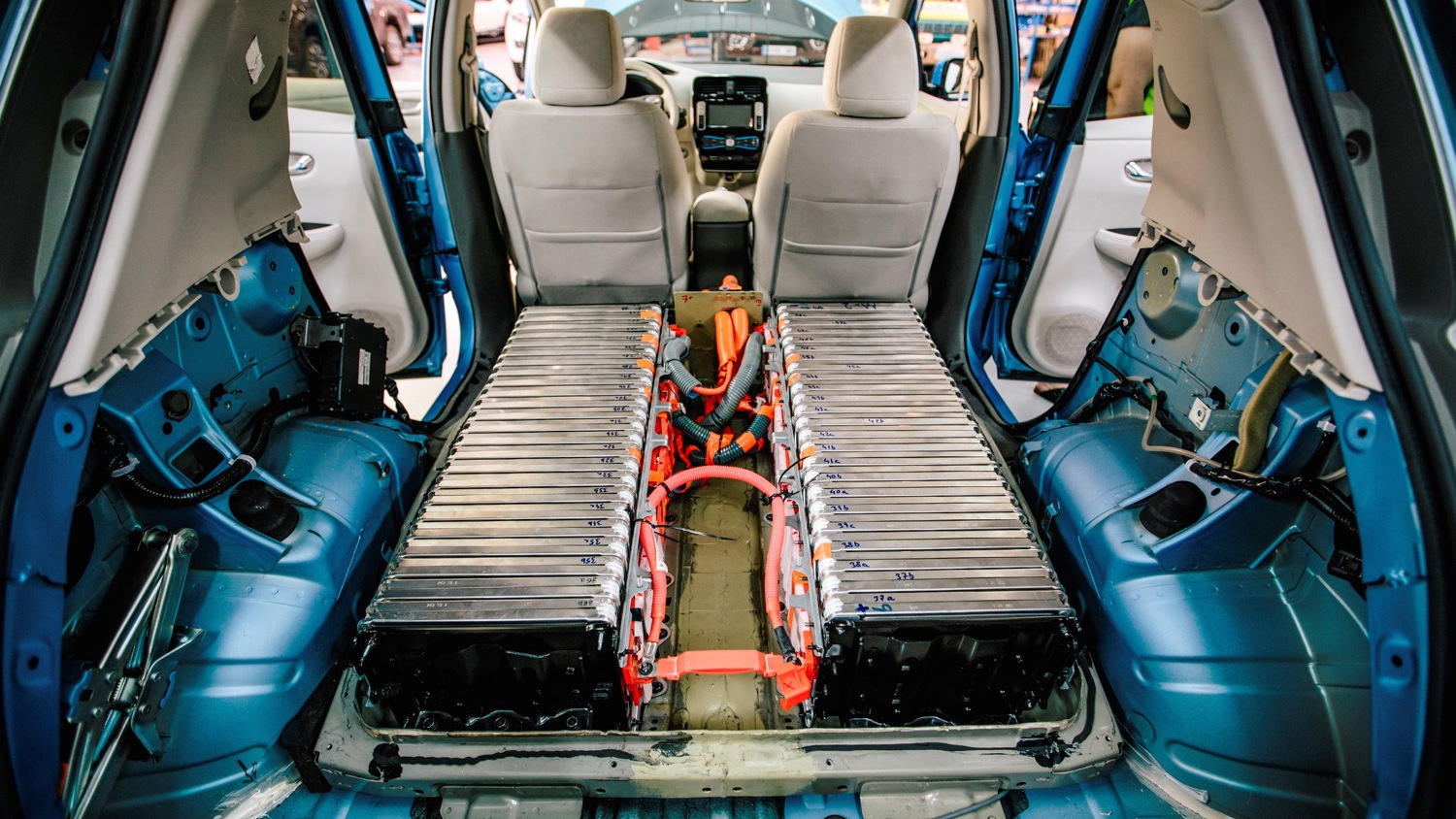 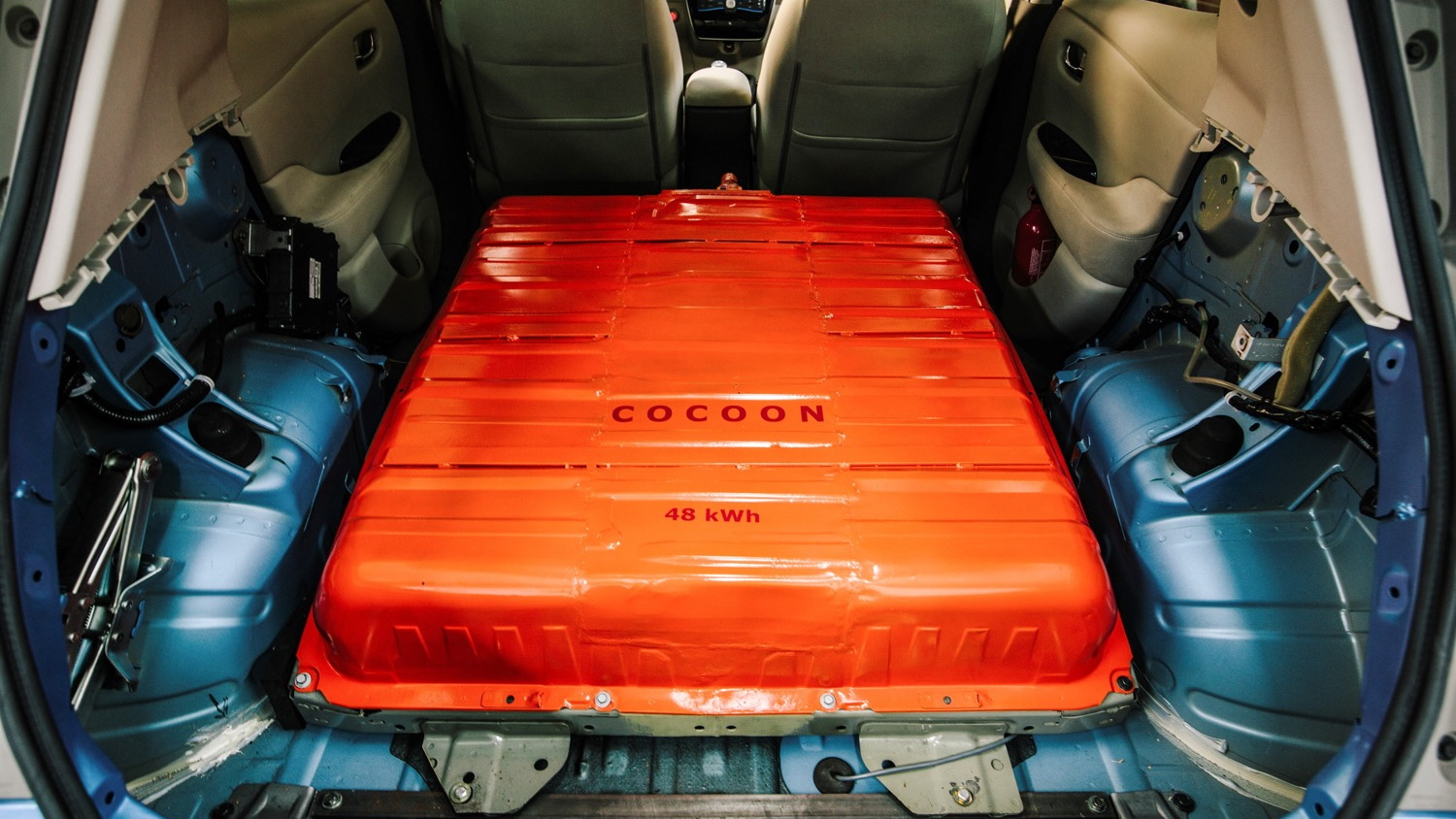 7
photos
Lots of attention is focused on the second-generation Nissan Leaf, which should arrive soon to replace the aging, first-generation model.

The new Leaf is expected to have appreciably greater range than the current model, likely around 200 miles.

In the meantime, though, a group of Nissan employees have created a different kind of longer-range Leaf.

Nicknamed "Cocoon" in reference to the 1985 science-fiction film, it boasts a 48-kilowatt-hour battery pack.

That's double the capacity of the 24-kWh pack offered in the current Leaf base model (higher trim levels use a 30-kWh pack).

The prototype Leaf was built by Nissan employees in their spare time to compete in the Spanish ECOseries race series.

Unlike most race series, ECOseries competitors aim for maximum efficiency, not maximum speed.

It rewards the fastest car that uses less than a predetermined amount of energy, and the competitors who come closest to matching a preset lap or stage time.

The latter is similar to the regularity time-trial rallies that are already popular among amateur racers in many countries.

Nissan entered another 48-kWh Leaf in the ECOseries back in 2013.

These cars shouldn't be construed as a preview of the next-generation Leaf however.

Nissan has no plans to put anything like them into production, and participation in the race series is purely an extracurricular activity for the employees involved.

The upcoming second-generation Leaf is expected to have a 60-kWh battery pack, enabling at least 200 miles of range.

Nissan will likely need to achieve that mark to compete effectively with the Chevrolet Bolt EV and Tesla Model 3—both of which offer at least 200 miles of range.

It's possible that the next Leaf will incorporate some of the design changes from the prototype 60-kWh battery pack unveiled in the IDS concept at the 2015 Tokyo Motor Show.

Besides more capacity, that pack had a different cell chemistry and overall structure from current Leaf packs.

The next-generation Leaf should appear sometime this year or in 2017, and will go into production at a 2018 model.