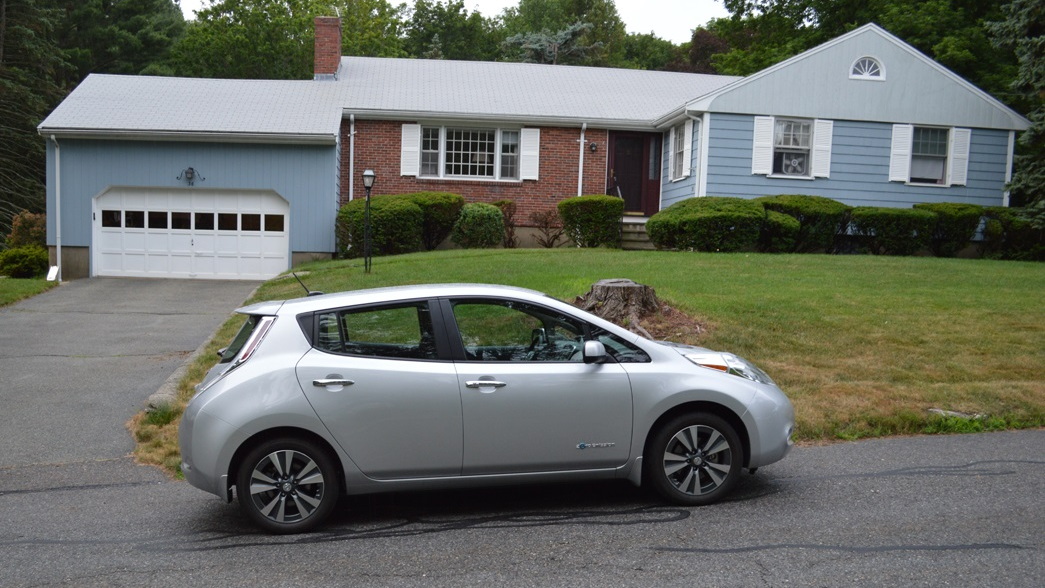 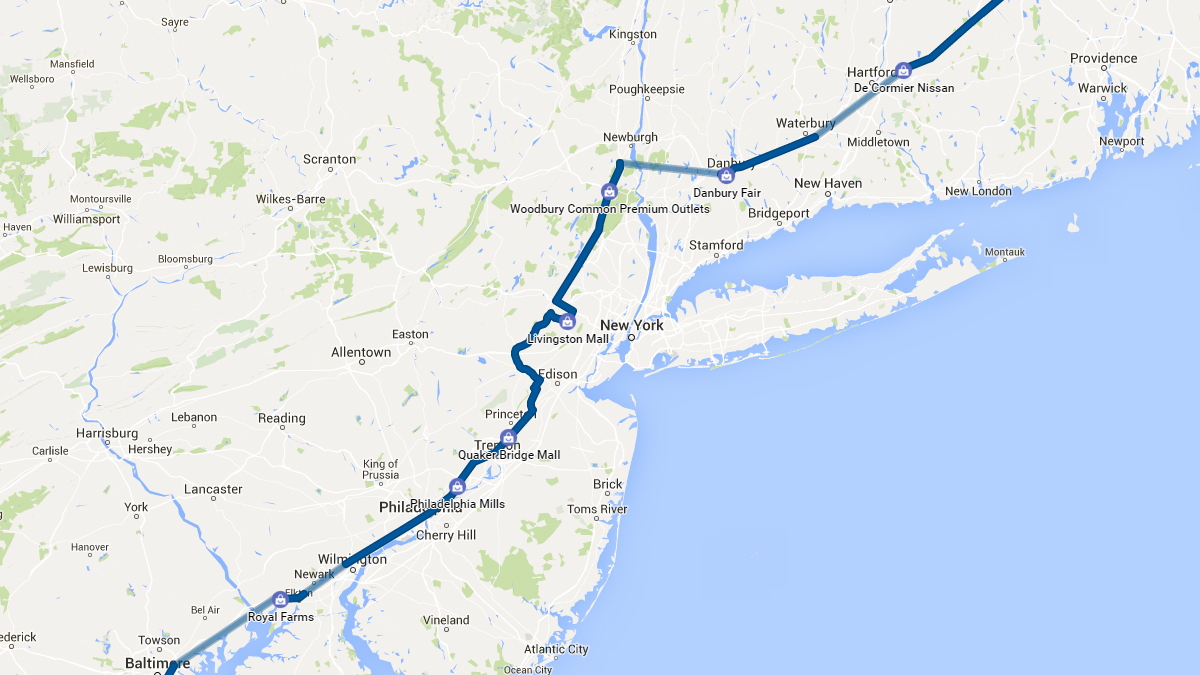 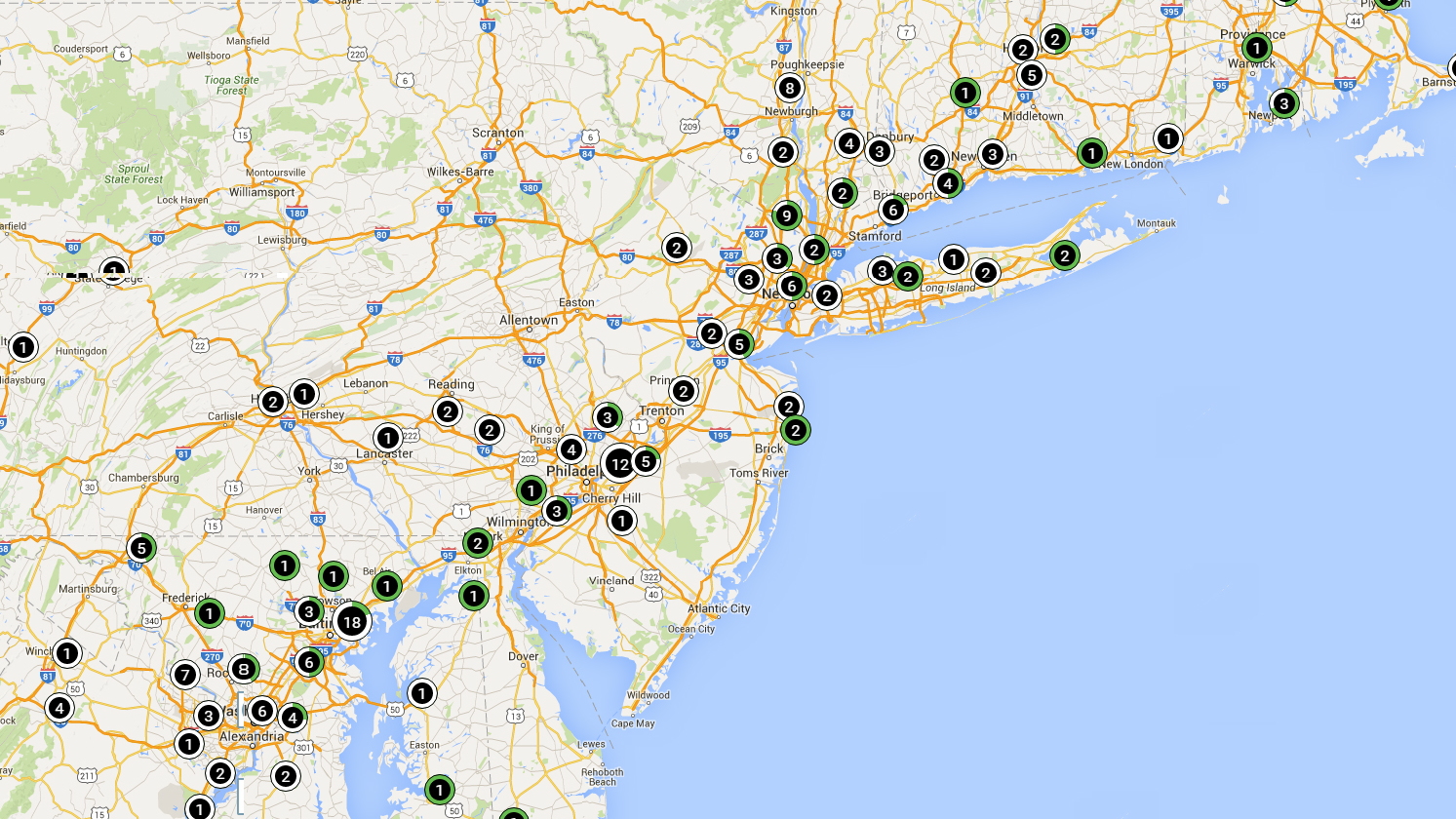 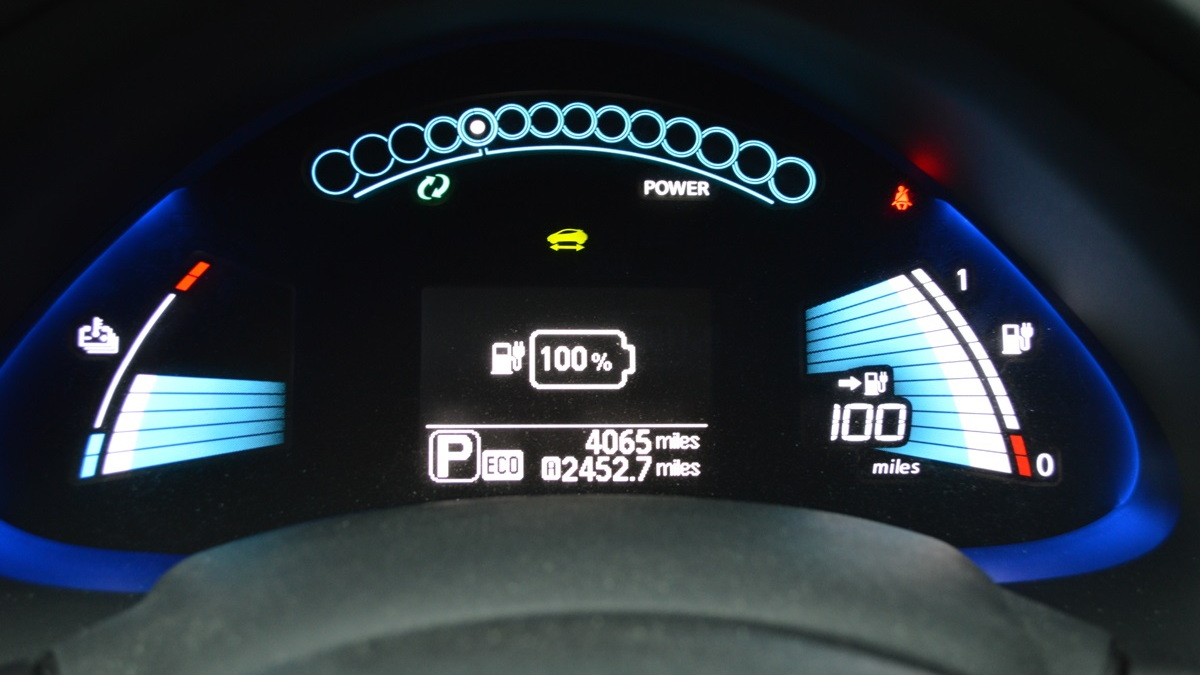 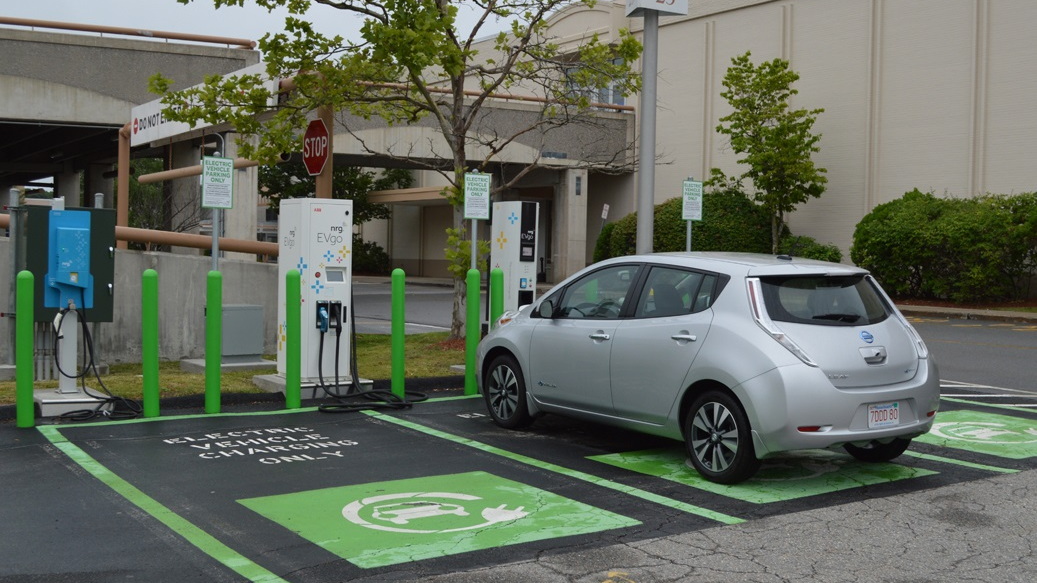 When my son scored a coveted civil engineering summer internship in Silver Spring, Maryland, the chance for an electric-car road trip from our Boston-area home presented itself.

Sure, I could have done the sensible thing and taken my trusty 2006 Toyota Prius, but where would be the adventure in that?

Instead, I seized the chance to take my 84-mile 2015 Nissan Leaf, throwing myself at the mercy of the scant CHAdeMO fast-charging infrastructure between Boston and Silver Spring, a 1,000-mile round trip.

In the process, I learned a lot about the current challenges of long-distance travel with a battery-electric vehicle—and how those will change as more affordable 200-mile electric cars start to become available over the next couple of years..

The trip required a lot of planning, due to the paucity of DC fast chargers along the Northeast corridor from Boston to Washington, D.C.

I made the tactical decision to prioritize sites with two CHAdeMO chargers, so that if one was broken or occupied, at least one other would likely still be available. While this made the route longer, it boosted my chances of success.

Ultimately, I settled on nine charging locations. The median distance between my stops would be only 55 miles, with a low of 25 and a high of 74. The shortage of charging stations and some range anxiety on my part required some stops to come sooner than would have been optimal.

Distance: The most direct path listed by Google shows a direct distance of 432 miles, but routing to hit the preferred charging locations increased that to 502 miles.

Travel time: Google says that the nonstop trip should take 7 hours and 10 minutes. Rerouting increased the total travel time to 9 hours and 3 minutes. But the nine charging sessions added 5 more hours to the trip, for a total of 14 hours—almost double the estimate for a conventional gasoline car.

CHECK OUT: Cross-Country Electric-Car Trips: Reality For A Few, Getting Closer For Many (Oct 2014)

Cost: Seven of the nine charging stations were part of the Nissan-eVgo “No charge to charge” program, meaning they are free for me as a Leaf owner for my first two years. The other two stations were run by ChargePoint, and cost me about $4 per charge or $8 for the 500-mile trip.

The numbers: The median driving time was 1 hour and 22 minutes and the median charging time was 30 minutes which amounts to about 1 minute of charging for every 3 minutes of driving.

The average energy per charge was 11.1 kwh, and the total consumed on the trip down was 101.8 kwh (the energy of just 3 gallons of gasoline!). As calculated from the energy numbers on the charging stations, my car's efficiency was 0.199 kwh per mile, or 5.0 miles per kwh.

Fast charging is critical to any long-distance use of electric cars. But as I learned, today there remain several notable challenges.

Location apps: Charger locations can be found with apps and websites. The ChargePoint app shows all nine of the nine charging sites I used on the trip.

However, PlugShare only lists seven of those nine, and it showed exactly zero until I figured out that I needed to check the “Show Nissan No Charge to Charge Locations Only” (a bug, if you ask me). The NissanConnect EV program only showed six of the nine, and frequently listed only one charger where two actually exist.

ALSO SEE: Electric Motorcycle Road Trip: What I Learned, What You Need To Know (Jul 2014)

Charger spacing: There are two issues with locations. First, the trip would have been easier if chargers were located, say, every 80 miles. But if the next chargers are located at 100 miles and 50 miles, stopping at 80 miles is not possible.

Secondly, the chargers were often at shopping malls, which is nice if they happen to be near the highway. But it's less nice if it requires you to drive 16 minutes from the highway to charge, and then 16 minutes back.

Precise location: Shopping malls are massive places; it proved entirely possible to spend 10 minutes looking for a charger and still not find it. Apps sometimes have helpful hints for locations, although I found the ChargePoint app frequently showed the pinpoint in an entirely wrong location.

Multiple Networks: Chargers along the Northeast corridor belong to multiple networks—including Blink, ChargePoint, evGo, and Greenlots—each of which requires its own RFID card to initiate a charging session.

Every one of those networks requires a separate process to set up a user account and obtain the necessary card. The situation is far from the convenience of the pay-at-the-pump credit-card model offered at all modern gas stations.

Often there will be a set fee simply for plugging in, plus an additional charge per kwh or per minute, which is subject to certain session minimums. The many charging models are confusing and needlessly frustrating.

Reliability: An electric-car trip can be seriously side-tracked or ruined by a single malfunctioning charger, or one that is locked or blocked. While apps may show the status of chargers, they are not completely reliable.

My decision to prioritize eVgo locations with two CHAdeMO chargers rather than one turned out to be a good call. One Nissan branded charger repeatedly gave me a 404 error—tell me that isn’t just a simple network error! Moving to an ABB-branded dual charger in the adjacent slot saved my trip.

Speed: While most high-speed CCS and CHAdeMO sites charge at 50 kilowatts, some are slower, at 30 kw or even 24 kw, which raises the charging time from half an hour to a full hour.

Also, the charging rate slows dramatically as the battery rises above 90 percent capacity, making that last 10 percent all but unusable.

Within the next couple of years, several new electric cars (without a Tesla badge) will offer an EPA-rated range of 200 miles or more.

The first of those is likely to be the 2017 Chevrolet Bolt EV, which will enter production in October or November. Nissan is expected to launch a second-generation Leaf for 2018, and recent rumors suggest a further battery capacity upgrade in the last years of the existing car (the one I own). Several other makers will join them before 2020.

At that point, will electric cars be ready to compete with gasoline cars for road trips?

No doubt a 200-mile range will greatly improve the prospects for longer trips. While my 2015 Leaf has an 84-mile EPA range rating, its usable range is closer to 50 miles for various reasons.

A 200-mile electric car will have 150 miles of usable range, reducing the number of stops. After 150 miles, many people will likely want to stop for a bathroom break anyway. At that point, the charging can be done in parallel.

But to be truly competitive with gasoline cars, DC fast chargers must charge at far more than their current 50-kw rate. Recharging a 200-mile range car with a 60-kwh battery pack using a 50-kw charger could require a full hour, meaning that the 200-mile car would end up requiring almost as much downtime as my 84-mile Leaf.

Once we have both 200-mile electric cars and a large, reliable, network of 100-kw-plus DC quick charging sites along highway rest stops, we'll really be there.

At the moment, we are not there yet.

Unless, of course, you're lucky enough to have a Tesla badge on your car—and you are already enjoying those benefits.