The NHTSA said it would open an investigation into a fatal May 7 crash in which a Tesla Model S running under Autopilot control hit a semi and passed under its trailer.

The driver, later identified as 40-year-old Joshua Brown of Ohio, died at the scene of the Florida crash, which occurred after a tractor-trailer rig turned left in front of him.

According to Tesla, the incident occurred because "neither Autopilot nor the driver noticed the white side of the ... trailer against a brightly lit sky, so the brake was not applied."

Ironically, Brown had posted several videos of his Model S running on Autopilot, and credited the system for averting an earlier crash and potentially saving his life.

The NHTSA investigation was reported yesterday morning by Reuters.

UPDATE: The truck driver involved in the accident claims that Brown was watching a movie while driving. The Florida Highway Patrol said it had found an aftermarket digital video disc player in the wreckage. 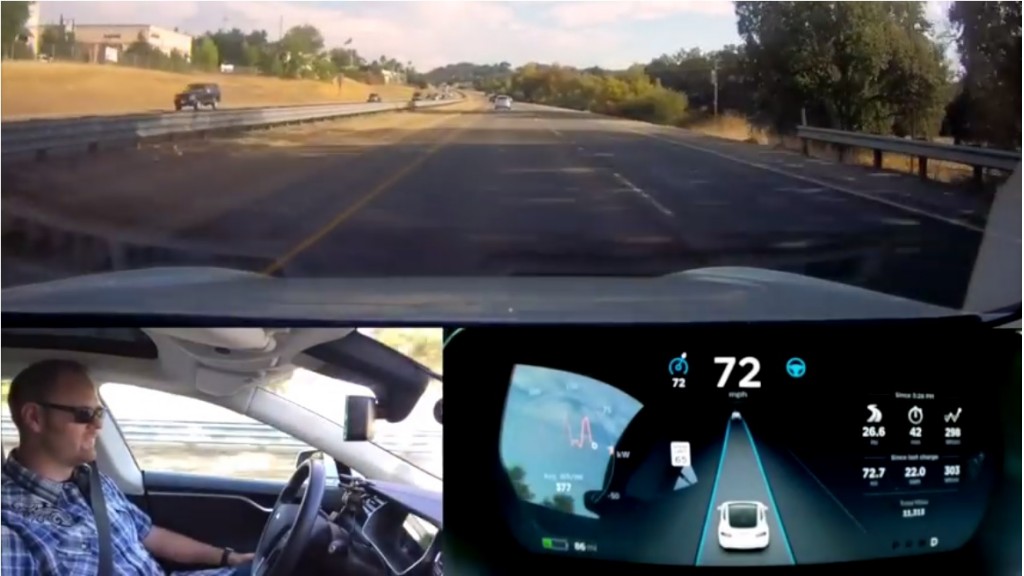 The police blotter describes the accident as follows:

On May 7 at 3:40 p.m. on U.S. 27 near the BP Station west of Williston, a 45-year-old Ohio man was killed when he drove under the trailer of an 18-wheel semi. The top of Joshua Brown’s 2015 Tesla Model S vehicle was torn off by the force of the collision. The truck driver, Frank Baressi, 62, Tampa was not injured in the crash.

The FHP said the tractor-trailer was traveling west on US 27A in the left turn lane toward 140th Court. Brown’s car was headed east in the outside lane of U.S. 27A.

When the truck made a left turn onto NE 140th Court in front of the car, the car’s roof struck the underside of the trailer as it passed under the trailer. The car continued to travel east on U.S. 27A until it left the roadway on the south shoulder and struck a fence.

The car smashed through two fences and struck a power pole. The car rotated counter-clockwise while sliding to its final resting place about 100 feet south of the highway. Brown died at the scene.Charges are pending.

Tesla Motors posted a blog entry, A Tragic Loss, on its website yesterday in response to the news of the NHTSA investigation.

The post stresses the fact that the Autopilot software is still in a "public beta" development phase and requires drivers to remain alert and ready to resume control at any time.

It is important to note that Tesla disables Autopilot by default and requires explicit acknowledgement that the system is new technology and still in a public beta phase before it can be enabled. 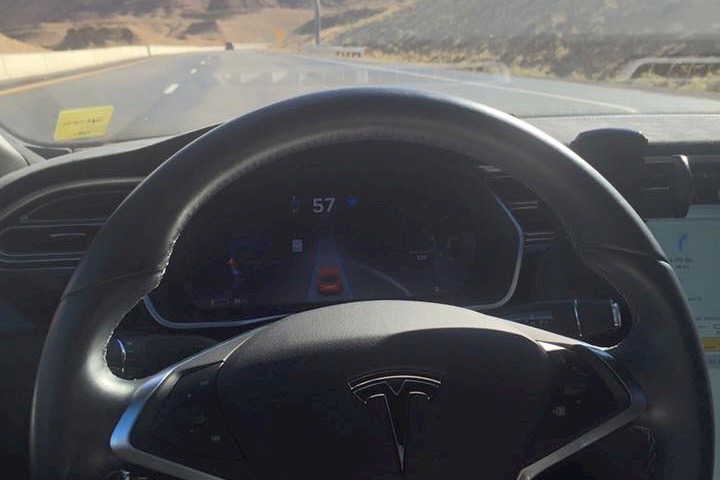 When drivers activate Autopilot, the acknowledgment box explains, among other things, that Autopilot “is an assist feature that requires you to keep your hands on the steering wheel at all times," and that "you need to maintain control and responsibility for your vehicle” while using it. Additionally, every time that Autopilot is engaged, the car reminds the driver to “Always keep your hands on the wheel. Be prepared to take over at any time.”

The system also makes frequent checks to ensure that the driver's hands remain on the wheel and provides visual and audible alerts if hands-on is not detected. It then gradually slows down the car until hands-on is detected again.

Tesla Motors CEO Elon Musk has argued that autonomous or self-driving vehicles should not be evaluated on whether they're perfect under all circumstances.

Instead, he suggests, they should be assessed on whether they reduce rates of crashes, injuries, and deaths compared to the rates for drivers themselves.