Best Buy's Geek Squad tech-support unit is getting a makeover.

Since the service launched nationwide in 2004, it has primarily used a fleet of black-and-white Volkswagen Beetles, known as "Geekmobiles."

Those vehicles are about to be replaced with 1,000 2016 Toyota Prius C hybrids.

The subcompact hybrids are entering service now, decked in a mostly-black livery with a new Geek Squad logo. 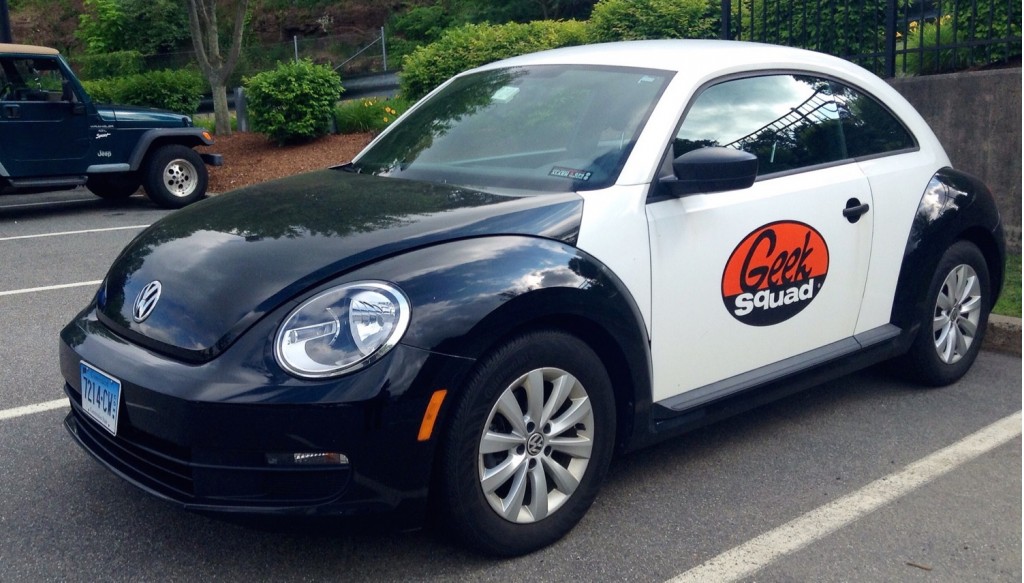 Its powertrain consists of a version of the Toyota Hybrid Synergy Drive system with a 1.5-liter Atkinson-cycle four-cylinder engine.

Total system output for the smallest member of the Prius "family" is 99 horsepower.

Baldwin said about 700 of the 1,000 cars will enter the fleet immediately, with the rest joining later this year.

The hybrids will help Best Buy meet a goal of reducing its carbon emissions 45 percent by 2020.

Best Buy previously deployed a handful of Mitsubishi i-MiEV electric cars in the Geek Squad fleet, but the Beetle was the mainstay until now. 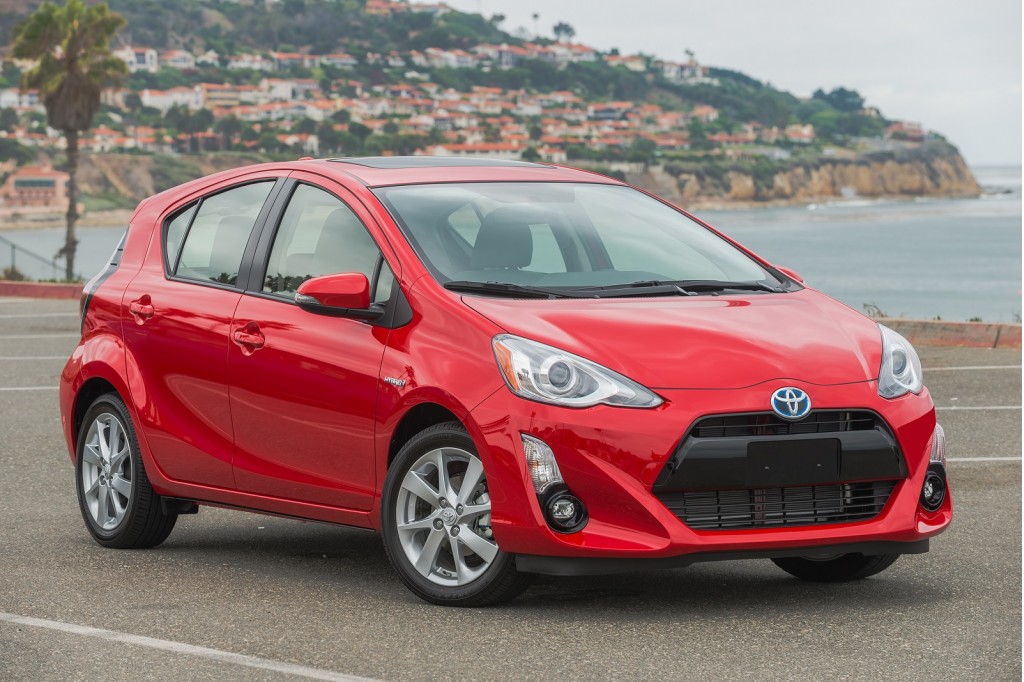 In addition to its fuel economy, the five-door hatchback Prius should provide greater interior flexibility compared to the two-door Beetle.

The news spurred Best Buy to "accelerate plans to transition the Geekmobile," she said.

Toyota may have offered Best Buy a good deal, too, given that Prius "family" sales are lagging due in part to low gas prices.

The Prius C received a facelift for 2015, but still rides on the same platform introduced for the 2012 model year. 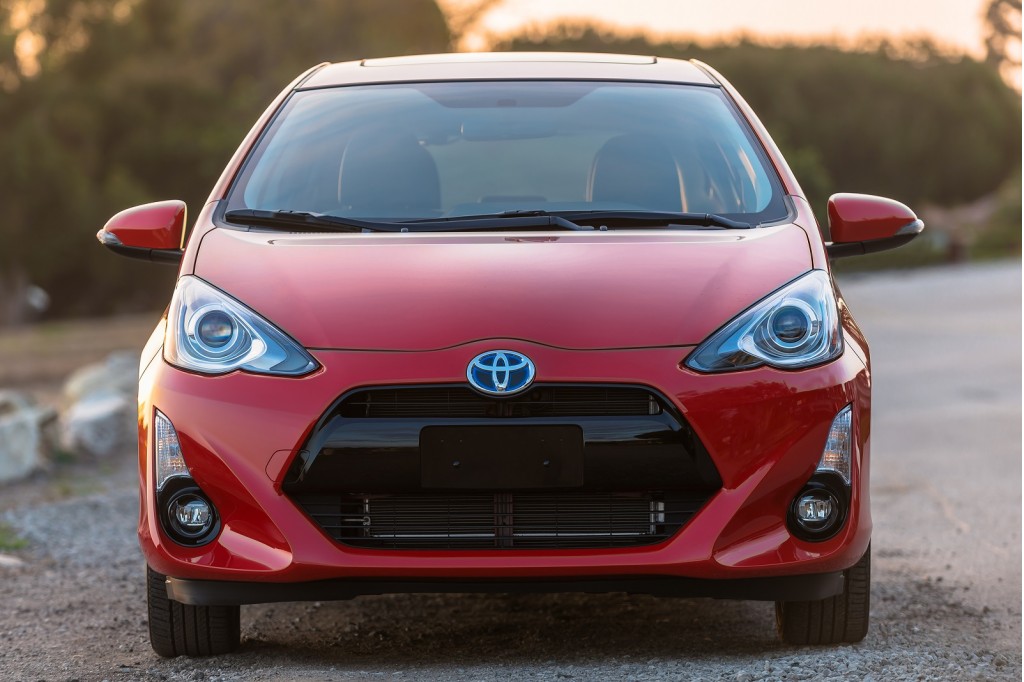 That means it should be due for a full redesign by industry standards.

Toyota recently introduced a new fourth-generation Prius and Prius Prime plug-in hybrid, but a Prius C redesign may still have to wait.

Poor hybrid sales have led Toyota to consider shrinking the Prius "family," so the Prius C is in limbo for now.