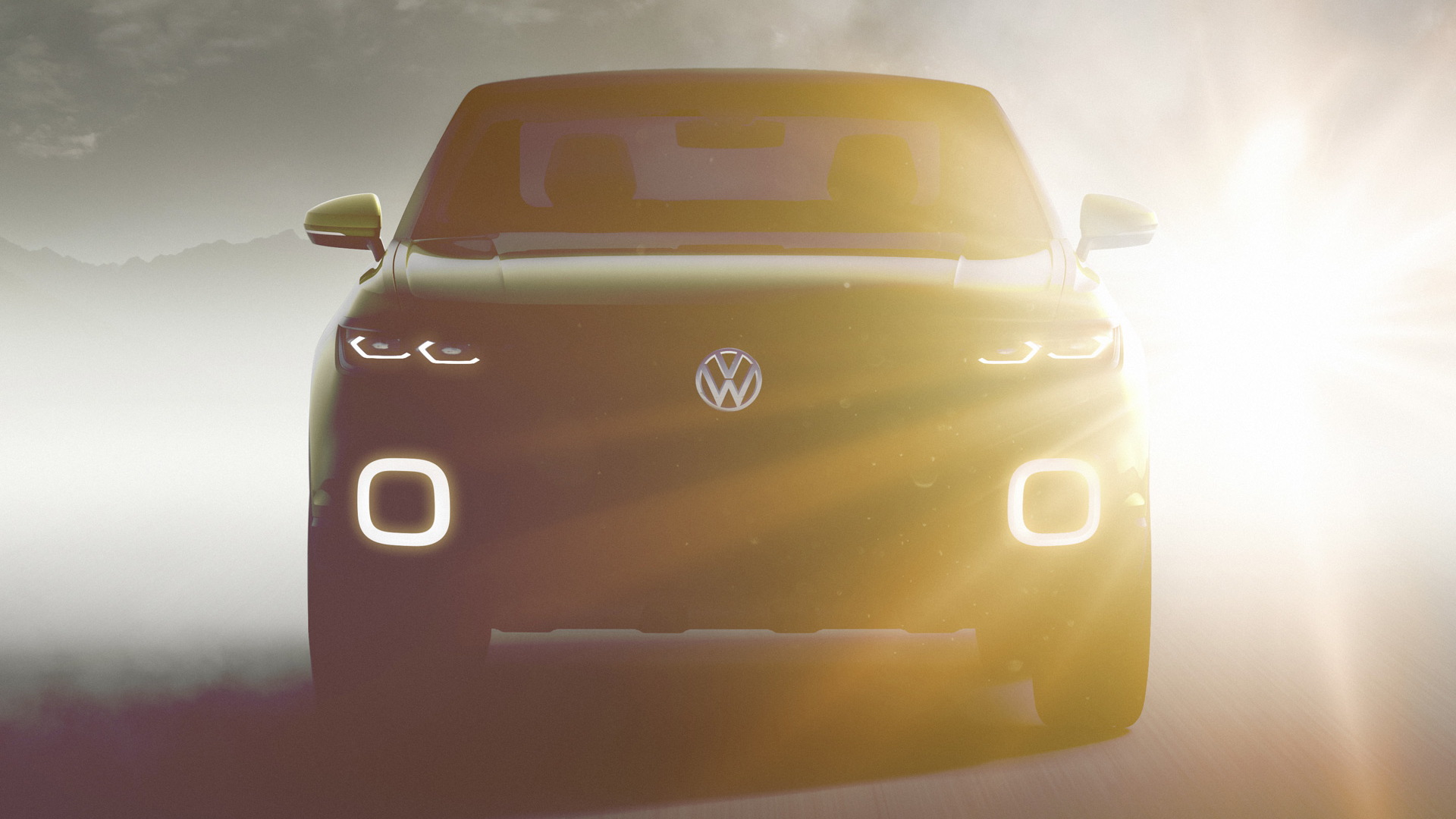 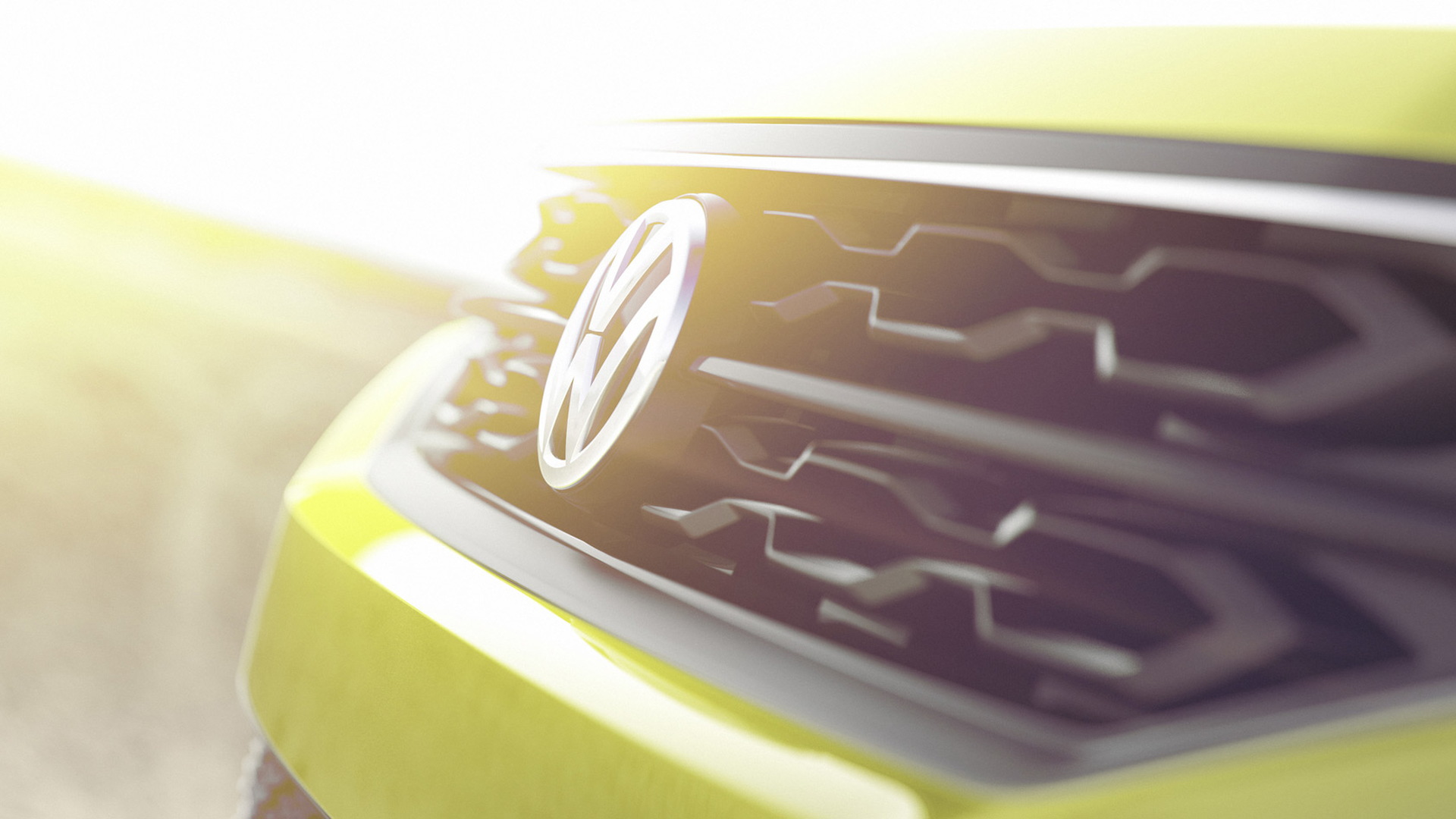 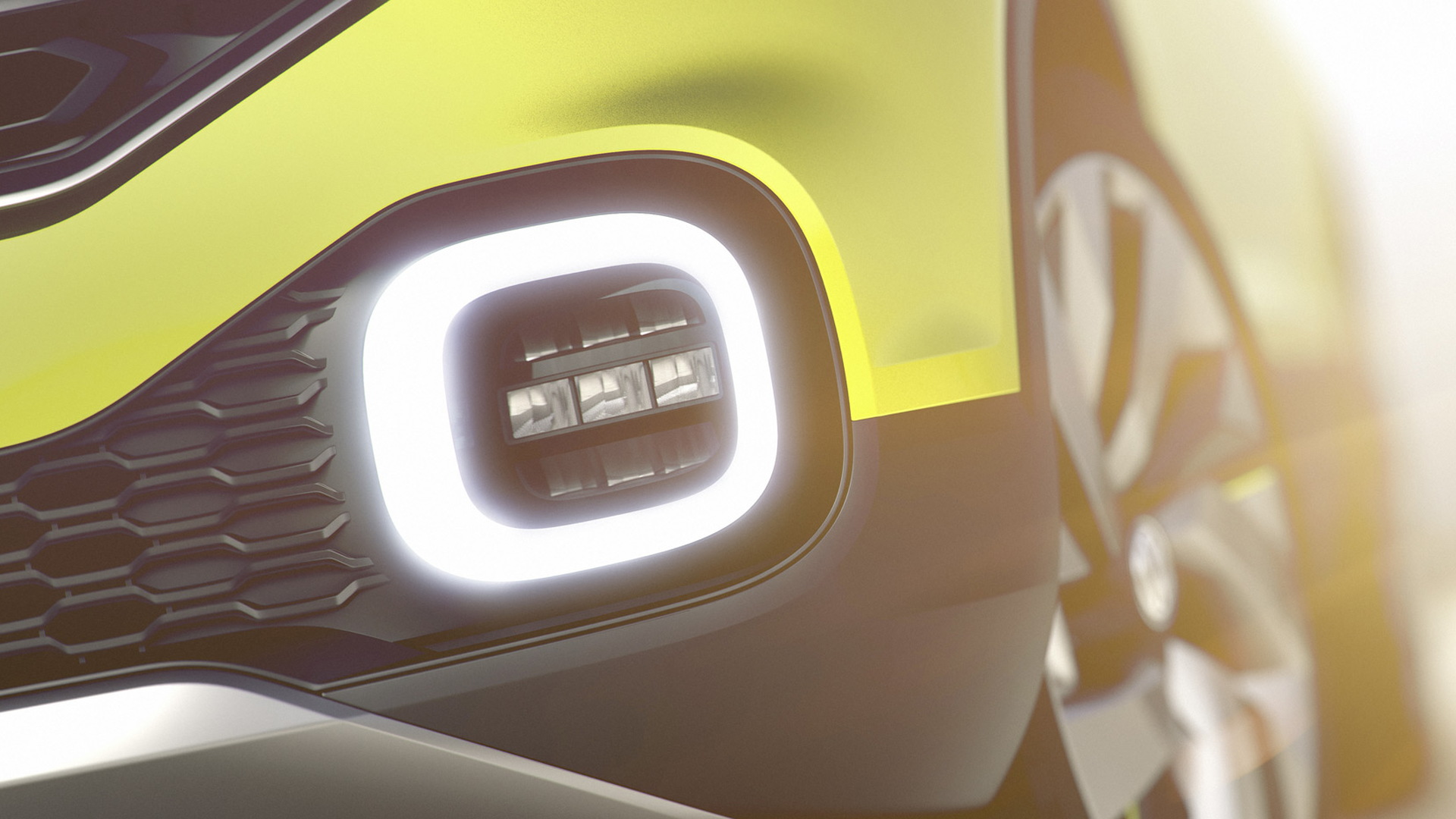 Volkswagen has released some limited shots of a concept-vehicle debut for the upcoming 2016 Geneva Motor Show.

The concept is almost certainly a refined version of the Golf-sized crossover utility vehicle, that was first previewed by the T-Roc Concept from the 2014 Geneva show.

The small crossover would be built on the same MQB underpinnings used by the Golf lineup, as well as pretty much all of the brand’s main-line models except the Touareg SUV and Phaeton flagship sedan.

“With this vehicle, Volkswagen gives a realistic perspective on a completely new model series and at the same time on the future production model,” the automaker says, in a very sparse release accompanying the concept tease.

Here, we see some changes versus the T-Roc Concept—especially in some refined, flattened front fender sculpting, plus reshaped and refined air-dam cues. Although much of the stance and the grille and headlight designs remain.

The new crossover concept will follow some of the design traits shown in the all-electric Budd-e van concept that was introduced at the Consumer Electronics Show (CES) in Las Vegas in January—most notably, how it’s nearly free of hard switches and switchgear.

What’s under the hood? We’d place our bets on a version of Volkswagen’s 1.4-liter TSI turbocharged four-cylinder engine—which could push U.S. EPA numbers around or above 35 mpg Combined. But this is premature; stay tuned for more details on this concept as we cover it all from the show floor next week.