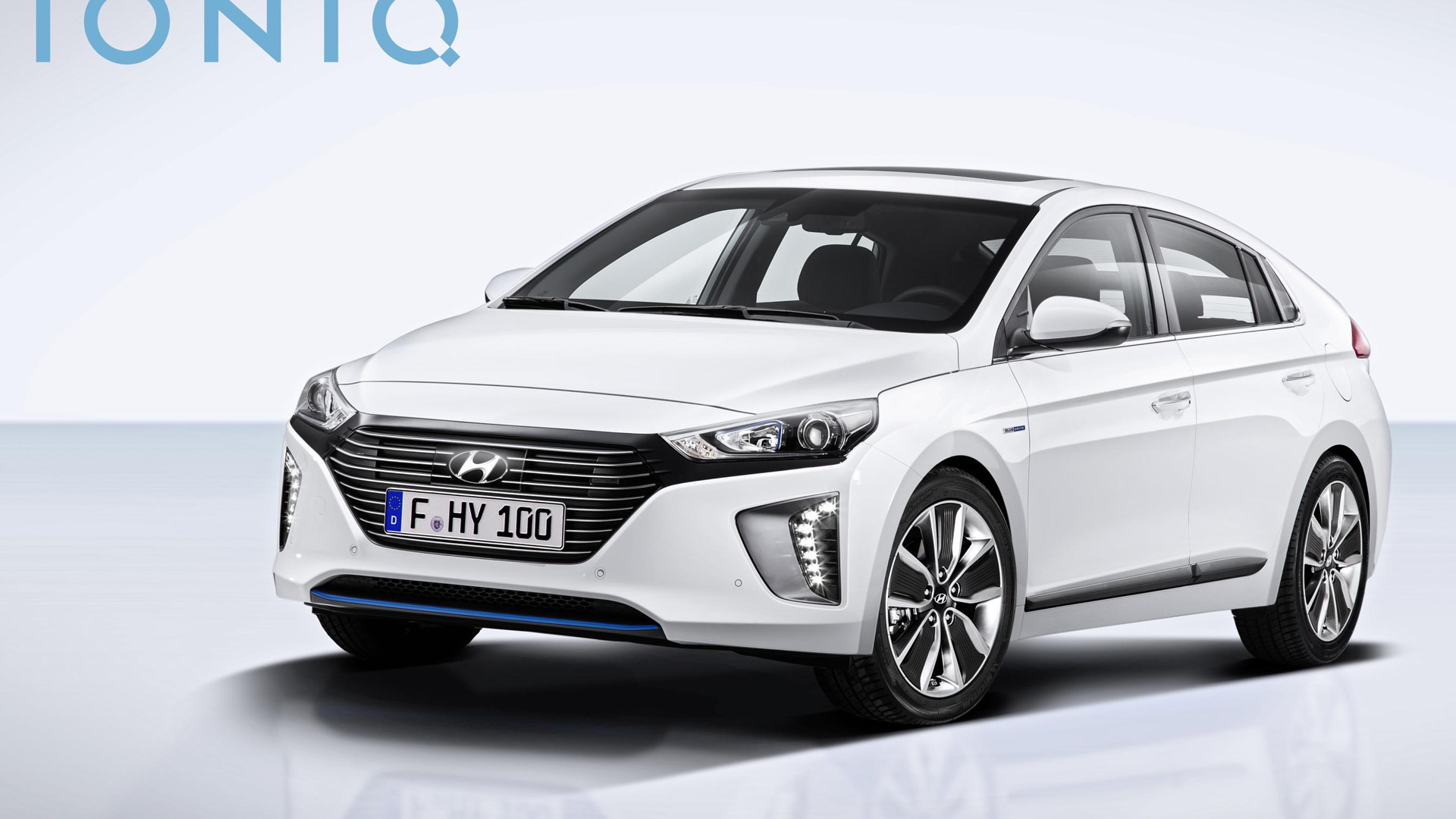 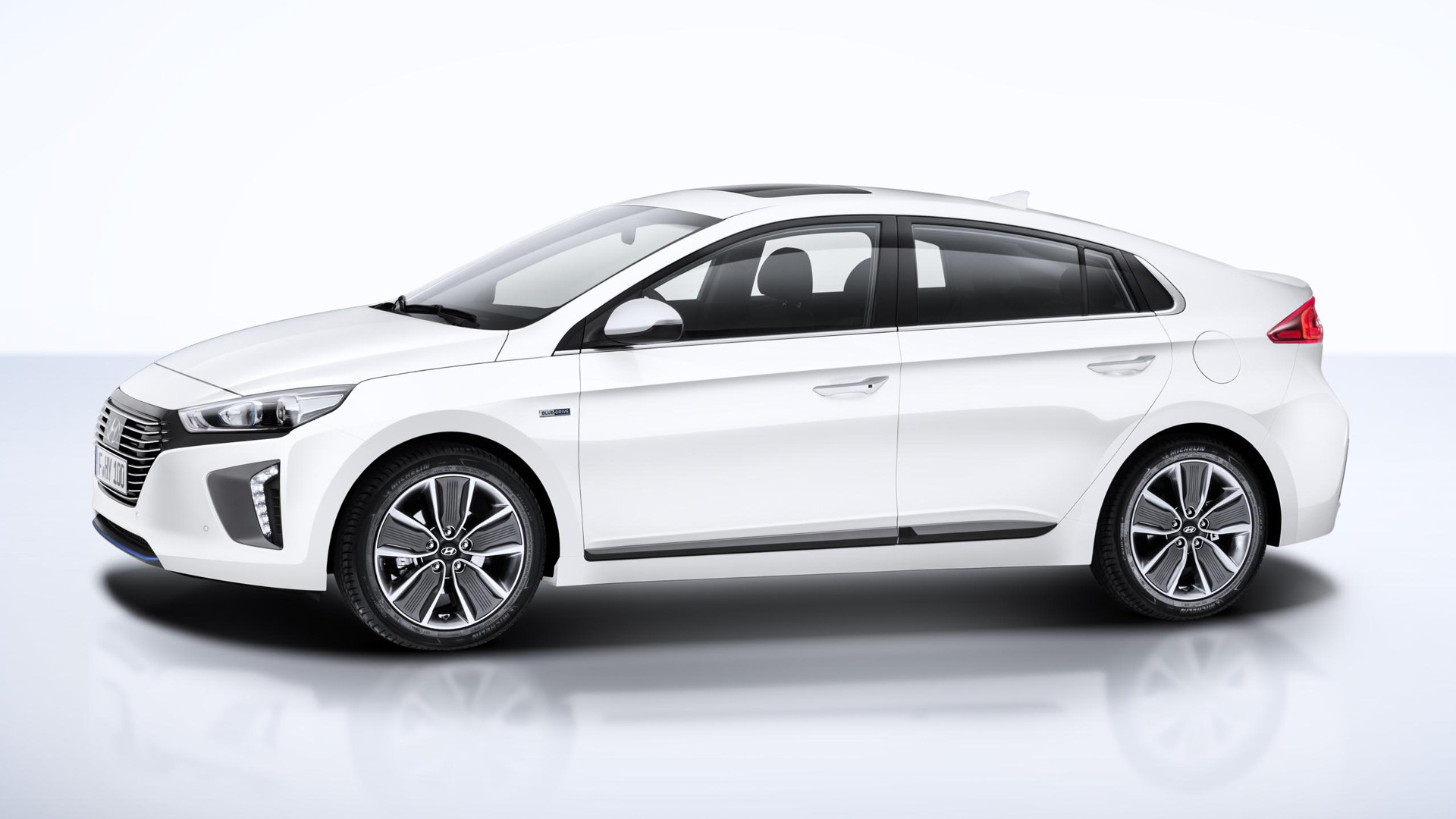 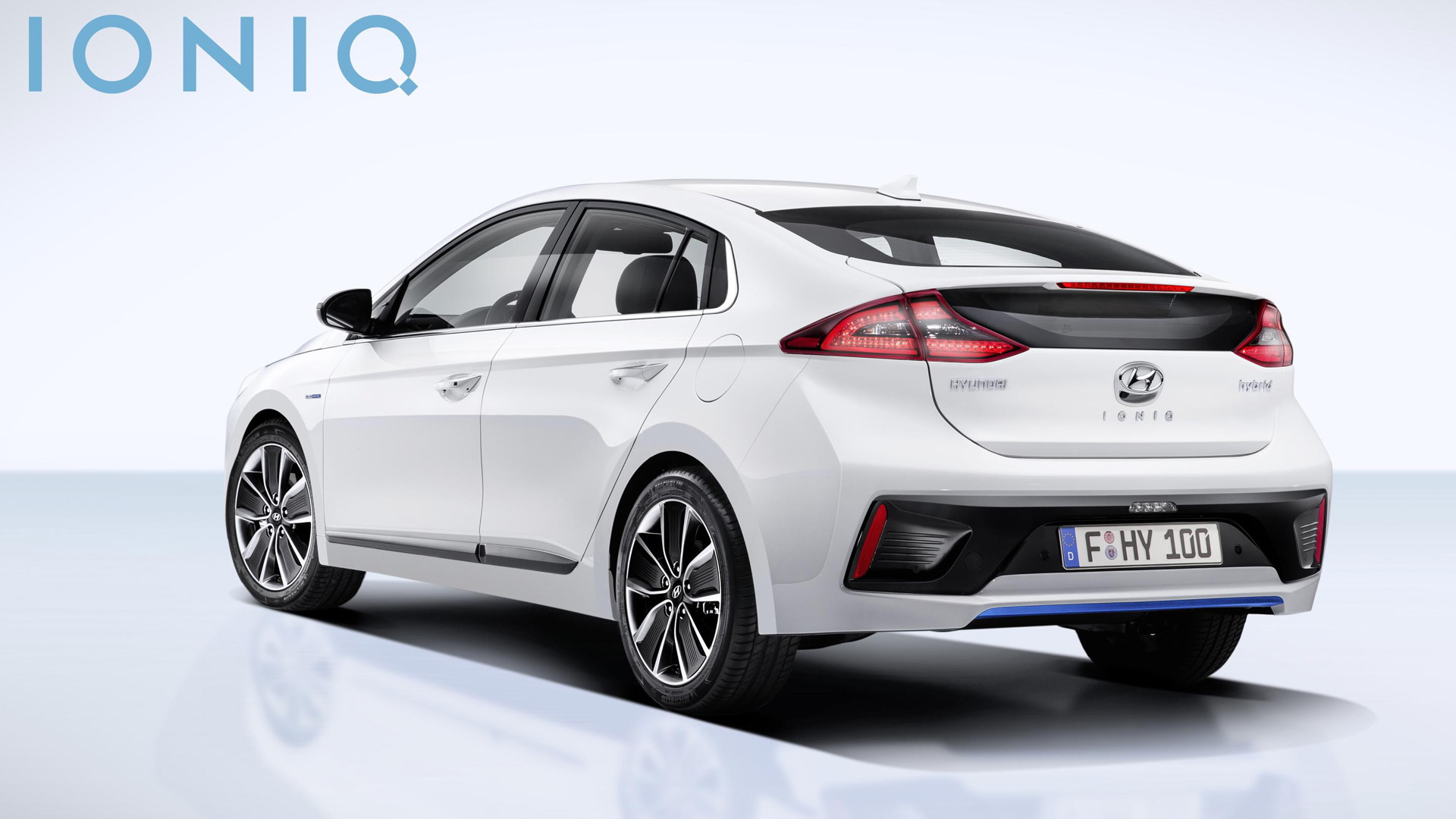 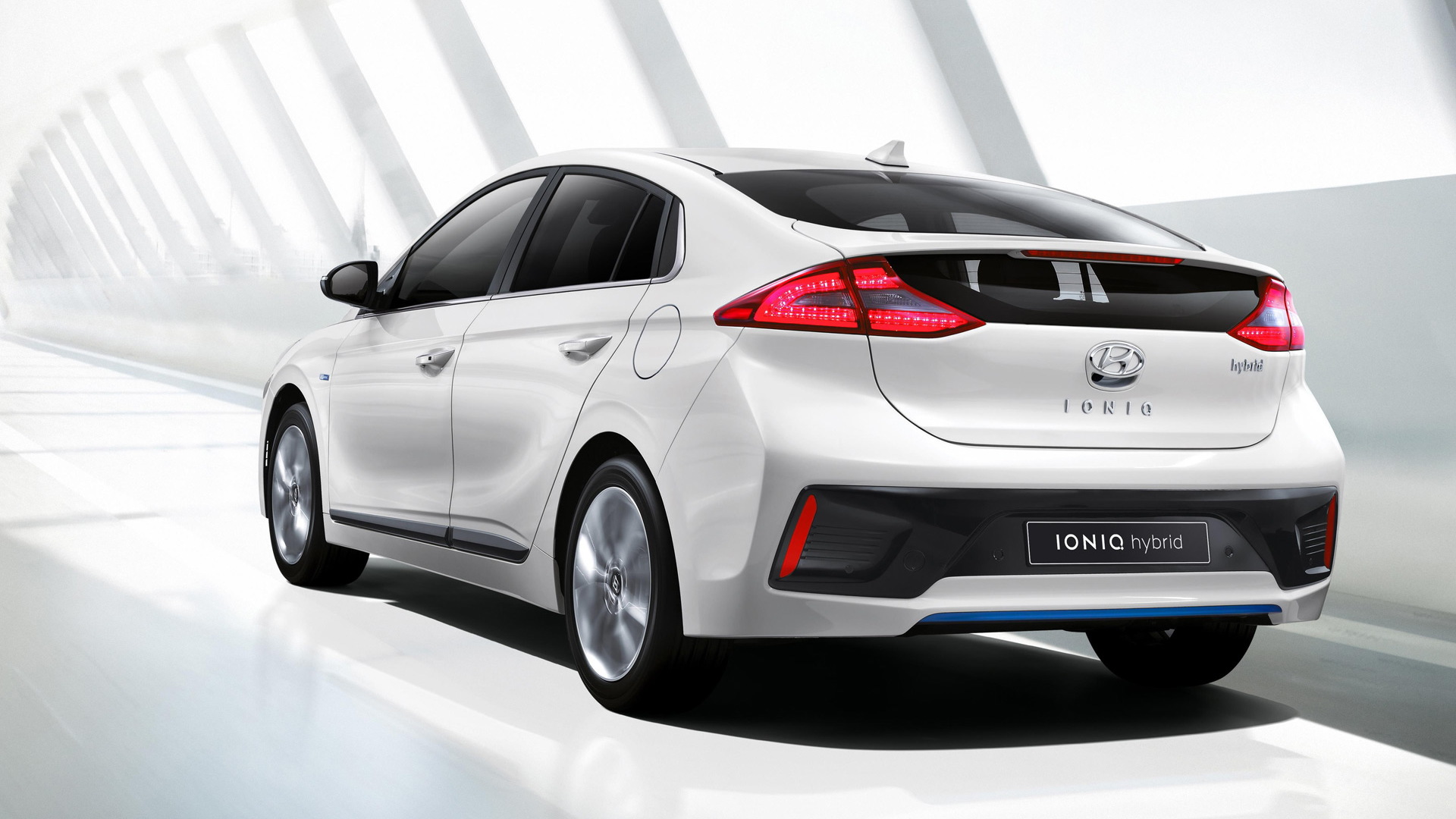 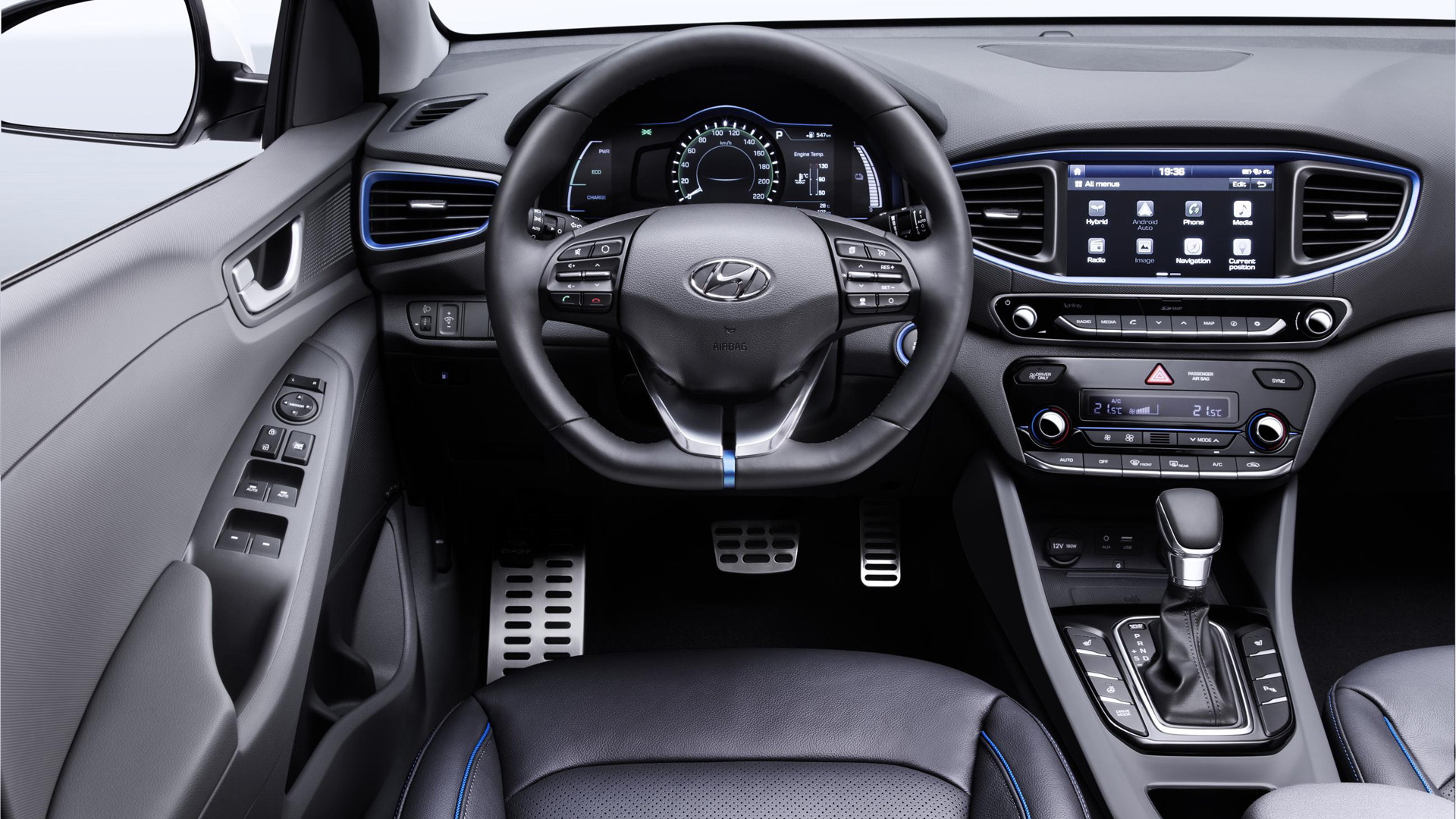 We now have even more photos and details of the Prius-fighting 2017 Hyundai Ioniq five-door hatchback.

The Ioniq lineup will ultimately include hybrid, plug-in hybrid, and battery-electric variants of the same compact car.

For now though, Hyundai is only discussing the hybrid.

Last week, its Korean public-relations office released a pair of photos. Now we have several more, along with some details of the hybrid powertrain and the car's structure.

[EDITOR'S NOTE: We first published this story on January 8, with the two exterior shots that were available at the time. Now, Hyundai has released many more shots of the Ioniq. You can see the complete set in the photo gallery at the top of the article.]

The interior also offers no real surprises, sporting a large central display screen and flat-bottomed steering wheel, as in a previously-released teaser. Hyundai has said it used "eco-friendly" materials for the cabin. 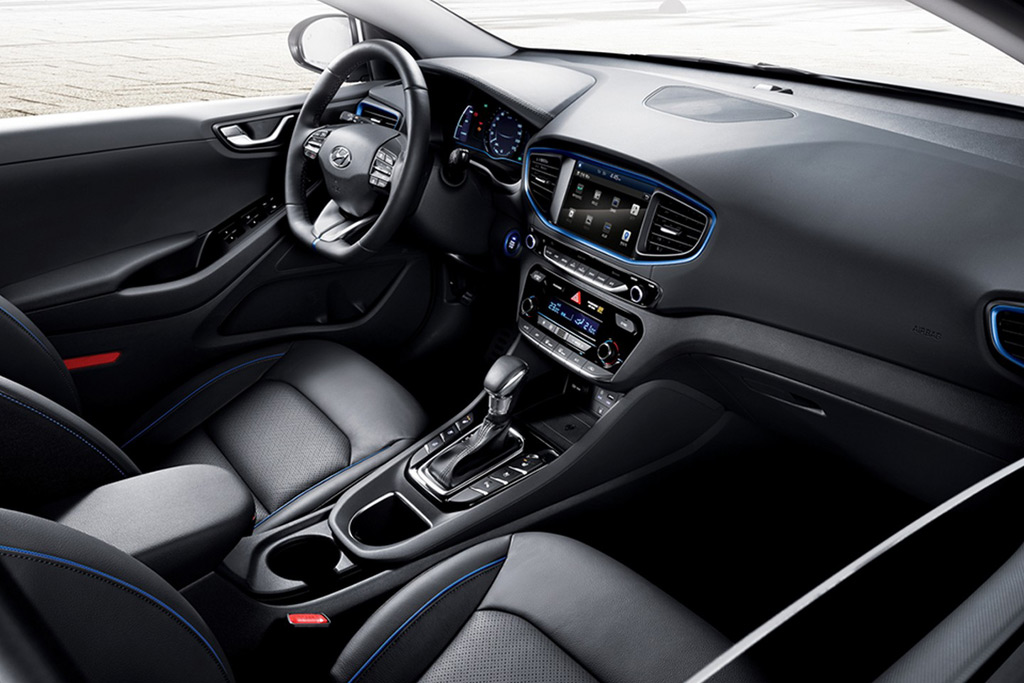 The Ioniq will ride on a new platform that has some underpinnings shared with the 2017 Elantra sedan.

Its structure is composed of 54 percent high-strength steel, while certain parts including the hood, tailgate, and some suspension components are aluminum.

Overall, Hyundai claims weight savings of 45 percent compared to a car made solely from conventional steel.

Under the aluminum hood, the Ioniq hybrid will use a 1.6-liter four-cylinder engine, mated to a six-speed dual-clutch transmission.

Hyundai claims this version of the engine will achieve 40 percent thermal efficiency--rivaling the efficiency of the 2016 Toyota Prius engine.

It produces 103 horsepower and 108 pound-feet of torque, while an electric motor will produce 43 hp and 125 lb-ft. 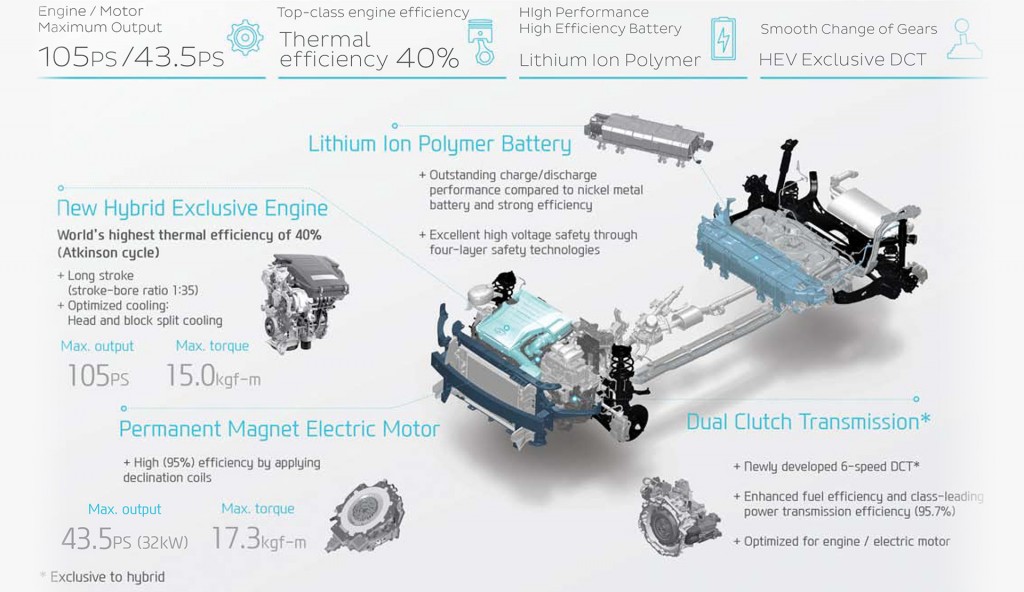 Hyundai did not list a total system output, and simply adding those figures together may not work because of differences in torque curves.

The plug-in hybrid could use similar hardware, with a larger battery pack and more powerful motor, as Hyundai has done with the Sonata Hybrid and related Sonata Plug-In Hybrid.

Hyundai believes the ioniq Hybrid will achieve 52.7 mpg, as measured on the Korean testing cycle, according to Reuters.

It will be followed by the battery-electric and plug-in hybrid versions, details of which should be revealed in the coming weeks.

We'll also get a closer look at the Ioniq when it appears at the 2016 Geneva Motor Show and 2016 New York Auto Show, both in March.