As world leaders met this past week in Paris to discuss carbon reductions on a global scale, mayors of four large West Coast cities—Los Angeles, San Francisco, Seattle, and Portland—met in Portland for a two-day summit and united to reduce carbon emissions on a regional level.

The signed declaration, by the mayors of those cities and of Eugene, Oregon, includes joint plans to cut carbon emissions by 80 percent by 2050 within their cities.

It would involve more use of renewable energy sources, accelerated conversions of city fleets to electric and biodiesel vehicles, and more investment of federal funds toward public transit expansion.

The announcement follows the recent state-level announcement that California, Washington, Oregon, and British Columbia have signed on to a Pacific Coast Collaborative aiming to “build thriving, livable, low-carbon economies along the West Coast.”

Along with other ZEV-emissions states, the same group also simultaneously joined the International ZEV Alliance, which aims to make all new cars emission-free by 2050.

A time of West Coast action

Both movements have made mention of pushing ahead with progress during what’s perceived as a time of federal-government inaction.

Portland mayor Charlie Hales cited comments made by Pope Francis associating issues of homelessness with climate change—which another part of the summit was dedicated to.

“We as mayors see that connection,” said Hales. “In housing, homelessness, and climate, cities are where the forward motion lies, and where the innovation and focus is most pronounced.”

“But we can’t make progress alone on these issues...we need state and federal partners in our work on climate as well,” Hales added, pointing to the need for Congress to continue the solar tax credit, and for more transit funding—with an increasing commitment over time.

Los Angeles mayor Eric Garcetti stressed that this isn’t symbolic, but a means to set a roadmap to take unified action. Garcetti announced that the initial steps have been made to establish a consortium between the cities, to leverage purchasing power for buying electric vehicles—all the way from sedans to medium and heavy-duty trucks. 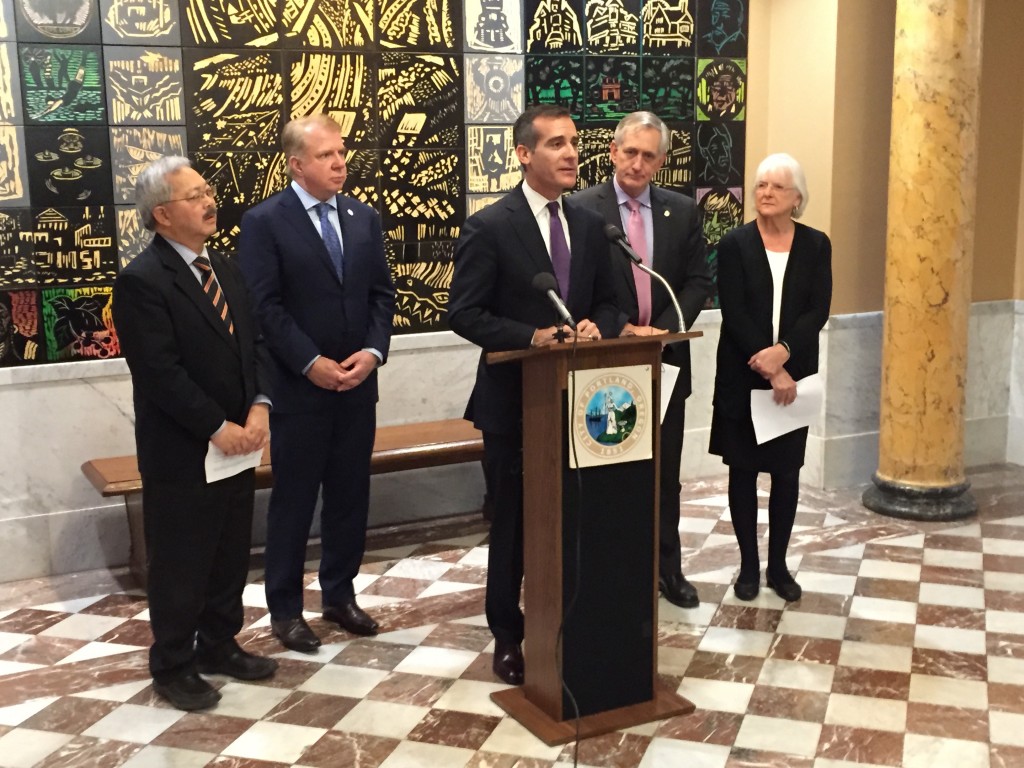 “The idea is that if we put out a request for interest, which I think we’re going to do, we have a formal consortium, we can have companies step up and say we might not be able to just do trash trucks for LA, but we can if we can do them for Portland, for Eugene, Seattle, San Francisco,” said Garcetti.

“And we feel like the West Coast can really drive change in the way people get around and the way these vehicles are used.”

Los Angeles is testing electric buses, and the LAPD has been testing BMW i3 and Tesla Model S electric cars. 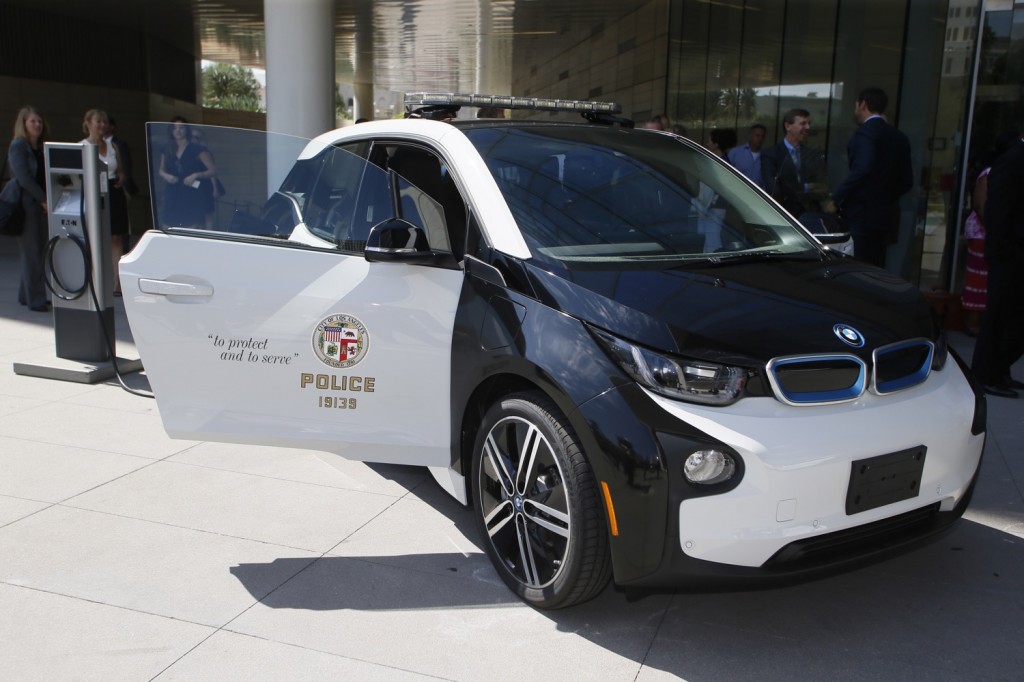 Garcetti mentioned that when he was in Paris, he and (Portland mayor) Hales met with car-sharing company Bolloré, regarding the potential expansion of its comprehensive all-electric car-sharing program to U.S. West Coast cities.

“We’re looking at what we can do in bulk to bring down those prices, and for companies to say hey, it’s not just a risk we’re taking in one city, we’re looking at four or five or more cities along the West Coast that will all look at that,” said Garcetti, pointing to the I-5 Electric Highway.