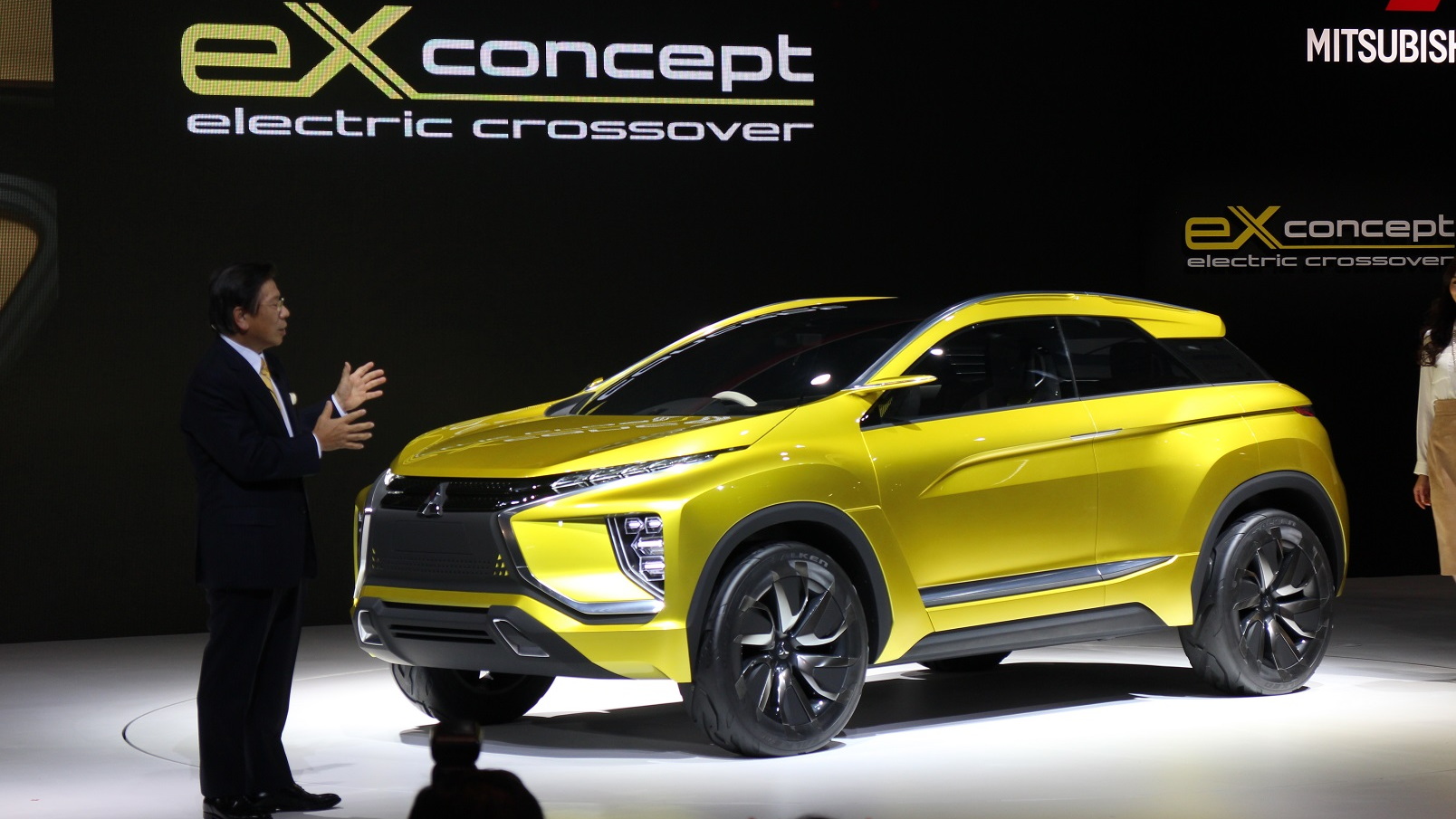 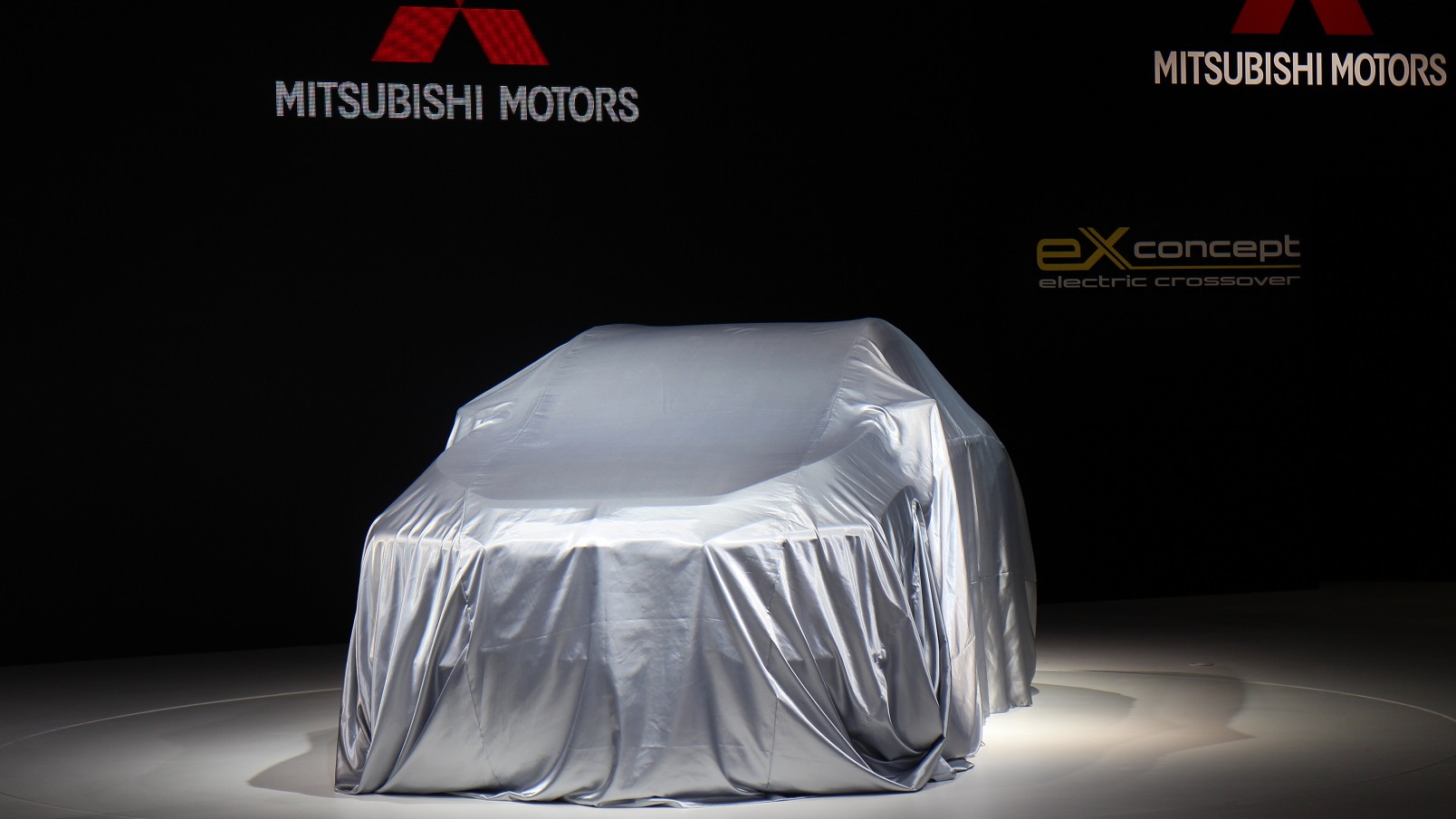 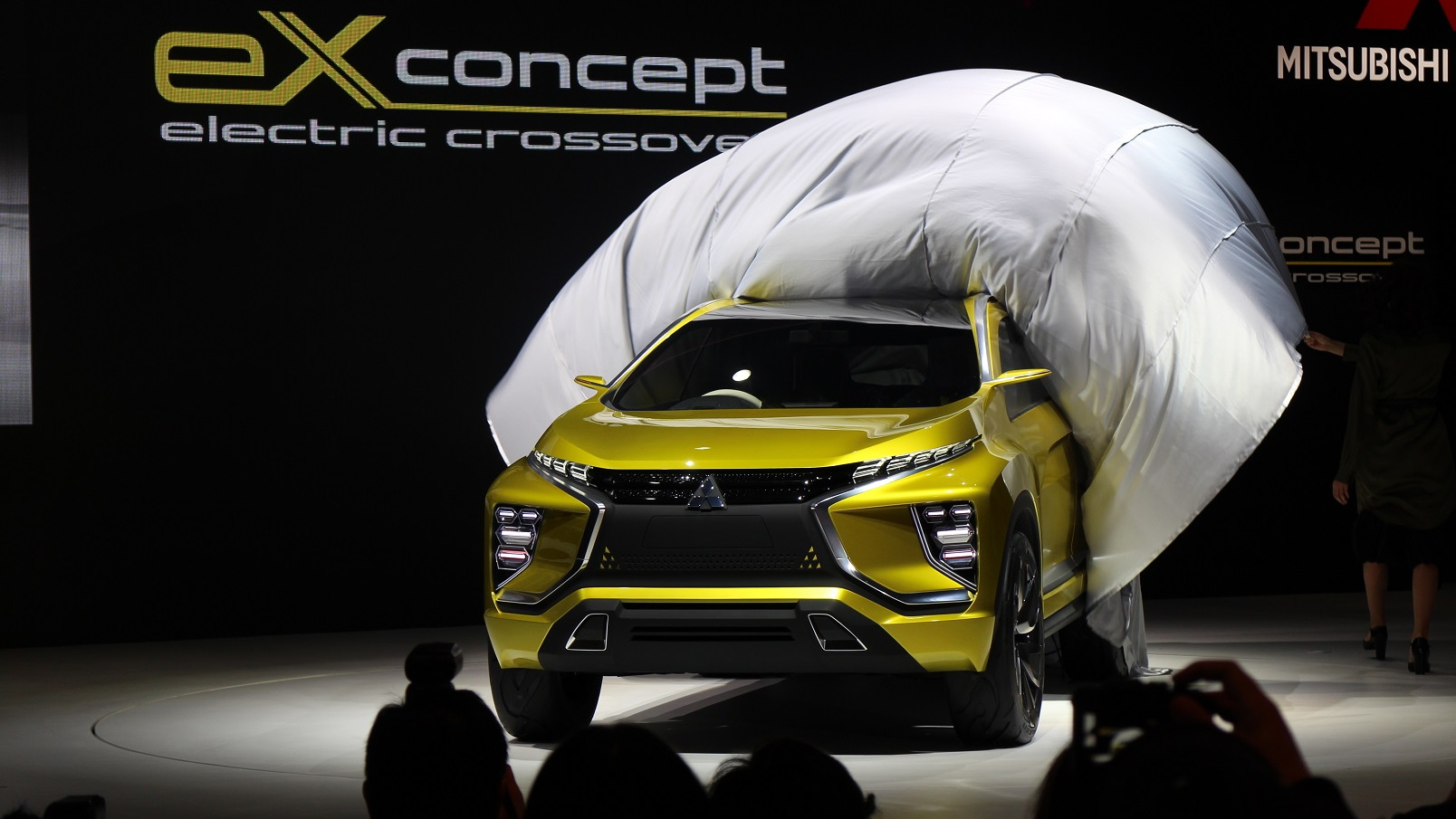 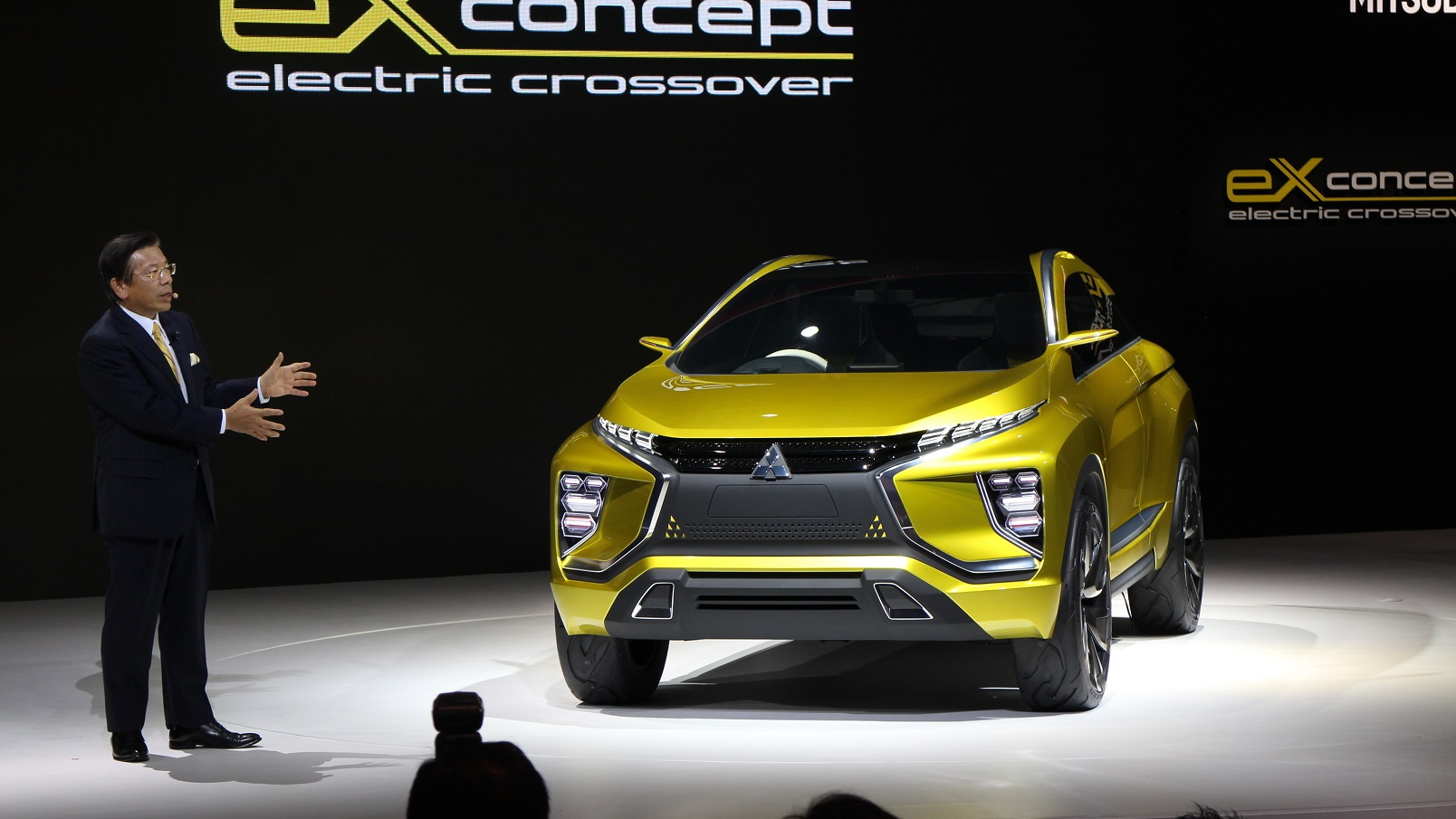 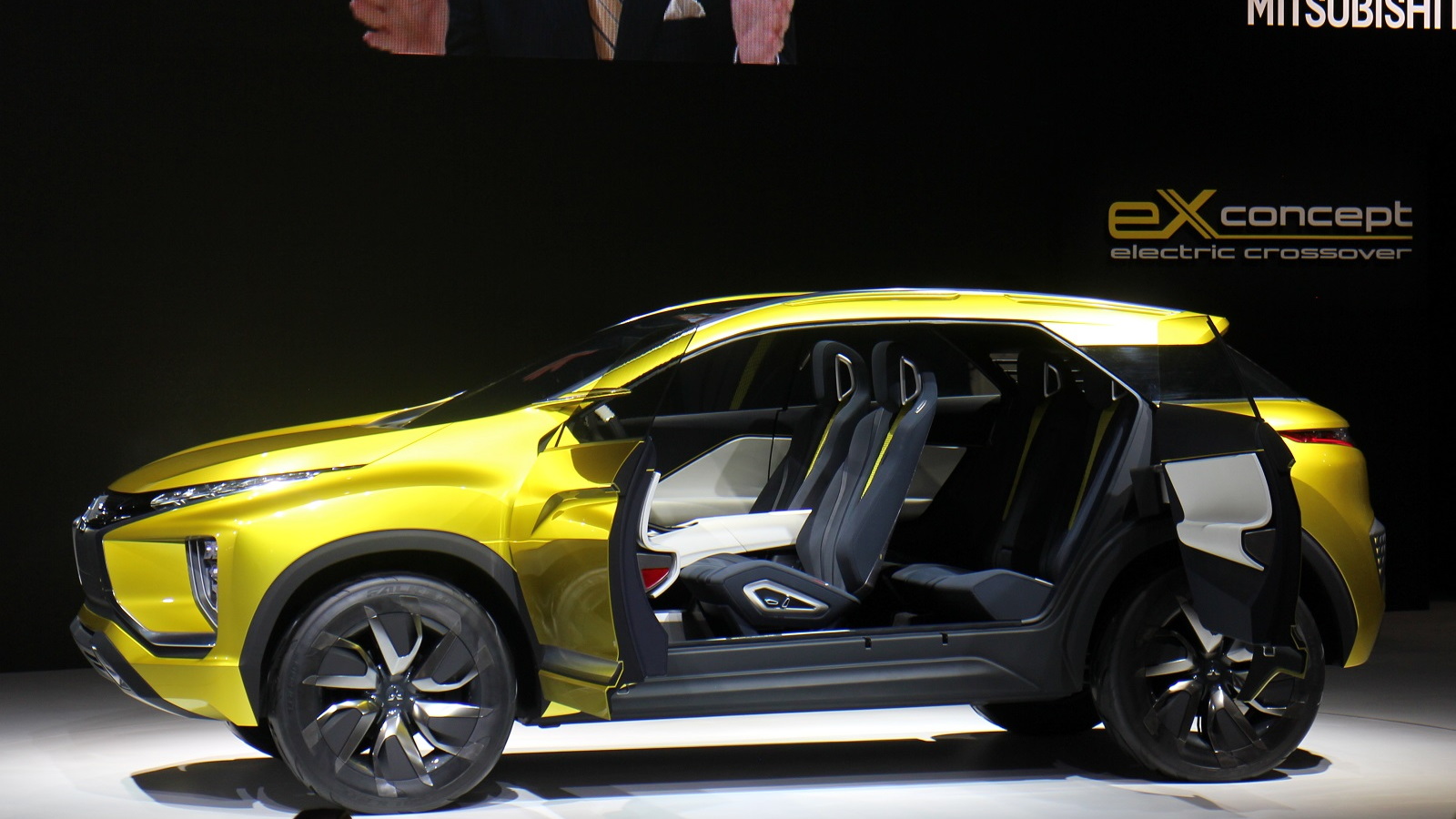 The only new battery-electric concept car from a major automaker was unveiled at the Tokyo Motor Show today, from a company that hasn't had a lot of new product lately.

The Mitsubishi eX Electric Crossover Concept is just what its name would indicate: a concept version of a compact crossover utility vehicle powered entirely by electricity.

The company had given out many of the details, along with preview photos, a couple of weeks ago--and we didn't hear a lot more that was new today.

As before, a 45-kilowatt-hour battery pack powers a pair of 70-kilowatt electric motors, one on each axle.

The quoted range is p to 400 kilometers (248 miles), according to Mitsubishi, though that's on the lenient Japanese test cycle.

On the inside, the eX also boasts an augmented-reality windshield display, as well as a more traditional screen located in the center of the instrument cluster.

Powertrain aside, the eX itself is expected to preview the design of the next Mitsubishi Outlander Sport, an aging entry in the red-hot segment of compact crossovers these days.

Mitsubishi showed an XR-PHEV II Concept in Geneva this past spring that was touted as previewing a plug-in hybrid version of the next Outlander Sport as well.

While similar in overall form, the two concepts differ in details like fender flares, roof pillars, and accent-line sculpting.

Whether the eX reflects updates to the concept that bring it closer to a production model is less certain, but either way, we're fairly confident the 2017 Mitsubishi Outlander Sport will resemble the eX Concept--even though it'll be introduced first with a gasoline engine.

Compact crossover sales have surged in North America as gas prices have remained historically low, and the Outlander Sport remains one of the struggling carmaker's most popular models.

For all the news from today's press events at the 2015 Tokyo Motor Show, head over to our news page with the latest live photos and other news.