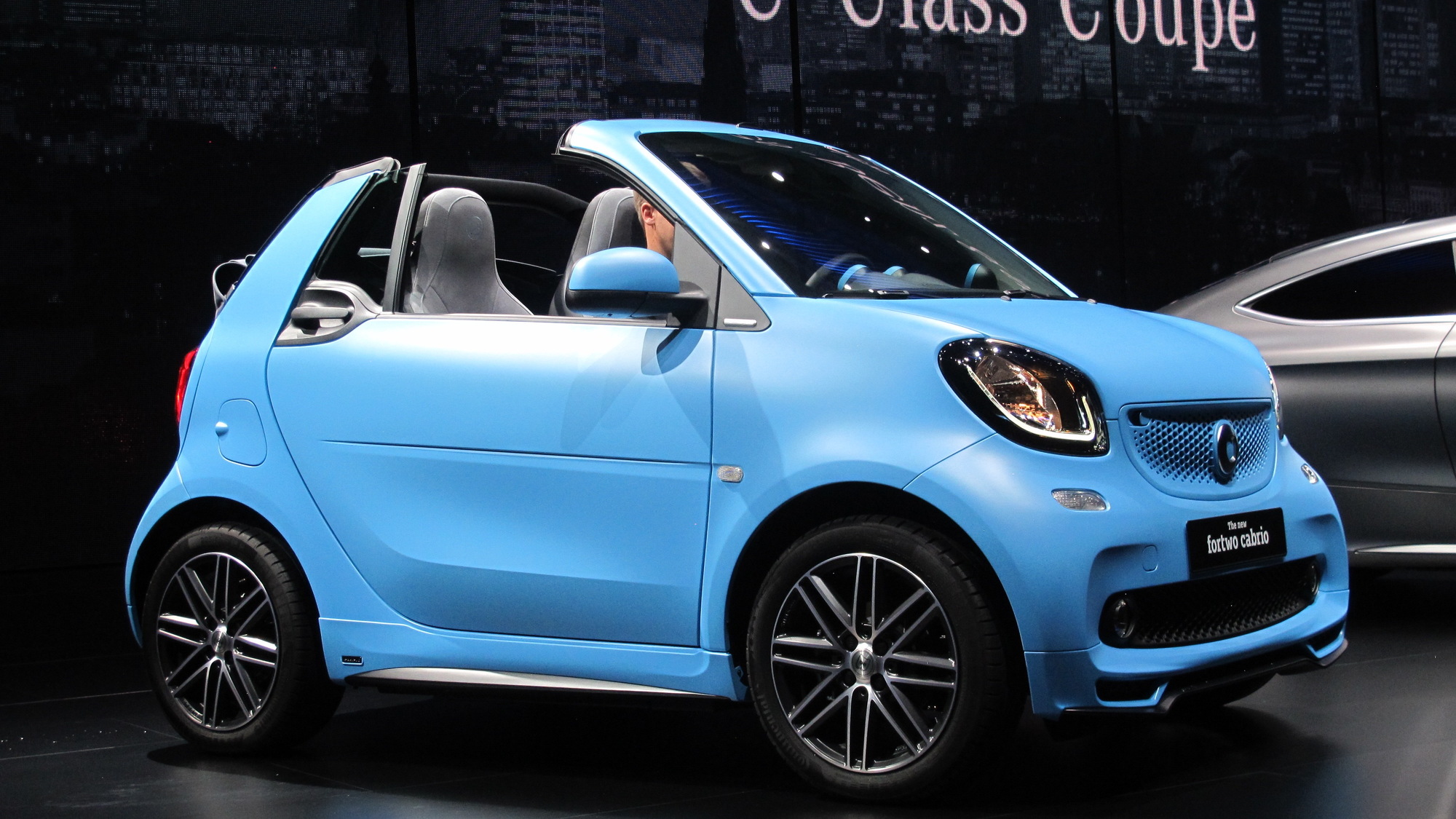 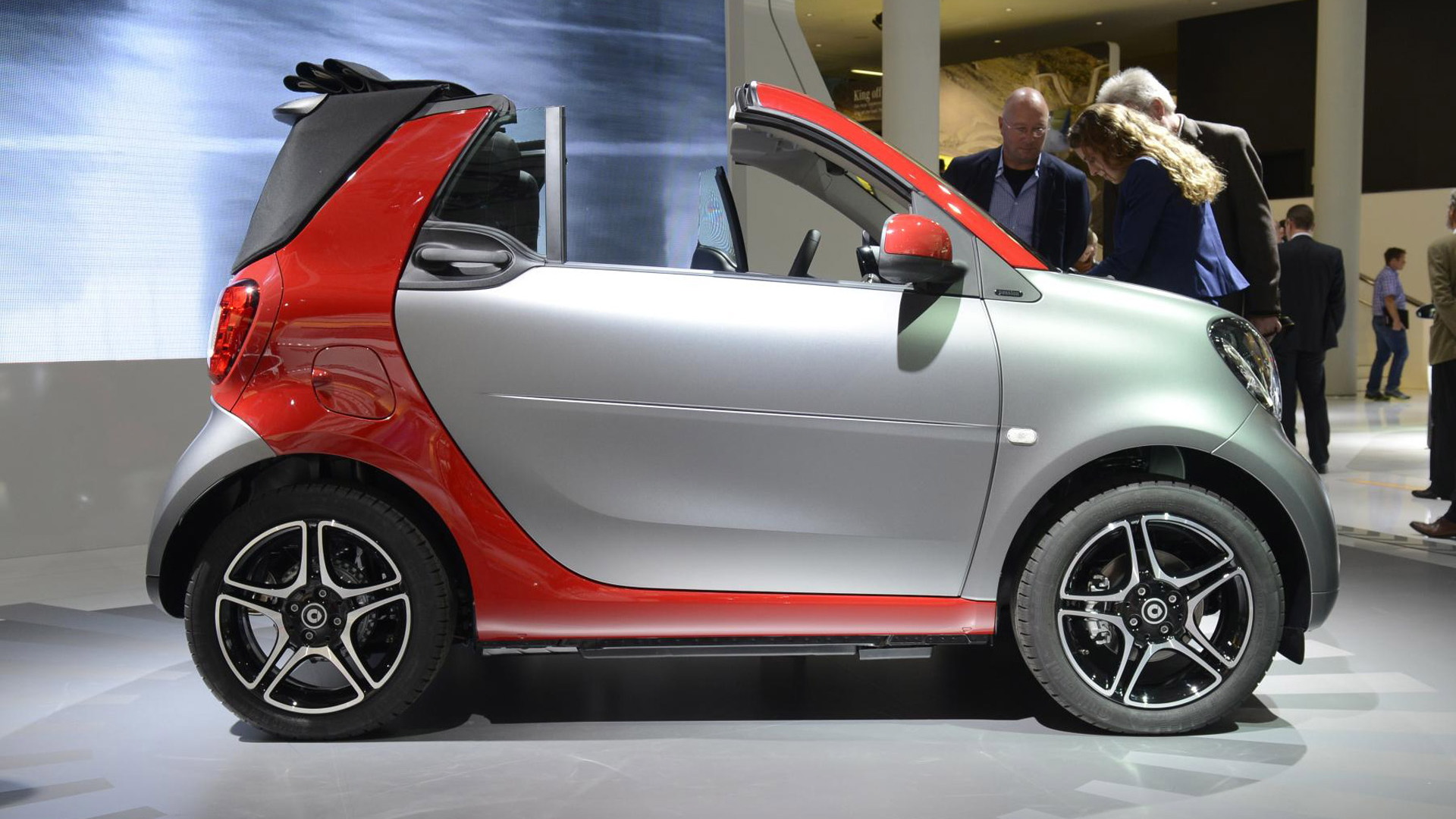 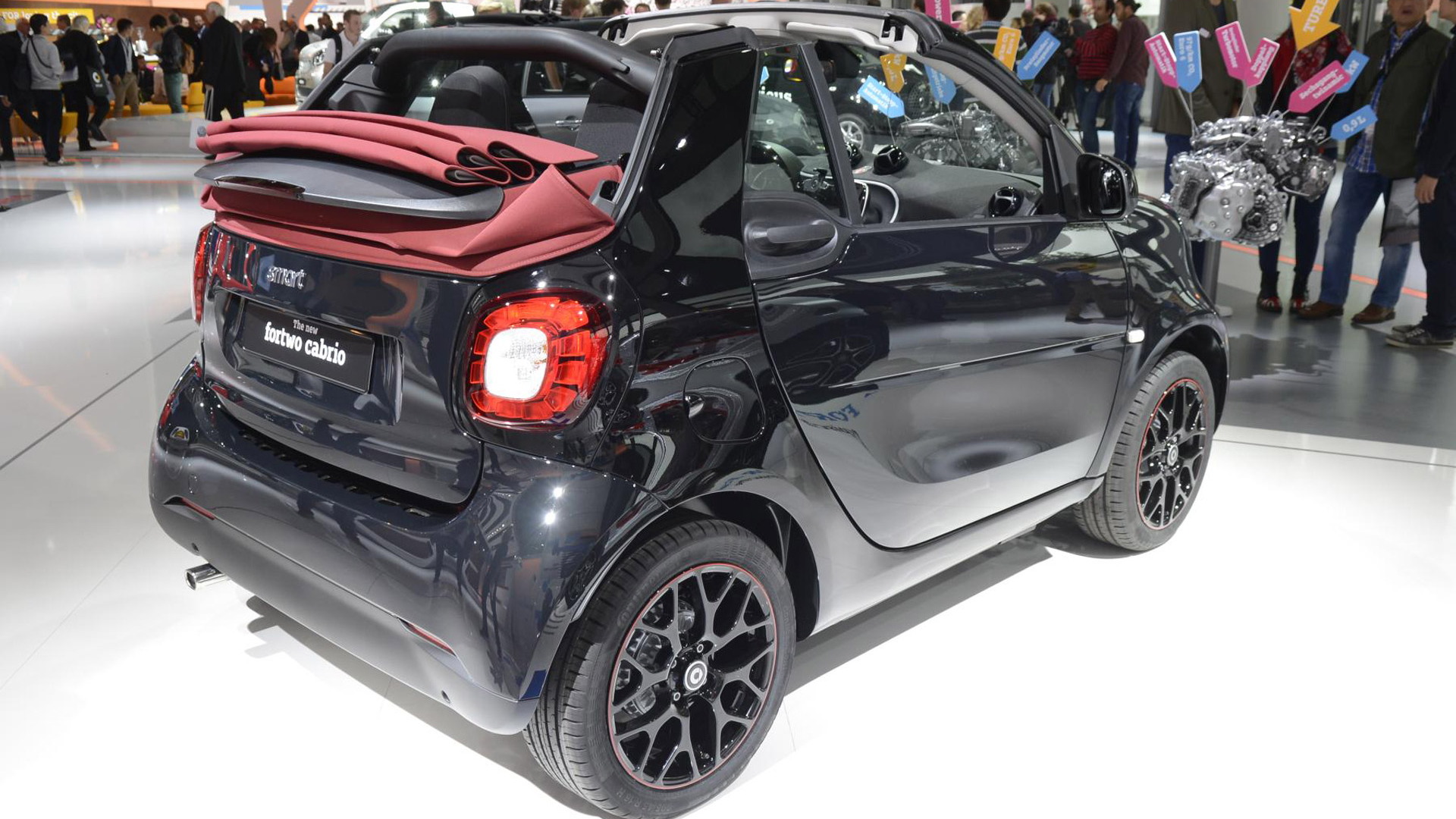 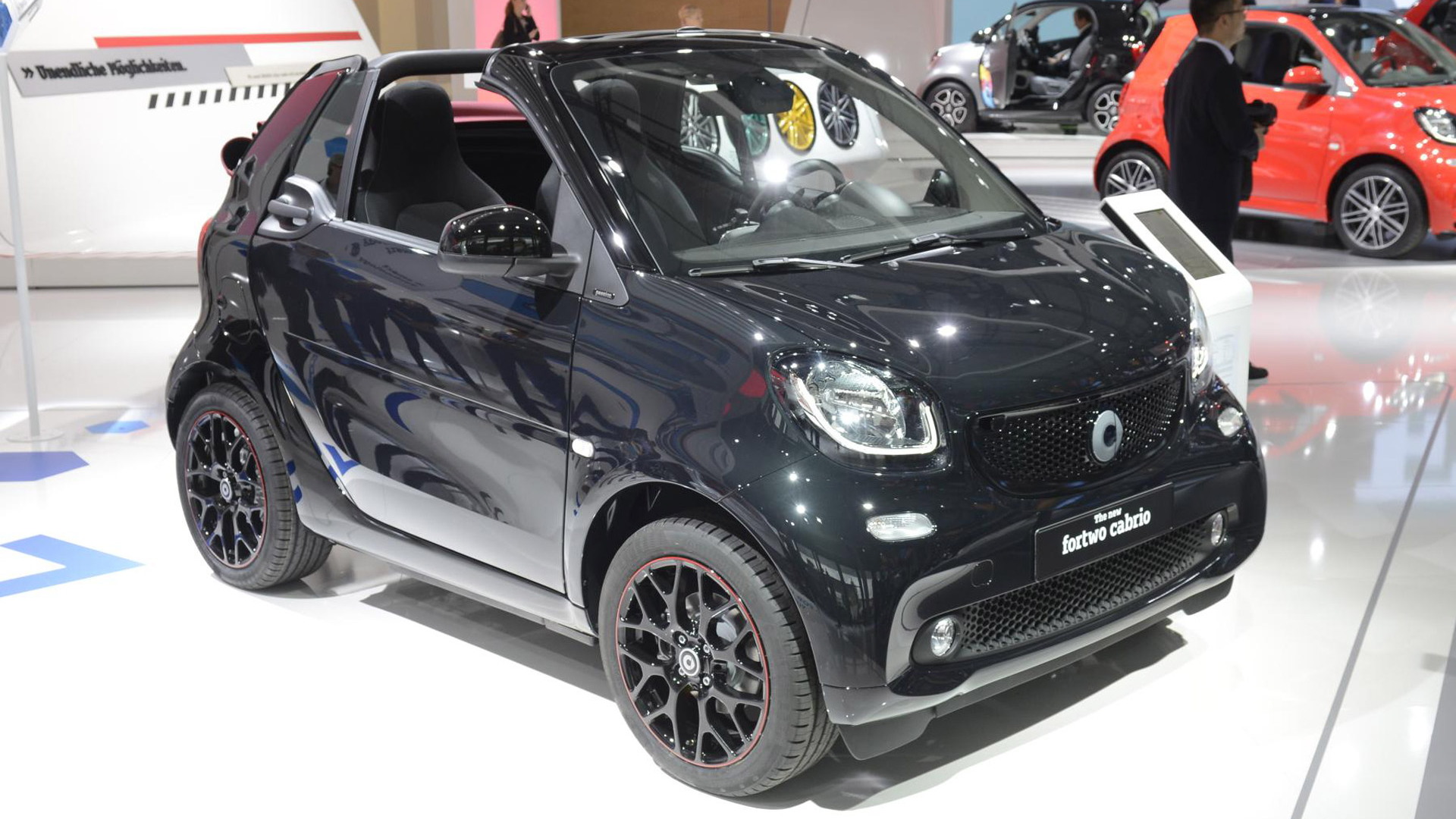 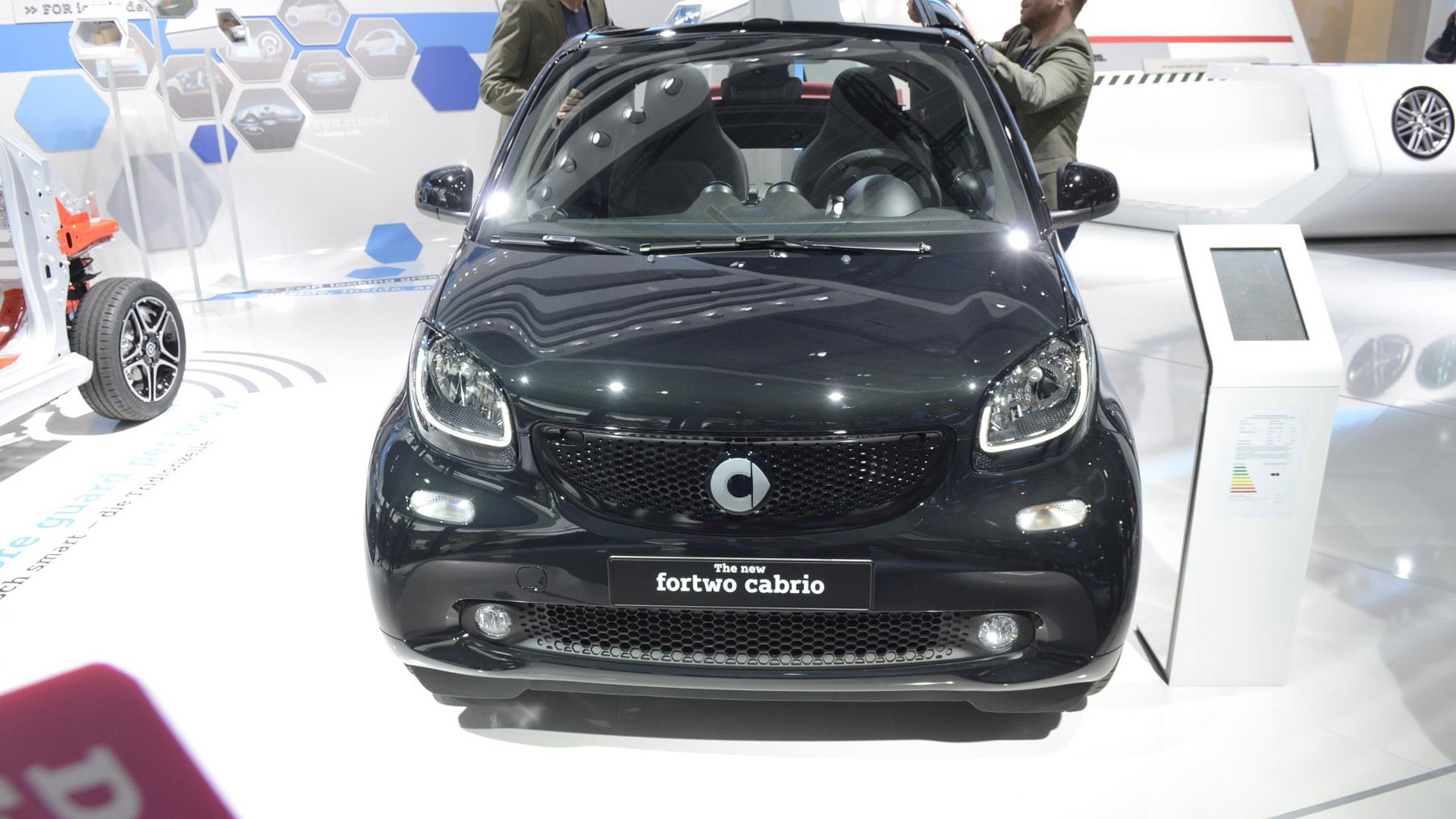 10
photos
The hardtop 2016 Smart ForTwo underwent a full redesign, but the convertible version will keep the old body style for another model year.

Buyers wanting the updated Smart platform as well as a convertible top will have to wait until the 2017 Smart ForTwo Cabrio bows next year.

The ForTwo Cabrio features a "Tritop" roof that can be configured three ways: fully open, fully closed, and partially open, like a big sunroof.

The roof can be opened while driving (presumably at low speeds), and takes 12 seconds to retract. The driver can also control operation from outside the car using the key fob.

While the mechanism is automatic, fully opening the roof requires removing side bars, which stow on the inside of the tailgate.

As with most convertibles, the ForTwo Cabrio required extra structural reinforcement to account for the loss of a fixed roof.

Changes include a large steel cross under the vehicle, a pair of torsional bulkheads on the underside at the front and rear, and inner tubes in the A-pillars made from high-strength steel.

While buyers in other markets will get multiple three-cylinder gasoline engine options, only one will be offered in the U.S.

This 0.9-liter turbocharged engine produces 89 horsepower and 100 pound-feet of torque.

Buyers will get to choose between five-speed manual and six-speed dual-clutch transmissions, as well as four trim levels: Pure, Passion, Prime, and Proxy.

The ForTwo Cabrio will also be offered with several electronic driver aids, including a collision warning system.

The 2017 Smart ForTwo Cabrio goes on sale in Europe in February, and will reach the U.S. by early summer.

For more 2015 Frankfurt Auto Show coverage, head over to our show news hub.