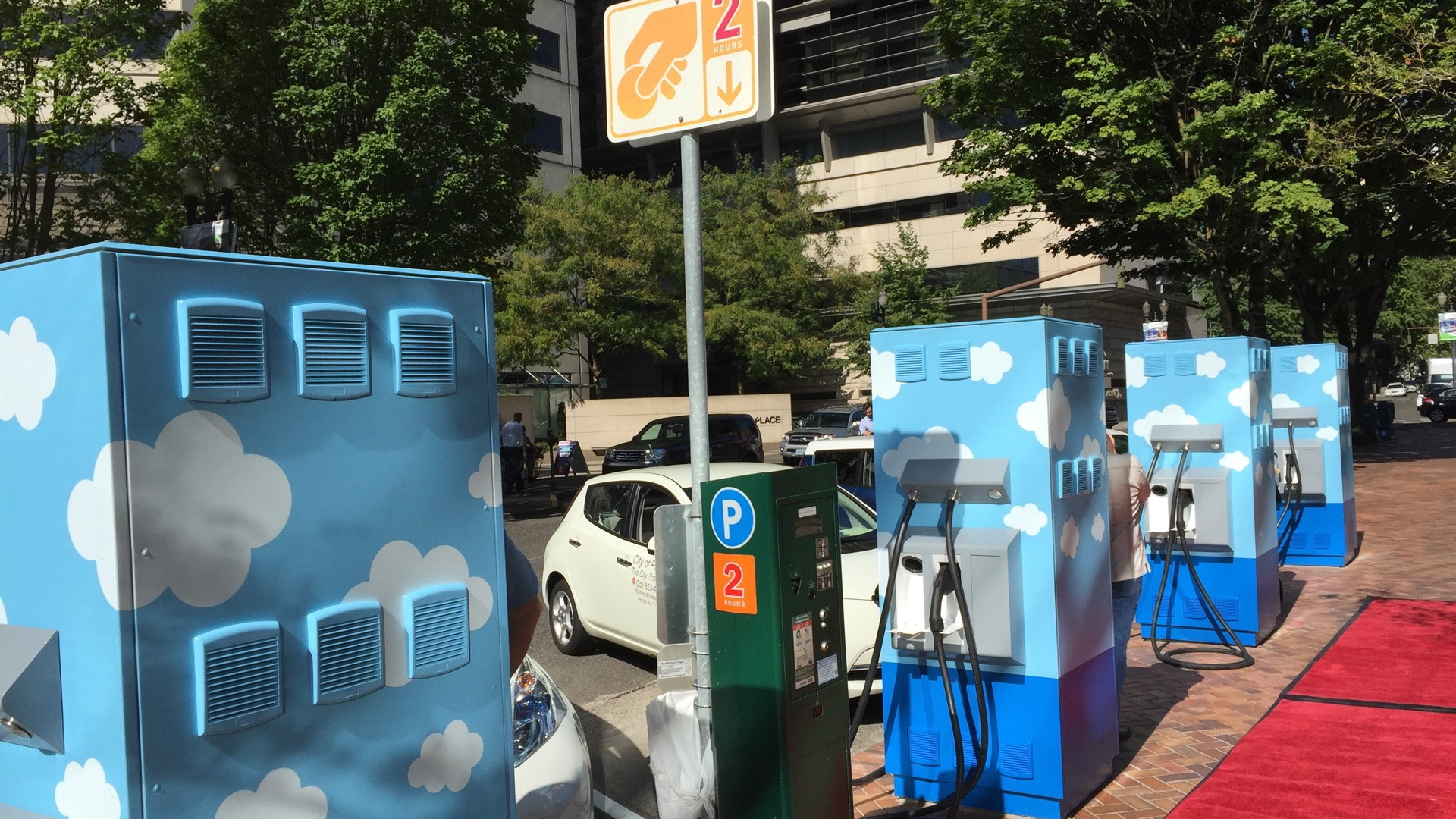 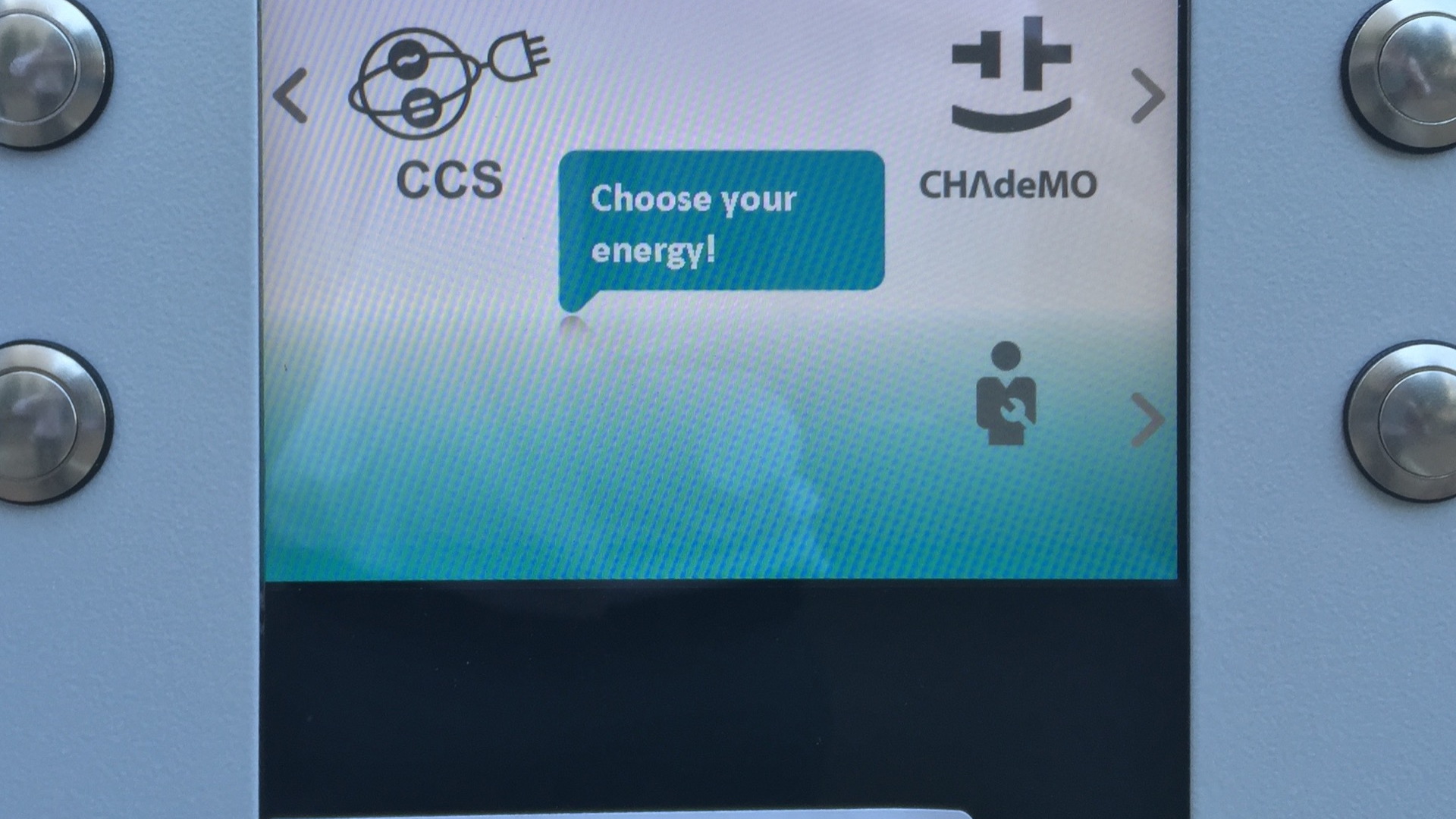 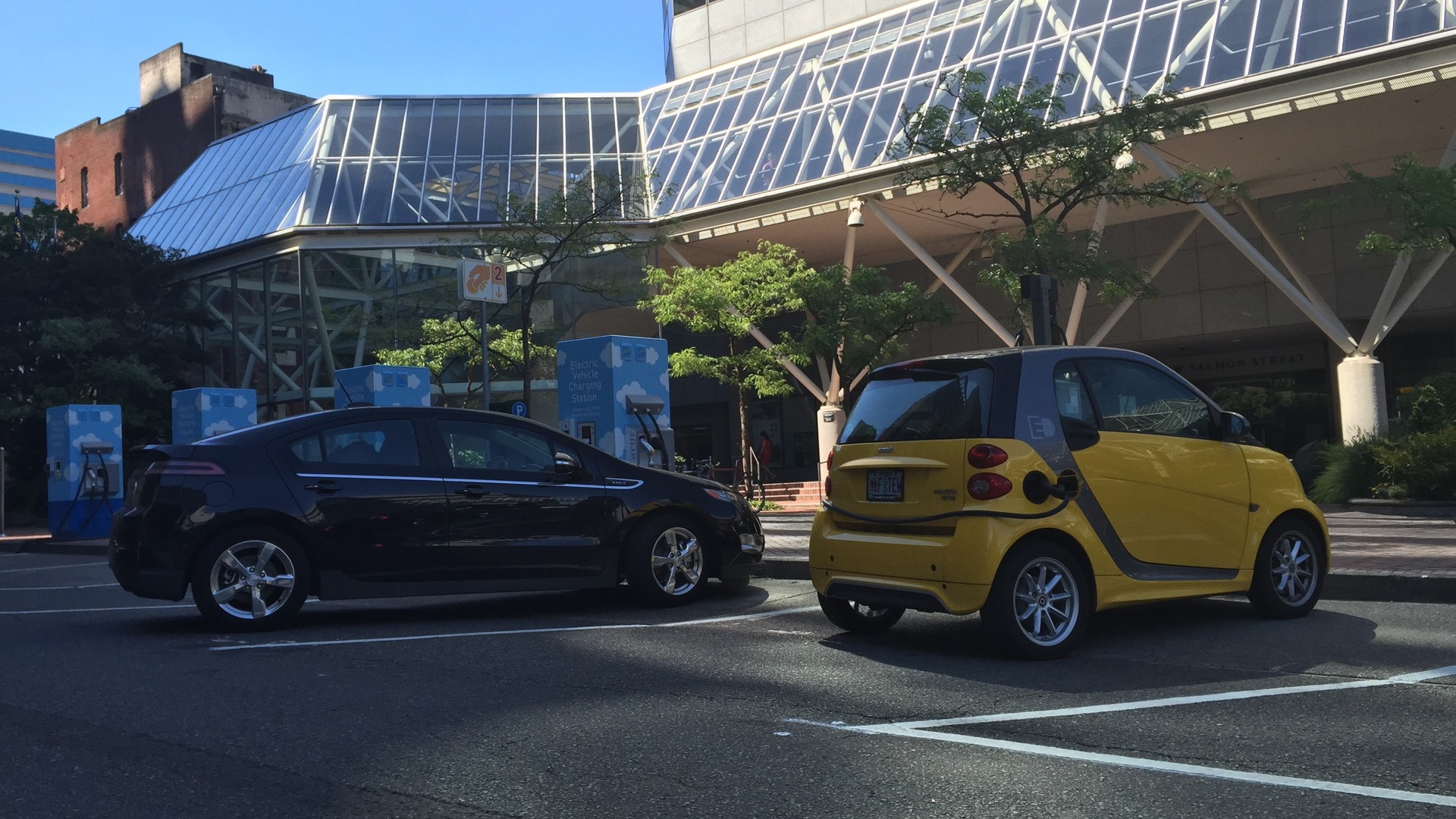 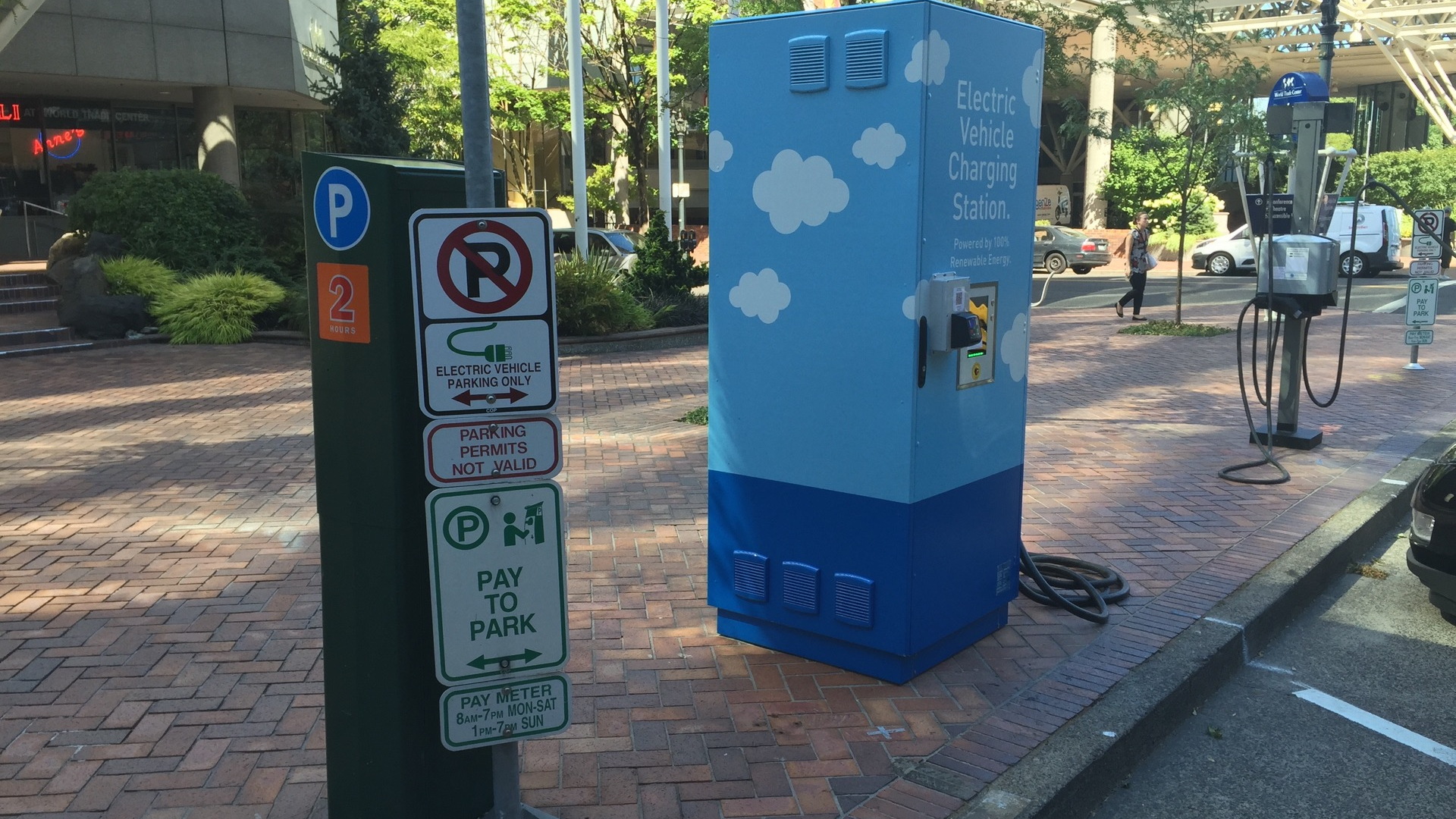 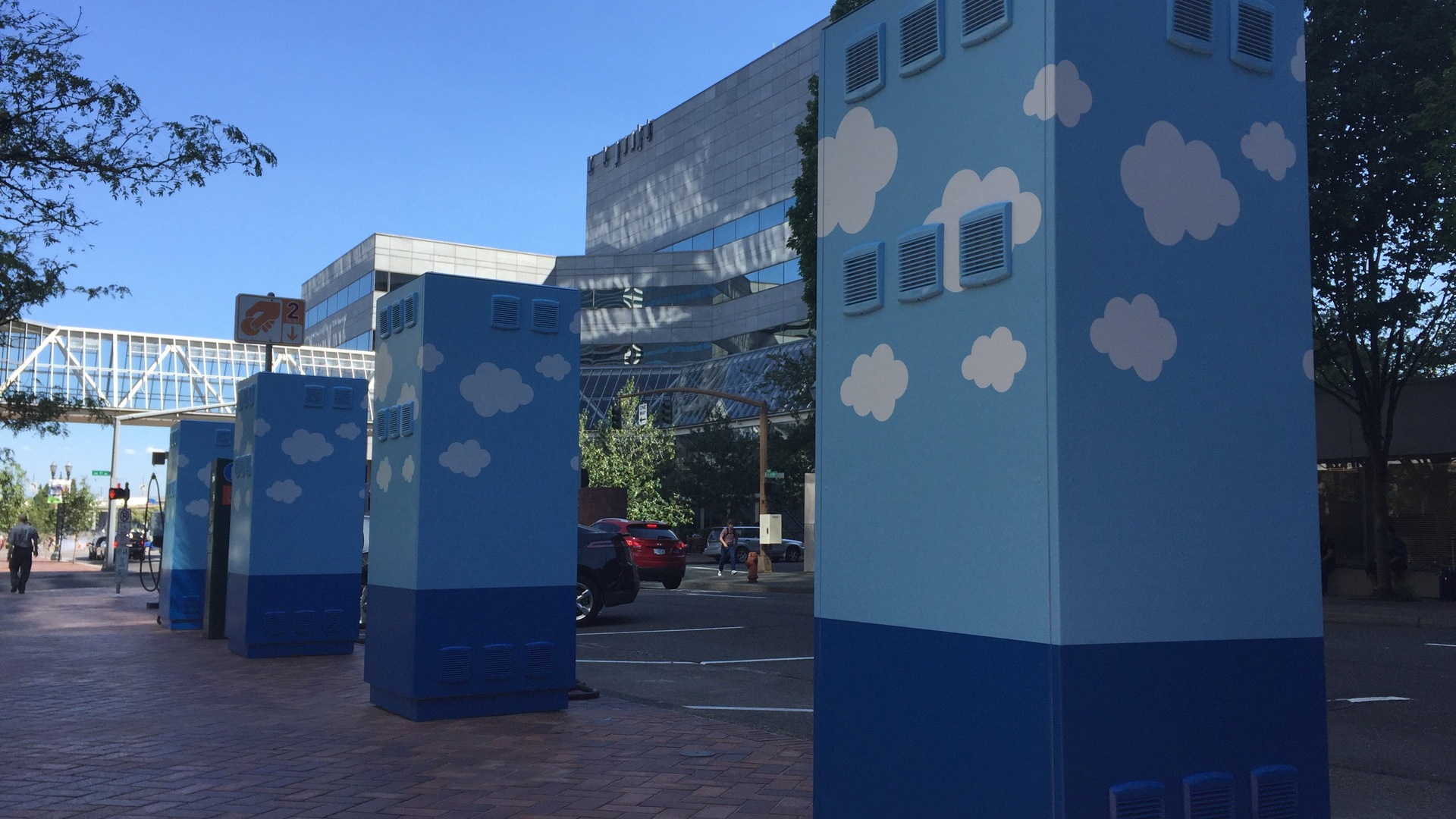 It’s already been four years since Portland really charged ahead in its commitment to electric cars with Electric Avenue, a project that designated a city block of parking spots plug-in-only, peppered the block with a variety of charger hardware, and let EV owners have at it.

That original project, a partnership between Portland General Electric (PGE), Portland State University (PSU), and the City of Portland, was supposed to be just two years long; yet it became a popular place for EV owners and enthusiasts alike—as well as automakers and hardware-makers testing compatibility—until it was displaced from its former home by pending construction earlier this year.

ALSO SEE: Tesla Model 3, To Be Revealed In March, Might Have 300-Mile Range: Report

And now it’s already back. Earlier this week, Portland rededicated a new-and-improved Electric Avenue, at a different block—this one adjacent to PGE’s headquarters.

There are approximately 4,000 EV drivers in the Portland area. While there are already more than 900 publicly available chargers in Oregon.

More of a focus on DC fast-charging

The additional Level 3 chargers help increase the usability of electric vehicles for those who might already have a Level 2 charger at home or at work and need to occasionally drive farther. They also play a key role in a portion of the so-called Oregon Electric Highway, which spans from Portland to Ashland, Oregon, and makes up part of the West Coast Electric Highway running primarily up and down the I-5 corridor.

The charging hardware consists of four Efacec Universal Quick Chargers and two Clipper Creek high-power Level 2 chargers. The quick chargers offer a choice between SAE Combo and CHAdeMO standards (both connectors are provided). With 50-kW charging, this allows most EVs to be charged to 80 percent or more in about 30 minutes.

Level 2 chargers at the site are 19-kW units with conventional J-1772 connectors; these units are capable of charging most EVs in three to eight hours, greatly depending on the vehicle.

For now, Electric Avenue is offering the fast-charging essentially for free—users only pay normal City of Portland street-parking rates of $1.60 per hour, and the charging itself uses PGE renewable energy and is sponsored by World Trade Center Portland. A credit card swipe is needed to activate the chargers—a feature that, PGE officials admit, may be used to charge a fee in the future.