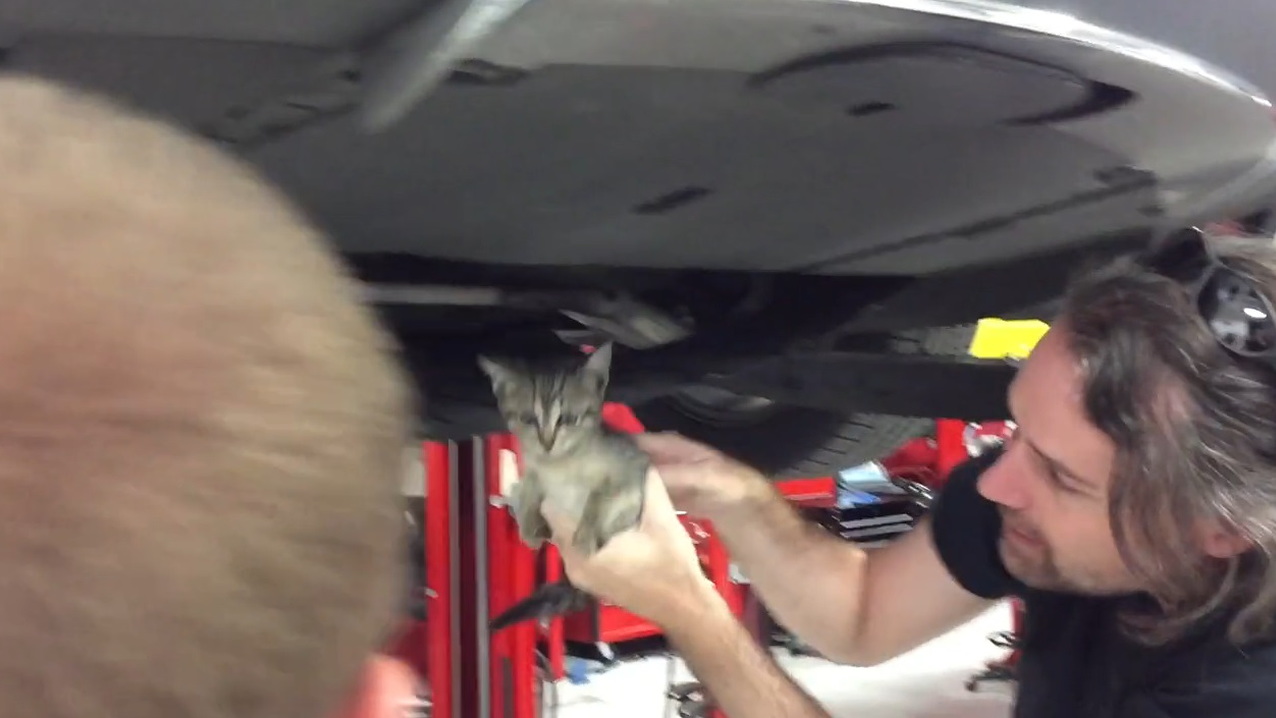 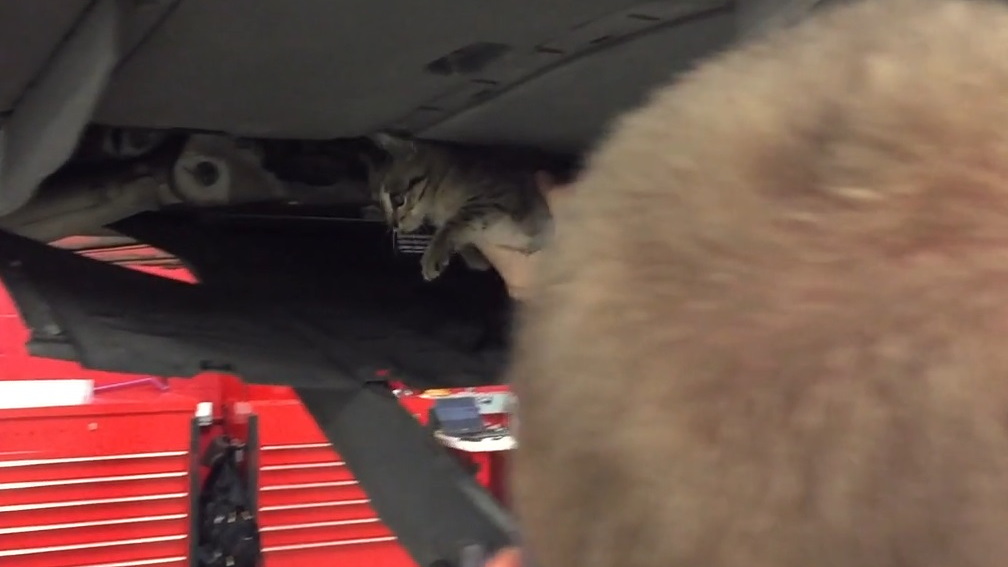 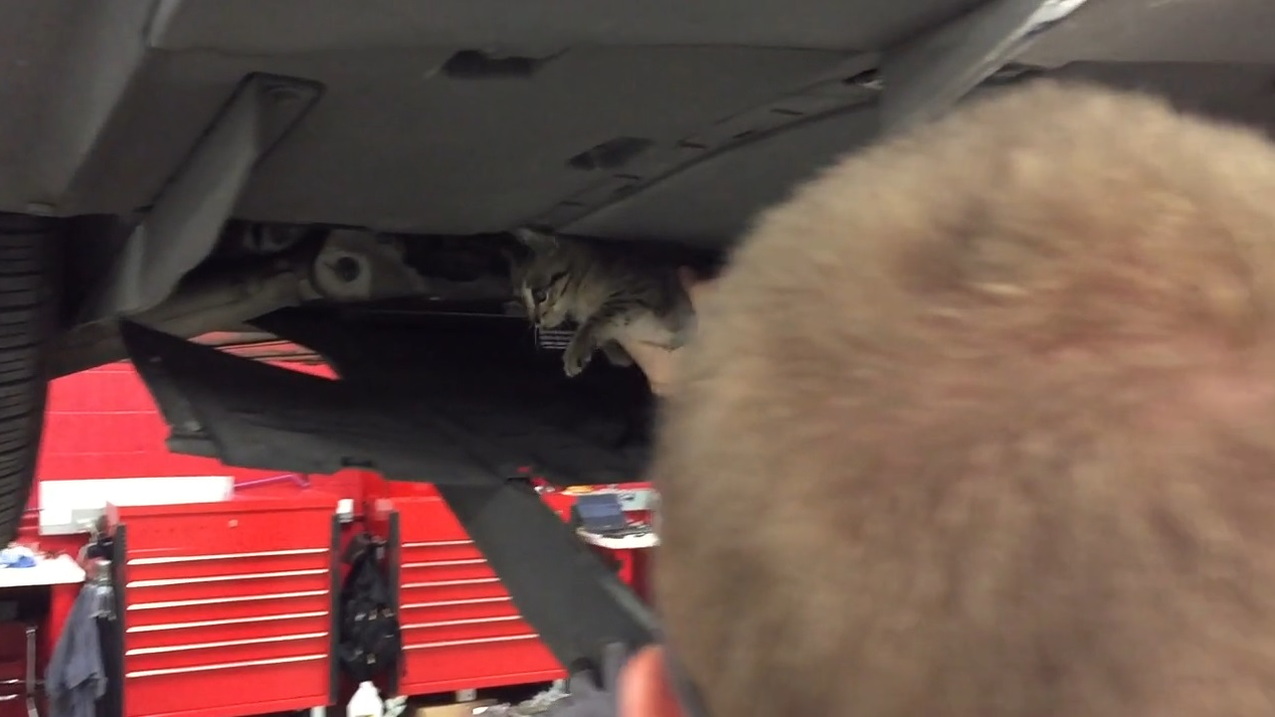 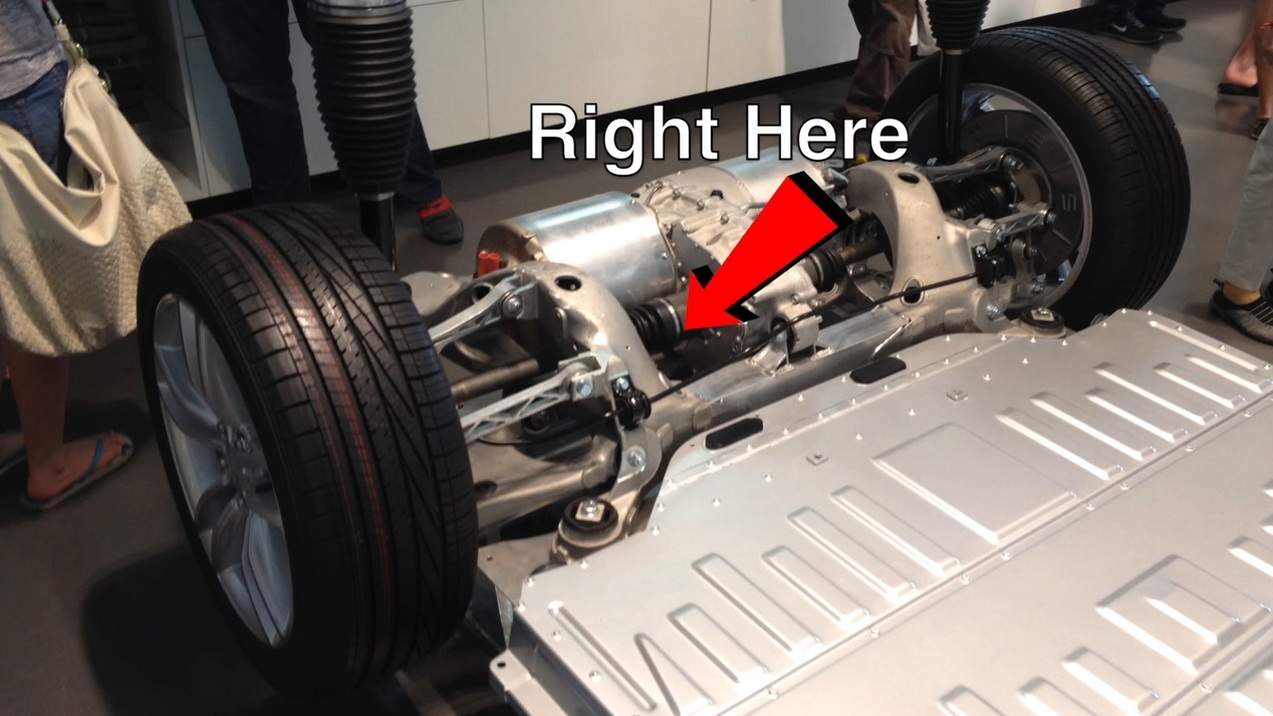 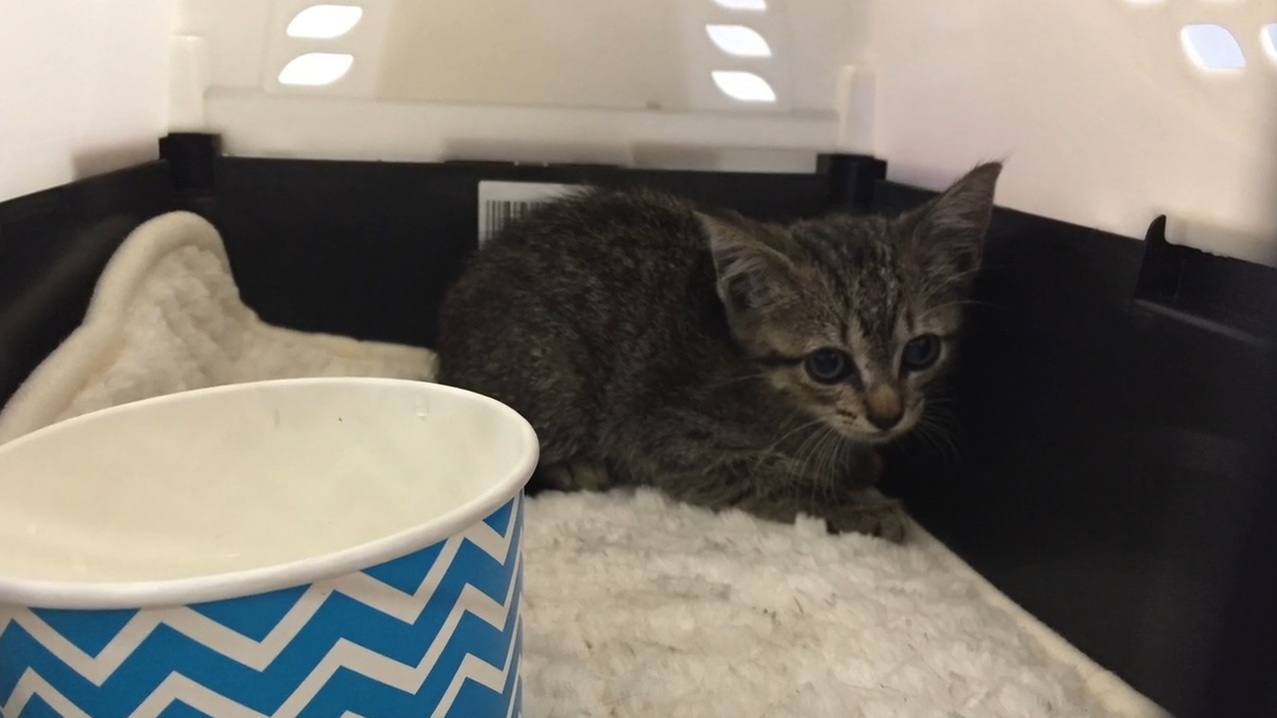 Tesla Motors and its Model S electric cars get a lot of attention, especially on the Internet.

And kittens? Well, cute-cat pictures are a staple of modern connectivity. Rescuing kittens? Even better!

Now, to our delight and amazement, we've got a story that ties both of them together.

Over the weekend, he had a feral kitten take up residence in the motor compartment of his Tesla Model S.

"I think it climbed in sometime on Friday while I was out and about. Amazingly, it was safe in the cavity around the motor, even while I was driving.

"Thinking that I'd hit a dead cat and its paw was stuck up in there, I backed up the car to get a better look, and it was gone.

ALSO SEE: The History Of Tesla Motors And Its Electric Cars, In Only 2 Minutes Of Video

"I figured it was a cat and it had run out when I moved.

"Later that night , we heard meowing from the garage.

"After searching around, I pointed a flashlight through the rear wheel and past the suspension and frame, and saw a pair of little eyes staring back at me.

"We put out food and left the garage door open, hoping it would leave overnight. But it only ate the food and climbed back in.

"On Sunday, we borrowed a live trap from a friend, put a can of tuna fish in it, and let the car sit all day.

"This time the kitten came out, took a dump in the garage, left the tuna alone, and climbed back into the Tesla.

"So on Monday morning I took the car to the Tesla Service Center for help."

The video above shows the process of unscrewing the motor cover shield and rescuing the little grey tabby kitten.

"We are now working on taming it, and have found someone to adopt it," Griswell finished up.

"She plans to give it a Tesla-themed name."

Perhaps there will soon be a grey cat named Elon running around Austin?