Honda is expected to join Toyota and Hyundai in offering hydrogen fuel-cell vehicles in the U.S., but the timeline for that may have become a bit fuzzier.

The Japanese automaker has already shown two concept cars previewing the design of its fuel-cell vehicle.

But now Honda seems to have given itself a later window for when the production version may go on sale in North America.

A press release that covered the company's 2015 Geneva Motor Show activities said the fuel-cell car will go on sale in Japan in the first half of 2016, followed by the U.S. and Europe "within the following 12 months."

That means Honda is giving itself room to delay the car's U.S. launch until as late as June 2017, Autoblog Green points out.

The company previously said it would launch the fuel-cell car in Japan in March 2016, with U.S. and European launches at some undetermined point after that--although those dates were widely assumed to be before the end of 2016.

Earlier, at the 2013 Los Angeles Auto Show, Honda said it hoped to launch its fuel-cell production car in 2015.

That would have been much closer to matching the schedule of the 2016 Toyota Mirai.

Instead, last fall Honda unveiled an updated version of the FCEV concept it showed in L.A. Simply called FCV, its design appeared much closer to production readiness. 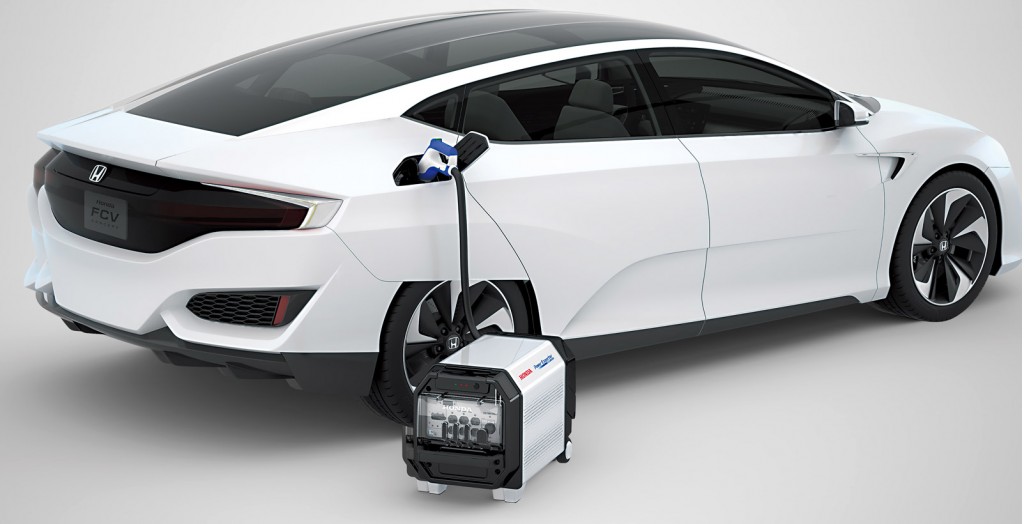 The FCV concept was a five-seat mid-size sedan with a 100-kilowatt (134 horsepower) fuel-cell stack and an estimated range of 300 miles.

While the production model's arrival date appears to be up in the air, Honda is nonetheless investing in hydrogen fueling infrastructure in both the U.S. and Japan.

At the 2014 Los Angeles Auto Show, it announced plans to provide FirstElement Fuel with $13.8 million to building hydrogen fueling stations in California.

Along with Toyota and Nissan, Honda is also involved in a project to develop fueling infrastructure in Japan--which may include funding for stations there as well.