Aside from economic recession and cautious buyers, one of the biggest challenges for companies that want to sell electrified commercial trucks turns out to be ... making or converting trucks.

Amp Electric, a surviving veteran of several generations of electric-truck development, decided to solve that problem head on.

In March 2013, it bought an entire truck company.

And early this month, United Parcel Service (UPS) announced that it would acquire and test 18 of Amp's Workhorse E-Gen E-100 electric Walk-In Vans to be tested in the Houston-Galveston area of Texas.

The E-Gen truck is driven by a 200-kilowatt (268-horsepower) electric motor powered by a 60-kilowatt-hour lithium-ion battery pack.

The pack is sized to provide a comfortable range buffer for trucks with predictable daily use, and Amp quotes a range of about 60 miles. 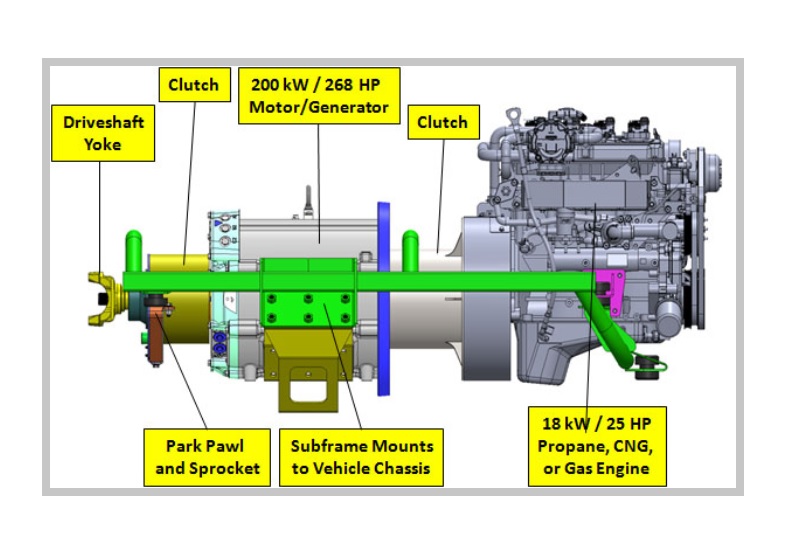 But it also equips the E-Gen with a range extender to eliminate range anxiety under unexpected circumstances.

The range extender is a small 18-kW (25-hp) engine that can be specified to run on either gasoline or compressed natural gas to power a generator that recharges the battery when necessary, but only while the truck is parked.

Green Car Reports has covered the company started as Amp Electric for almost five years, and it has gone through several evolutions during that time.

As Amp Holding CEO Stephen Burns told us, "We're in a space littered with carnage."

In 2010, it proposed to convert crossover and sport-utility vehicles to battery-electric operation, with test vehicles based on the Chevrolet Equinox and Jeep Grand Cherokee.

But the challenge, he said, is not in the powertrain but in developing the vehicle: Either Amp Electric would spend up to $1 billion to develop and test its own vehicle, or it would have to convert other makers' vehicles.

And, he said, established car companies have proven extremely reluctant to deliver "gliders," or new vehicles without their powertrains, to conversion companies--largely because it's still the automaker who will get sued if something goes drastically wrong with the vehicle after it's sold. 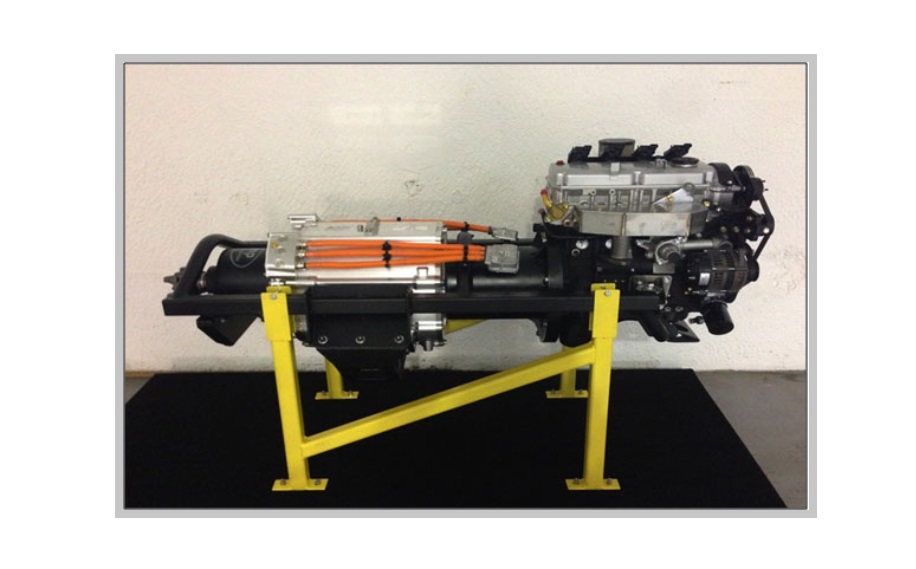 By the end of 2012, the company had dropped that plan and switched its focus to the commercial truck sector, specifically Class 5 and Class 6 trucks.

As Burns noted, the regulatory burden on larger trucks is far lighter than that for passenger vehicles: There are no crash tests required, no airbags that have to be installed.

And, he said, the payback numbers are far more stark.

Fleet operators used to the costs of buying fuel for 6-mpg delivery trucks will see a clear financial benefit to an electric truck from Day One if they're leasing it, Burns said, when lease payments, fuel, and maintenance are added together.

And that's even without the Federal tax credit for buying a plug-in electric truck, he claims.

The lack of a transmission in electric trucks is particularly appealing to fleet operators, Burns said, who must typically spend significant money on regular transmission maintenance in trucks that operate entirely in stop-and-go traffic.

Many operators, in fact, will save more on the maintenance of their trucks than they do by eliminating or vastly reducing their fuel purchases.

Even for those operators who buy their trucks outright, the payback is between two and three years.

And, he said, three years is pretty much the longest period that an electric truck has to pay back its higher upfront cost, or fleet buyers will lose interest.

The big evolution for Amp Electric came when Navistar (formerly International) chose to sell its medium-duty delivery-truck business after the company ran into financial problems when its approach to cleaner diesel engines for its largest trucks failed in the marketplace.

Amp Electric bought the Workhorse truck group from Navistar for a mere $5 million, including its development engineers, a large assembly plant in Union City, Indiana, and an existing network of 440 dealers throughout the U.S.

So now, Amp Electric is a maker of trucks that run on gasoline, natural gas, propane, or electricity--though Burns admits that, for the moment, electric trucks are just a tiny fraction of its business. 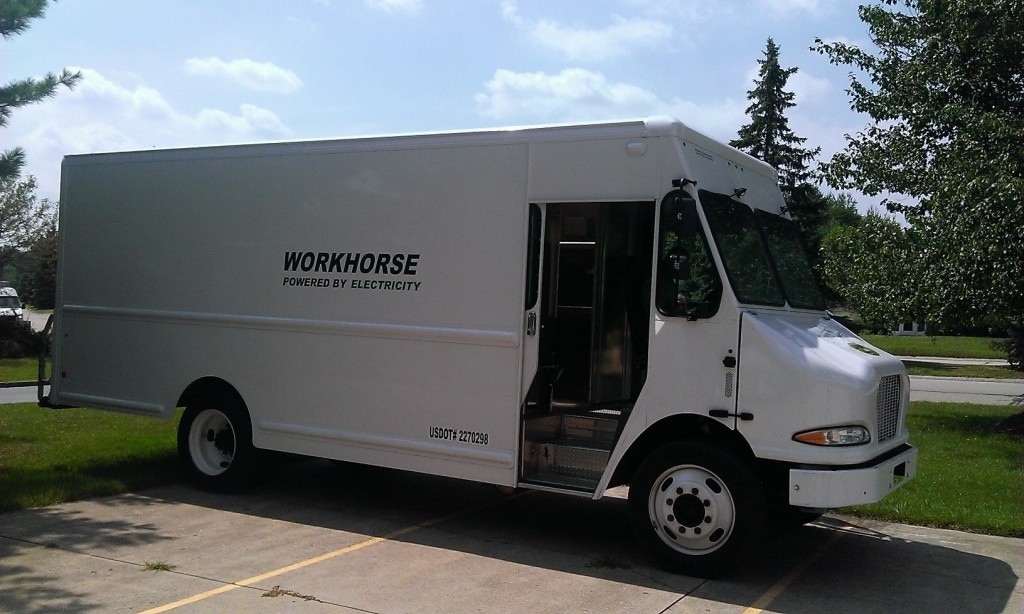 It has just two competitors at the moment in those classes: Ford and Freightliner. The latter, its chief competitor, also offers electric trucks--but their drivelines are installed by a third-party, whereas Workhorse builds its electric trucks in the same factory as its other versions.

Navistar historically sold about 4,000 Workhorse trucks a year, Burns says, and Amp hopes to get back to something like that number now that production has restarted. He notes the plant has a capacity more than 10 times that volume.

Amp thinks it has a secret weapon in its battery partner--Panasonic--and its approach to building large-capacity packs, which relies on thousands of small "commodity" cells of the sort used in consumer electronics.

Both facets echo the approach used by high-profile electric-car startup Tesla Motors, which has drawn enormous attention for its sleek, good-looking, fast, and capacious five-passenger Model S sedan, offered with ranges of 208 and 265 miles.

"The only way for us was to use mass-produced cells," Burns said, though he admits it took the company "a long time to engineer around" the need to use several thousand individual batteries.

But at times, Amp Electric appears to hope the market and the industry will perceive it to be "just like Tesla," in his words--except in the commercial delivery truck field. 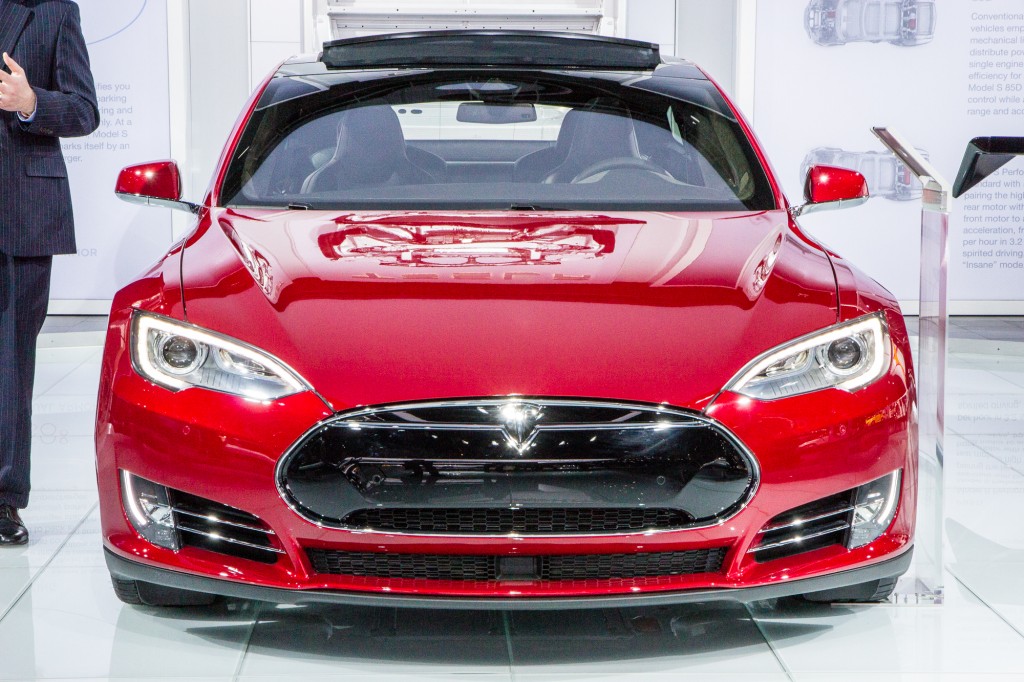 There's another similarity, too: The drivers of Amp's electric trucks vastly prefer them to their previous diesel-powered vehicles, which are noisy, subject them to continuous vibrations in the driver's seat, and have that characteristic diesel smell.

Amp Electric warranties the battery packs in its trucks for eight years and, Burns says, a "conservative eight-year cost pencils out very nicely" in cost savings for the operator.

And, if the battery pack loses some capacity over that time, "you could burn a little more gasoline," he suggests, and still reap the majority of the benefits of running electrically for the bulk of a truck's daily route.

Burns notes, finally, that starting in 2016, makers of larger trucks will become subject to Corporate Average Fuel Economy and reduced-emissions regulations similar to those imposed on passenger vehicles for decades.

And, he says, the truck makers have "no way to make the standards without electrification"--putting Amp Electric in the right place at the right time, he suggests.

While delivery of its first 18 trucks to UPS may seem like small beginnings, even for a market measured only in the tens of thousands a year, Burns is confident that the future is bright.

How fast will electric trucks start to be a serious part of the market for electrified Class 5 and Class 6 trucks? 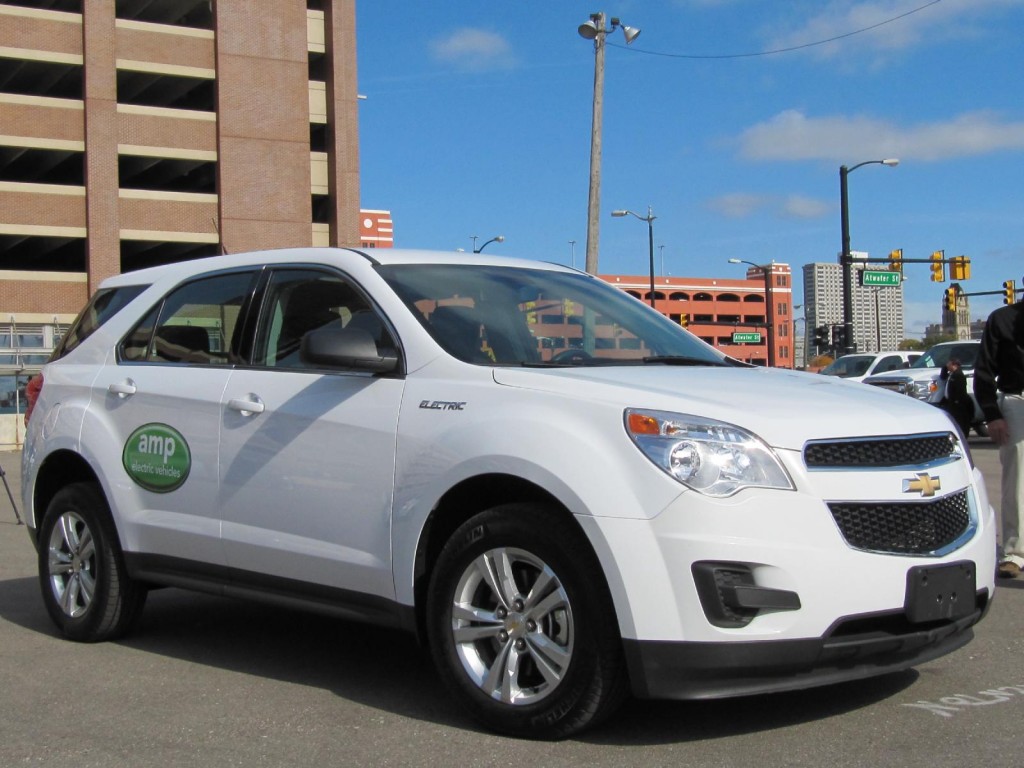 Electric has to happen

"By 2020, the majority of those trucks will be electric--half or more" of the new trucks sold each year in those classes will plug in, Burns says.

"There's no way to get there otherwise," he says firmly.

With Workhorse a known brand in that market, and Amp Electric no longer having to design a truck from scratch to hold its electric powertrain, the company feels it's well positioned over the next five years.

Just think of it as the "Tesla of trucks," he says.