The field of luxury compact crossover utility vehicles will get a little more crowded next year, when Infiniti launches its QX30--the Japanese brand's smallest SUV yet.

Now Infiniti has released a teaser photo of the QX30 Concept it will unveil at next month's Geneva Motor Show.

The production version of the Infiniti QX30, expected to arrive in the U.S. next year, will be built at Nissan's Sunderland plant in the U.K. starting in December.

Both vehicles share underpinnings--known as the MFA premium compact platform--with the Mercedes-Benz CLA compact four-door sedan and GLA compact crossover, now on sale in the U.S. 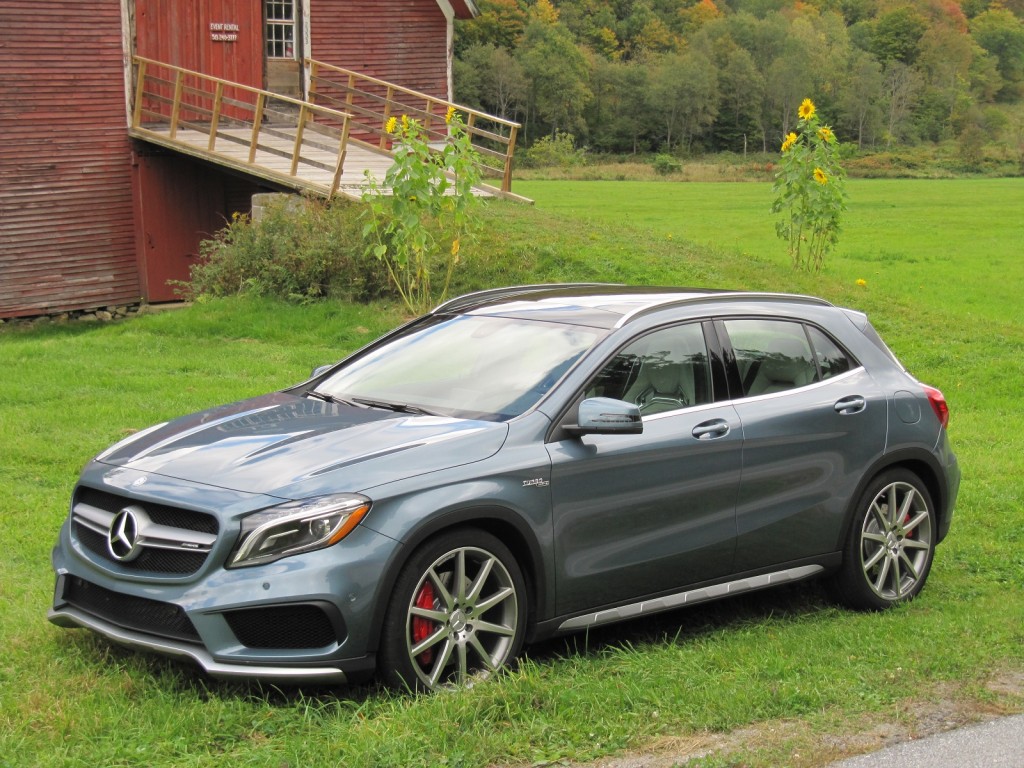 Several years ago, Daimler and Nissan to share the basic architecture for the front-wheel- and all-wheel-drive small cars to achieve better economies of scale.

While Nissan has released no details yet on the QX30 Concept, both vehicles are expected to use the transverse 2.0-liter turbocharged four-cylinder engine fitted to the CLA and GLA, and likely the Mercedes seven-speed direct-shift gearbox as well.

The QX30 carries the same aspirations that the Q30 does: Infiniti wants to "target a new generation of premium customers" who would otherwise buy the Audi A3, BMW 1-Series, or Mercedes-Benz CLA. 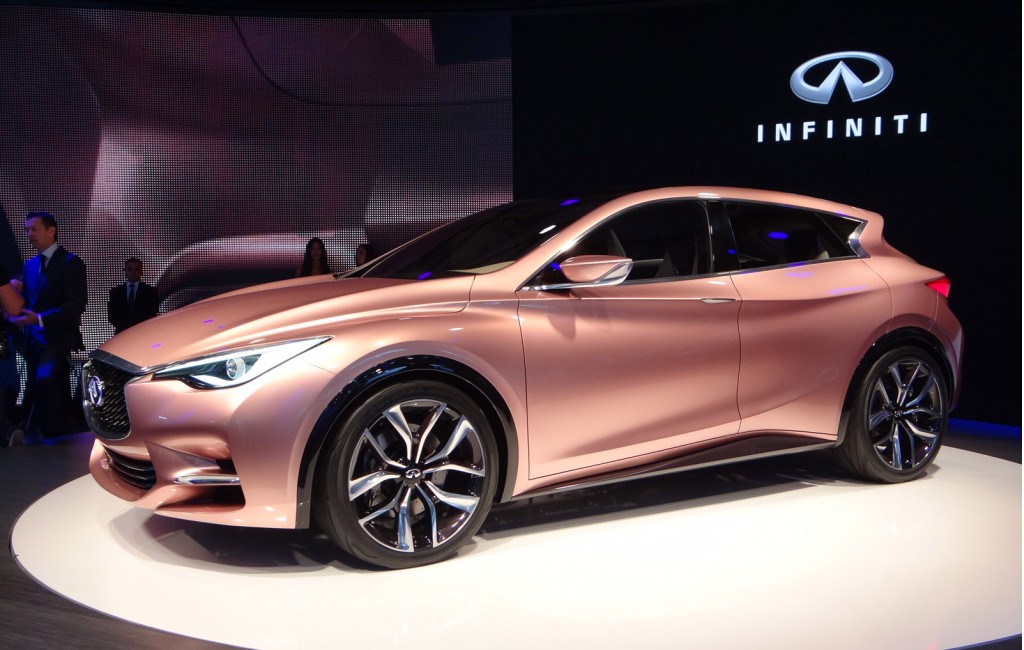 When it launched the Q30 Concept 18 months ago, Infiniti said it was "not a coupe, not a hatch and not a crossover but a fusion of the three body styles"--the subtext of which is, "It's basically a hatchback".

The QX30 will likely follow the same path that Mercedes has taken with the GLA: a higher ride height and a slightly taller body with more cargo space.

With the GLA effectively being the hatchback version of the CLA, however, Infiniti may have to work harder to differentiate its compact crossover from its Q30 hatchback.

The 2015 Geneva Motor Show gets underway on March 3; you can see all the latest updates on concept cars and production vehicle launches on our Geneva Show news page.