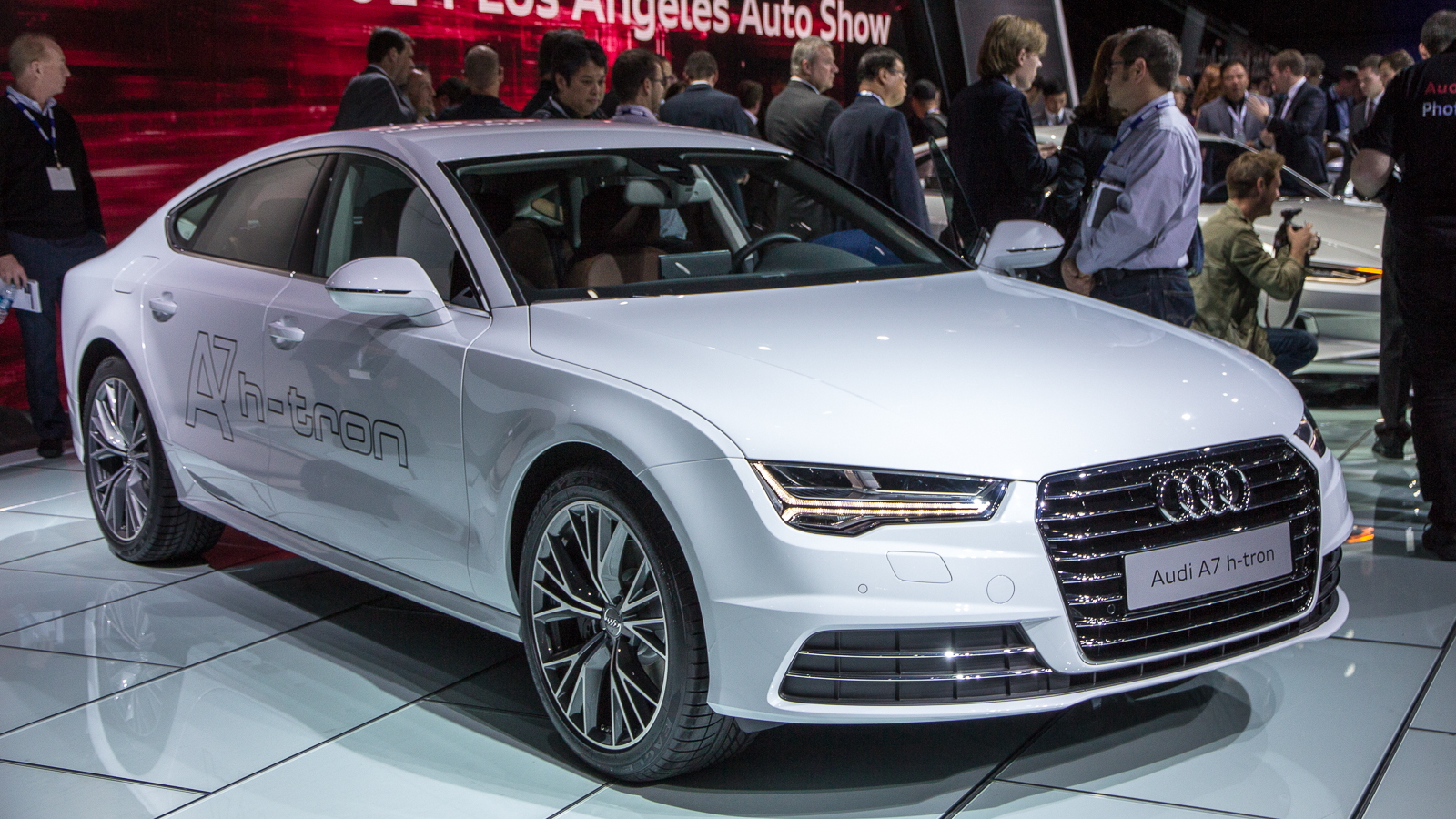 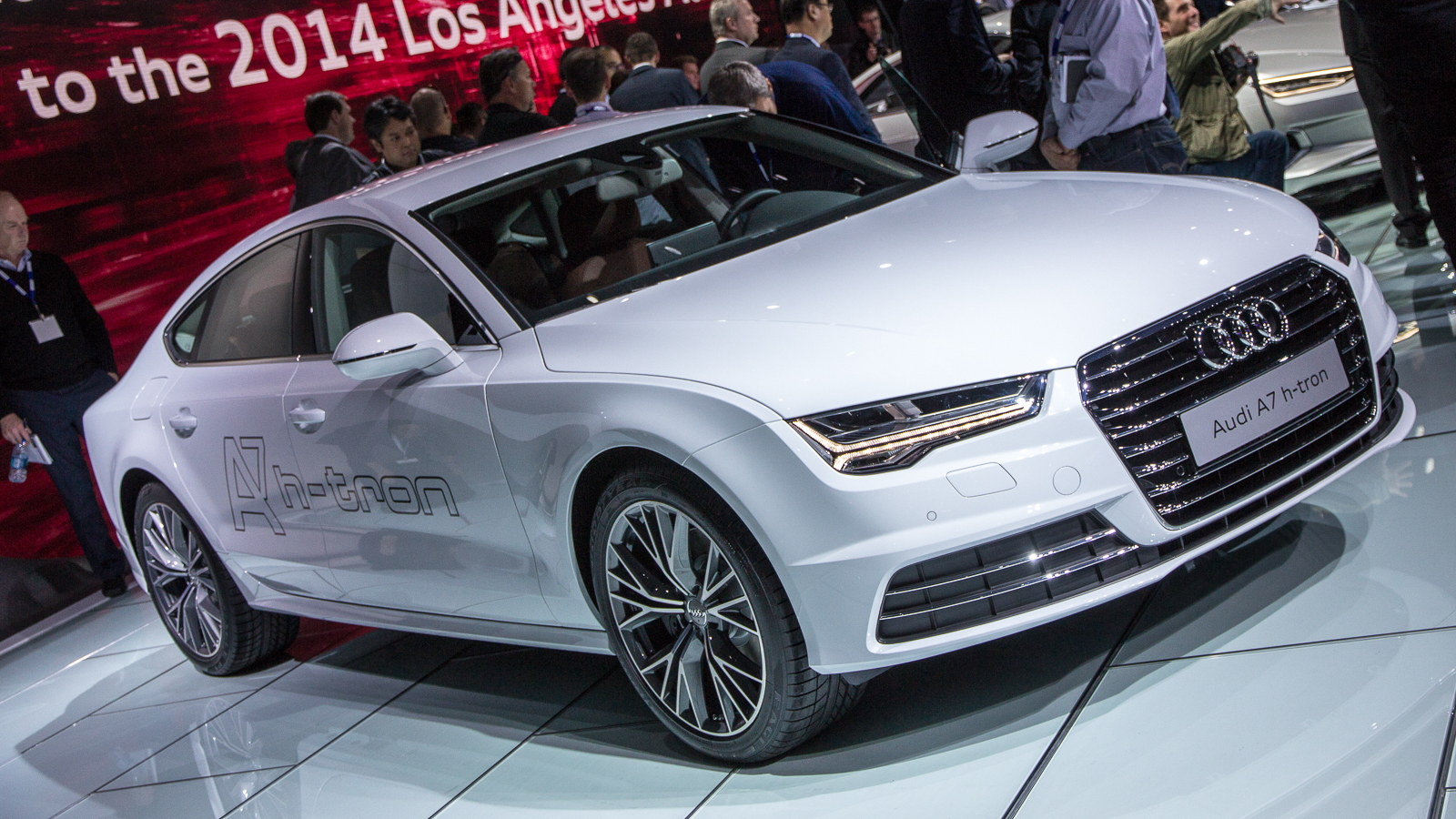 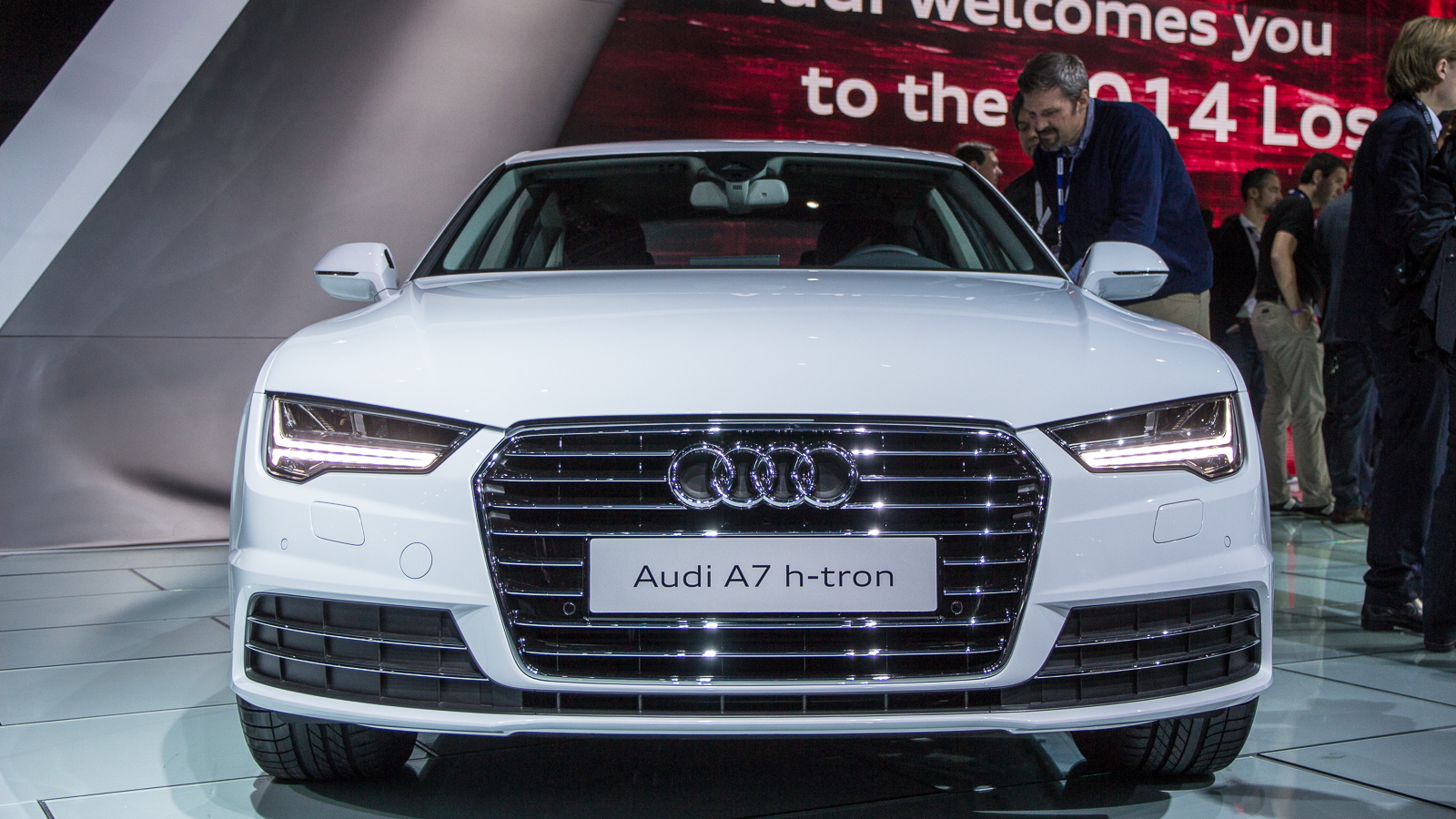 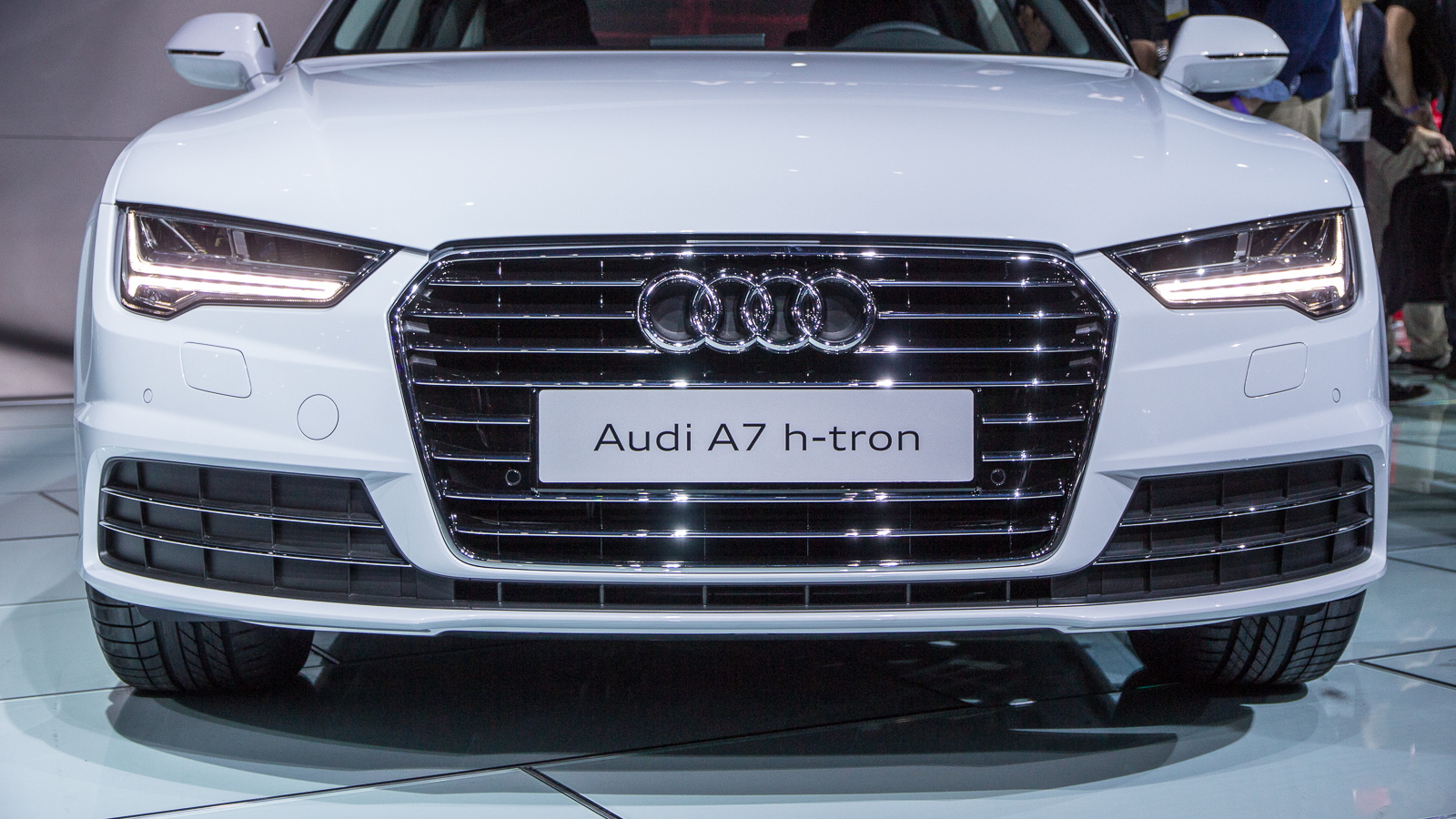 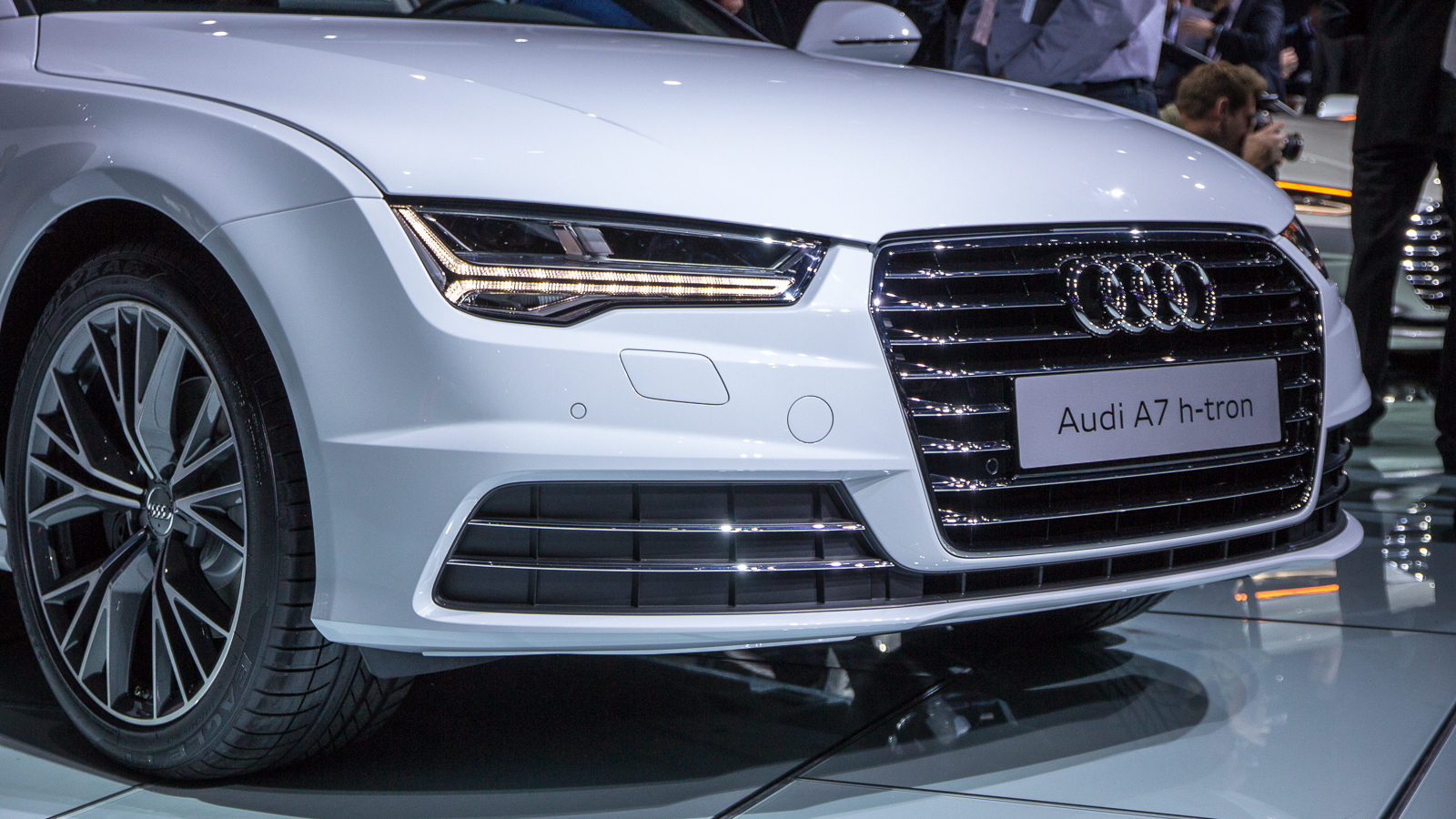 Hydrogen fuel-cell cars are only barely starting to enter showrooms, and at this early stage issues like cost and fueling infrastructure have taken precedent over more frivolous concerns.

That's where the Audi A7 h-tron quattro comes in. Debuting at the 2014 Los Angeles Auto Show, its maker claims the five-door luxury fastback is the first sporty fuel-cell car.

Audi calls the car a "technology demonstrator"; it has fitted the hydrogen A7 with a novel "e-quattro" all-wheel drive system that has no mechanical connection between the front and rear axles.

Instead, a pair of electric motors provide power to the front and rear wheels individually.

Since the powertrain is all electric, drivers can likely expect instantaneous response to accelerator input.

Four storage tanks can hold enough hydrogen for 310 miles of range. They're housed under the hood, where the internal-combustion engine of a normal A7 would be.

However, the A7 h-tron quattro is also equipped with the 8.8-kilowatt-hour lithium-ion battery pack from the Audi A3 Sportback e-tron plug-in hybrid.

As in that car, the pack can be recharged via socket--making the A7 a plug-in hybrid of sorts as well.

The battery--which can also be recharged through regenerative braking--can provide up to 31 miles of range on its own, without relying on hydrogen.

We'll have a short drive of the Audi A7 h-tron quattro tomorrow, so check back for a full report on this novel combination of fuel cell and plug-in electric powertrain elements.

We've also got plenty of other new-car coverage on our Los Angeles Auto Show news page. Head over there for the latest updates.