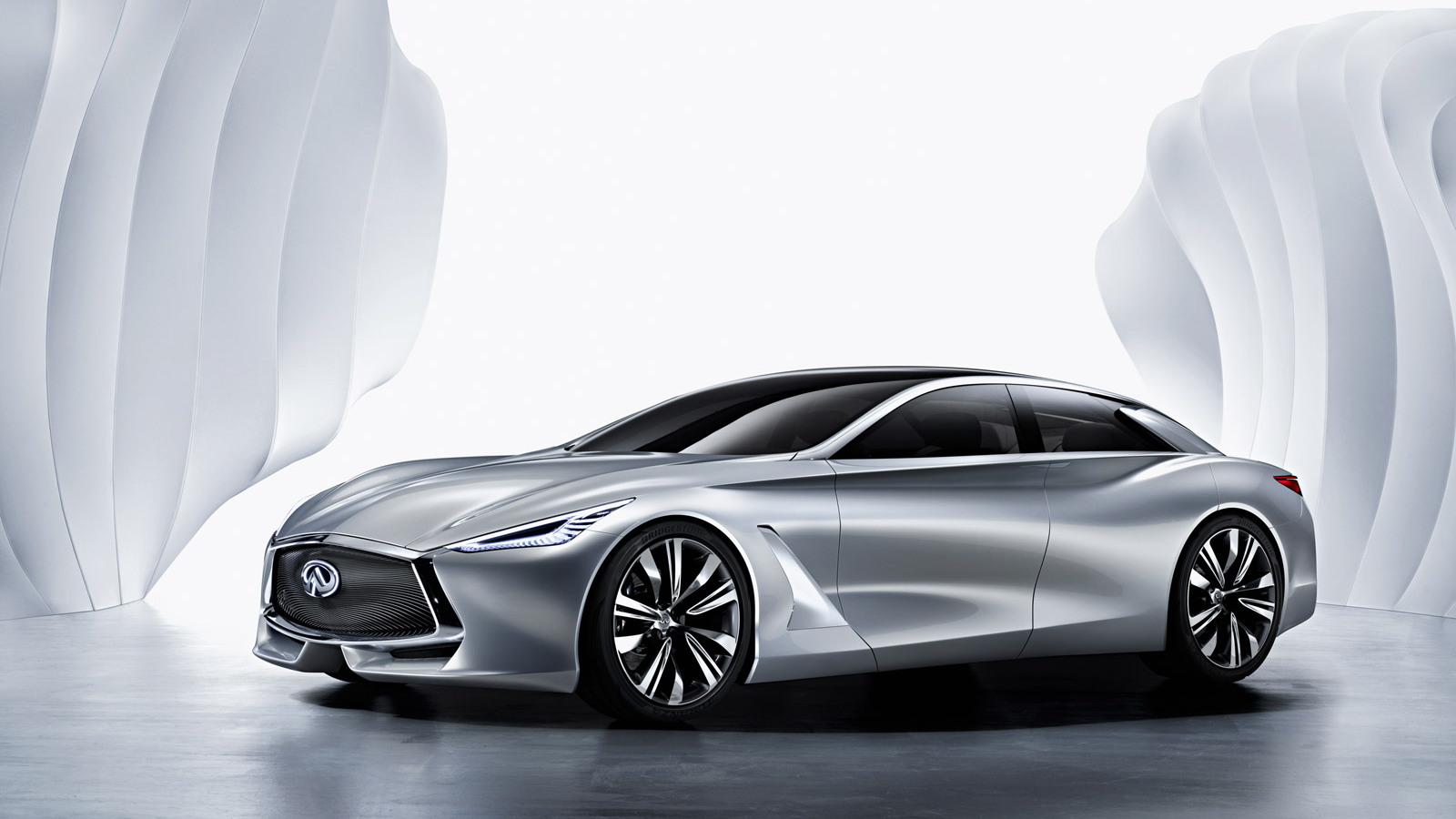 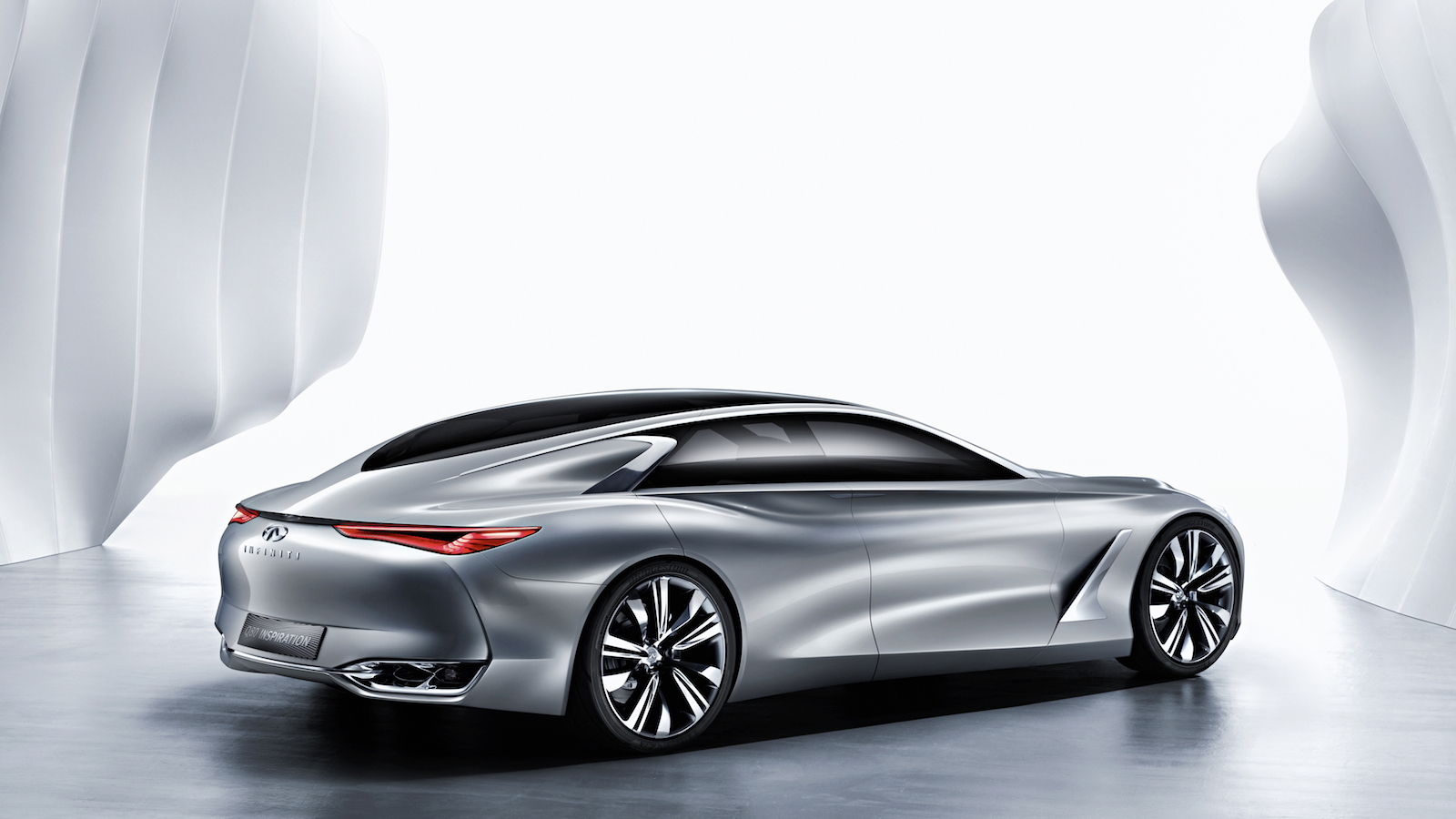 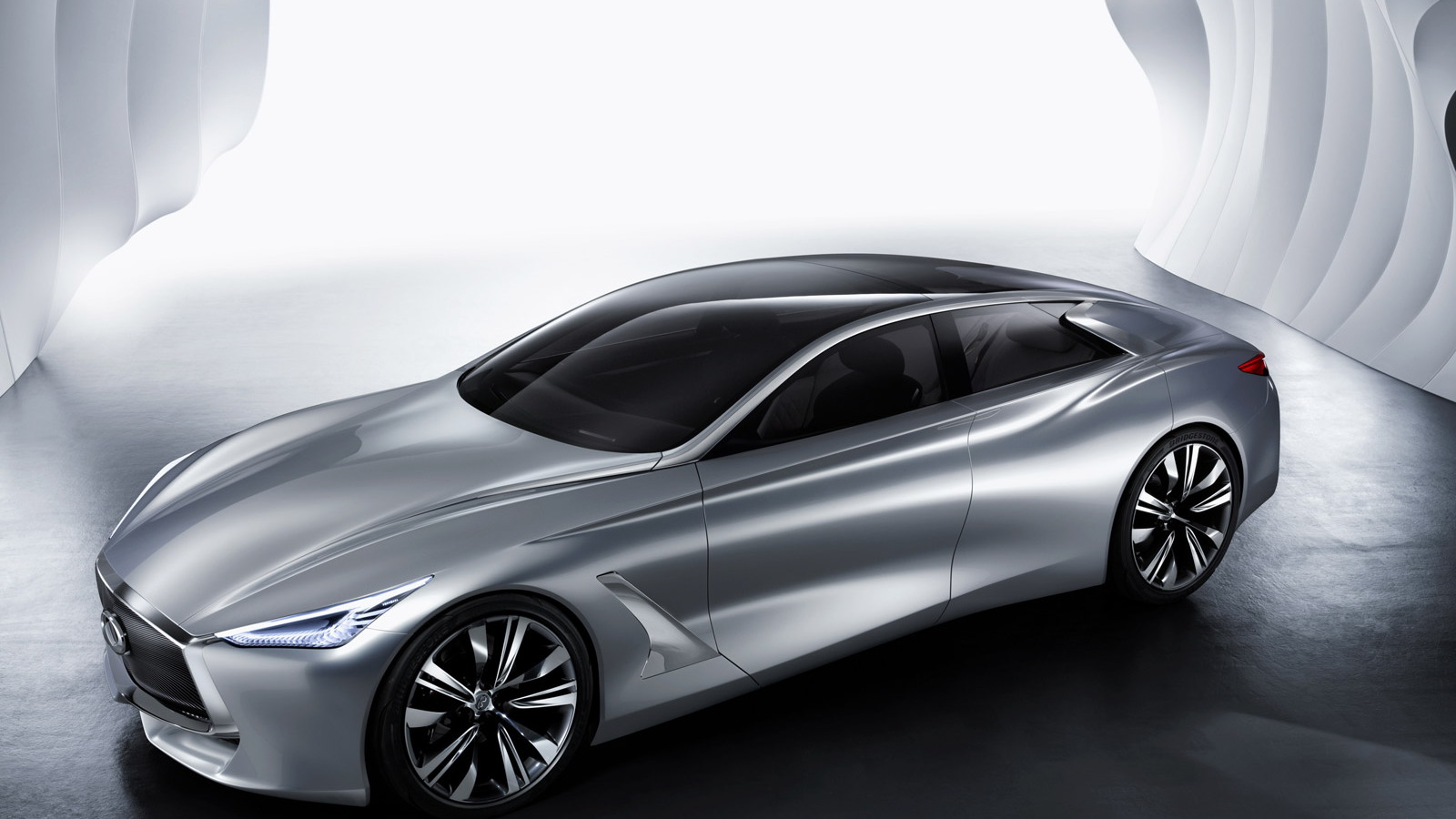 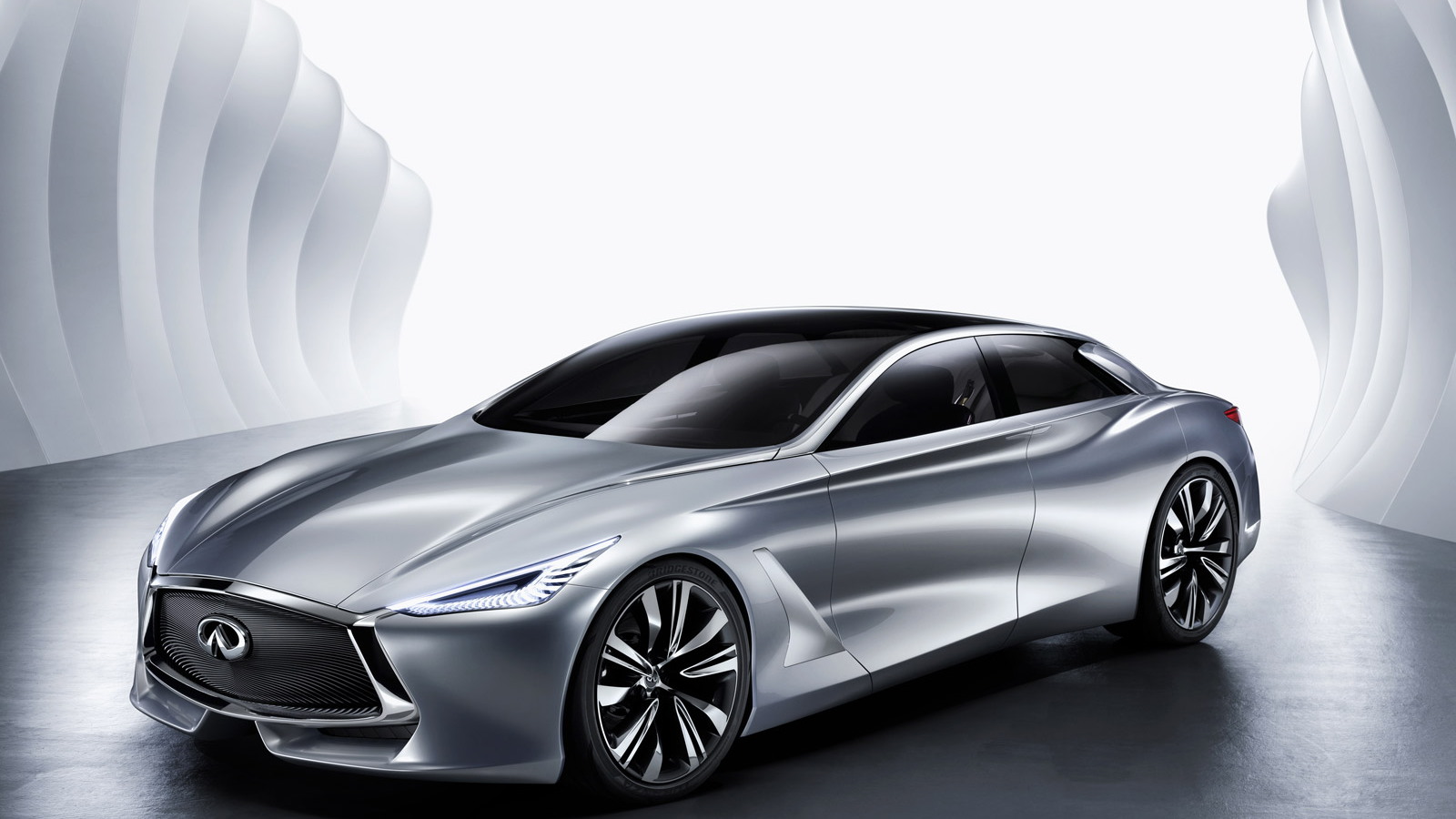 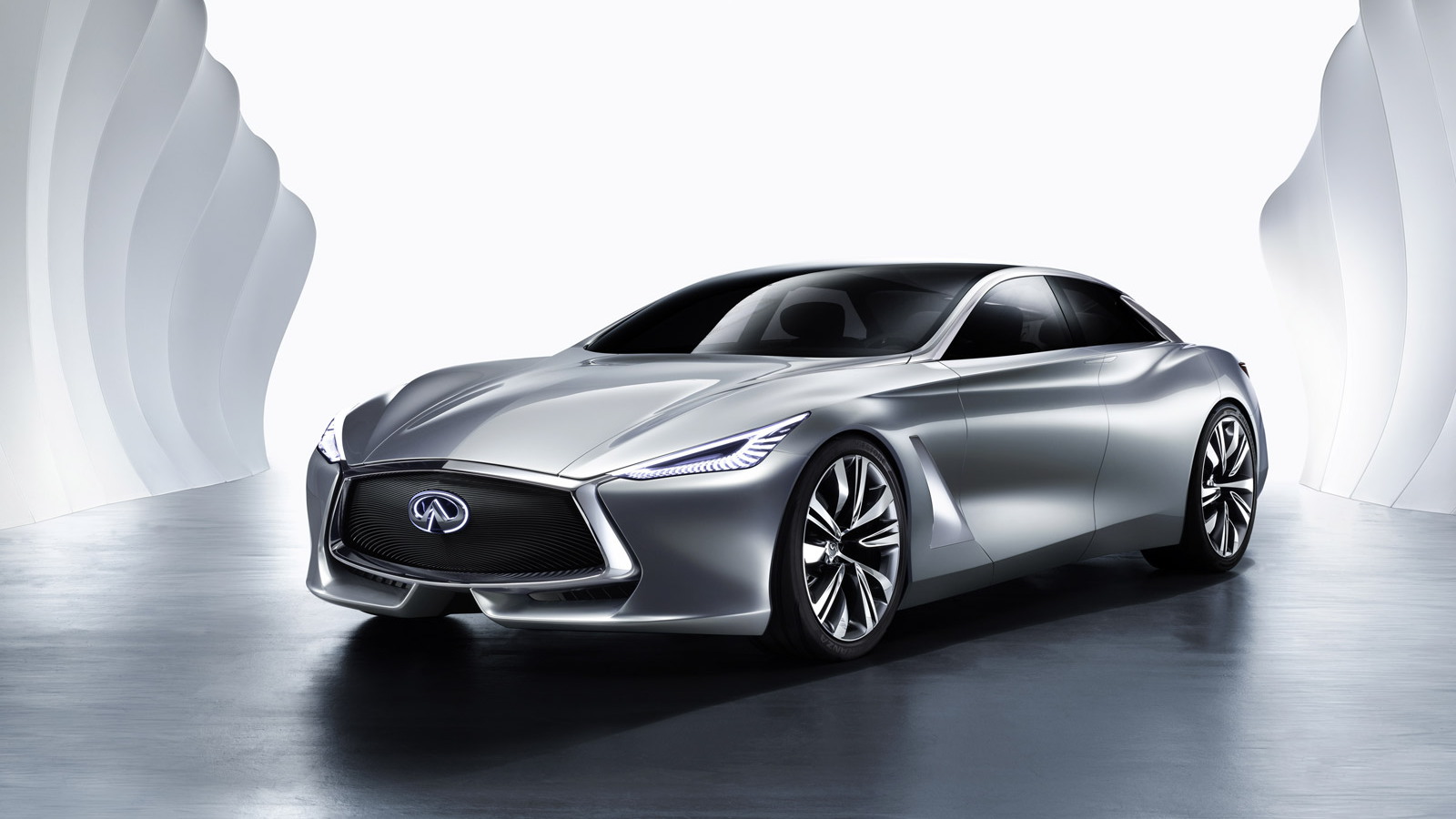 Infiniti has made little secret of its desire to launch a new flagship that would finally fill the void left by the departure of its largest sedan, the Q45.

Today, at the 2014 Paris Motor Show, we now have our first solid look at the automaker’s progress--in the form of the stunning Q80 Inspiration concept.

Not that long ago, it appeared Infiniti was unsure of what direction it should take for any new flagship. 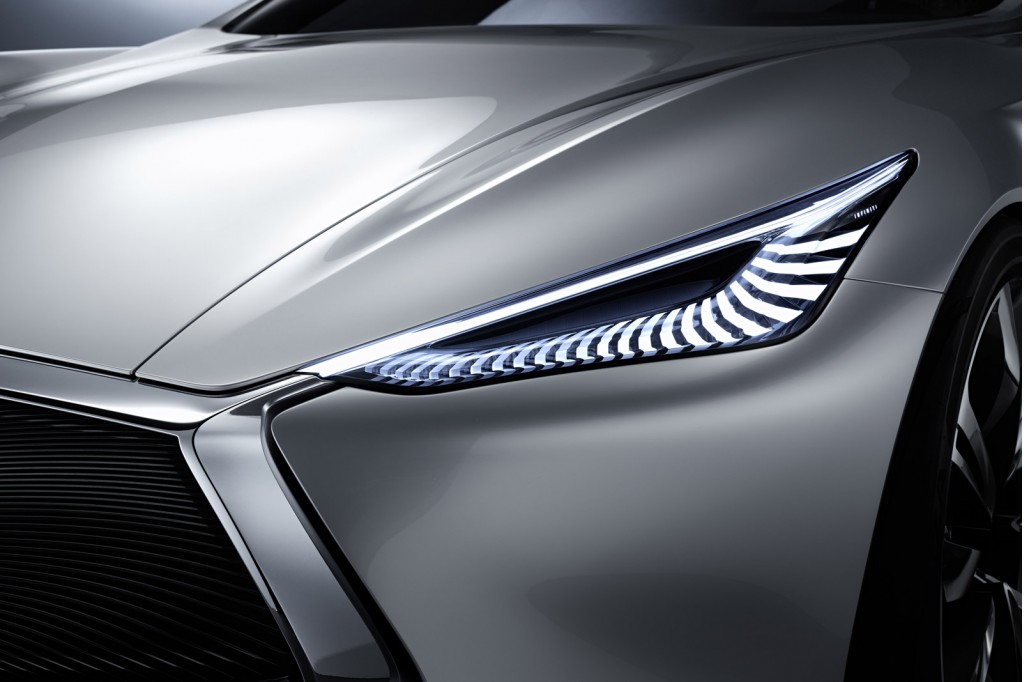 Then the brand’s former chief Johan de Nysschen (now president of Cadillac) came out with comments about not one but two range-topping models: a sedan with coupe-like styling to rival the Porsche Panamera, plus a more sports-oriented model.

It’s clear we’re looking at a preview of the Porsche-rivaling sedan here. The Q80 Inspiration is a sleek, four-door, four-seater coupe with sinuous curves and flowing surfaces.

As a design, it has plenty of lines borrowed from the equally stunning Essence concept from 2009--but with a more contemporary feel. Infiniti tells us this is a look that will feature in future designs. 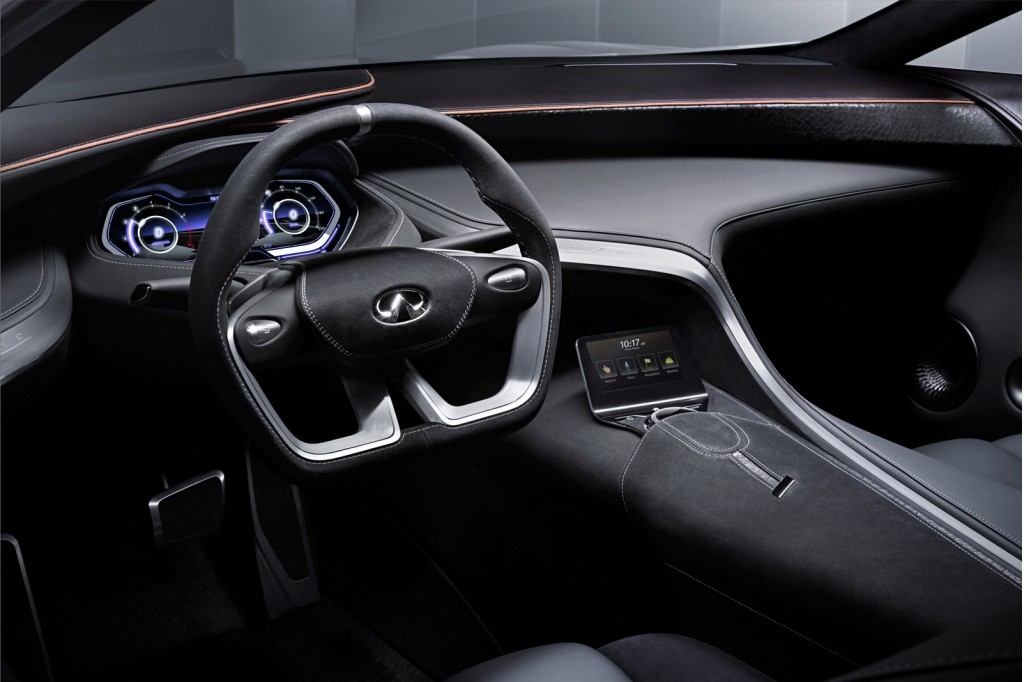 The new drivetrain consists of a twin-turbocharged 3.0-liter V-6, a nine-speed automatic and an electric motor in a setup Infiniti calls a Direct Response Hybrid.

The engine delivers 450 horsepower on its own and receives a 100-hp boost from the motor, giving the concept a 550-hp peak power rating. Peak torque is given as 553 pound-feet.

The new system is likely an evolution of the powertrain previously found in the Infiniti M35h hybrid (now the Q70), one of two different hybrid systems from Nissan/Infiniti.

The M35h system, later added to the G replacement (now the Q50), is designed for rear-wheel-drive vehicles with longitudinal engines.

The smaller of the two systems is for front-wheel-drive vehicles with their engines mounted transversely, including the Nissan Pathfinder and Infiniti QX60 seven-seat crossover utilty vehicles. 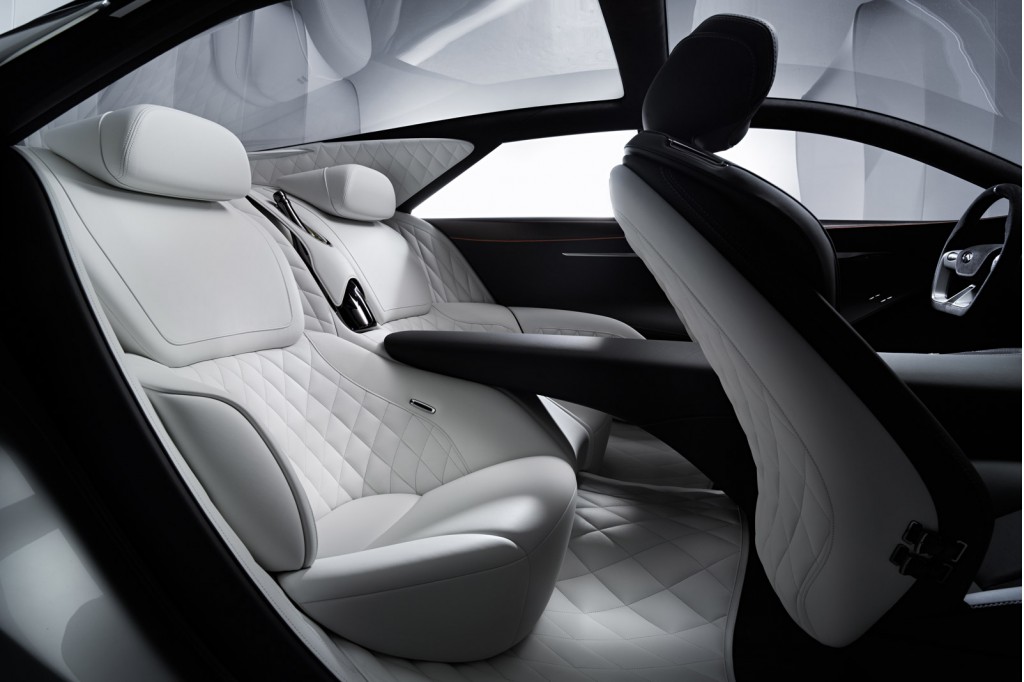 Infiniti says that during acceleration, the instant torque from the electric motor eliminates virtually all lag in turbocharger response.

Power is delivered only to the rear wheels in normal conditions, but when slip is detected, up to 50 percent of torque can be sent to the front wheels. Drivers can opt to keep the car in its all-wheel-drive mode as well.

Infiniti says the Direct Response Hybrid system should deliver a combined fuel economy of more than 42 mpg on the European test cycle--which would translate to the low or medium 30s in EPA combined testing.

That's fairly good for a car the size of the Q80 Inspiration, which measures almost 200 inches long, sits on a wheelbase of 122 inches, is 80 inches wide, and stands 53  inches tall. 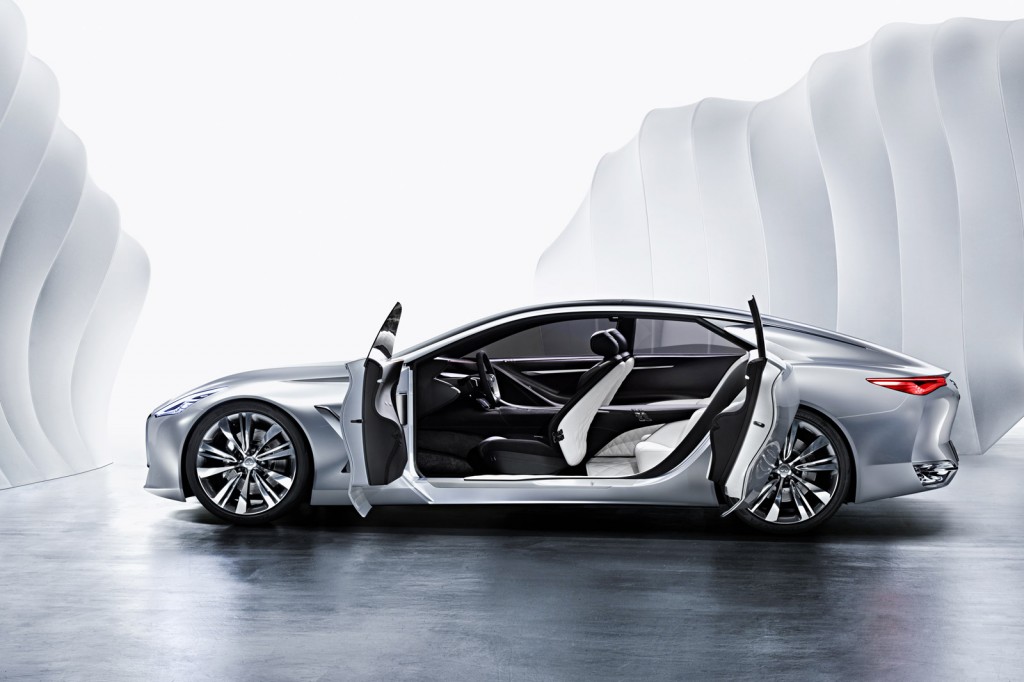 Sooner or later, the concept will spawn a production car, which it likely previews fairly closely.

“Q80 Inspiration is a concept vehicle, but there is a production intent associated with it,” Infinti product development chief Francois Bancon says.

“The naming of the car indicates that something like the Q80 Inspiration will be in our portfolio of the future.”