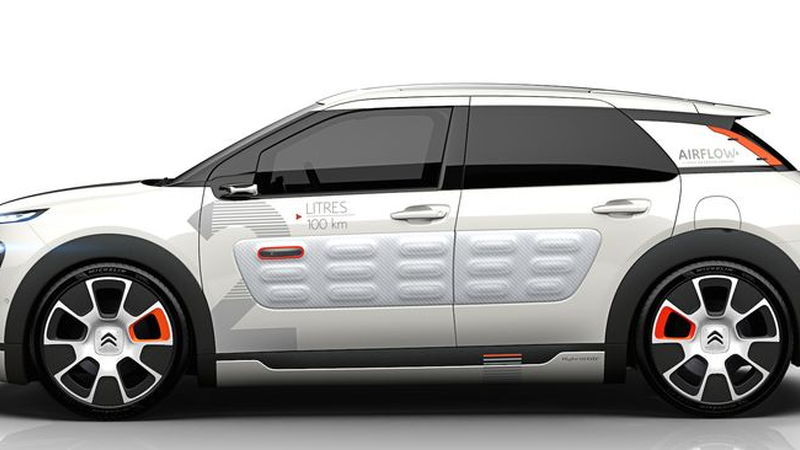 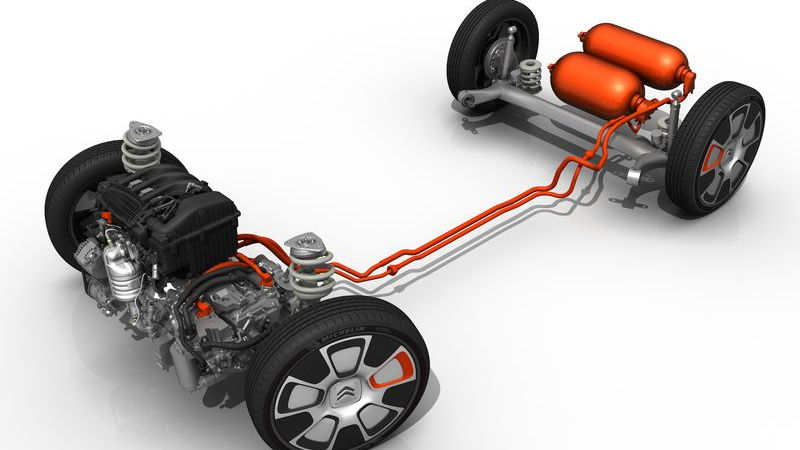 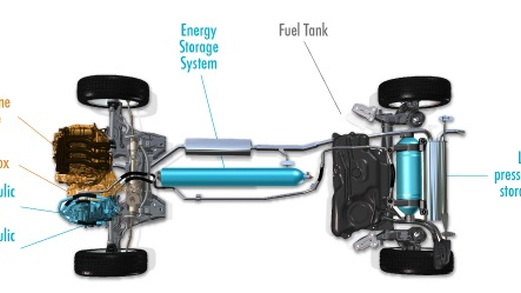 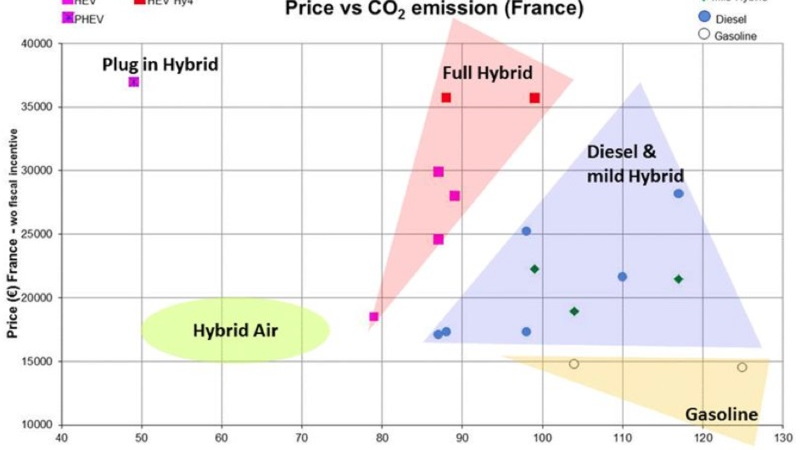 A hybrid system, broadly defined, is any two power sources that combine to provide torque to drive a car's wheels.

While most are hybrid-electric--a combustion engine plus one or two electric motors powered by a battery pack--other types exist as well.

France's PSA Peugeot Citroën is experimenting with compressed-air hybrids, and at the upcoming Paris Motor Show, it will unveil a new concept vehicle using that powertrain.

The Citroën C4 Cactus AIRFLOW 2L concept adds the compressed-air hybrid system to the standard C4 Cactus, a compact vehicle somewhere between a wagon and a crossover.

The most distinctive features of the C4 Cactus are the unique rubber panels on its doors that contain springy "Airbumps," as its  maker calls them. (Ah, the French.)

The Airflow concept's powertrain marries a 1.2-liter PureTech three-cylinder engine that powers the front wheels to a hydraulic pump/motor that operates from compressed air stored in two high-pressure tanks under the rear load deck.

The car can operate in any of three modes: gasoline-only, compressed air-only (at lower speeds), and combined.

The compressed-air Cactus concept also shaves off more than 200 pounds of weight through the use of aluminum structural members, composite panels and supports, and a transparent polycarbonate roof panel, among other measures.

It has also acquired a number of design modifications to reduce the energy required to overcome aerodynamic drag at higher speeds.

On the European test cycle, the system is expected to reduce carbon emissions to 69 grams per kilometer, compared to 109 g/km for the most efficient engine fitted to the same vehicle without the hybrid system.

Those emissions figures translate to fuel economy of 117 and 76 miles per gallon, respectively, but the European cycle produces higher efficiency ratings than the U.S. EPA cycle, so those numbers should be taken with a healthy grain of salt.

The company has been building diesel-electric hybrid vehicles under both its brands since 2012, in which the diesel engine and automatic transmission power the front wheels and an electric motor powers the rear axle.

That system, known as a "through-the-road" hybrid, is offered in larger vehicles that would be considered mid-size sedans and crossovers in the U.S.

PSA Peugeot Citroën has said it intends to introduce the compressed-air hybrid system on a subcompact vehicle during 2016.