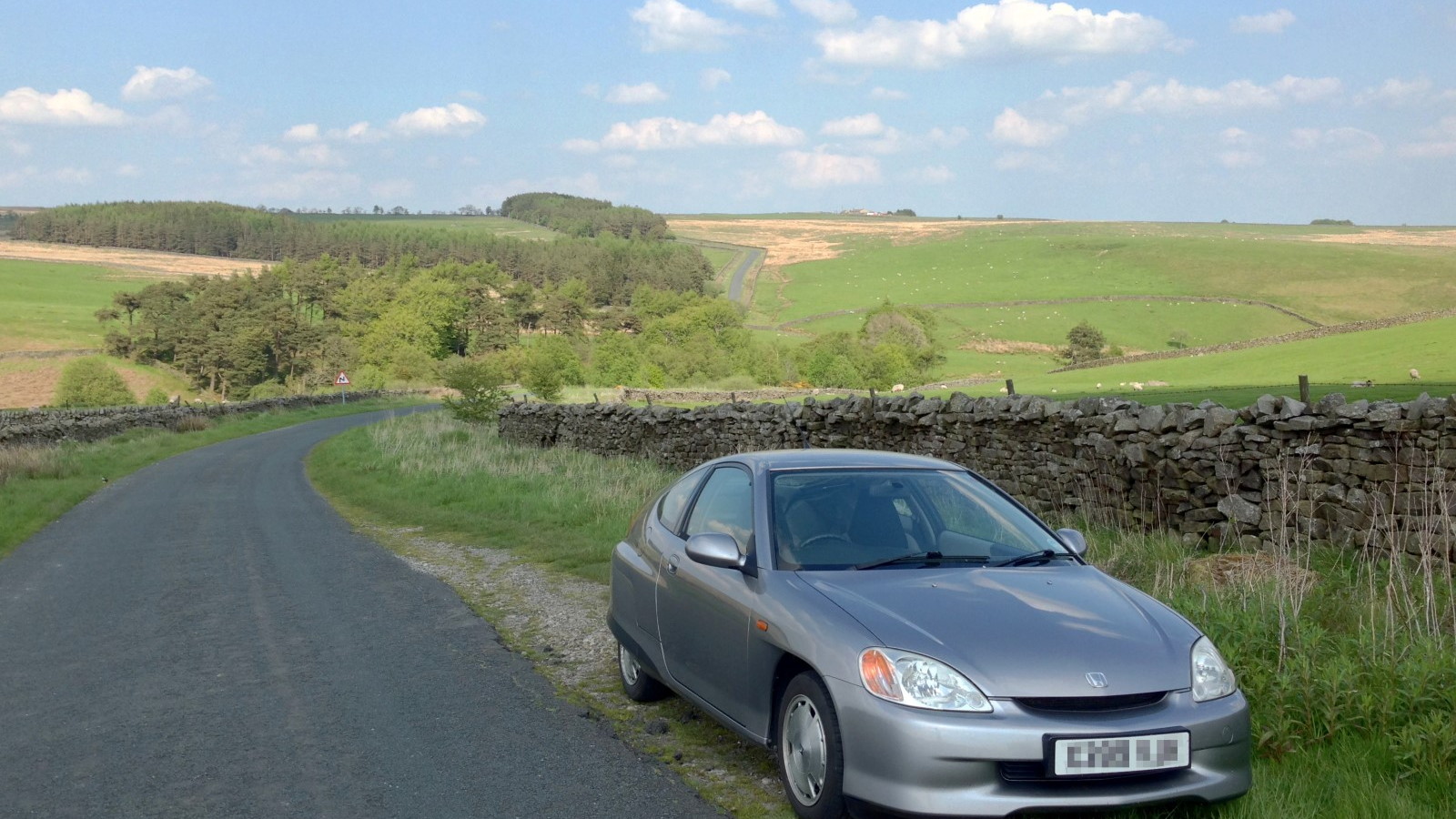 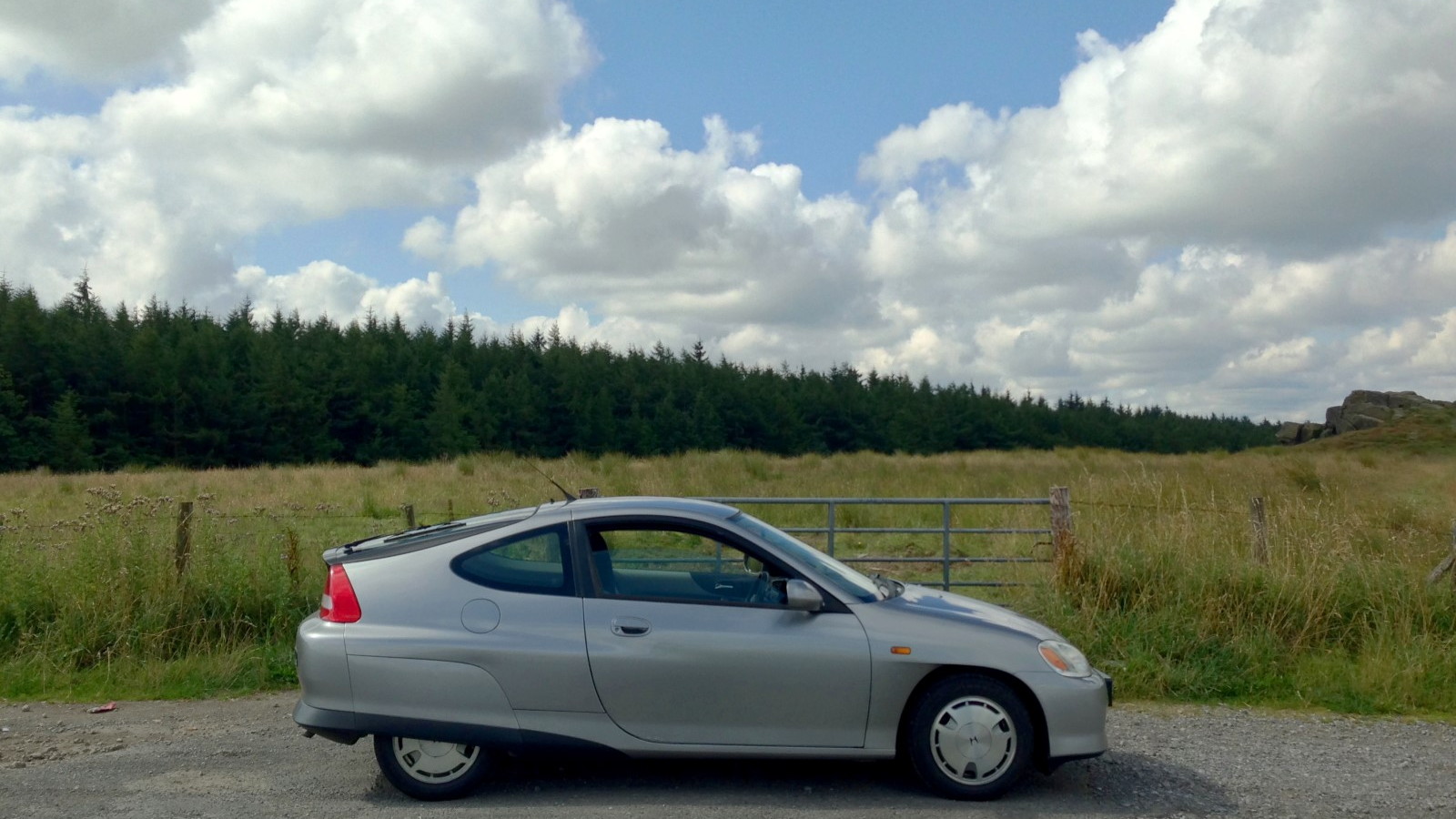 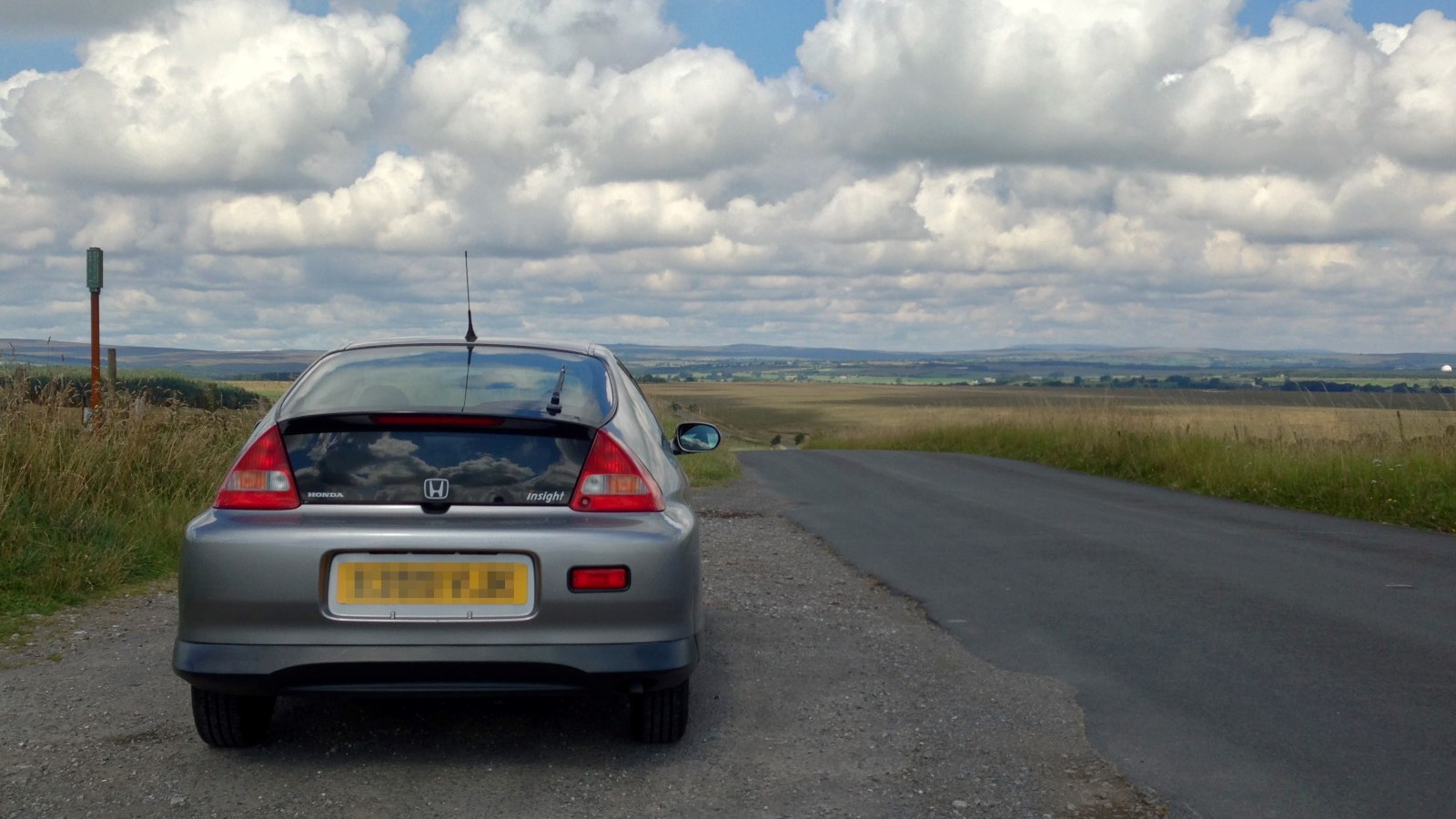 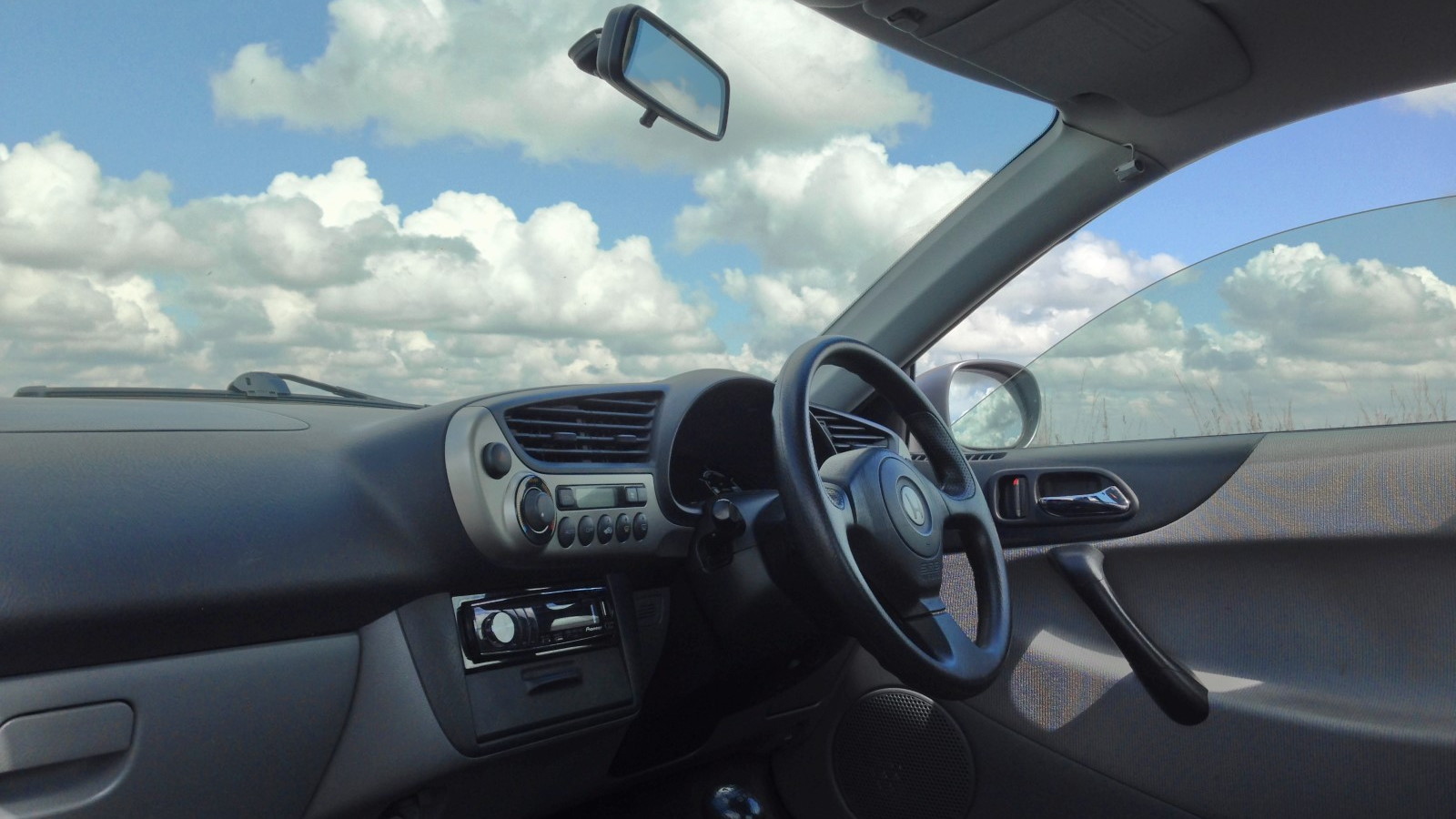 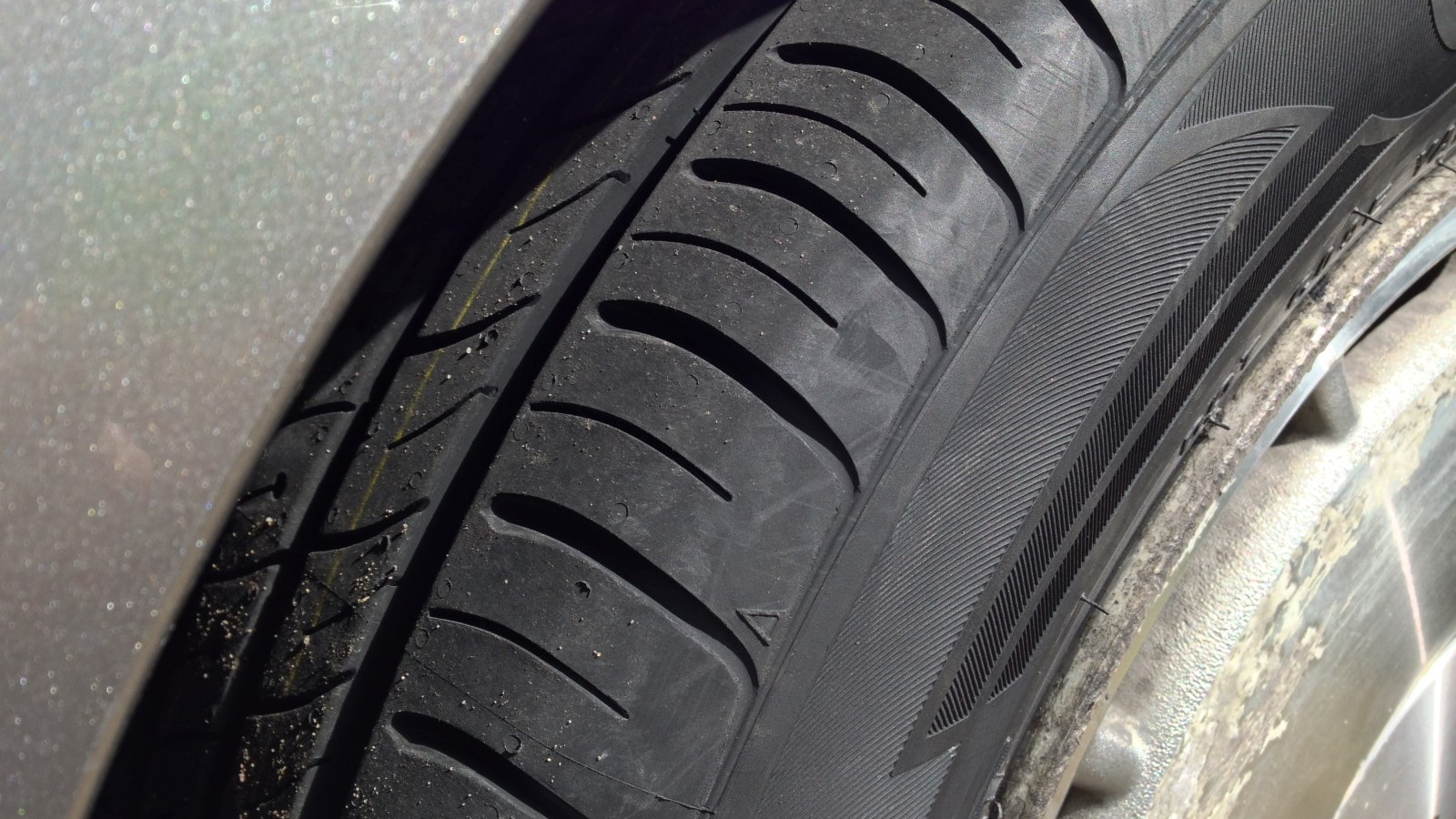 6
photos
61 mpg. That's the figure everyone will want to know, so that's the one I'm starting with.

That, for the record, is eight miles per gallon better than the figure buyers would have seen on the car's window sticker back in 2001.

It has required no special techniques to achieve, and could be replicated by anyone--not a bad achievement given that plug-in vehicles aside, no manufacturer has yet matched that official 53 mpg combined rating, let alone sixty-plus.

That said, my driving style has naturally adapted to the Insight's characteristics and quirks over the last five months. I have, for example, calmed down a little as a driver.

Not because the Insight is some kind of zen driving machine--in fact, sometimes it's quite the opposite. The air conditioning doesn't work, for instance, which has made driving in recent warm weather rather uncomfortable given the glassy cabin.

And while I'm not an out-and-out speed freak, the Insight's languid performance can sometimes irritate. If there's one area economical cars have progressed quite significantly in recent years, it's performance. Swift progress is easier to achieve even in the low-powered 1.6-liter diesels offered in Europe and denied to the U.S. than it is in the Honda.

In those diesels, putting my foot down now and then feels less of a betrayal to the car's nature than it does in the Insight, where your expectations of what constitutes acceptable economy are shifted far beyond that of regular cars. 50 mpg, for example, is a bit of a disappointment.

No, the more relaxing drive is as a result of what happens when the roads really snarl up and circumstances are beyond your control.

In a fast car, or one that isn't quite so economical, it's frustrating. You're not only wasting fuel, but using proportionally less of the car's performance potential.

In the Insight, you simply sit back, accept that the freeway ahead is moving 30 mph slower than you'd like it to, and reap the benefits of the excellent economy.

I noticed the same in the Honda CR-Z I tested early last year--the car's 'Econ' mode could equally be called the 'stuck behind a slow driver' mode, and negated the frustration of poor traffic conditions.

In such conditions, my most recent fill hit almost 68 mpg. That's calculated from tank-to-tank, though the Insight's fuel consumption display in the digital instrument pod is proving very accurate, rarely out by more than about half a mile per gallon.

The rest of the driving experience continues to please, too.

I've recently had a new set of tires fitted. The old ones were down to the legal minimum and incapable of safely dealing with the UK's frequently damp conditions.

It now grips whether wet or dry, and the Insight still handles neatly. Running the tires at 40 psi all-round, the ride, handling and economy compromise seems just about right. Some owners run as high as 50 psi, but I'm unwilling to try such an experiment just yet.

Other things to note? The seats seem very comfortable for my relatively small frame, despite their thin-looking bases.

I've got on fine with the car's luggage space so far--the hidden compartment nestled among the batteries and electronics is particularly useful--and there are plenty of useful cubby holes about the cabin, too.

There are a few things on the 'to-do' list: Refurbish the tired-looking alloy wheels, fix the trip computer button, do an oil change and clean out the exhaust gas recirculation plate, a common issue known to cause the low-revs hesitation and jerkiness my car occasionally suffers from.

Other than that though, I shall continue simply to drive it, and appreciate the way it looks each time I return to it after infrequent gas-station visits...