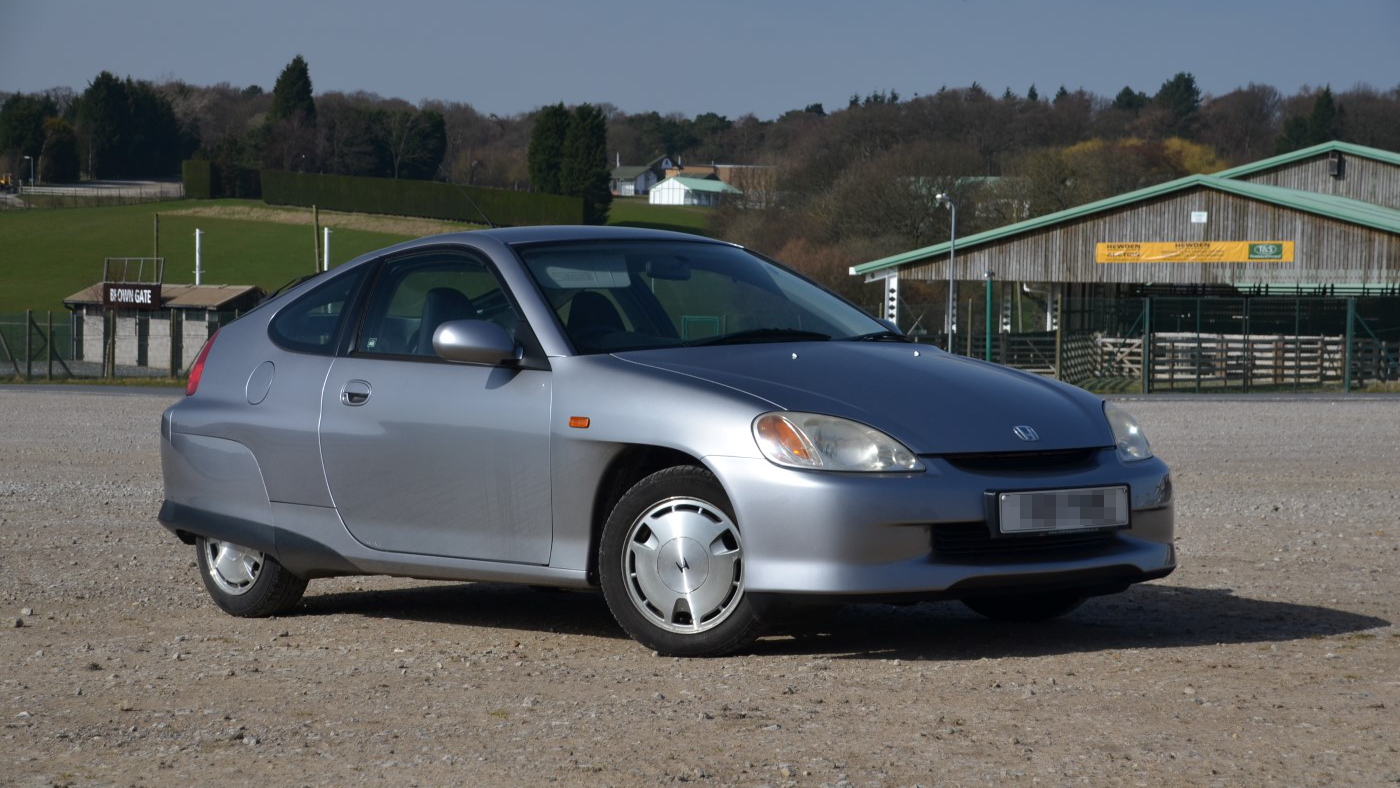 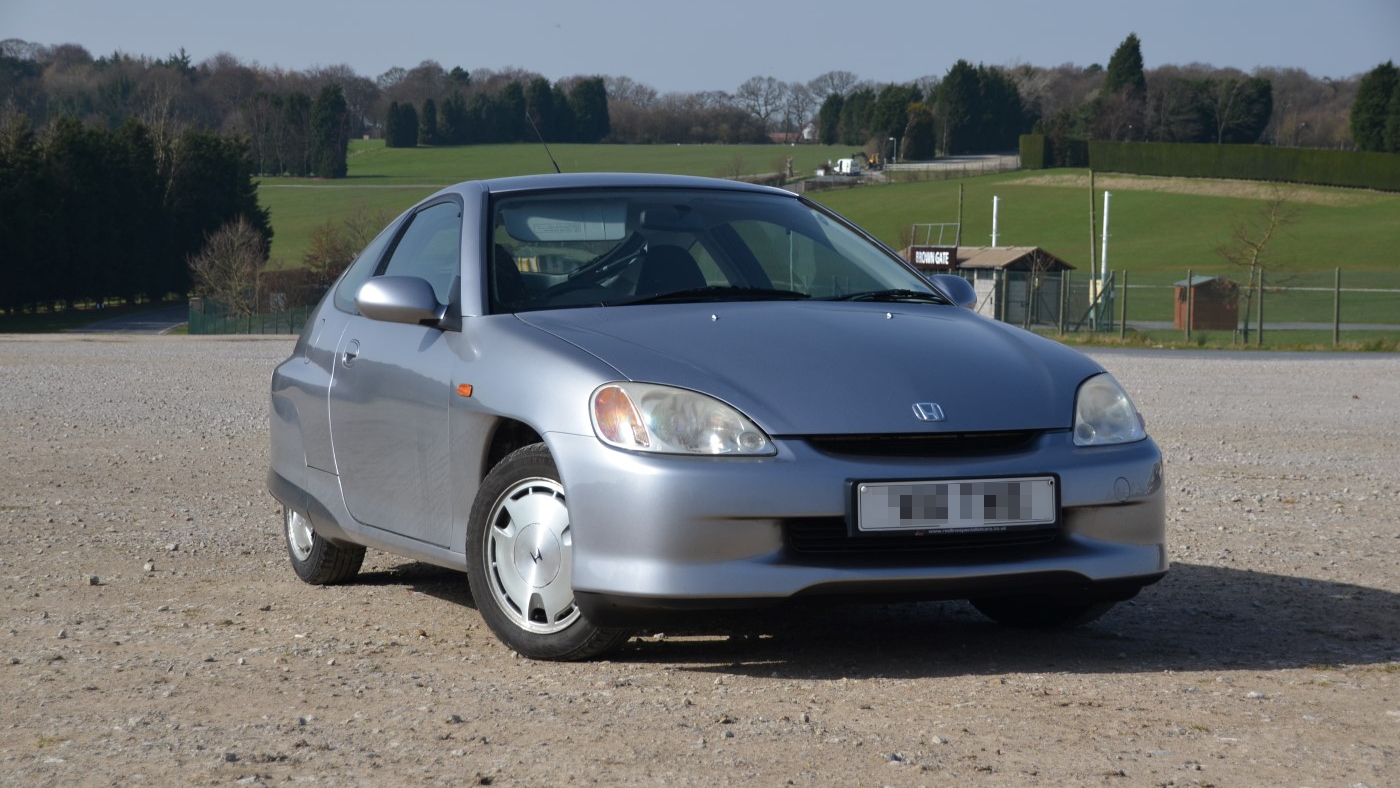 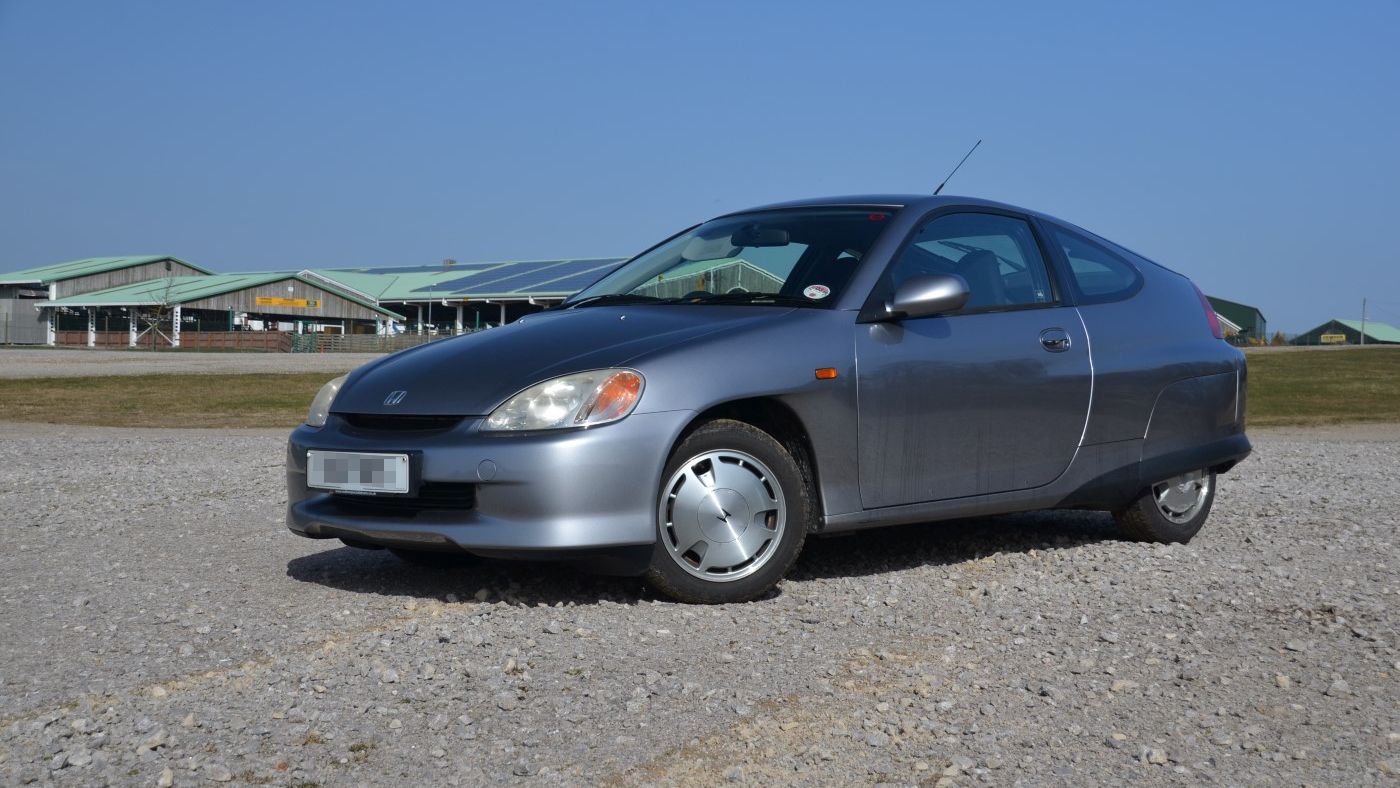 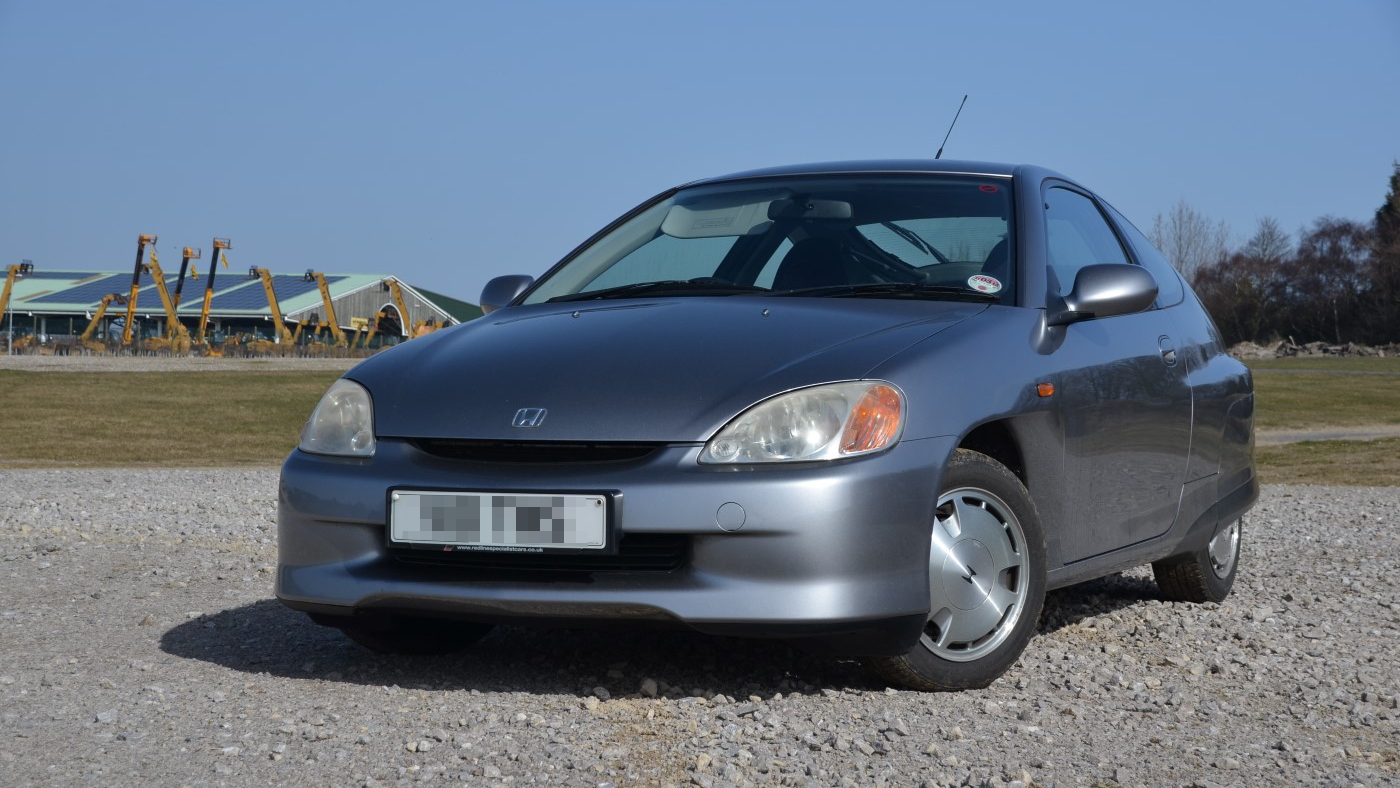 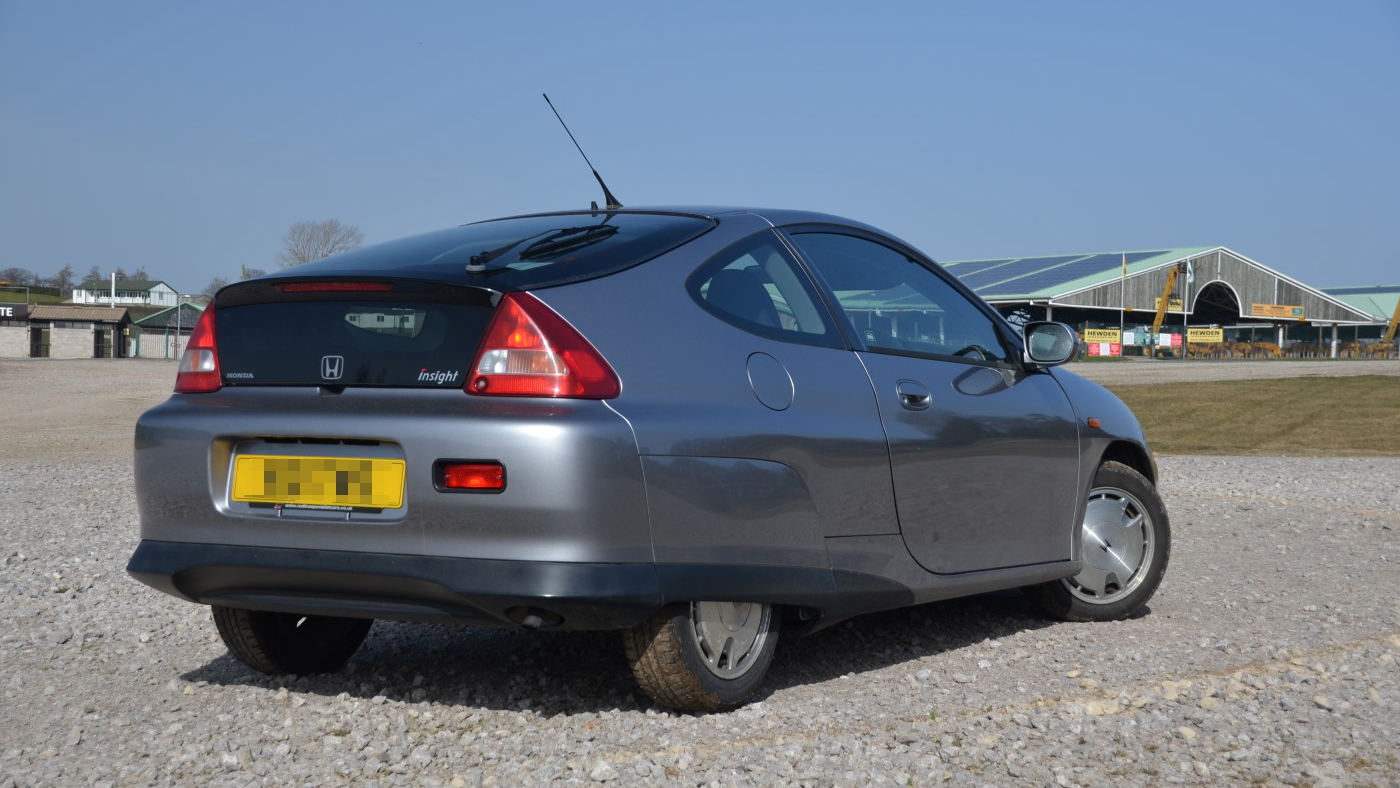 16
photos
If you've been reading Green Car Reports over the past week, you might have seen we recently bought a 2001 Honda Insight--an example of one of the first hybrids sold by a major automaker.

But what if you want to buy your own early Insight? What do you need to look out for?

And more importantly, should you buy one over a 2001-2003 Toyota Prius--the other, and considerably more successful hybrid that subsequently started the craze?

Arguably, one of the trickiest aspects of buying a first-generation Honda Insight is finding one in the first place.

Honda sold little over 17,000 units worldwide between Japanese sales starting in 1999 and production stopping in 2006. On a global scale, that's pretty rare.

In the UK, where we bought ours, they're even rarer--around 250 found homes, and about 220 examples are still on the roads.

Luckily there are far more roaming around in the U.S, and there should be at least one lurking on sites like eBay at any given time. The downside is that it might not be anywhere near you--you may need to travel quite a distance for a good Insight.

If you've managed to find an Insight, the next thing you need to know is what sort of general condition it's in.

Many Insights will have covered over 100,000 miles by this point, and more than a few have done double that. Those that haven't yet broken into six-figure mileages will typically cost a bit more, but the important thing to note is that condition is much more important than mileage.

In reality, the drivetrain components are quite happy doing several hundred thousand miles--and as a highly-efficient car, owners tend to treat them gently and maintain them well, to ensure good economy.

A history check with companies like Carfax is still worth doing if it isn't already being offered by the seller though--it's nice to know whether the car has had any accidents in its life and how regularly it's been serviced.

The Insight is constructed from aluminum, so the good news is wherever the car is located, rust shouldn't be an issue. Aluminum does oxidize, and you may see small bubbles in the paintwork as a result, but ultimately there'll be no holes or seriously bad patches.

It's worth inspecting for damage though, as aluminum can be expensive to repair. The front and rear bumpers are plastic and may be hard to find, but they should be cheaper than new fenders. The rear aero spats can be tricky too--they're rare, and replacements cost a few hundred bucks to replace brand new.

Headlights are prone to clouding up--something we're fixing on ours with a cheap restoration kit--and wheels can oxidize and corrode, which may require painting or re-finishing.

Check the tires too--not just for condition (minimum legal tread depth is up to Lincoln's upturned head on a penny, but you should really replace them before that) but also the type--Bridgestone B391 tires were fitted as standard, and virtually all owners report better gas mileage on these. They can be difficult to find at competitive prices, though.

Inside, inspecting the Insight is just a case of checking for wear and tear. It's a simple interior, with few creature comforts other than a pair of soft seats and air conditioning. It's not luxurious, but aside from a few rattles here and there it's generally tough.

Another interior check is the instrument cluster. It should all light up, of course, but check for the 'IMA' light to indicate any issues with the battery and hybrid system--it should extinguish soon after turning the key. The trip computer button is also known to fail, but obviously isn't a major concern.

The good news is that the Insight is, in general, incredibly reliable.

For a 1-liter car, the mileage some drivers have put on Insights with no major issues is extraordinary.

Honda's 'Mile Makers' website is dedicated to Hondas breaking the 100,000-mile mark. Several Insights have done over 300,000 miles now with few issues, and one has even breached the 400,000 barrier.

At a more typical 100,000 or so, issues are even fewer, but worth noting. Synchromesh rings in the manual gearbox can cause trouble, and some owners have reported CVT problems too.

Small oil leaks can develop here and there, engine mounts can degrade over time leading to vibration under acceleration, but stuttering and lack of low-revs power can be caused by other issues too--clogged exhaust gas recirculation (EGR) systems, dirty air filters (all easy fixes) or the dreaded IMA system.

Actually, the IMA isn't that bad. Most issues will be battery- related rather than motor-related.

The battery replacement or refurbishment window can be anywhere between 75,000 and 175,000 miles. It's complete pot-luck, but they don't tend to just "fail" so slow charging and discharging are usually indications well ahead of time.

Refurbishment is cheapest. Replacement can be expensive and goes some way to offsetting the car's excellent economy, though the new battery is likely to last another hundred-plus thousand miles.

Honda tells us the price of a first-gen Insight battery is currently $1,968.85. You can add $500 to that for shipping (including return shipping of the old core) and dealer labor can be added to that.

Some independent specialists offer upgraded alternatives for competitive prices. Many even offer warranties, but check with other owners to see who they recommend.

If the car you view needs a new battery though, remember to factor those replacement costs into your purchase.

The Insight is an easy car to drive, and even easier if you opt for models with the continuously-variable transmission.

It drives as you'd expect a light-weight, small-engined car to drive. The controls are light, it feels nimble, and with the IMA system providing an electric boost at low revs you don't need much throttle to get going. There's also more grip than you'd expect, largely thanks to the low weight.

The manual gearbox is light and precise, though cars with weak synchros may be a little more difficult in the lower gears.

The car is never quite as brisk as you might expect, largely down to long gearing. Just keep in mind that most of the time you'll need a lower gear than you're used to for harder acceleration or overtaking.

Keep any eye on the battery gauge--if it doesn't look like it's charging particularly quickly, it could be a sign the battery is on its way out. Poor low-end performance and hesitancy could be IMA-related, or could just be the aforementioned clogged EGR system.

All Insights have a firm ride, so if you're wincing over bumps that's probably normal. Though check with the owner what tire pressures he or she runs--many owners put a few extra pounds in there to help improve mileage further. Great for MPG, not so great for your spine.

Keep potential battery issues in mind--and ensure you can afford them if they happen--and the first-generation 2000-2006 Honda Insight is not a difficult car to buy.

Mileage doesn't seem to faze it despite the tiny engine, mechanical issues are few, and corrosion isn't a big problem even in the snow belt states.

There's also a healthy owners' community, the excellent InsightCentral forums--where every possible problem has been experienced and fixed many times over. And all but the most complicated issues can be fixed by the average home mechanic.

If all that isn't enough, the first-gen Insight remains one of the most economical cars on the road. 50 mpg is a minimum, and many owners experience 60, 70, 80 mpg and beyond, with various driving techniques.

Like all used cars, you have to do your homework. But pick the right example and the Insight will be fun to drive, ultra reliable and incredibly economical.