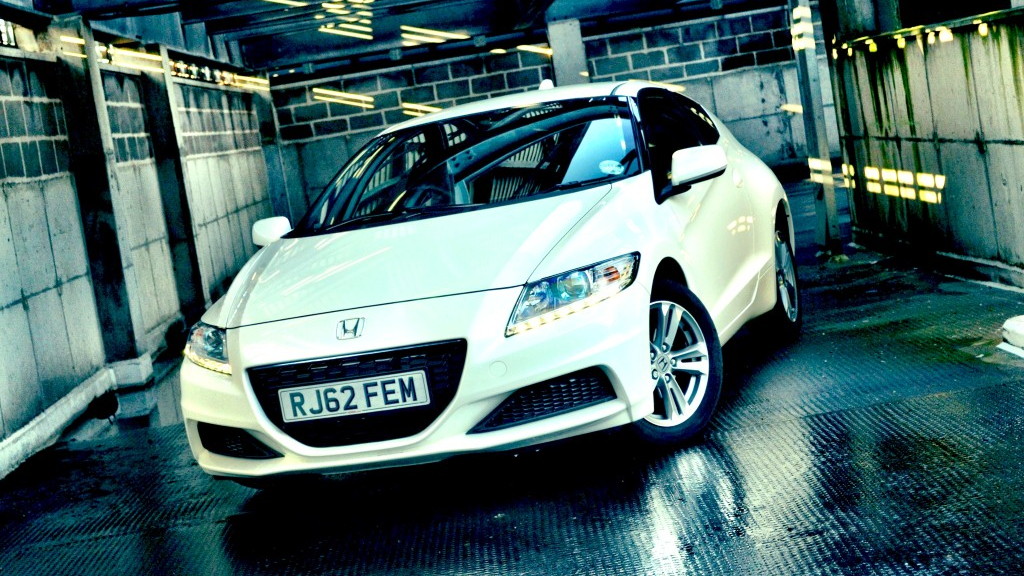 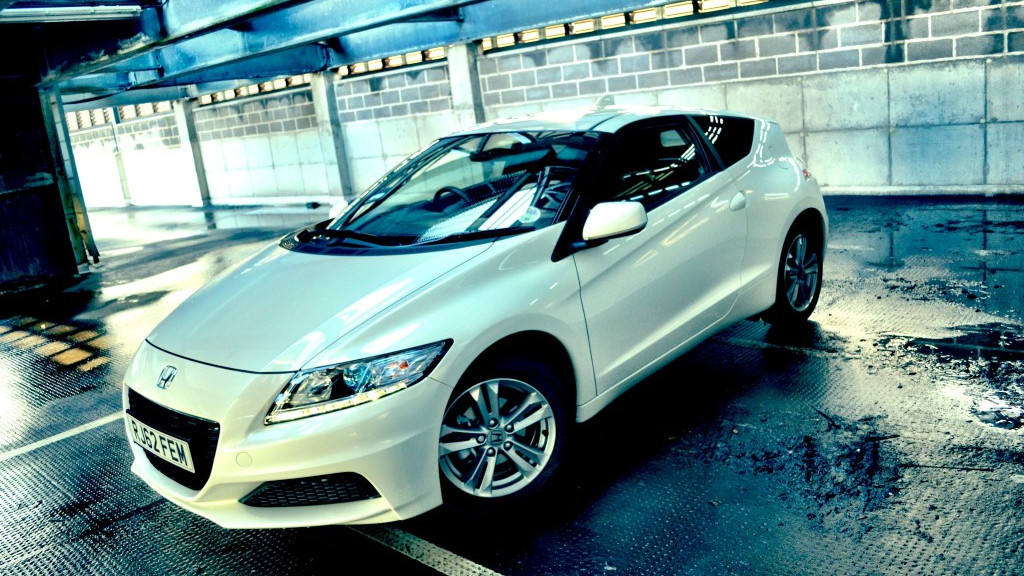 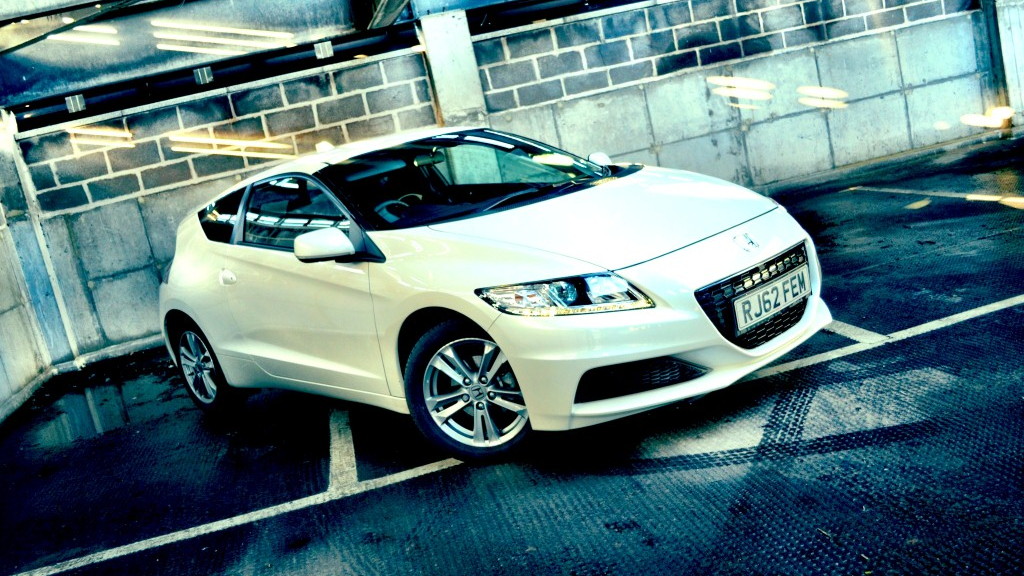 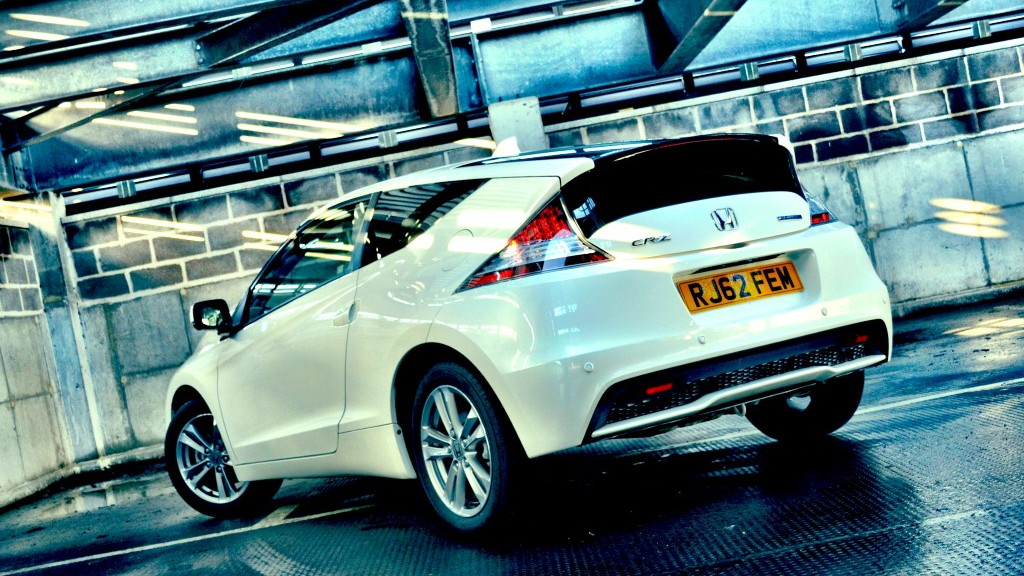 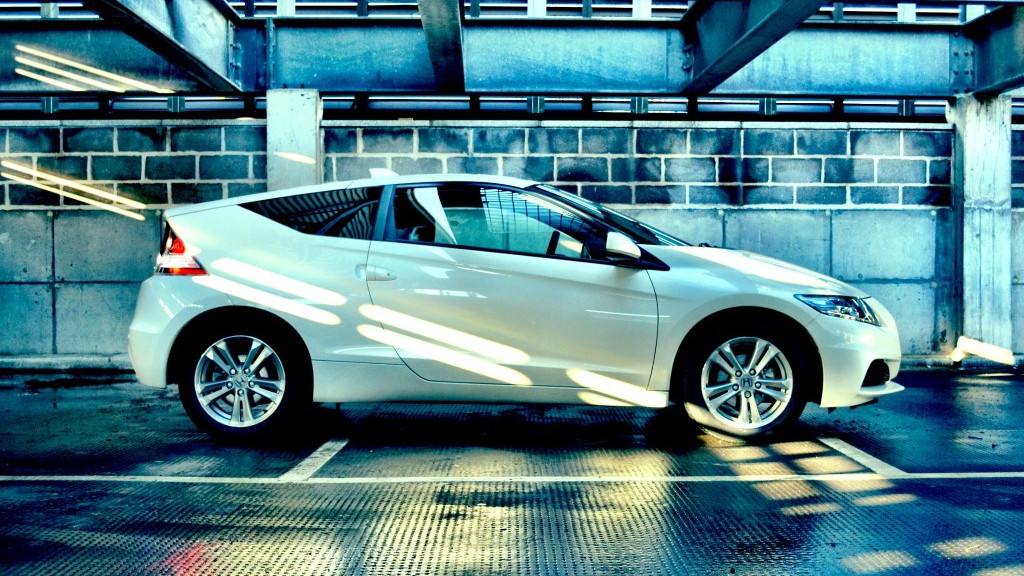 11
photos
Honda launched the CR-Z hybrid coupe in 2010, aiming to defy the assertion that all hybrids are slow and boring.

It has to be said that as defiant acts go, the CR-Z hasn't been entirely successful. Gearhead circles have criticized its so-so performance, while hybrid fans decry its average economy ratings.

The 2013 CR-Z gets some changes to address those concerns, and we've had a week with a UK-specification Honda CR-Z to see if they work.

Equipment levels and styling may differ slightly between our UK car and those available in the U.S, but mechanically it's the same 1.5-liter, hybrid-assisted engine you'll find worldwide.

Combined power from the engine and electric motor is 133-horsepower, 11 horses up on the old car. Officially, that's enough for a 9-second 0-62 mph sprint--around 7 tenths quicker than the previous model.

It still isn't a fast car, but feels peppy enough, and the little four-cylinder is as willing as ever. Hit sport mode, carried over from the previous model, and engine response is improved further, with an extra boost from the electric motor.

Even more boost is available if you press the new Plus Sport (S+) button on the steering wheel. When pressed, it gives you everything the electric motor's got for up to ten seconds, which is useful for freeway merging or overtaking.

A snappy manual gearshift and nimble handling also make the CR-Z a lot of fun to throw around, even if the ride feels a little firm sometimes. Refinement is good around town but some wind and tire noise does creep in at higher speeds.

Press the Eco mode button and things are a lot more relaxed.

Too relaxed, on occasion. We liked the engine's eagerness to shut down at lights (even if its criteria for doing so seemed to vary hugely--sometimes it would, sometimes it wouldn't), but we were less keen on the soft throttle response.

It can actually make pulling away quite difficult, particularly on inclines, and encourages a very relaxed getaway too. If you don't like other drivers welded to your rear bumper (and a tiny car with "Hybrid" on the trunk lid already encourages tailgaters) we'd suggest you leave it in "Normal", at least. 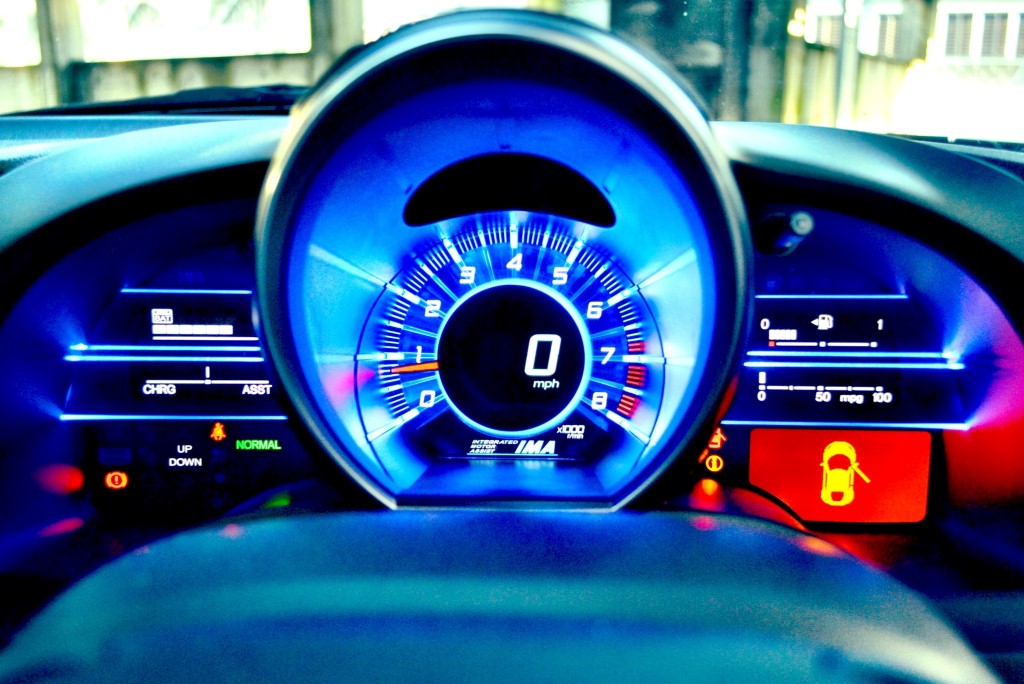 We love the way the CR-Z looks. It's as sharp and eye-catching today as it was at launch. It's equally space-age inside, enhanced by the blue and green glow of the instruments. Trying to keep the car "happy" by growing trees in the instrument panel becomes an all-consuming pursuit.

However, during our week with the car, we just couldn't get comfortable. Whatever position the seat and wheel were adjusted to, back and leg ache would set in after less than an hour. This echoes our previous experiences with the car, and seems indiscriminate of height or weight.

Our gas mileage over a week of driving proved more than respectable. In a mix of city and country driving, the car's computer displayed a figure of 37 mpg. That rose to 41 mpg after several hundred miles of freeway driving, most of which was driven at around 70 mph.

Both those figures are improvements on the official 34 combined and 38 highway EPA ratings for the 2013 car, though as always--your mileage may vary.

That seat discomfort rather spoils the CR-Z for us, though. For this writer, still yet to break into his 30s and a fan of small, sporty, thrifty cars like the CR-Z (and therefore probably in the car's target market), it's a huge disappointment.

The CR-Z is fun, quicker than before and offers good real-world mileage, but until Honda fixes those pain-inducing seats, it's being struck off this reviewer's potential car list...