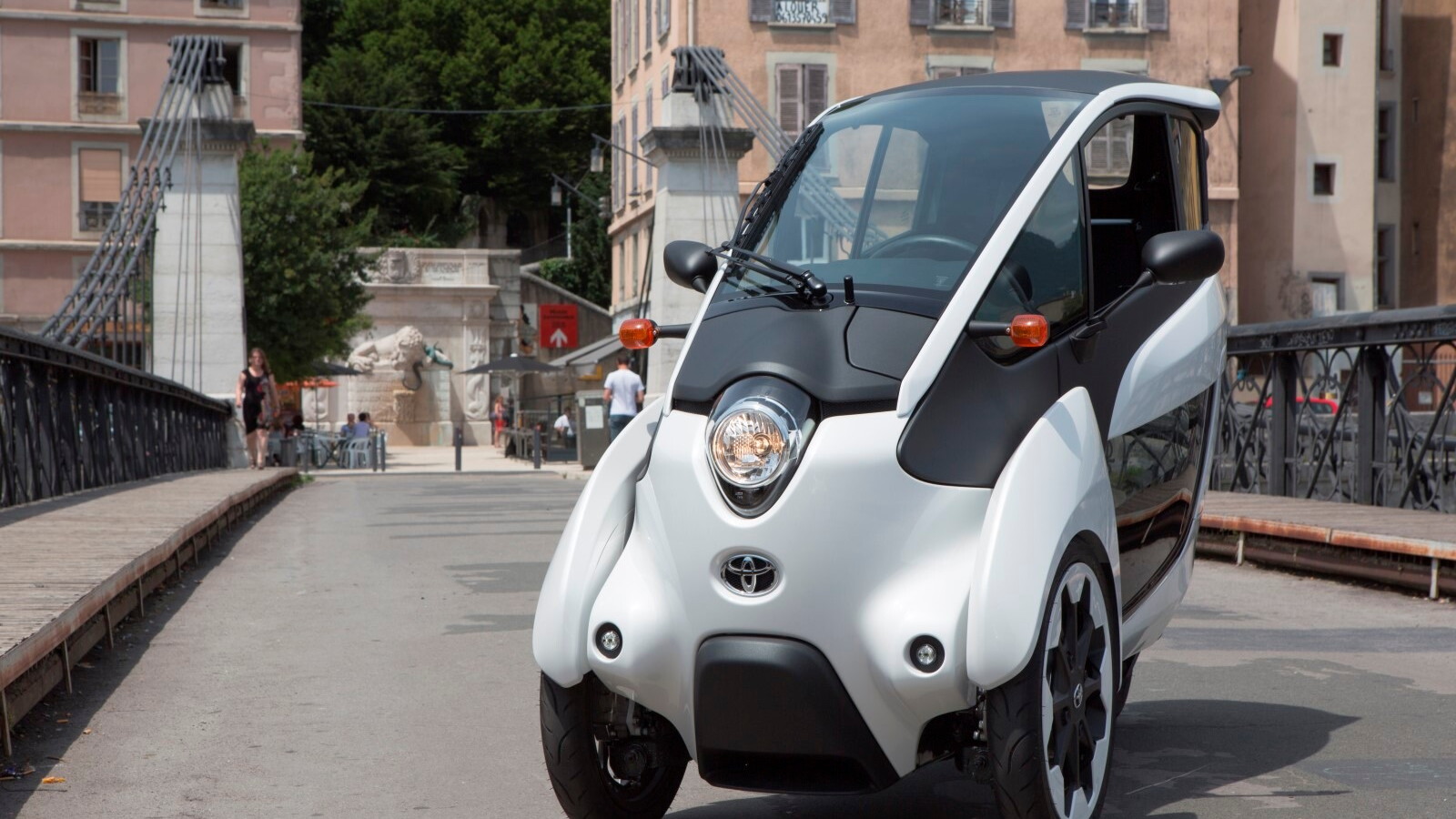 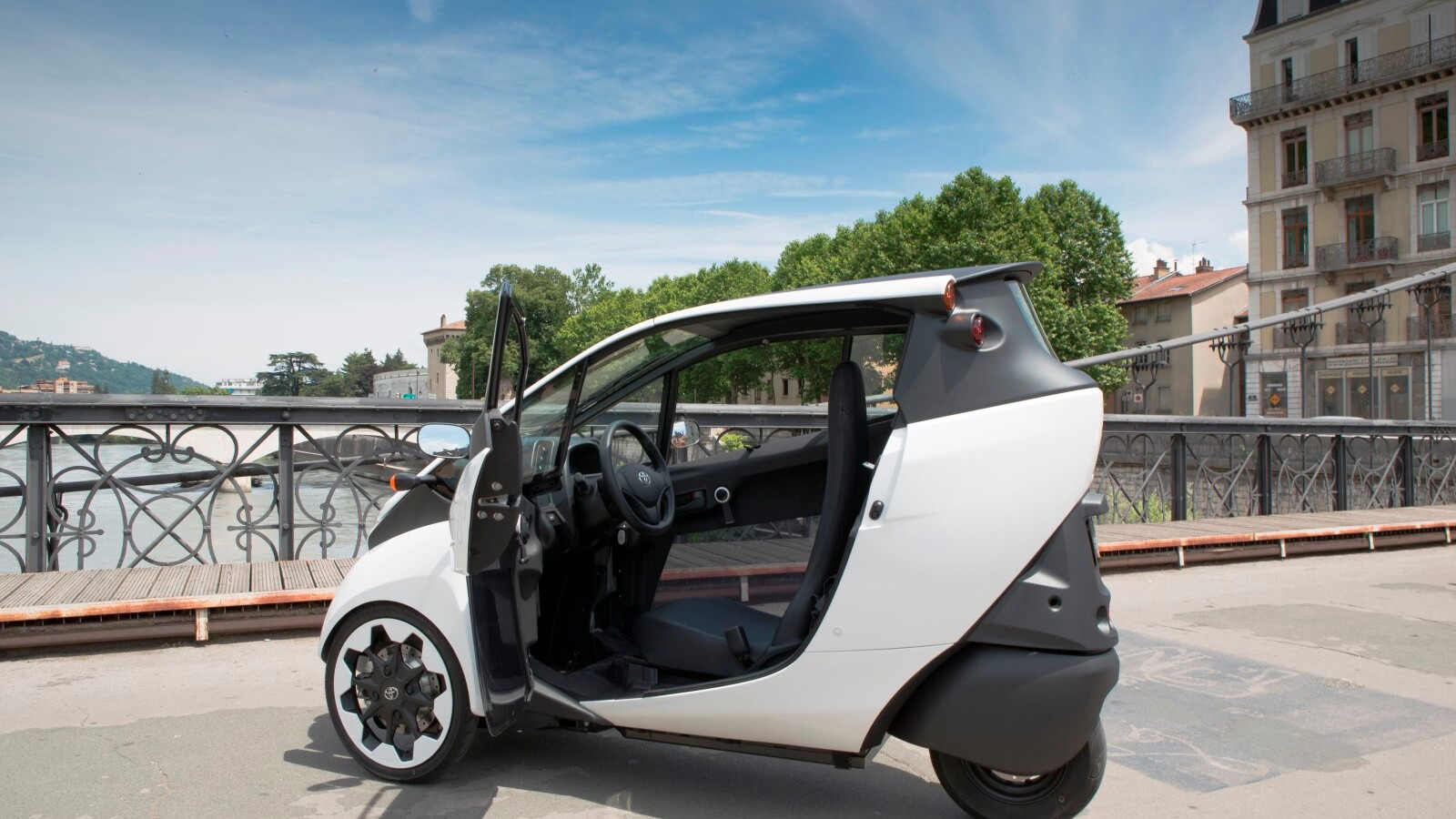 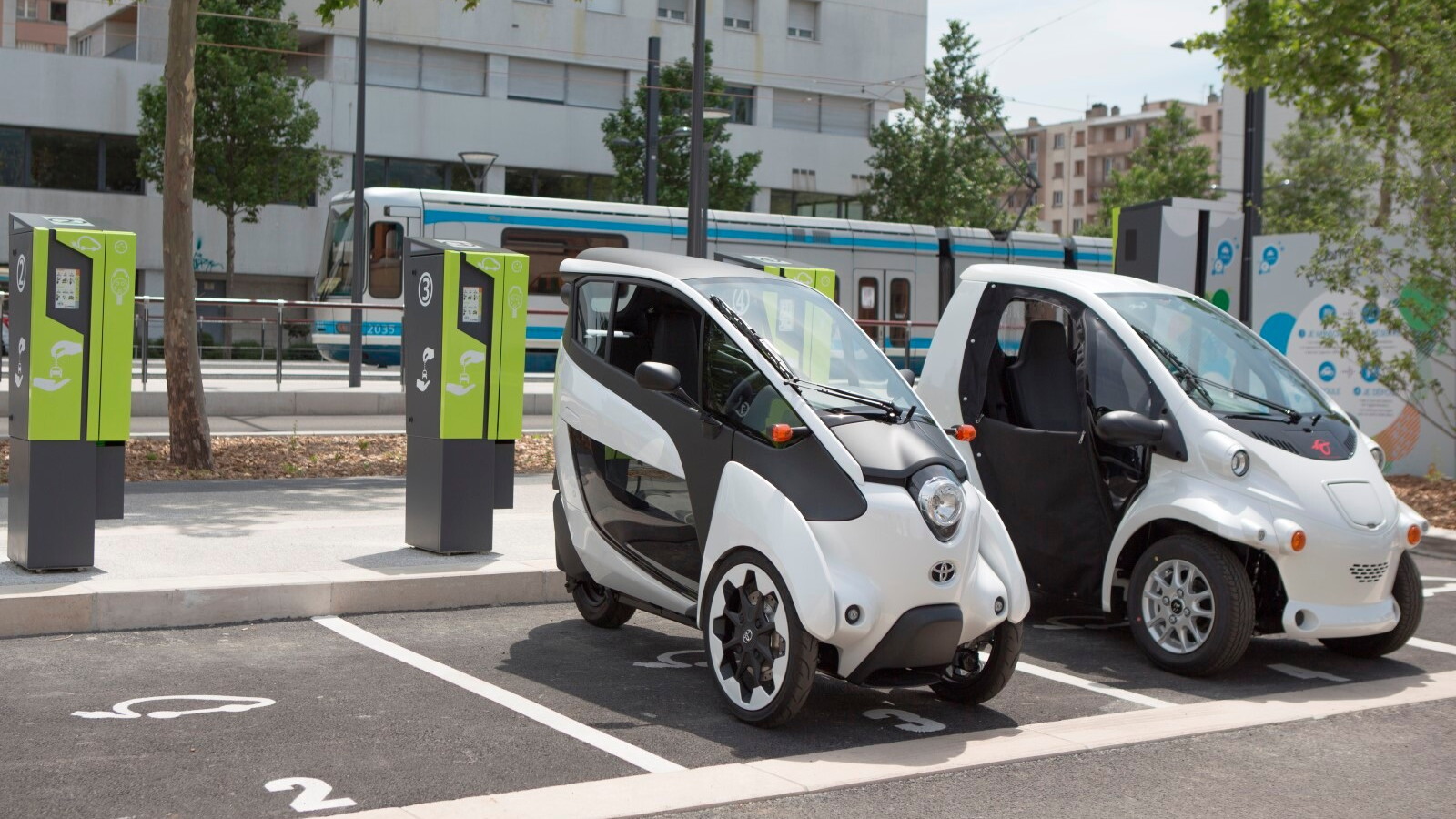 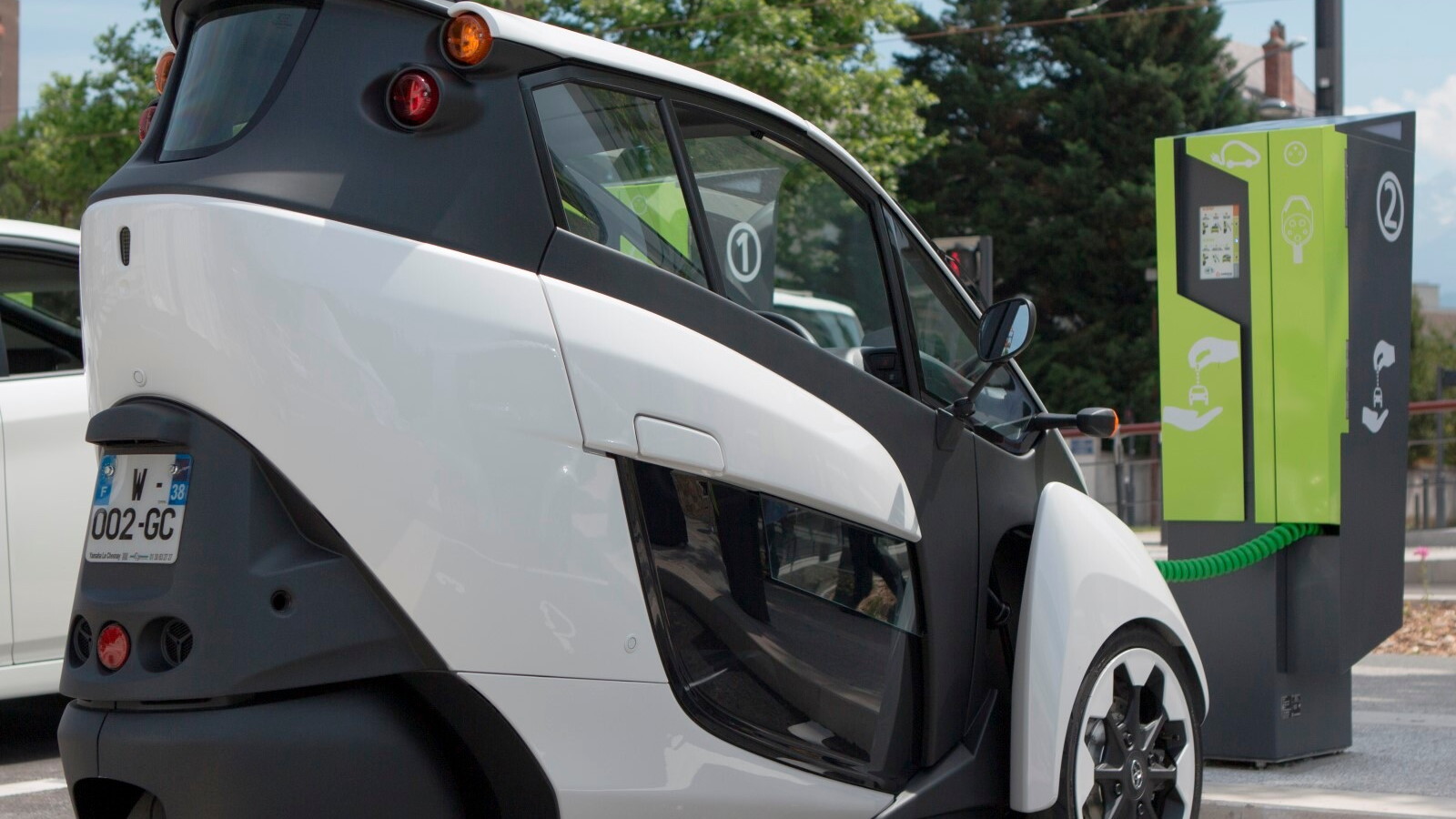 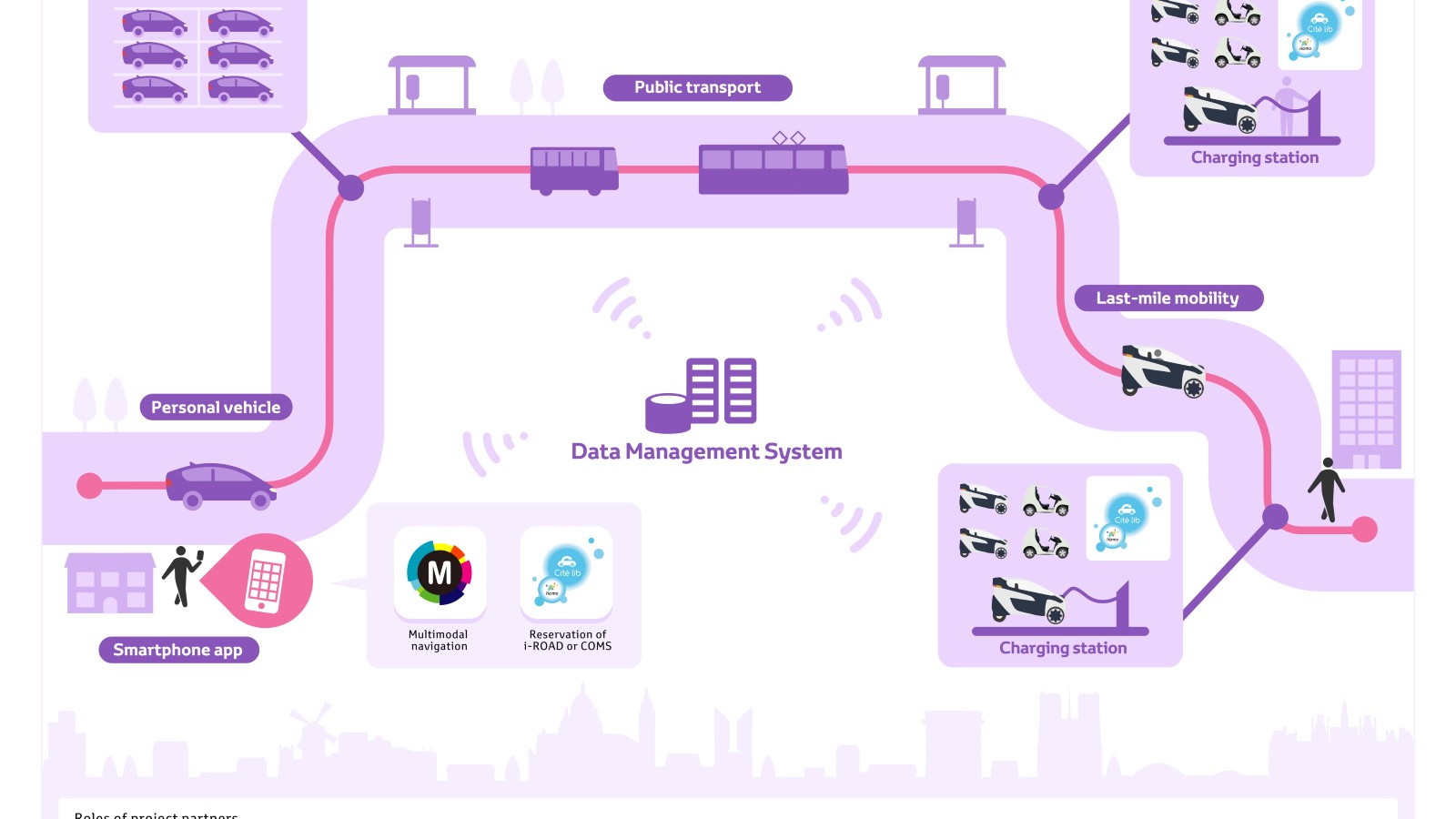 Its latest round of testing takes place in Europe, where a fleet of 70 i-Road and Coms personal mobility vehicles are being deployed throughout the French city of Grenoble.

The vehicles won't just be driven by city officials or hand-picked Toyota employees either; Instead, they're going into a car-sharing scheme called Citélib by Ha:Mo ("Harmonious Mobility"), available to members of the public.

The i-Road, and the slightly less sophisticated but equally small Coms are the Japanese firm's take on cars like the Renault Twizy and Honda's conceptual Micro Commuter Car.

Each vehicle is designed exclusively for use in tightly-packed cities, reducing the space vehicles take up as much as they aim to reduce fuel consumption and emissions.

Where both Honda's concept and the production Renault Twizy have adopted a two-seat layout, Toyota's two offerings are even more minimalist, each featuring just a single seat.

The i-Road though is quite innovative, in that it leans into turns like a motorcycle. The benefit of this is an even narrower footprint, while still remaining stable when cornering. Steering is actually handled by the rear wheel, though each front wheel can move on the vertical plane as the i-Road turns.

Power goes to the non-steering front wheels, with two, 2 kW electric motors. The resulting five horsepower puts performance on par with the average 50cc scooter--not a lot, but no less than required in near-stationary city traffic.

The i-Road started Japanese trials earlier this year but the car's European trials will assess how the car (or similar, future vehicles) work as part of the rich fabric of city transportation options.

Citélib envisions a typical scenario for European city commuters: tram rides, connecting buses, walking and plenty of waiting around. Or setting off in the car and getting stuck in traffic all morning.

The company suggests that strategically-placed i-Roads or Coms vehicles could be placed at transportation hubs, ready for commuters to use them as a quicker, easier way through traffic to the office.

One of the trial's partners, French energy firm EDF, will set up 30 new charging stations across Grenoble to assist in the project. Toyota provides the vehicles, while existing car-share firm Citélib will handle the network.

Grenoble itself was chosen for its history of innovation--it recently re-introduced electric trams, public transport use is high, there are over 200 miles of bicycle lanes in the city and it's a haven for technology companies.

All those factors could make Citélib by Ha:Mo quite a popular service in the city--and is sure to assist Toyota in developing future city-bound vehicles.