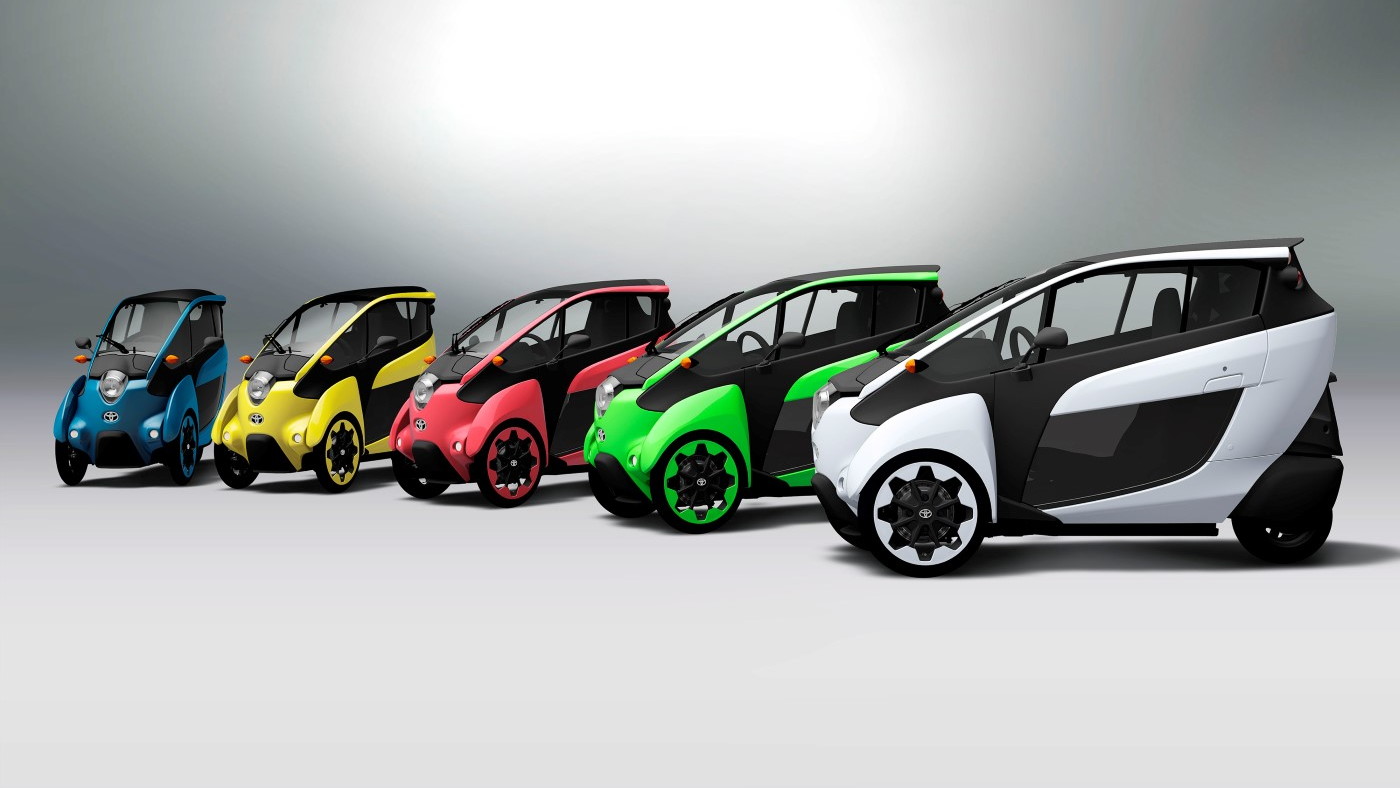 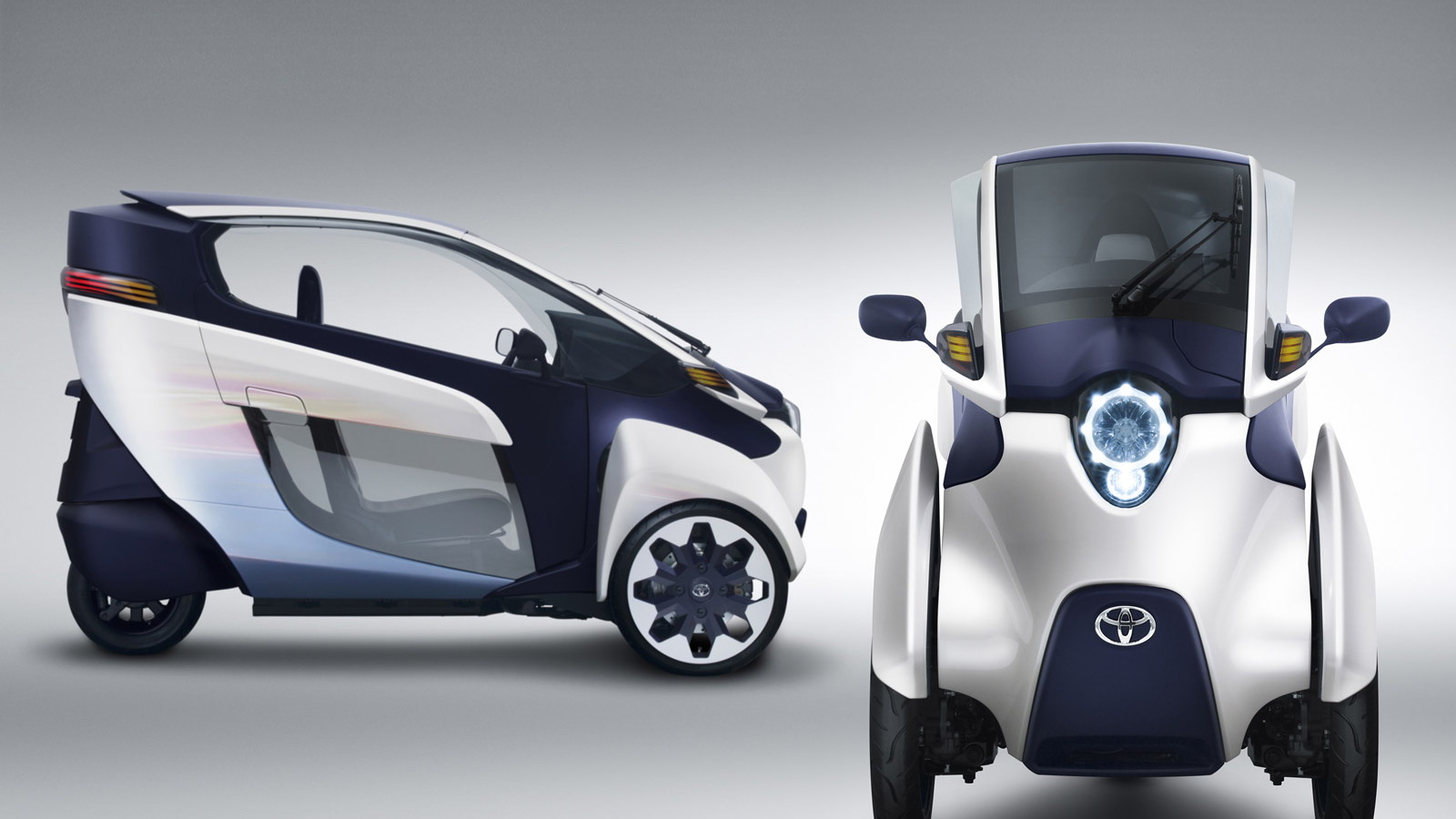 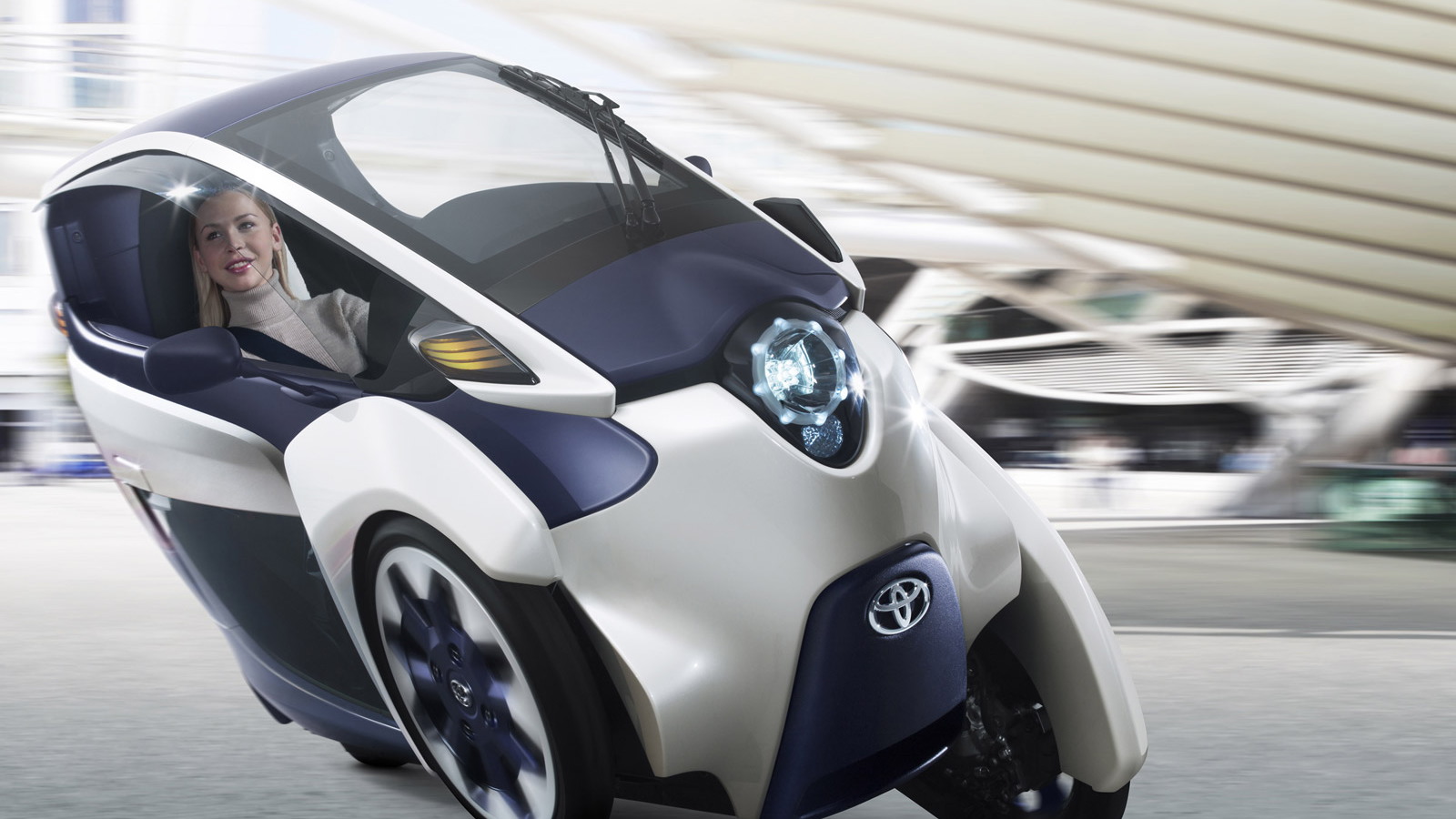 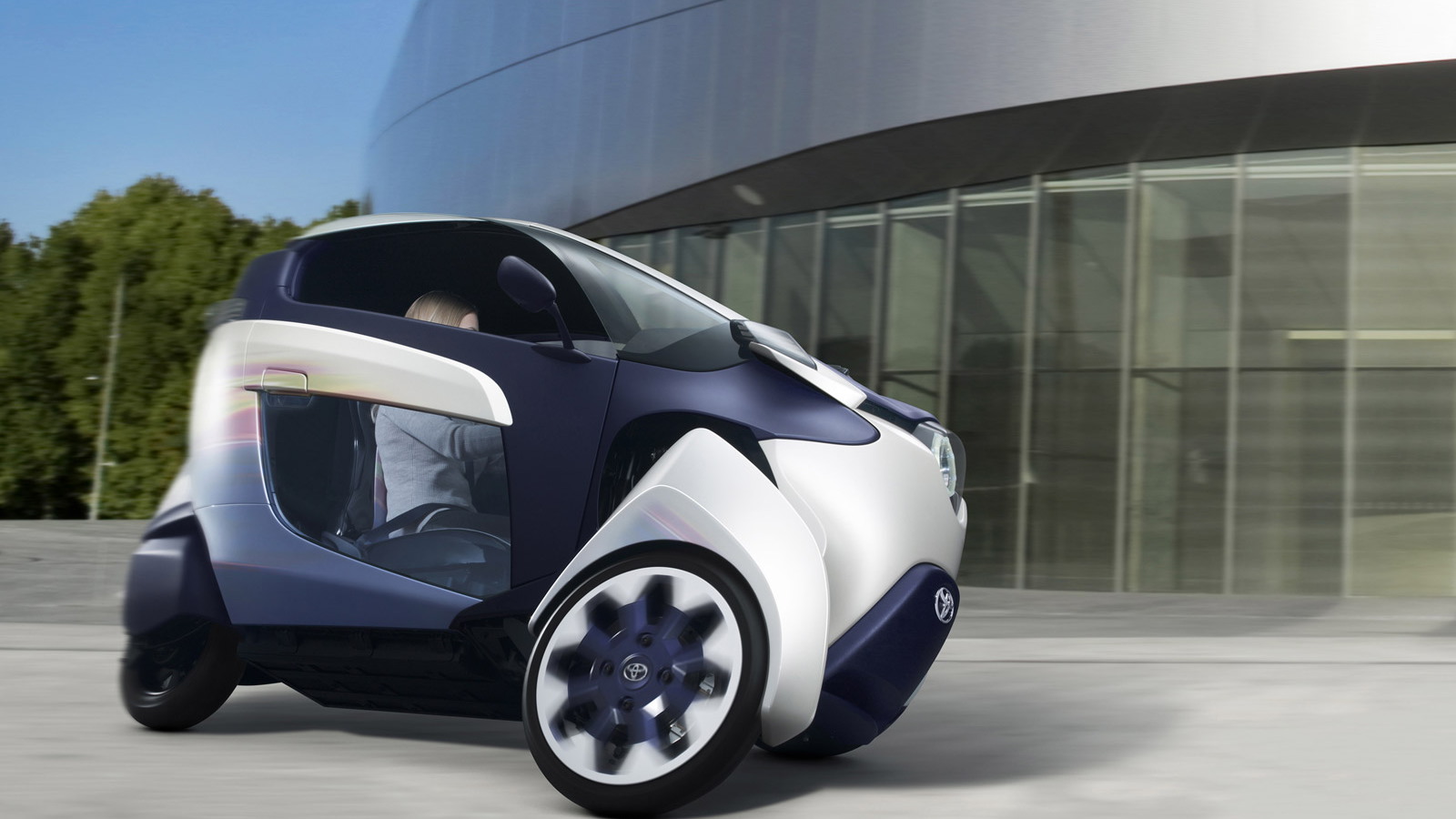 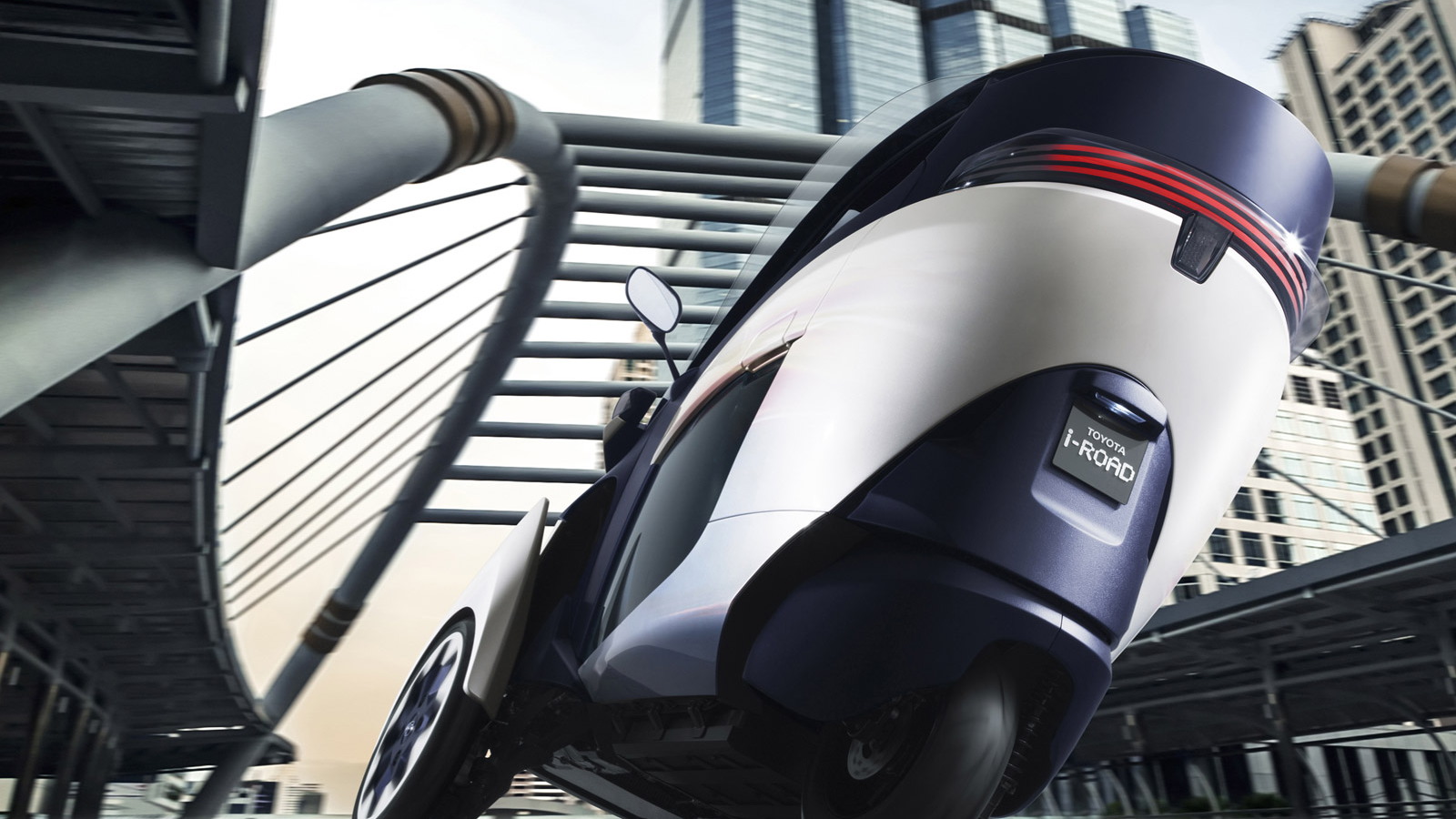 8
photos
Toyota is to start real-world consumer trials of its unique i-Road urban electric vehicle in its native Japan.

Like its European equivalent, Renault's Twizy, the i-Road aims to combine the comfort and safety of a car with the ease-of-use and convenience of a scooter or motorcycle.

While the Twizy uses a (relatively) traditional four-wheel layout though, Toyota's effort is more unusual--two static wheels at the front with a single rear wheel, connected to the steering system.

To counteract the possibly-hilarious but certainly-scary handling traits such a layout would normally produce, the i-Road leans into turns in the manner of a motorcycle, as you can see in Toyota's video above.

Control is via a regular steering wheel and pedals, and power is provided by two, 2 kW electric motors acting on the front wheels. That's only five horsepower in total, but that's still more than your average 50cc scooter and plenty for punting around the city.

It's illustrative of the fact that cars are very much a product of the roads and traffic conditions they've been designed for.

While large, comfortable, powerful vehicles have traditionally dominated in the United States, small and maneuverable, cheap-to-run cars are hugely popular in Japan.

Where registration, tax and fuel are expensive, Japan's size-restricted "kei cars" dominate the streets. But even those create pollution and congestion, something the i-Road avoids with its electric powertrain and 33-inch width--no more than a maxi-scooter.

Toyota will use public trials to gauge the effectiveness of the concept.

It's to supply ten vehicles to around twenty test participants, ranging from regular members of the public to trend and industry experts. Toyota will collect feedback on driving feel, user satisfaction, ease-of-use in urban areas, and impact on destination choices.

There's no guarantee Toyota will put the i-Road into production, but as other makers explore the concept--Nissan is already testing a fleet of Nissan-badged Renault Twizys, while Honda prepares its own small commuter vehicle--it's sure to have some competition if it goes on sale.