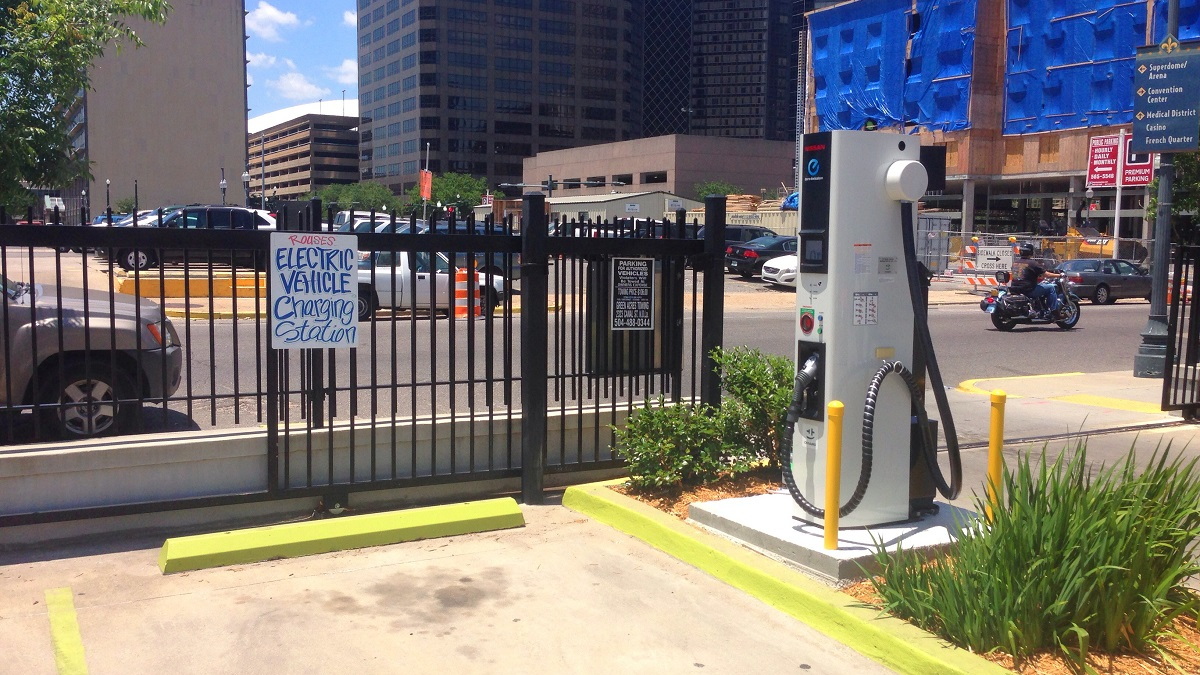 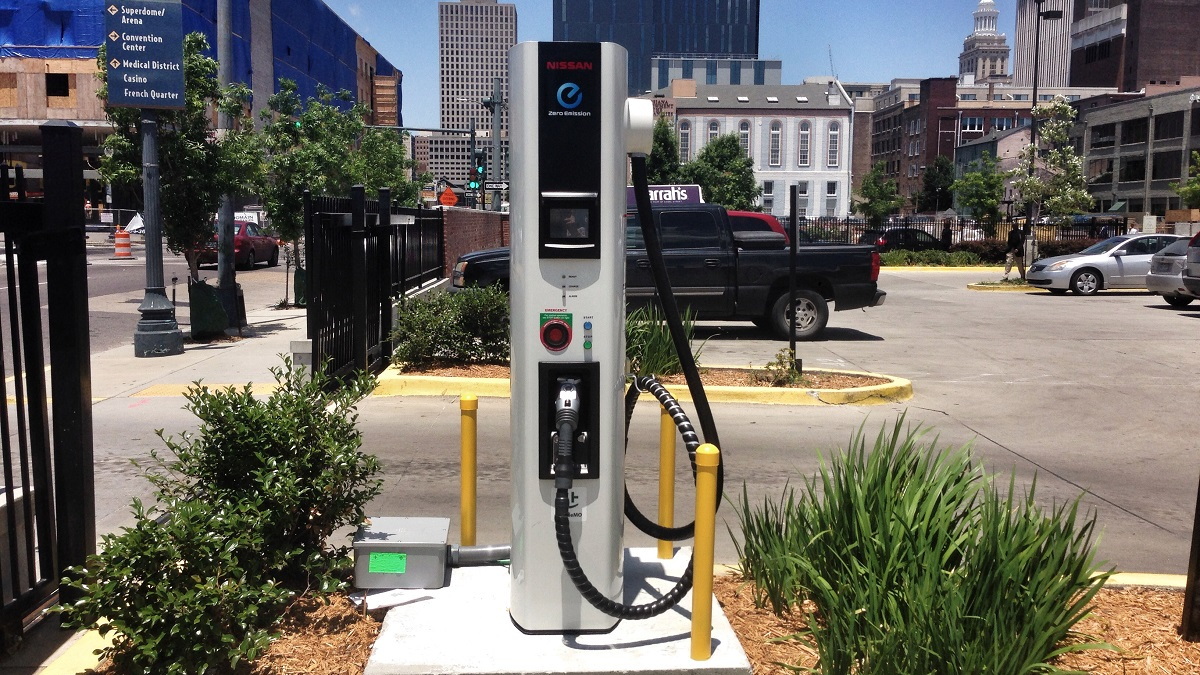 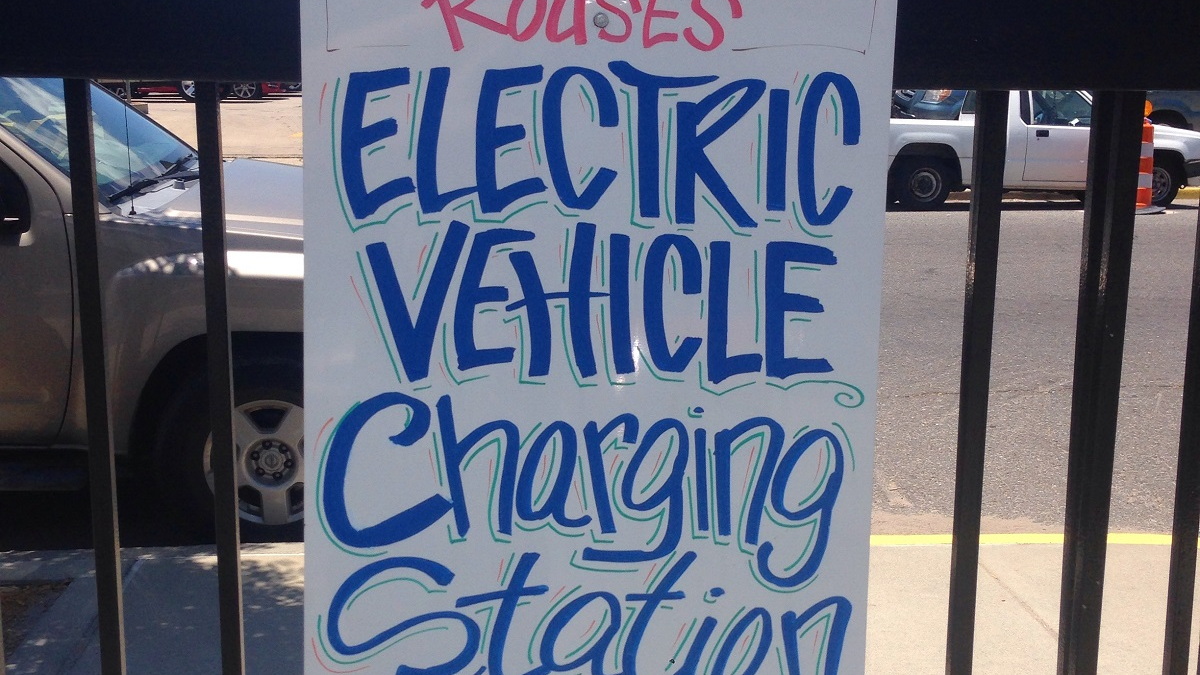 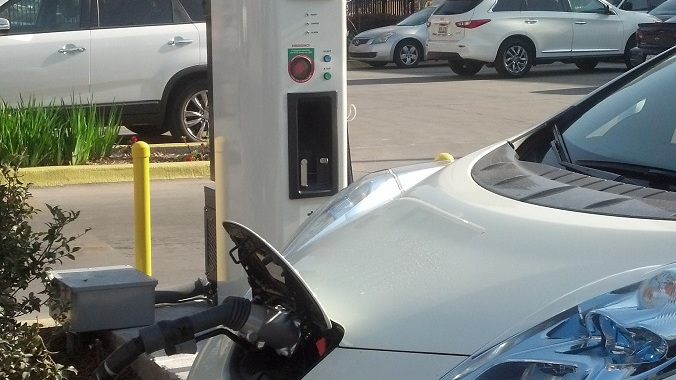 Electric cars can be a tough sell, especially in places that lack a publicly accessible charging infrastructure. In New Orleans, Nissan is working to address that problem by unveiling the city's first public charging station at a Rouses supermarket in the heart of the Crescent City.

Strategically speaking, it's not a bad move for Nissan. Grocery stores typically involve longer visits for customers, meaning more time for EV owners to charge their batteries. (Nissan says that this particular station can boost a Leaf's battery from zero to 80 percent in about half an hour.)

Just as importantly, electric charging stations like this raise public awareness about EVs, which can lead to increased sales in the future. As Nissan's director of EV Sales Operations and Infrastructure Deployment, Brendan Jones, points out, "Installing a quick charger at a popular location like Rouses Market helps to educate consumers about the benefits of owning an EV, and it builds additional range confidence for EV drivers."

The charging station is also a good fit for this particular Rouses location. The grocery store sits in New Orleans' Central Business District, an area filled with condos, converted lofts, and the reasonably well-heeled folks who inhabit them. If you're going to create an infrastructure for premium-priced, eco-friendly rides, this is the place you want to do it.

Furthermore, like the cars that the charging station will service, this location of Rouses is known for being fairly green. As a whole, the Louisiana-based chain prides itself on carrying lots of local produce, but this downtown location takes things a step further by growing its own herbs in a rooftop aeroponic garden.

And finally, as a bit of poetic justice, the building that houses this Rouses was previously home to a Cadillac dealership -- the very same Cadillac dealership that was looted by New Orleans police officers after Hurricane Katrina. To eco-minded folks, there's something slightly comforting about the site's transition from one hosting over-the-top, pre-ELR luxury sedans to one that facilitates the use of quiet, fairly modest EVs like the Leaf.

That said, Nissan will need a lot more than one charging station in downtown New Orleans to change locals' minds about EVs.

It's true that New Orleans is progressive compared to many cities in the South. (Many of us who live here don't even consider it part of the South, frankly.) And since the storm (aka Katrina), it's become even more so, as thousands of young, forward-thinkers have migrated here.

But electric cars have some practical drawbacks that make them a tough sell for New Orleanians -- namely their usefulness during evacuations.

Relying on an electric car for your morning commute is one thing. Relying on an electric car to haul you, your family, and a couple of pets hundreds of miles out of town for who-knows-how long is a different story. Even when the state initiates contraflow, highways become gridlocked, meaning that a drive that might ordinarily take one hour can take up to eight, nine, or ten. Assuming your EV has 100 miles worth of range (a big assumption these days), that range will be diminished by A/C over time -- meaning that you'll eventually have to pull off, find a power source, wait to juice up again, then edge back into traffic.

When battery capacity ramps up, making it common to find EVs with 300, 400, and 500 miles of range, then we'll talk. For now, though, Nissan's charger is a curiosity in New Orleans -- and with luck, a harbinger of greener days to come.