Smith Electric Vehicles may be rebounding after it suspended operations last month.

The Kansas City-based maker of electric trucks announced that it has secured a $42 million investment commitment from Sinopoly Battery Limited--a producer of lithium-ion batteries and other electric-car components.

The first $2 million of the commitment has already been delivered, while the remainder will be invested in two tranches pending the achievement of predetermined milestones.

Hong Kong-based Sinopoly will also become a strategic shareholder in Smith as well as the company's exclusive battery supplier.

It will also be a preferred supplier for certain other components, which will be manufactured at its facility in Hangzhou, China. 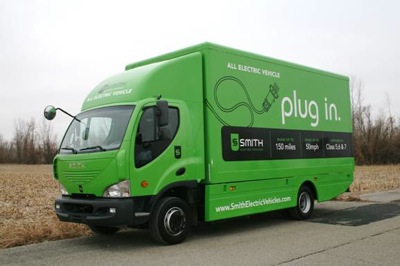 Smith expects to resume production of its electric trucks by mid-summer 2014.

The company says the suspension of operations was a strategic move taken to allow a switch to Tier 1 suppliers, which it believes will allow it to produce its electric trucks at a lower cost.

An injection of cash could help Smith avoid the pitfalls of several other startup electric automakers. Production costs often escalate far beyond the point where niche electric vehicles can turn a profit.

So far, Smith has built electric trucks for some impressive clients--including Coca-Cola and the U.S. Marines--but in numbers too small to offer a significant return on investment.

Changes to its supply chain and upping the scale of production could help Smith achieve the volumes necessary to to turn a profit but--given the track record of electric startups--an unpleasant end for the company wouldn't be surprising.