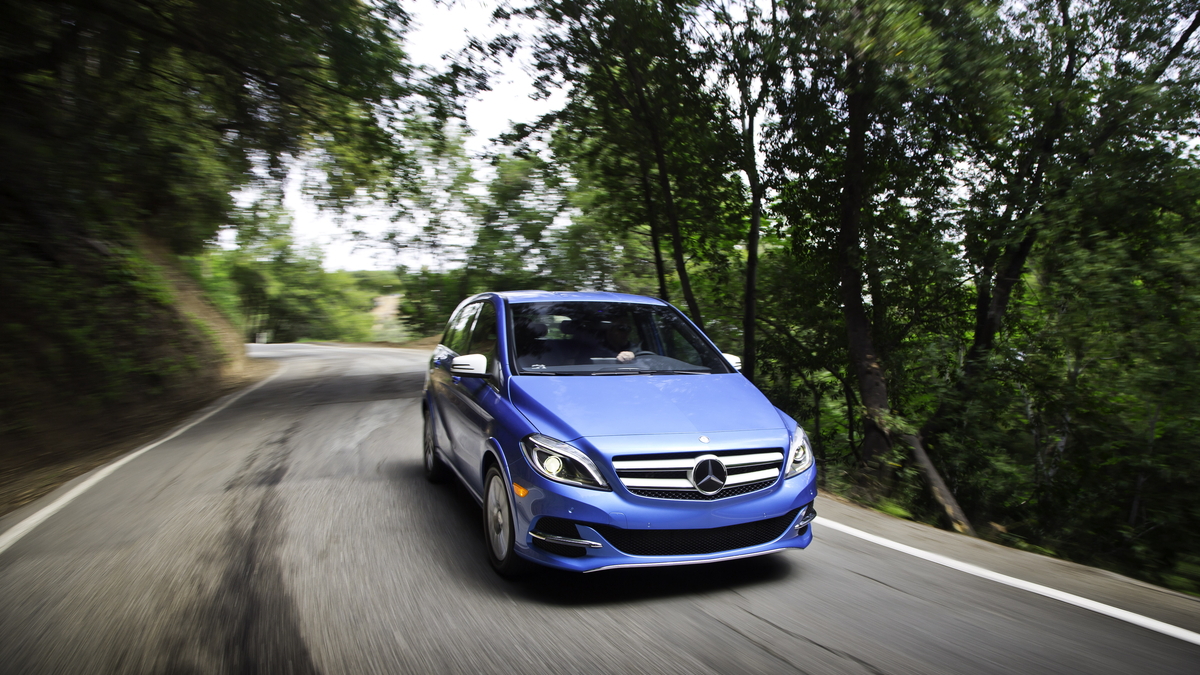 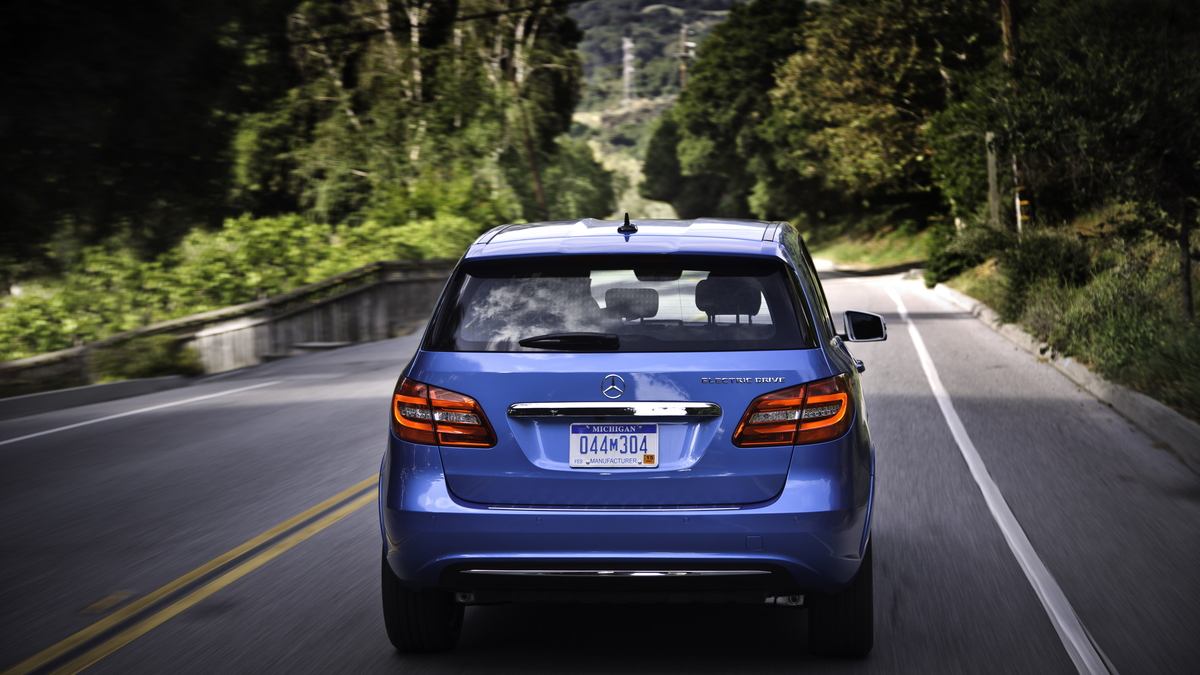 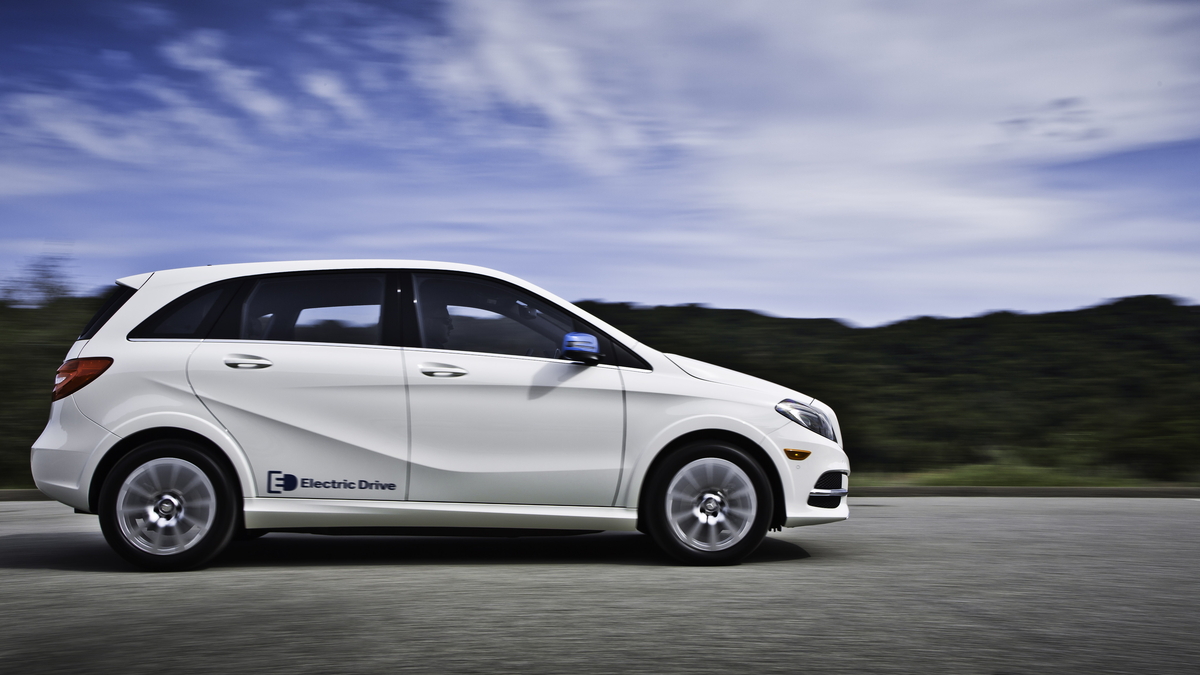 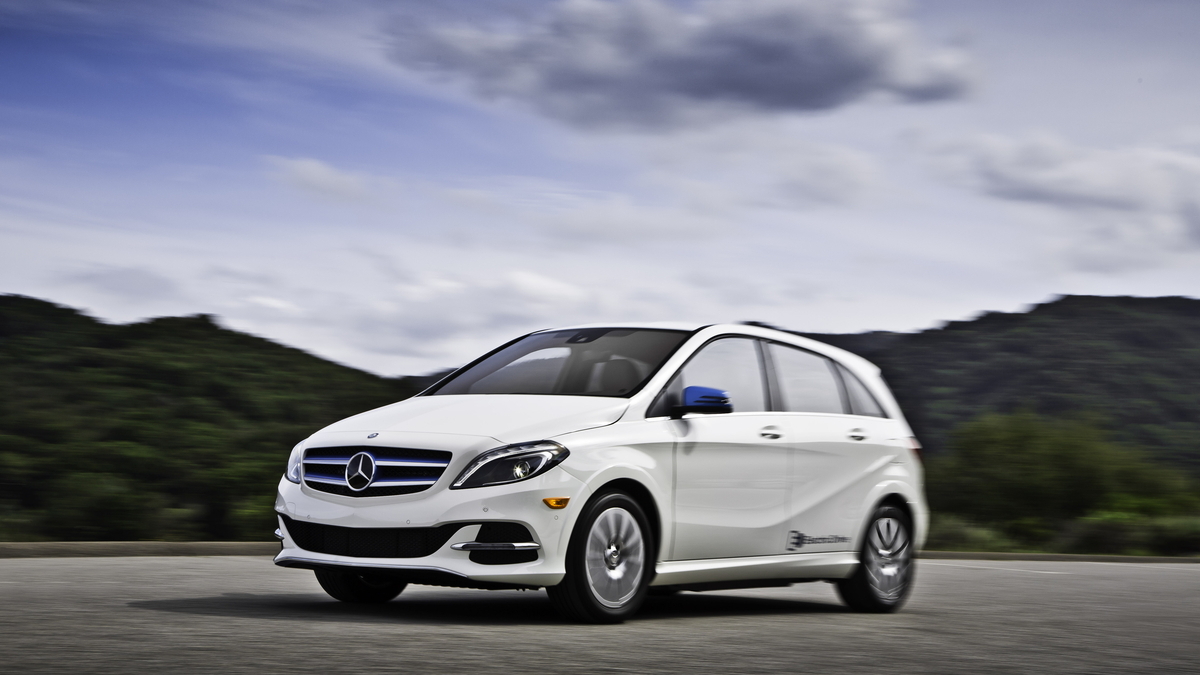 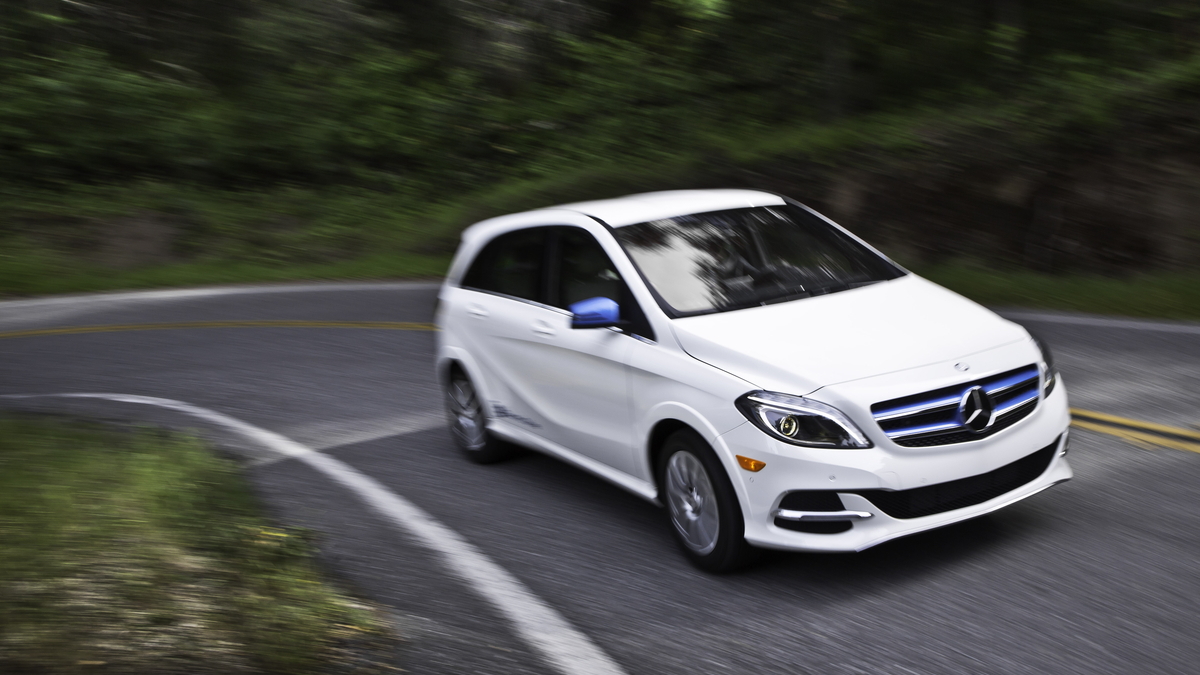 Just over a year after its unveiling at the 2013 New York Auto Show, the 2014 Mercedes-Benz B-Class Electric Drive is getting ready for its U.S. showroom arrival.

The compact electric hatchback will go on sale in the U.S. this summer with a base price of $41,450.

The Electric Drive is a version of the B-Class hatchback sold in Europe, and is powered by a Tesla Motors-developed electric motor and 28-kilowatt-hour lithium-ion battery pack.

Mercedes says the B-Class Electric Drive will do 0 to 60 mph in 7.9 seconds, and the top speed is limited to 100 mph.

Estimated range is 85 miles. A full recharge from a 240-volt Level 2 source takes 3.5 hours, but 60 miles of range can be added after just 2 hours of charging.

However, with options, the average transaction price for this plug-in will likely put it over $50,000--and with a heavy hand on the optional-equipment list, it could reach as high as $56,000.

So while Mercedes lists the 2014 BMW i3 (base price $42,275) as the B-Class' main competitor, it could well be cross-shopped against another electric vehicle that features a Tesla-developed powertrain as well: the Toyota RAV4 EV, with a starting price around $50,000.

The RAV4 EV is only sold in California, but it offers 103 miles of range compared to the B-Class' 85 miles, and more space.

The B-Class will be easier to find, but only slightly.

It will reportedly be offered initially only in a handful of states--California, Connecticut, Maryland, New Jersey, New York, Oregon, Rhode Island, and Vermont--before a planned nationwide rollout in 2015.

It also seems likely be sold in small numbers, similar to those of the "compliance cars" offered only to keep automakers in line with the California zero-emission vehicle mandate.

For more on the B-Class Electric Drive, see this first drive preview from Robert Scoble (via Inside EVs).

Toyota Rav4: Toyota, Honda, Hyundai Fuel-Cell Cars: How Many Will... Inside EVS: Whats Inside Chevrolet Volt Battery Pack And... Toyota Rav4 EV: How Much Is a Tesla-Engineered Drivetrain? To Toyota... BMW I3: Watch The BMW i3 Electric Car Park Itself, As Owner... Class Electric: 2014 Mercedes B-Class: Best Electric-Car Lease Deal... Class Electric: Mystery Mercedes That Will Get Electric Powertrain Is...