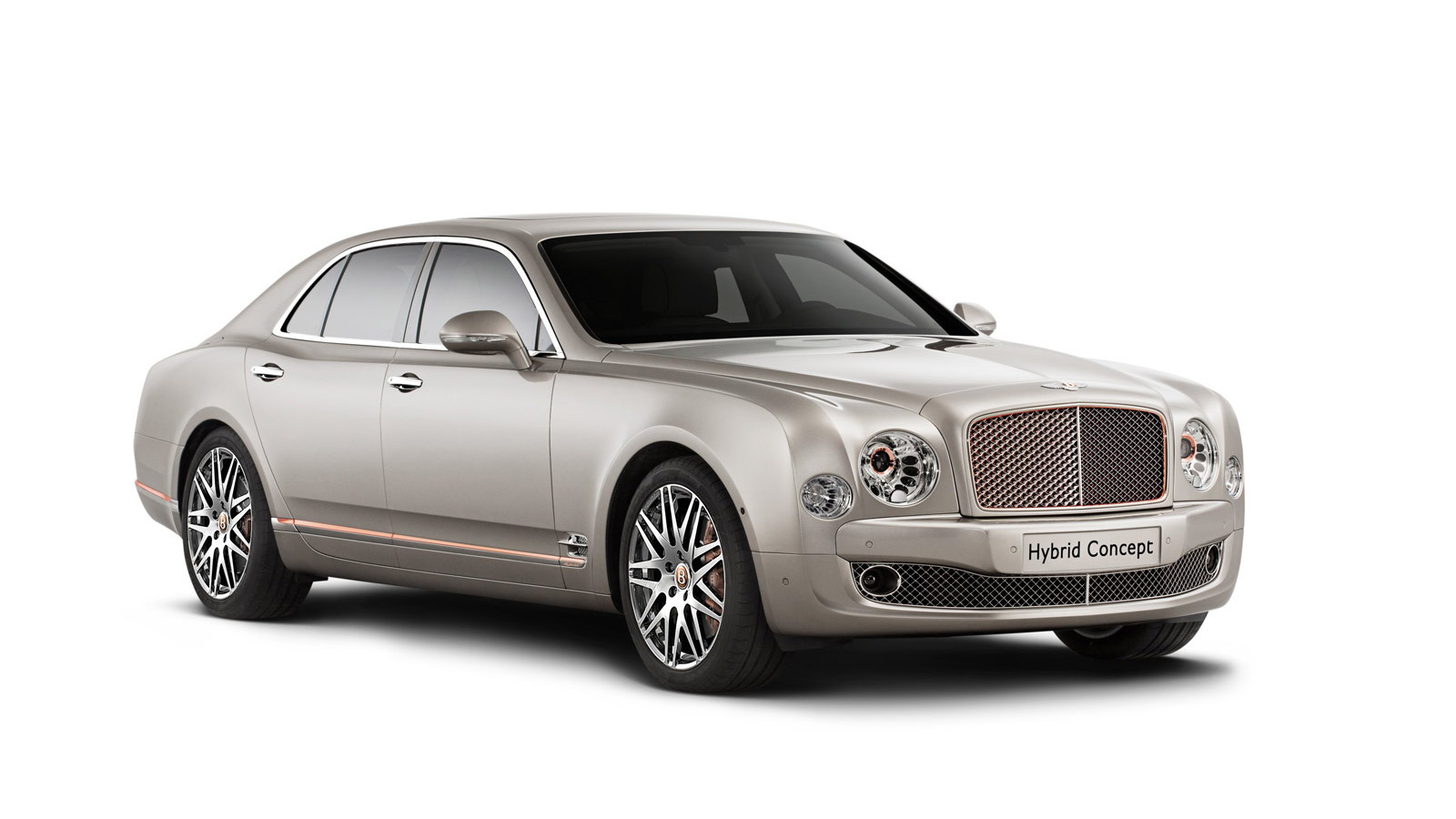 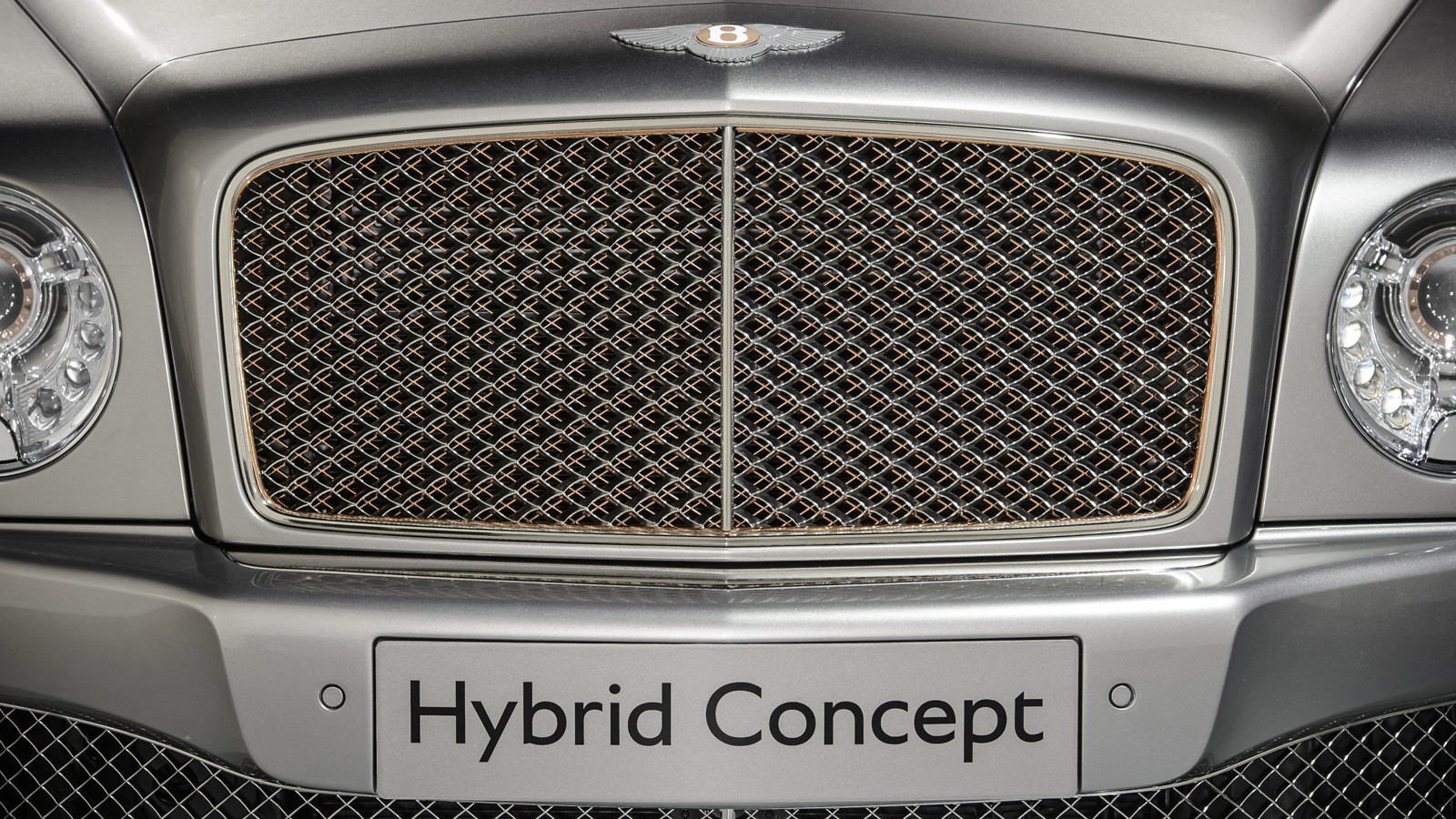 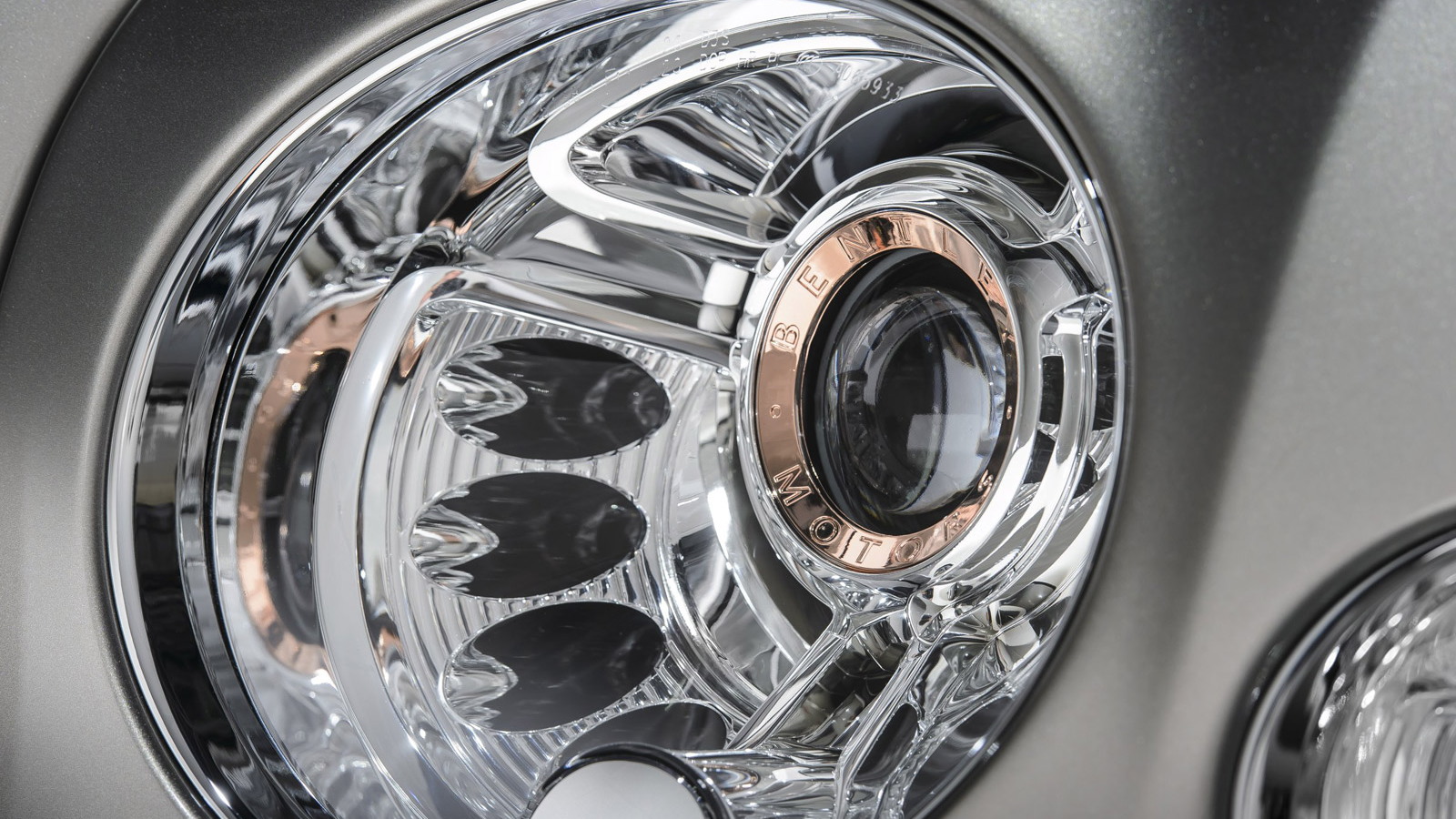 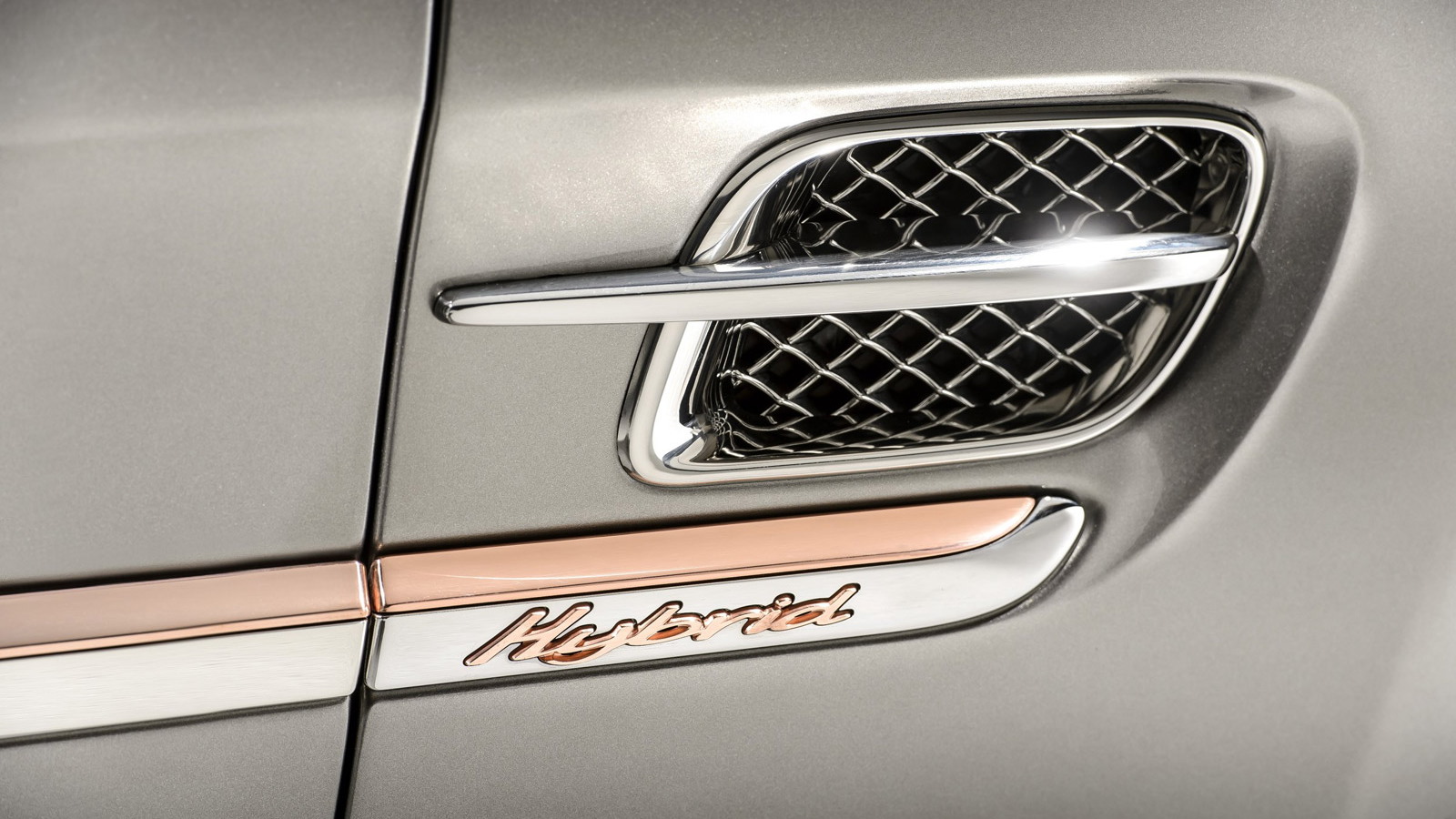 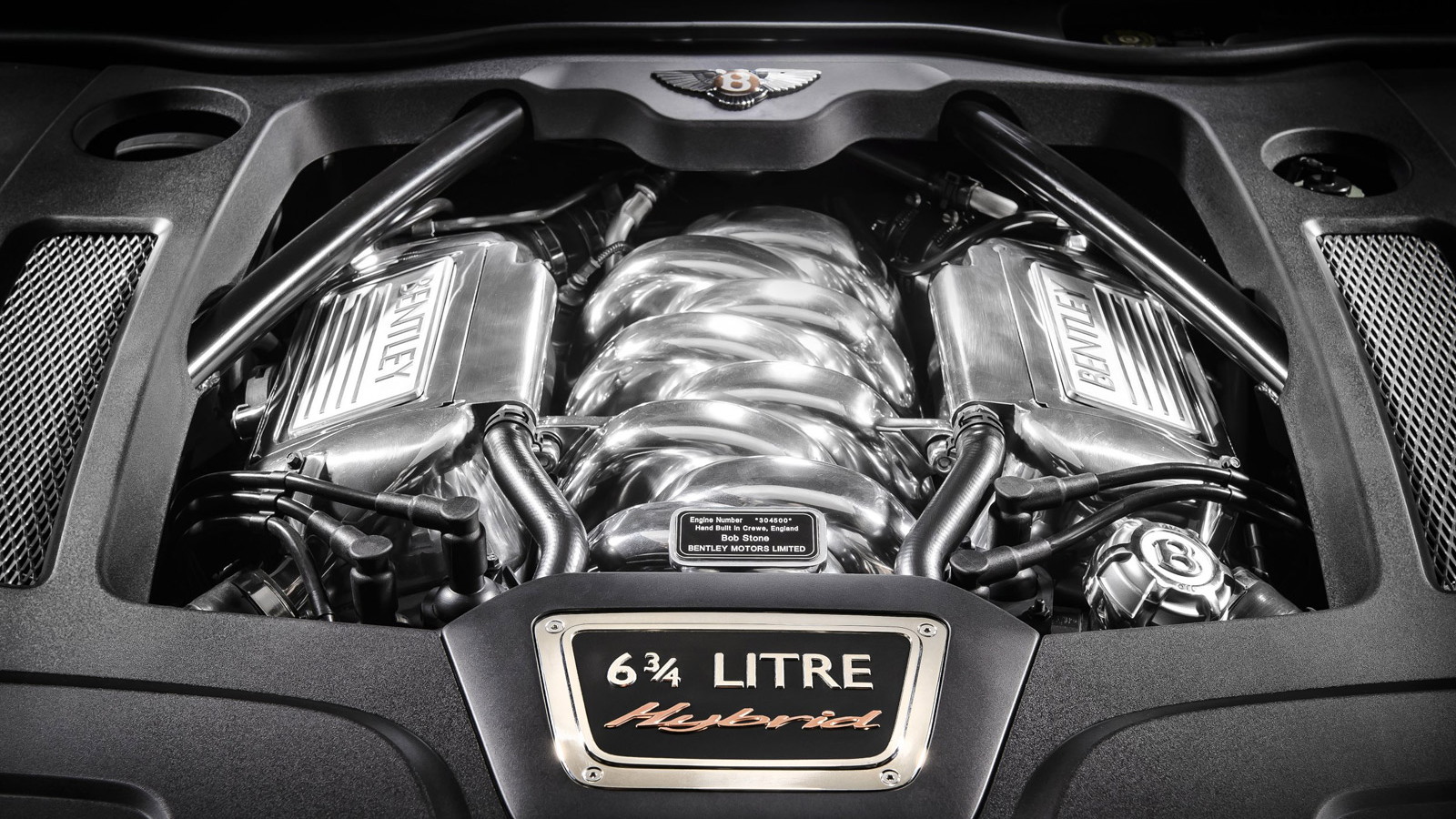 As Bentley has been promising for more than two years now, it will introduce a plug-in hybrid powertrain in a future product.

Now we know that the first plug-in Bentley ever will come in 2017, in a dedicated version of its upcoming sport-utilty vehicle.

That confirmation came as the British marque revealed details of the Bentley Hybrid Concept, a Mulsanne sedan with a hybrid powertrain that it will show at the Beijing Auto Show a week from this Sunday.

Known for its fast and expensive but understated luxury cars, Bentley calls the Hybrid Concept a "technology showcase." Its press release says the carmaker will be "the first luxury brand to present a plug-in hybrid."

That may be news to Porsche, whose Panamera S E-Hybrid plug-in hybrid went into production last fall.

But perhaps Bentley does not consider its VW Group stablemate Porsche, known for sports cars, a true luxury brand.

While the company didn't release any details of the powertrain itself, the "6 3/4 Litre" badge in the concept's engine compartment indicates that Bentley is previewing its plug-in hybrid system using the traditional Bentley V-8 now found only in the Mulsanne.

(The V-8 offered in the smaller Continental and Flying Spur models is derived instead from an Audi engine.)

The production version of VW Group's largest plug-in hybrid system, however, is widely expected to be based on a 3.0-liter supercharged V-6 engine now offered in various Audi models.

Bentley says the new powertrain will offer a power increase of up to 25 percent (presumably over the non-hybrid version of the same engine) and a reduction in carbon emissions of 70 percent (almost surely on the European test cycle).

It also says Bentley's plug-in hybrids will be able to travel up to 31 miles (50 km) on electric power alone in city driving (also presumably measured on the European test cycle, which generally returns higher numbers than the U.S. EPA testing routines).

The brand stresses that these capabilities come with no "compromise to the exquisite luxury, timeless design and industry-leading refinement for which Bentley has become renowned."

No Bentley to date has been offered with a V-6 engine, but an electric motor powerful enough to move a two-ton-plus luxury SUV on electric power alone will likely add at least 100 horsepower--perhaps more--to the 310 hp produced today by that engine in a variety of Audi products.

The new Bentley SUV, previewed by the polarizing EXP 9 F Concept shown at the 2012 Geneva Motor Show, will be based on the next-generation Audi Q7 large SUV. That vehicle as well is likely to get a version of the plug-in hybrid powertrain.

All Bentleys will offer

Bentley will "gradually introduce this powertrain across our model range," it said, and it plans to offer a plug-in hybrid option on at least 90 percent of its production.

There have been no diesel Bentleys sold to date either, but zero-emission capability will be required of at least some Bentleys in order to meet increasingly stringent rules on carbon emissions now in force in both the European Union and China--as well as future U.S. fuel-economy standards.

The concept to be shown in Beijing is an adapted version of its flagship Mulsanne large sedan, with copper accents used both inside and outside to underscore what Bentley calls "the car's electrical veins."

The radiator shell, headlamps, and brake calipers all feature copper accents. Inside, copper inserts are added to the veneers on the dashboard, as well as the instruments and switch bezels. Finally, the diamond-quilted upholstery has copper cross-stitching as well.