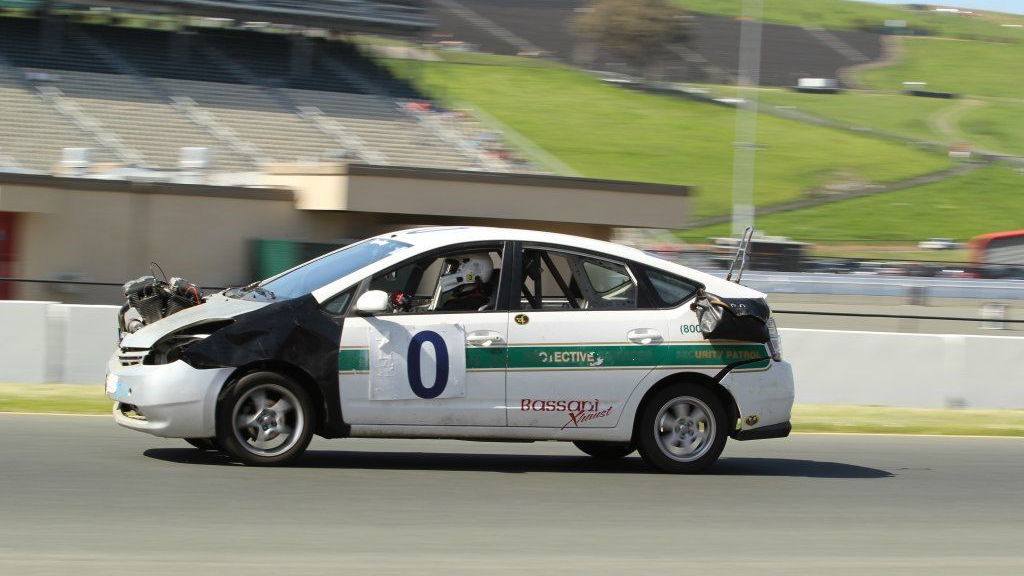 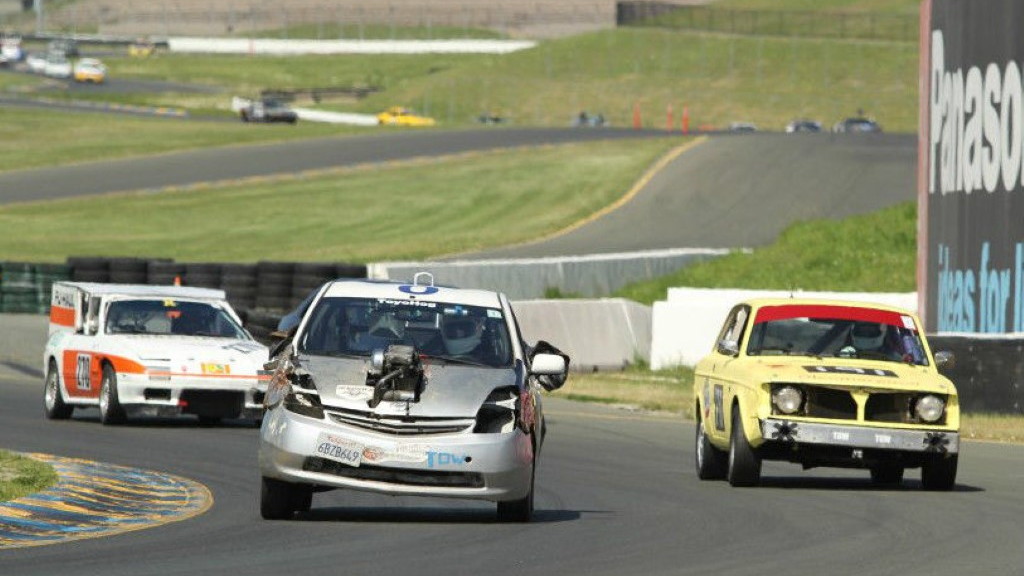 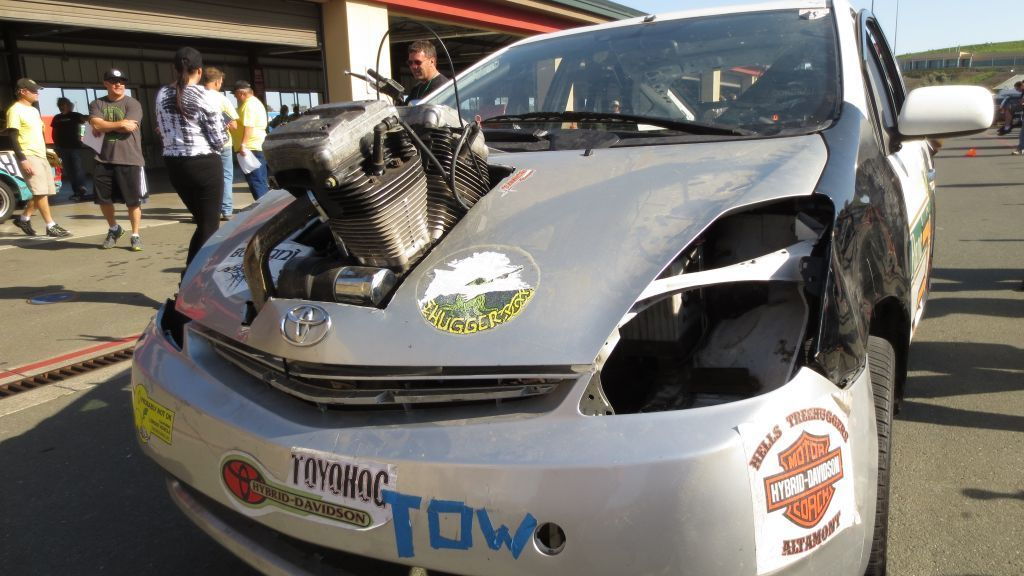 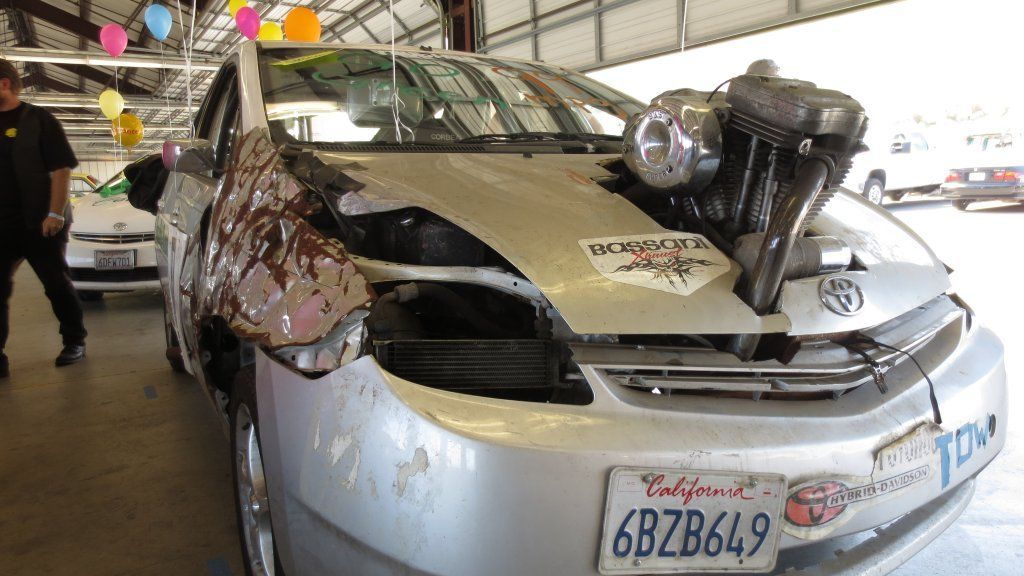 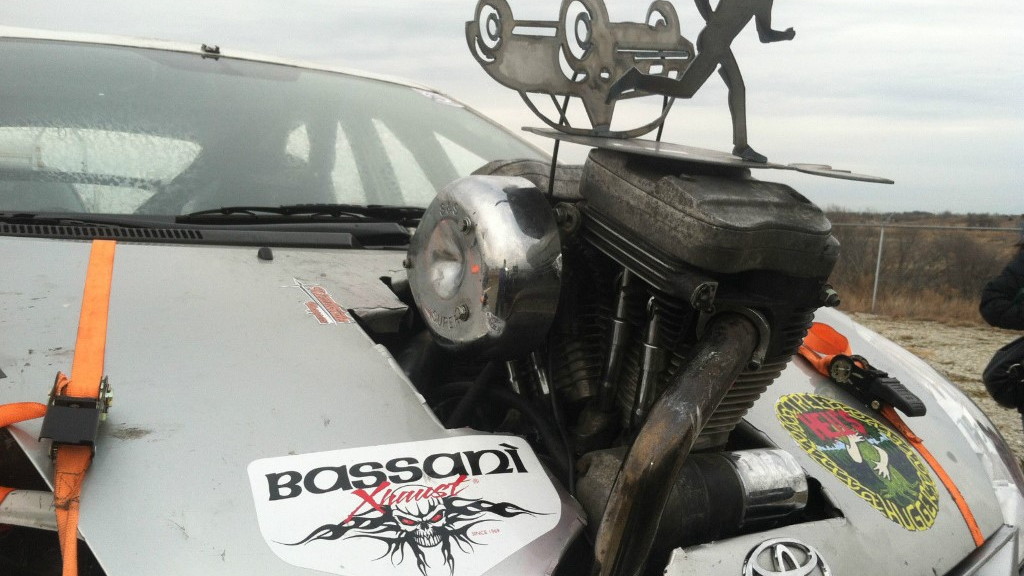 7
photos
It's fair to say most Toyota Prius owners are probably quite happy with their cars.

Sure, they aren't the quickest vehicles on the road, and plug-in cars use even less gas. But they're quiet, efficient and easy to drive.

It might not have crossed many owners' minds to swap the clean-burning Atkinson-cycle four-cylinder for a Harley-Davidson V-twin, as a result. But one car for sale on eBay (via Autoblog) offers you just that.

If you're wondering why anyone would do such a thing, one word trumps all other explanations: LeMons.

Every year, dozens of teams take part in a 24-hour endurance race at a selected track in North America. The catch is that all teams need to run a car that has been bought and built for $500 or less, and that does result in some interesting entries.

This particular car competed in the 2013 race (first spotted by Car and Driver), run by the "Hell's Treehuggers" team--but is now up for sale.

If you're now wondering where someone managed to find a 2008 Prius for under $500 (let alone find one and drop a Harley-Davidson engine into) then that's where the team's creativity came in.

Originally, the second-generation Prius cost more than that. But according to its eBay ad, many of the car's good panels were unbolted and sold as spares, helping the team meet the event's budget requirements. These were then replaced with free, but damaged panels.

That's LeMons logic for ya...

The engine itself--which is rather visible, due to Toyota forgetting to account for possible Harley conversions when designing the car--is from a 1986 Harley-Davidson Sportster 883, and has been bored out to 1,100cc. Drive is via chain to a modified Prius differential.

At the moment, it's actually greener than any current Prius, mainly because it doesn't actually run and therefore creates no pollution at all. The new buyer would need to fix this somehow.

As a means of getting about then, it's hopeless. But also hilarious, and any buyer who got it running would probably be able to enter it straight back into LeMons--since it already has a race seat, harness and the required fire extinguisher.

With the auction price creeping through four figures and its reserve not met though, we do wonder whether it's no longer eligible for LeMons' half-grand budget...