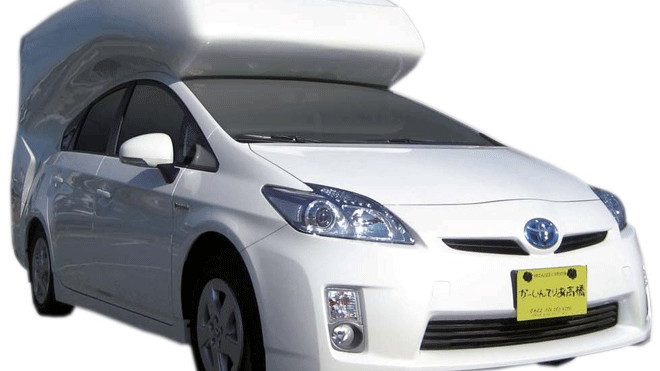 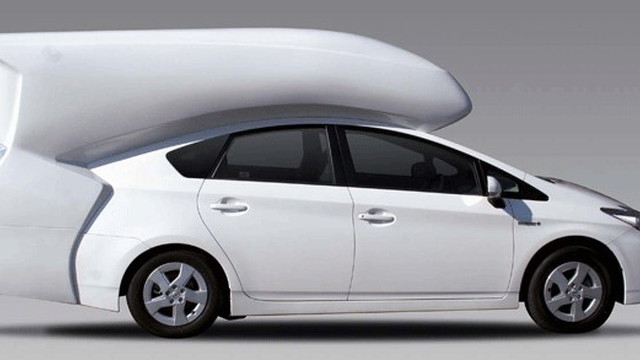 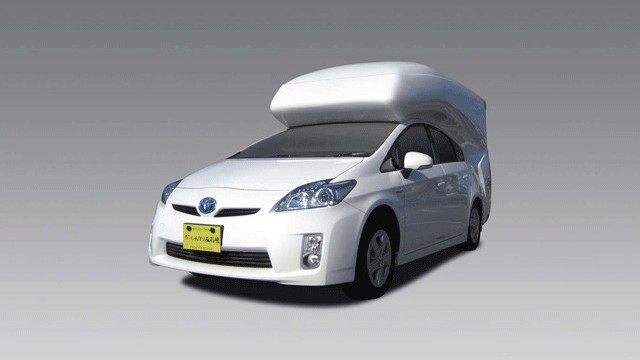 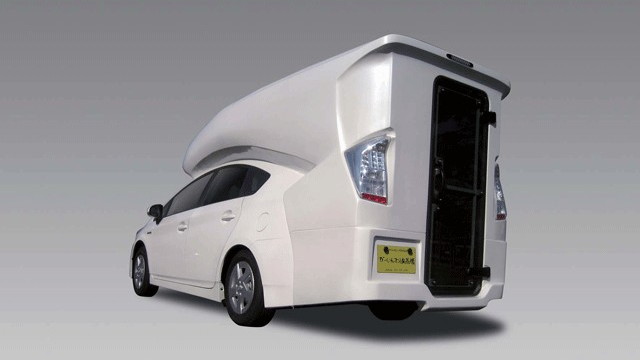 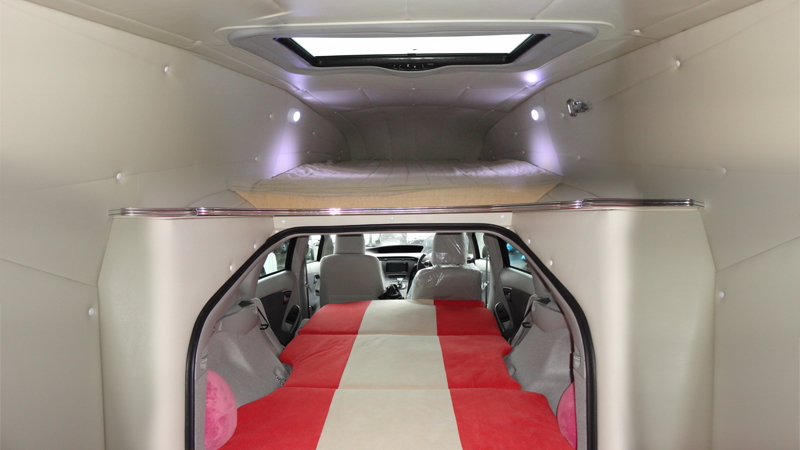 Japan produces a huge number of incredibly talented cars. You'll be well used to many of them on Green Car Reports, as cars like Toyota's Prius and Nissan's Leaf are regulars on these pages.

The country also has a good line in the incredibly bizarre. You know the kind - cars that could originate from nowhere but Japan.

What do you get if you combine the two? The Prius Relax Cabin, naturally.

On display at the recent 2012 Tokyo Auto Salon (via AutoBlogGreen), the Relax Cabin - or Space Shuttle, as it's also known - is an answer by Camp-Inn Japan to a question nobody asked: Can I sleep in my 2012 Toyota Prius?

The near-seamless integration of a camper body onto that of a Prius appears to involve removing the hatchback's tailgate and rear lights and then attaching several feet of silvery-gray plastic to the back. The original rear lights are then incorporated flawlessly into the vertical rear section.

Inside, the rear bench is lain flat to make way for a bed, with space for more inside the growth stretching over the body. Top bunk residents even get a skylight, to alleviate the inevitable feelings of claustrophobia.

All in all, the conversion is said to sleep four, or even five for those with no concept of personal space.

We suspect the Prius's impressive low aerodynamic drag might have been compromized to some extent by the conversion, so the production model's 50 mpg combined fuel efficiency rating might suffer somewhat.

It also adds to the price. The Relax Cabin should sell for 4 million Yen, which is a little over $52,000 at today's exchange rates.

It's not all bad news though. On the plus side, we now have a sixth thing to add to our list of Five Things You Shouldn't Do To A Toyota Prius... Ever.