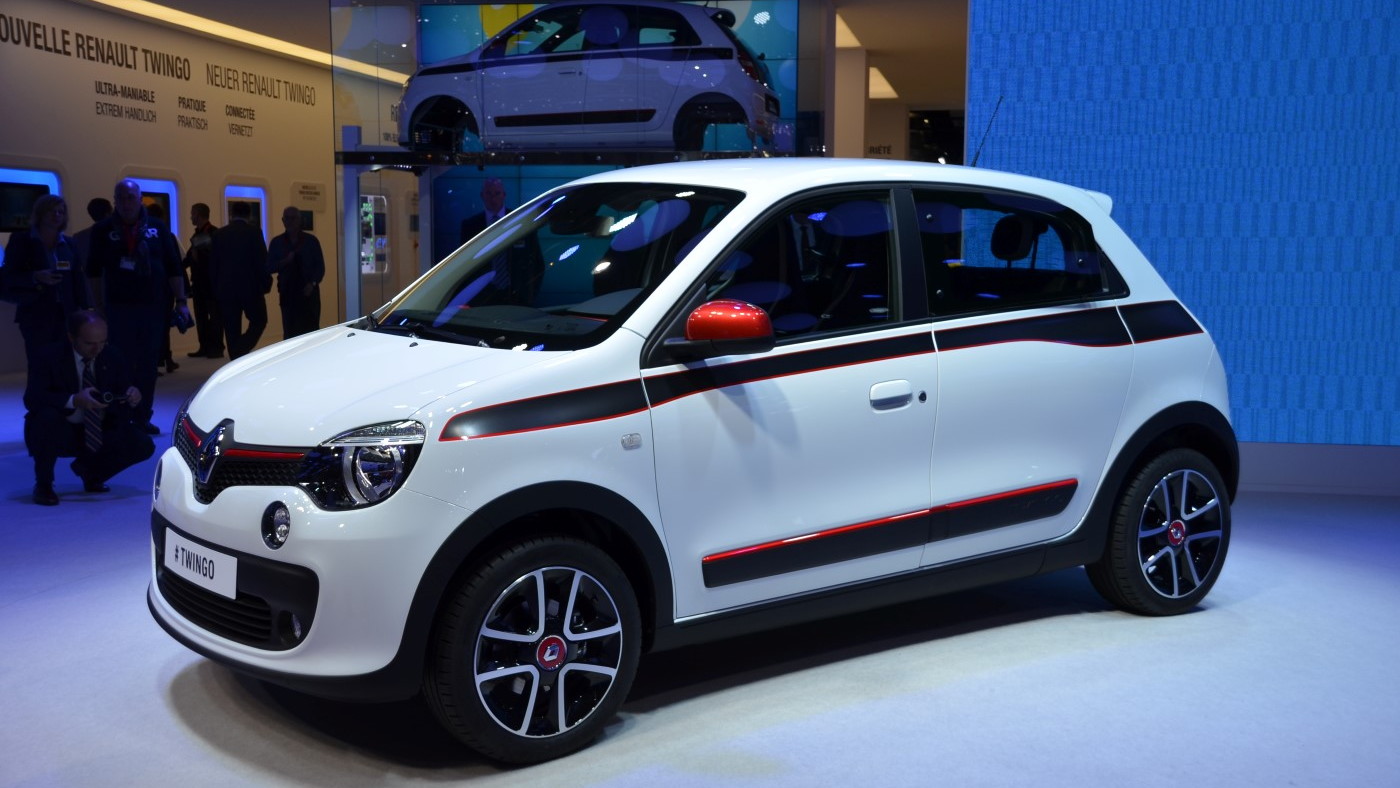 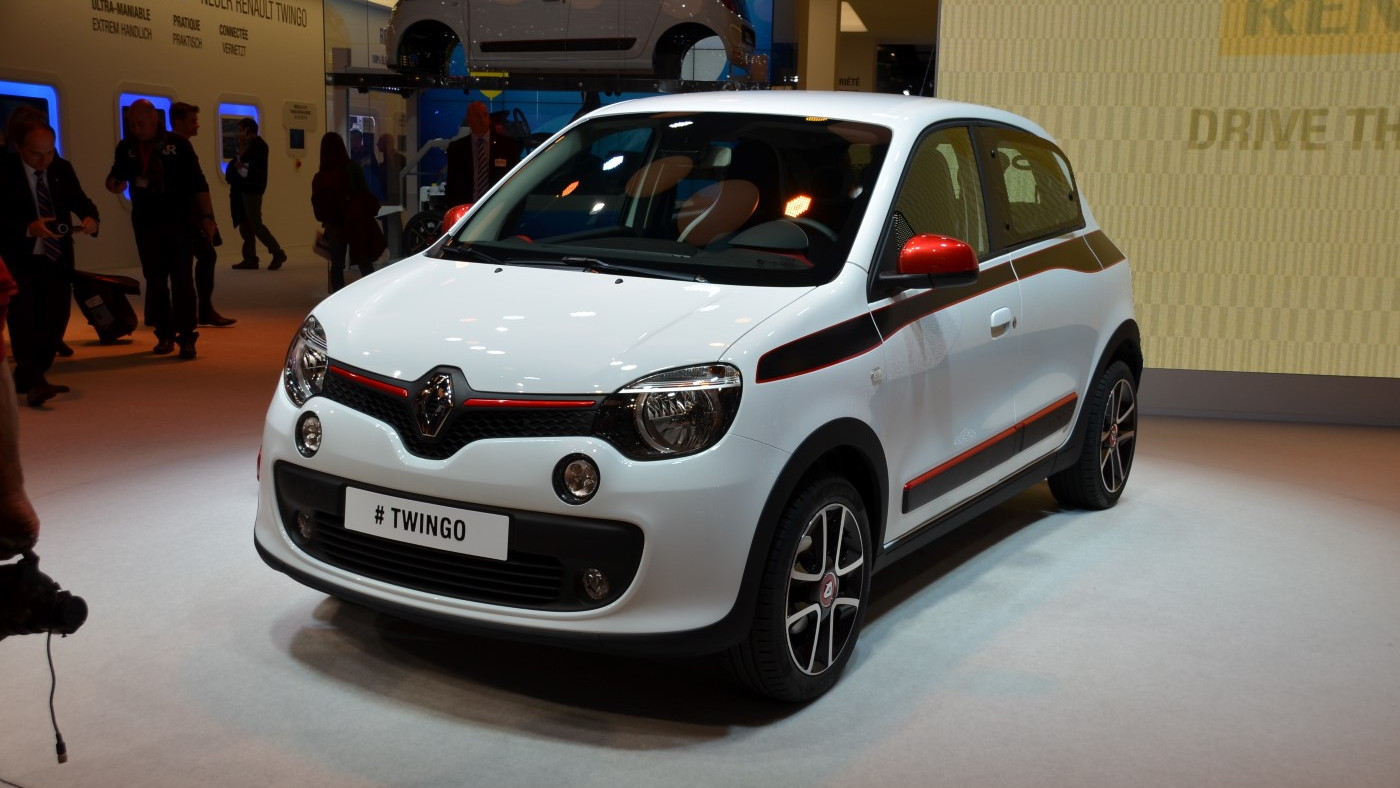 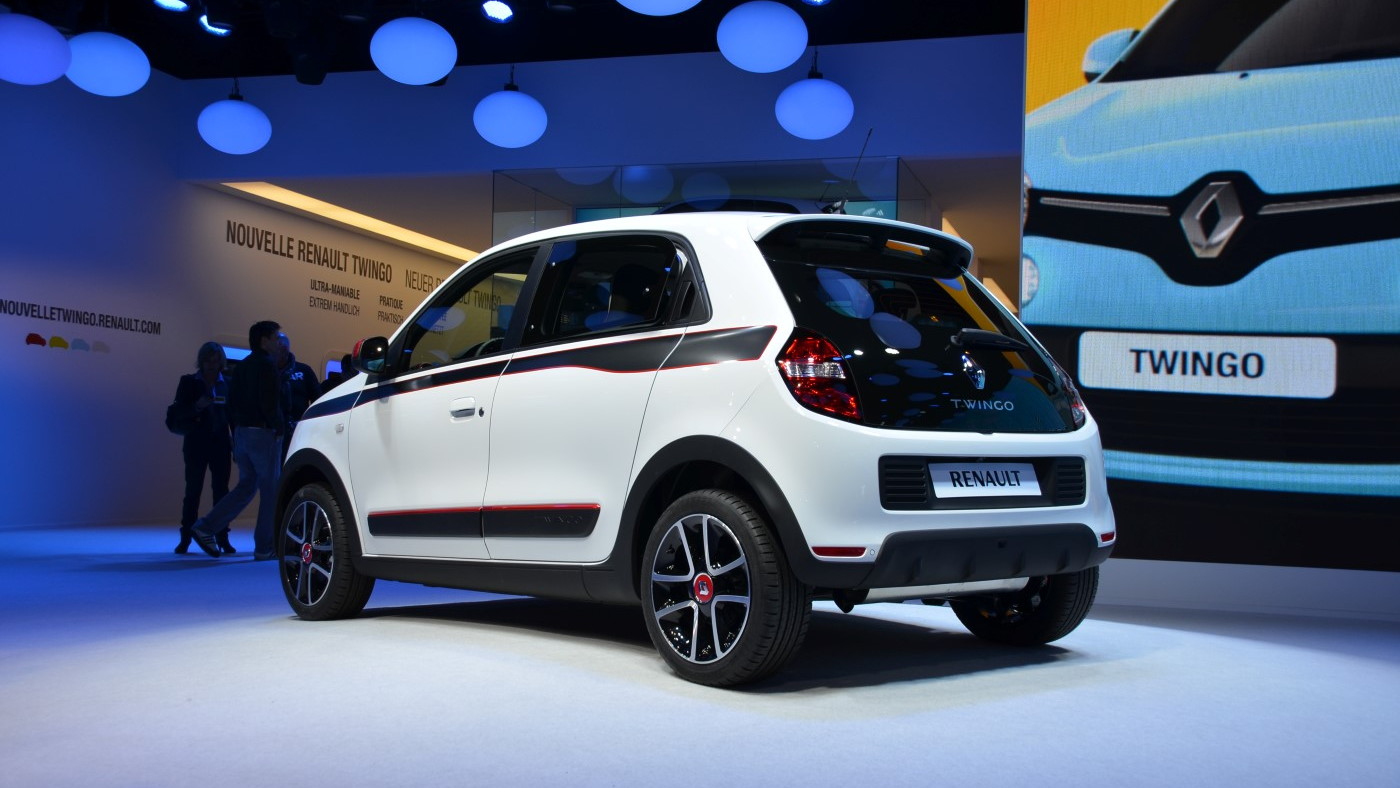 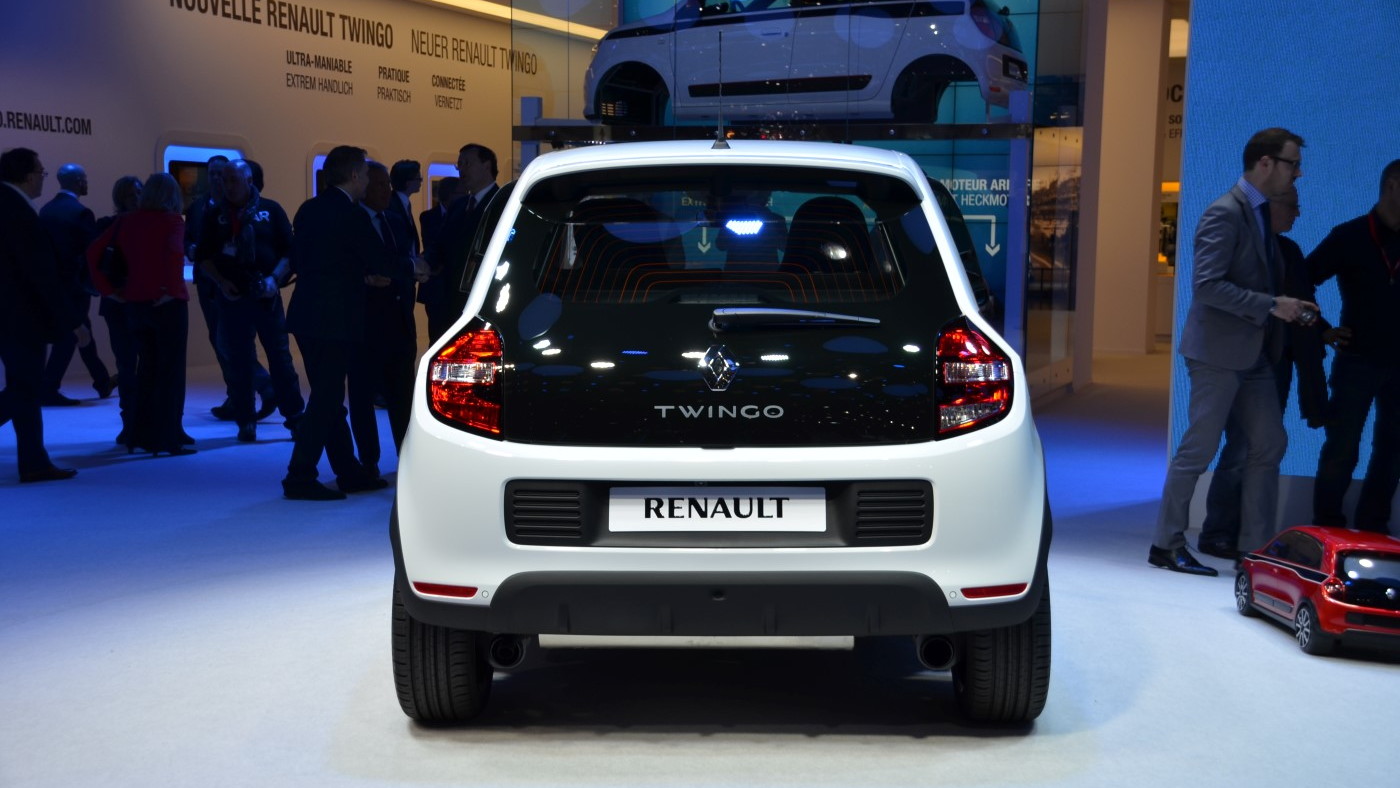 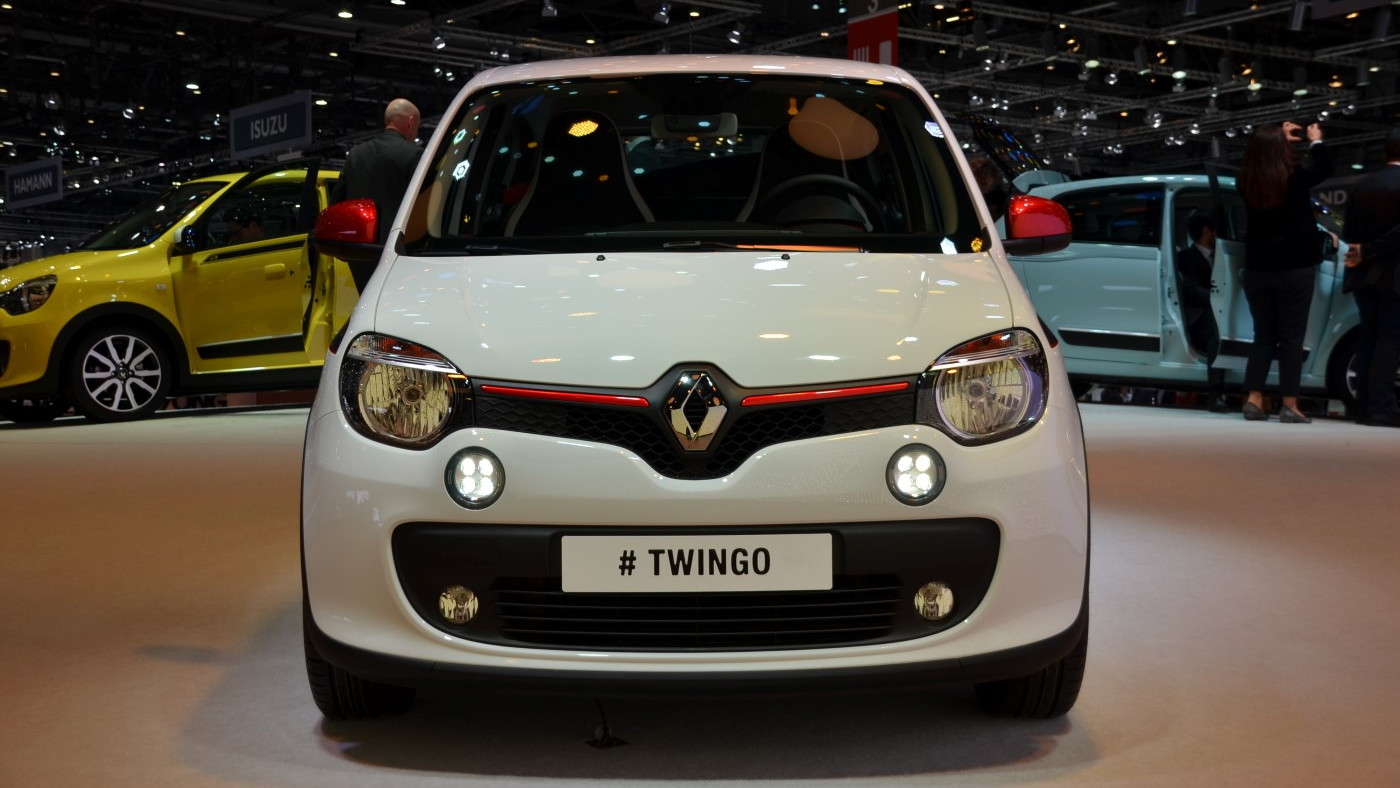 28
photos
The car you see here, the Renault Twingo, will not be sold in the U.S.

A car like it will be, though--Smart's next Forfour, and indeed the two-seat Fortwo, have been co-developed with the French brand, so there'll be plenty of similarities between the two.

Renault's version of the car is a four-seat, four-door vehicle, and will therefore share its platform with the equivalent Smart Forfour. There's no two-seat Renault planned, but Smart is continuing its flagship city car.

Smart's traditional engine and drivetrain layout has been retained--rear engine and rear-wheel drive. The Twingo shares these traits, and both marques will make use of the same three-cylinder gasoline engines.

This will come in two flavors in the Renault--a 70 horsepower 'SCe 70' displacing 999cc, and a 90 horsepower 'TCe 90' unit of 898cc capacity, boosted by a turbocharger. Both have been designed with stop-start technology in mind, though in some markets the system will be optional.

All cars at the show featured a standard manual transmission, though both Renault and Smart are expected to offer a twin-clutch automatic at some point, too.

The Twingo is a truly compact car, thanks in part to its unique rear-engined layout.

The hood is very stubby, and only partially opens to allow access to various fluids. A glass tailgate at the rear allows access to the trunk--visually, similar in size to the current Smart Fortwo--and below it the engine compartment is hidden under a metal panel.

Between the two Renault says it's added 8.6 inches of room to the cabin compared to the old Twingo. That's the good news.

The bad news is that the cabin still feels very small, particularly when you squeeze four journalists inside. Shoulder room is adequate and front seat passengers definitely get the best deal.

Despite that extra pair of doors though, rear seat passengers had better hope they're small, as legroom is tight and headroom even tighter. Legroom certainly isn't aided by the hefty front seats, that seem about twice as thick as they need to be.

That's a shame, since generally the cabin is a nicely-designed space. There's a fun and funky vibe about the car (one Smart is sure to offer its own take on--the Forfour's interior layout may well be quite different) and everything feels chunky and solid.

An optional fabric glovebox slides into an otherwise empty space, and there's a large removable lidded compartment in front of the shifter, too.

And it's colorful, important to make small cars feel a little more gleeful than their tiny size may suggest. Again, Smart is sure to have its own take on the colorful theme.

As is often the case with modern small cars, Renault has gone to town on the exterior graphics too, and the Twingo is available in a series of vibrant shades.

Smart had all the usual suspects on its Geneva stand, but it can't be too long until the next Fortwo and Forfour are finally revealed.

For more from the Geneva Motor Show, head over to our dedicated show page.