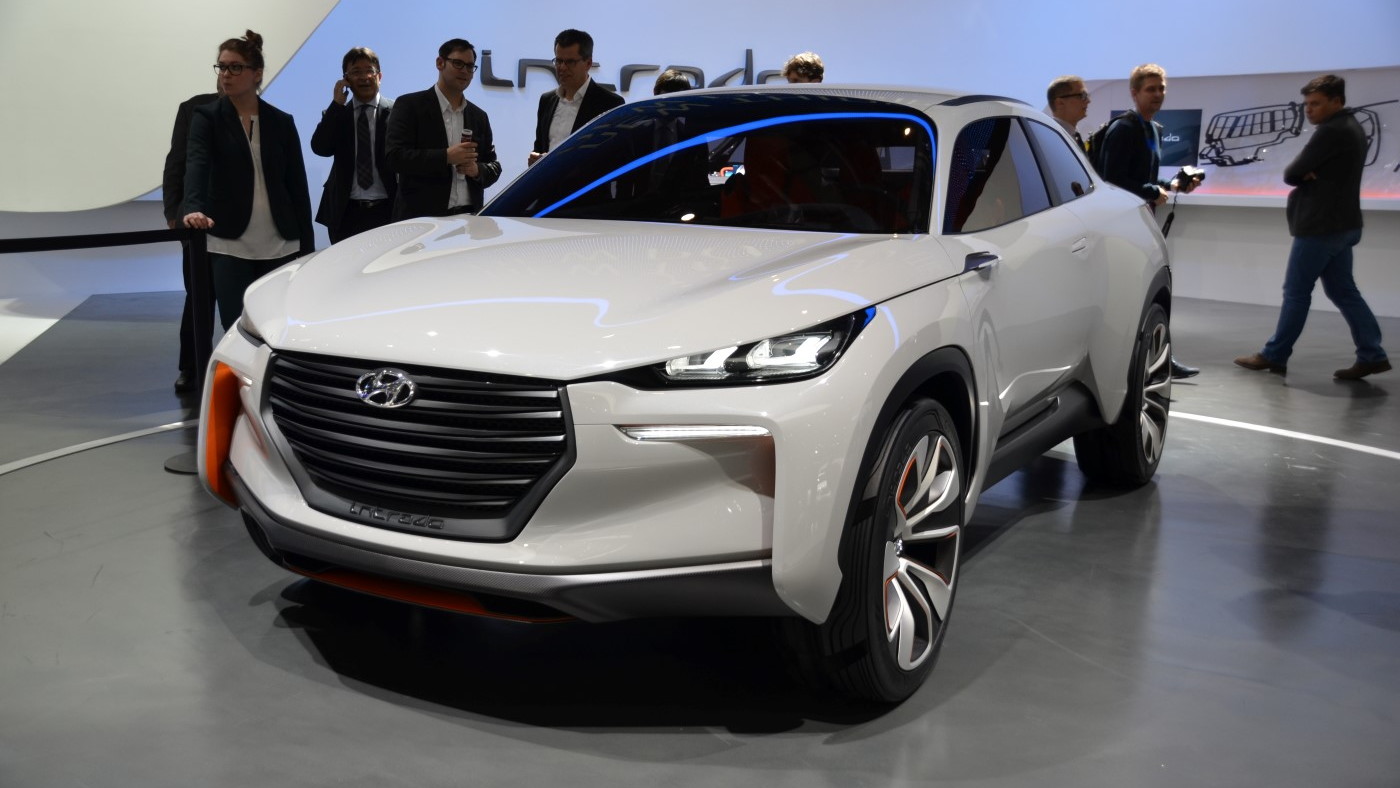 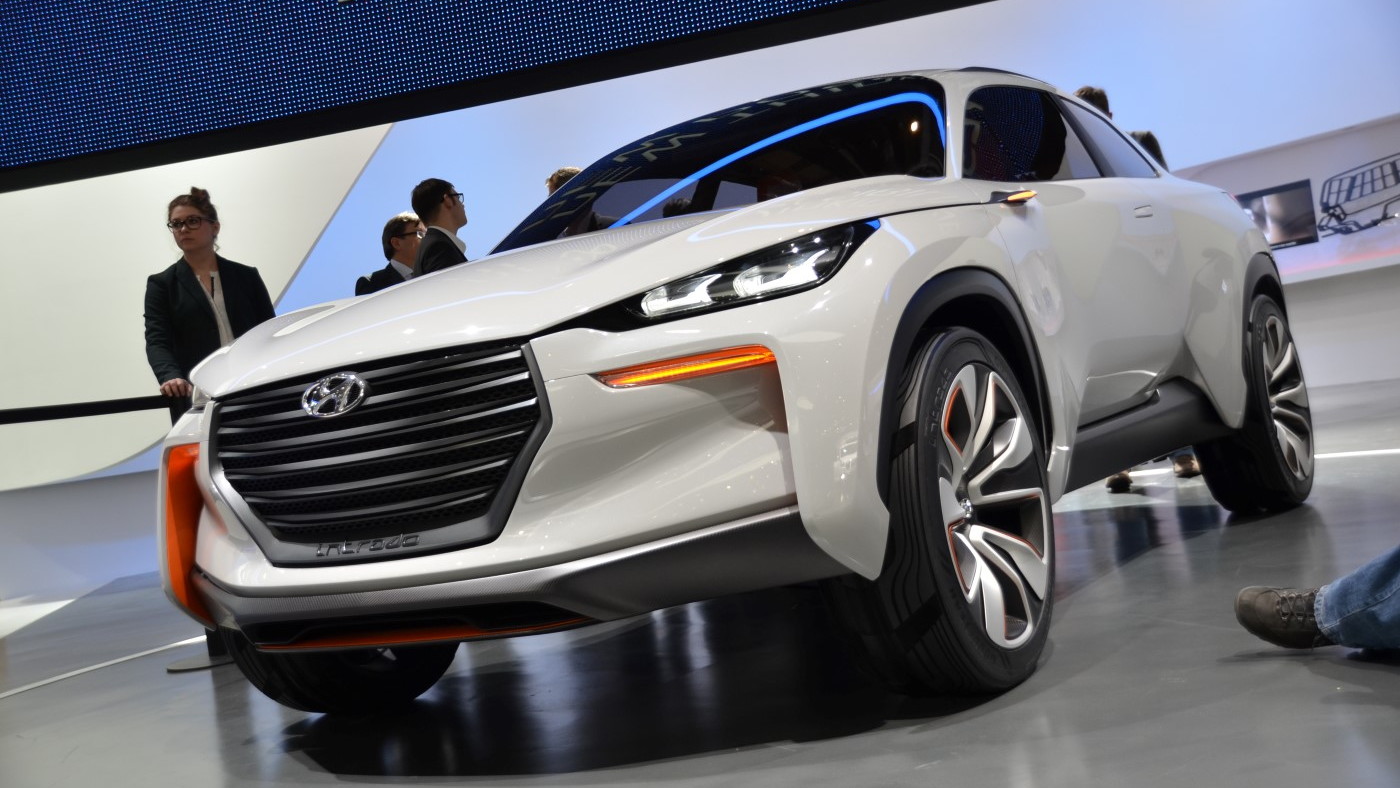 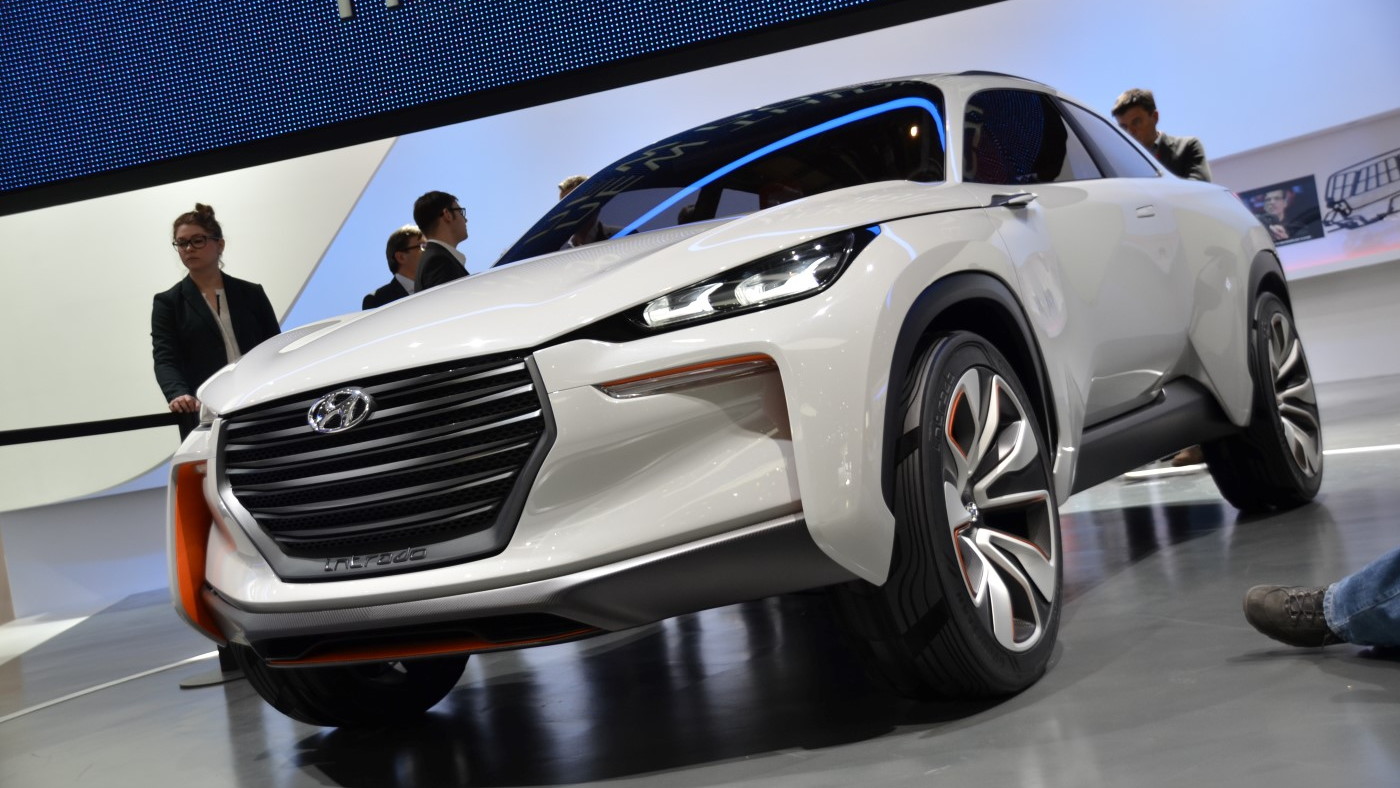 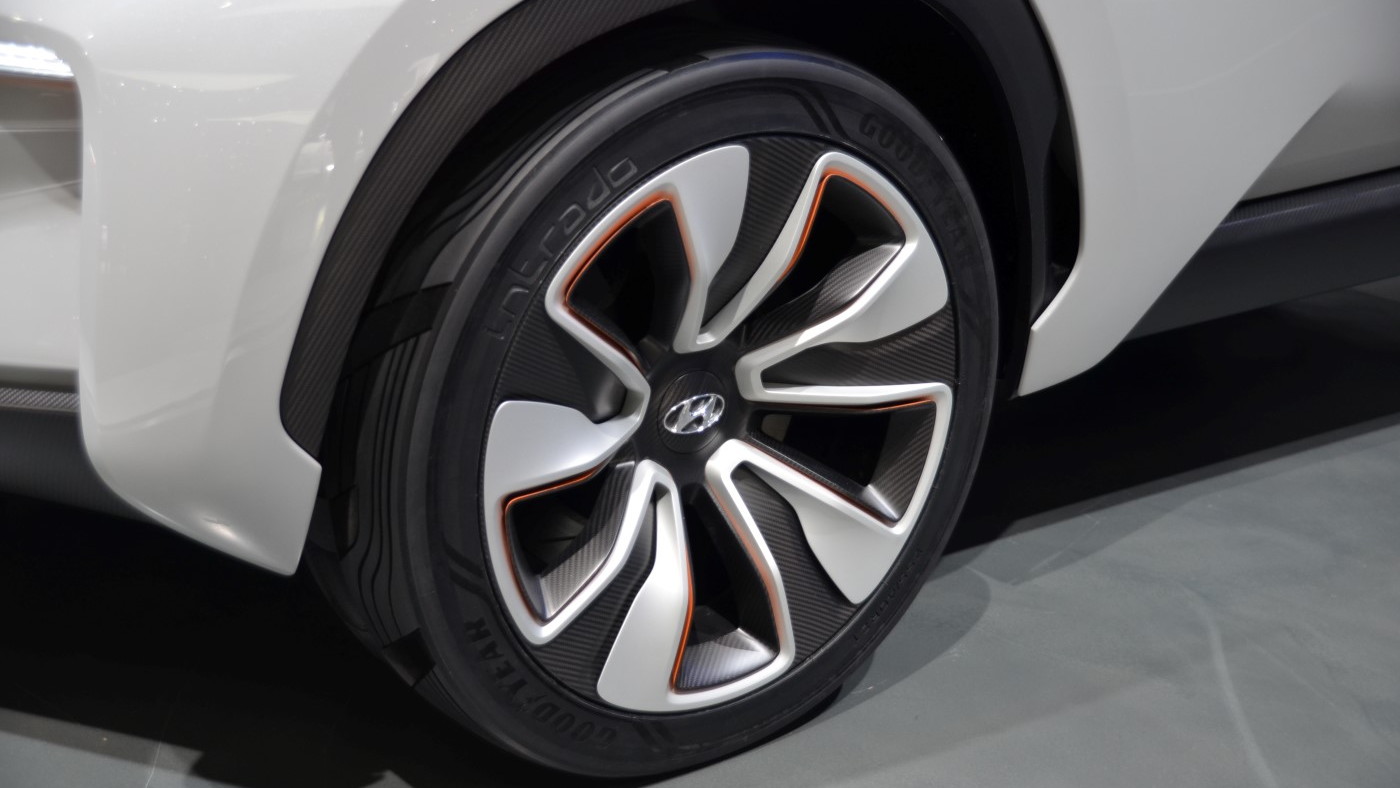 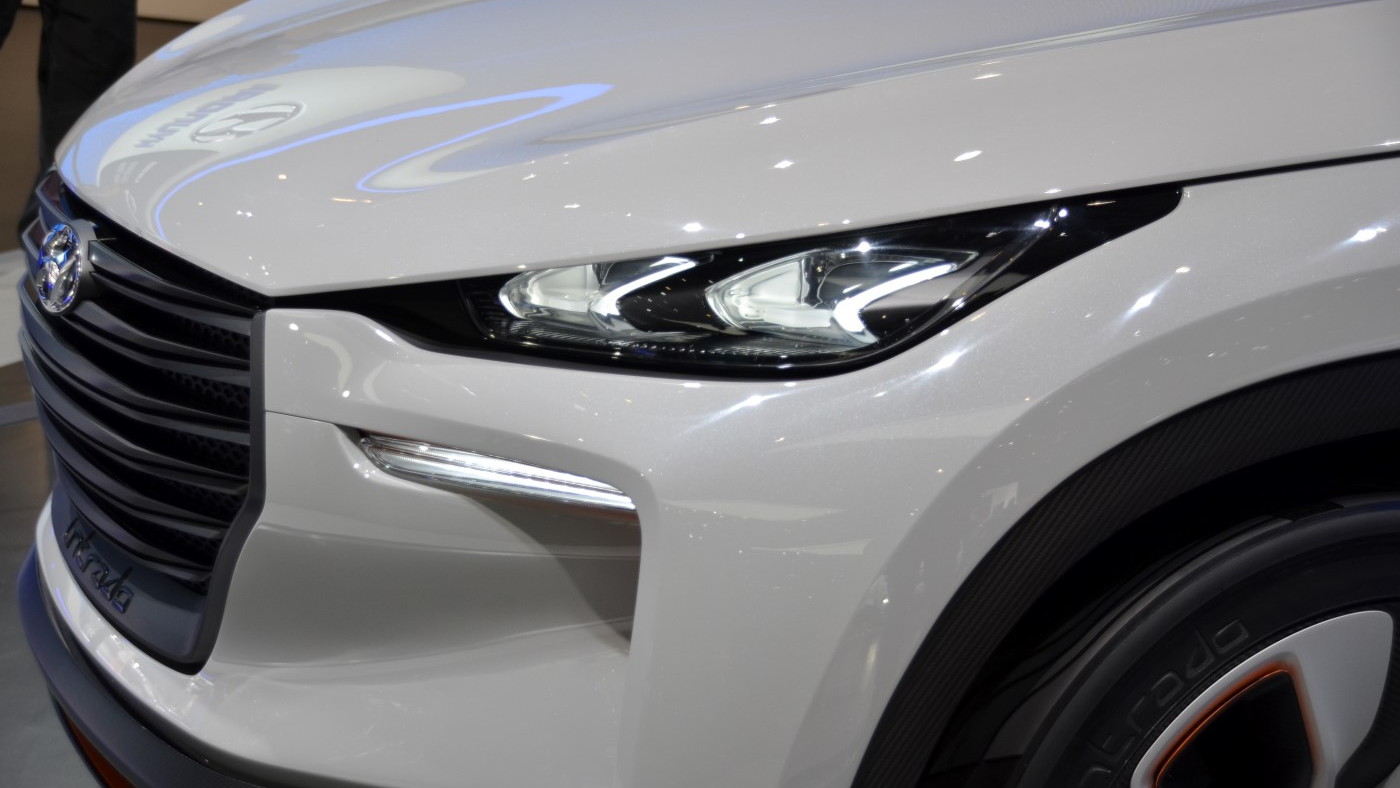 20
photos
Hyundai's Intrado concept--a fuel cell crossover unveiled at Geneva--is the first Hyundai to be designed under the watchful eye of Peter Schreyer, and it really shows.

Schreyer was previously head of design at Kia, and transformed the maker's lineup.

On the motor show stand, the Intrado really works. There's a coherence to the design we've not seen from Hyundai's other products, and if the Intrado begets a production version, you'd not hear us complaining.

The Intrado has been designed, in Hyundai's words, as a vision of how to meet future mobility needs.

To that end it's powered by a fuel cell, battery and electric motor setup, fuel cells being a particular Hyundai speciality.

Under the rear passenger floor--illustrated in our photos above--you'll find two high-pressure hydrogen storage tanks, each capable of storing the gas at over 10,000 psi. Together, they can hold 26.4 gallons of hydrogen. Combined with a battery pack, the Intrado can cover up to 373 miles between fills.

The battery pack has a 36 kW output, though Hyundai hasn't revealed how powerful the electric motor itself is--so there's little clue to the Intrado's performance.

Like BMW's i3 and i8, Hyundai has turned to carbon fiber reinforced plastic (CFRP) as a way to cut the Intrado's weight--ever the enemy of range and performance.

Pieces of CFRP are formed in modular sections and bonded along their lengths, a stronger setup that results in lower torsional stresses, while the "open" corners of the frame allow greater flexibility with the design.

It's also allowed Hyundai to fit a simpler, spacious interior, where designers have concentrated on giving drivers only essential fixtures and fittings. One of the Intrado's CFRP beams runs along the center of the car, as both a structural item and a place to set various electrical items.

Body panels are made from a super lightweight steel produced by Hyundai Steel, apparently one of the world's more environmentally-conscious steel producers.

If you can't wait for a production vehicle inspired by the Intrado, Hyundai also showed its ix35 Fuel Cell vehicle at Geneva--known as the Tucson in the U.S.--with production set to ramp up into 2015 and beyond.

For more news and live photos from Geneva, head over to our Geneva Motor Show hub page.