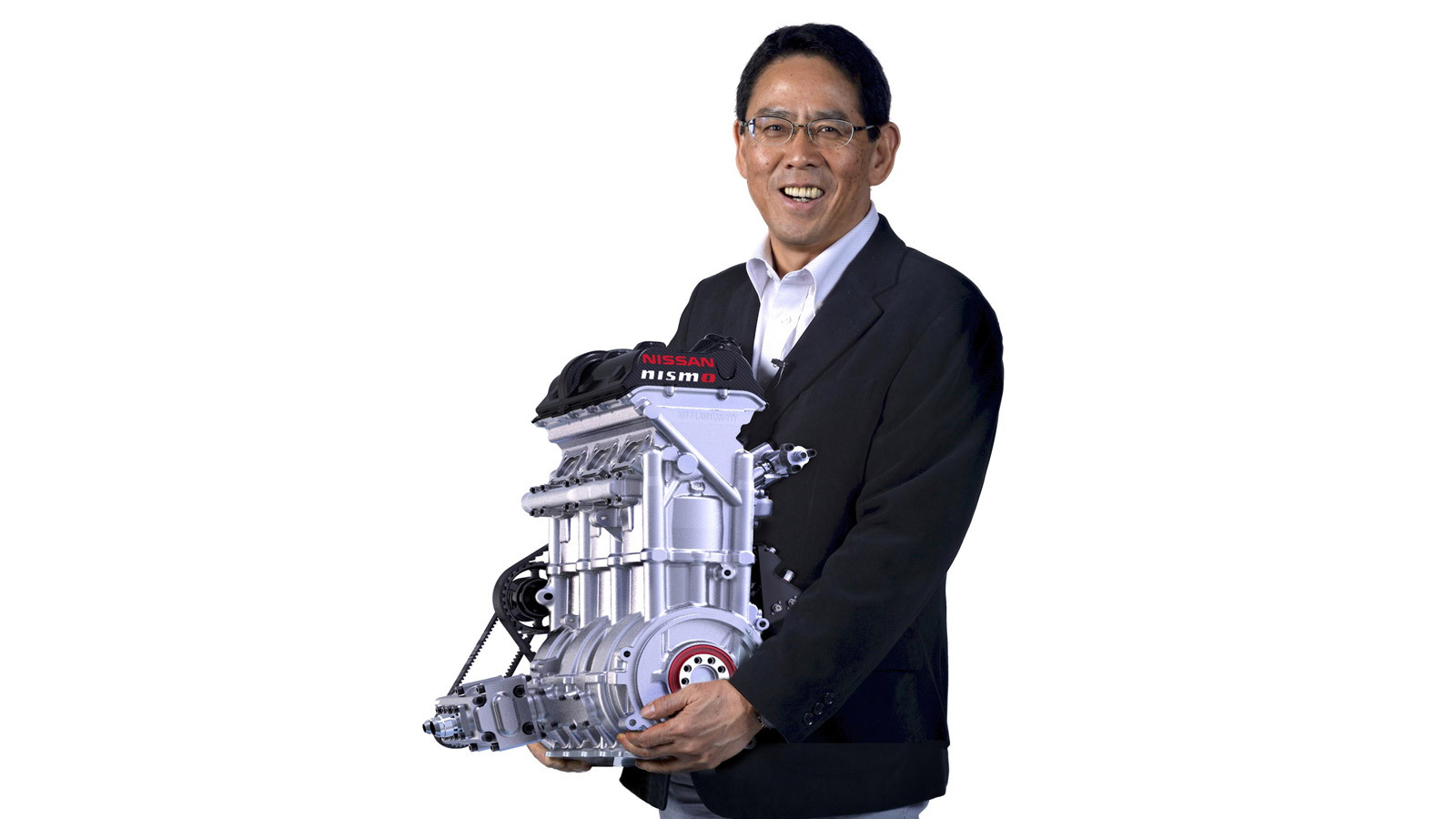 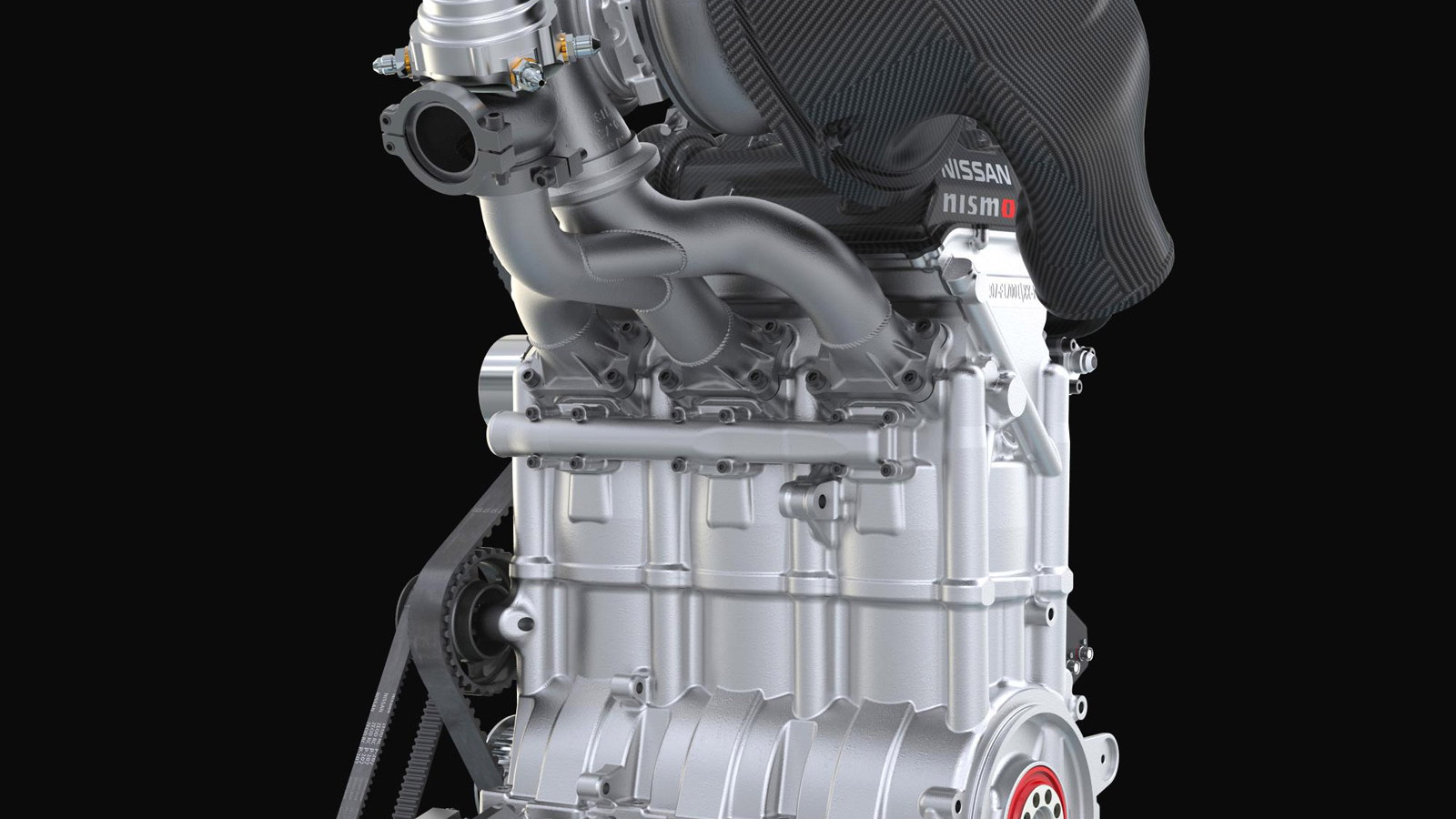 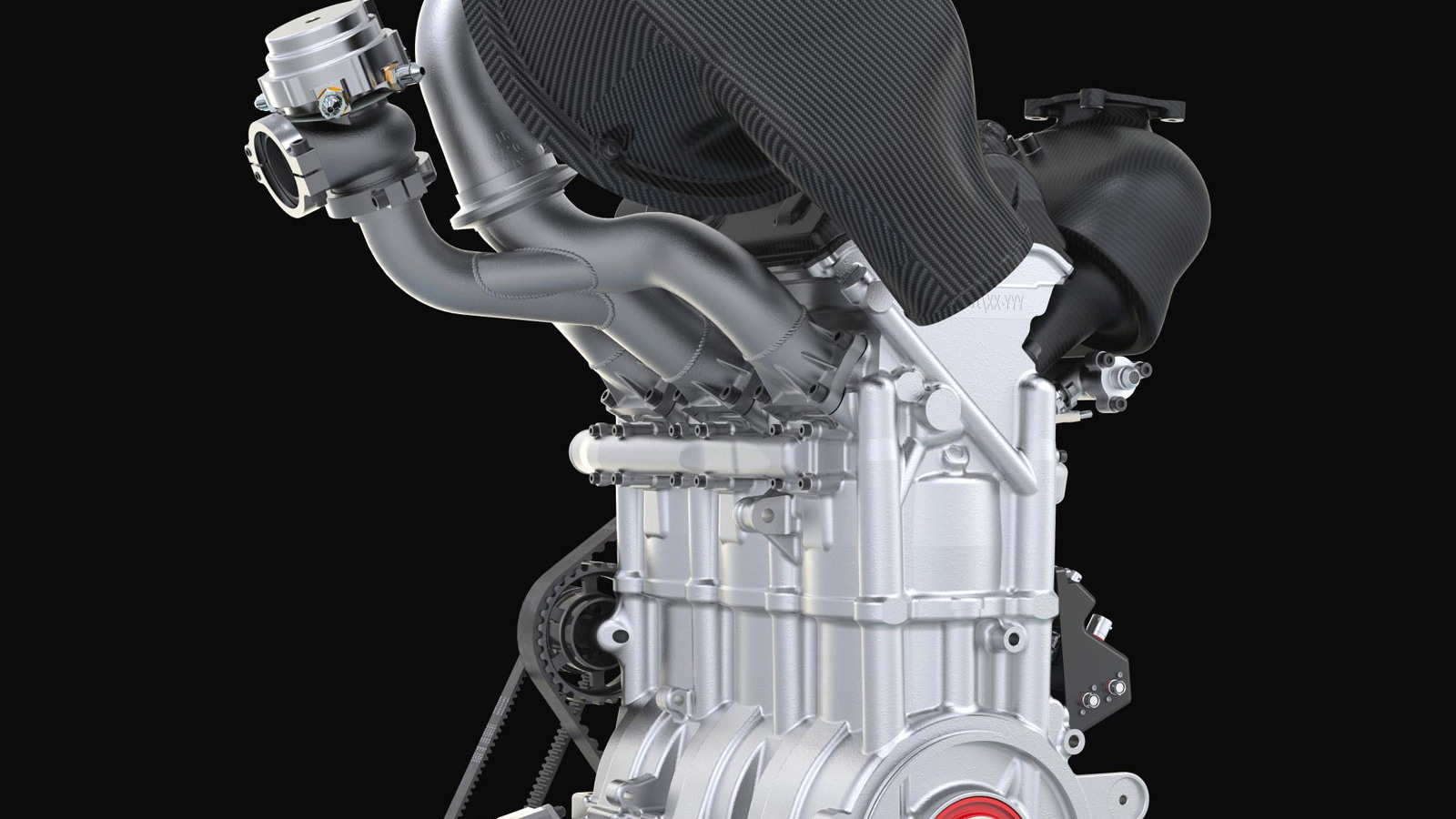 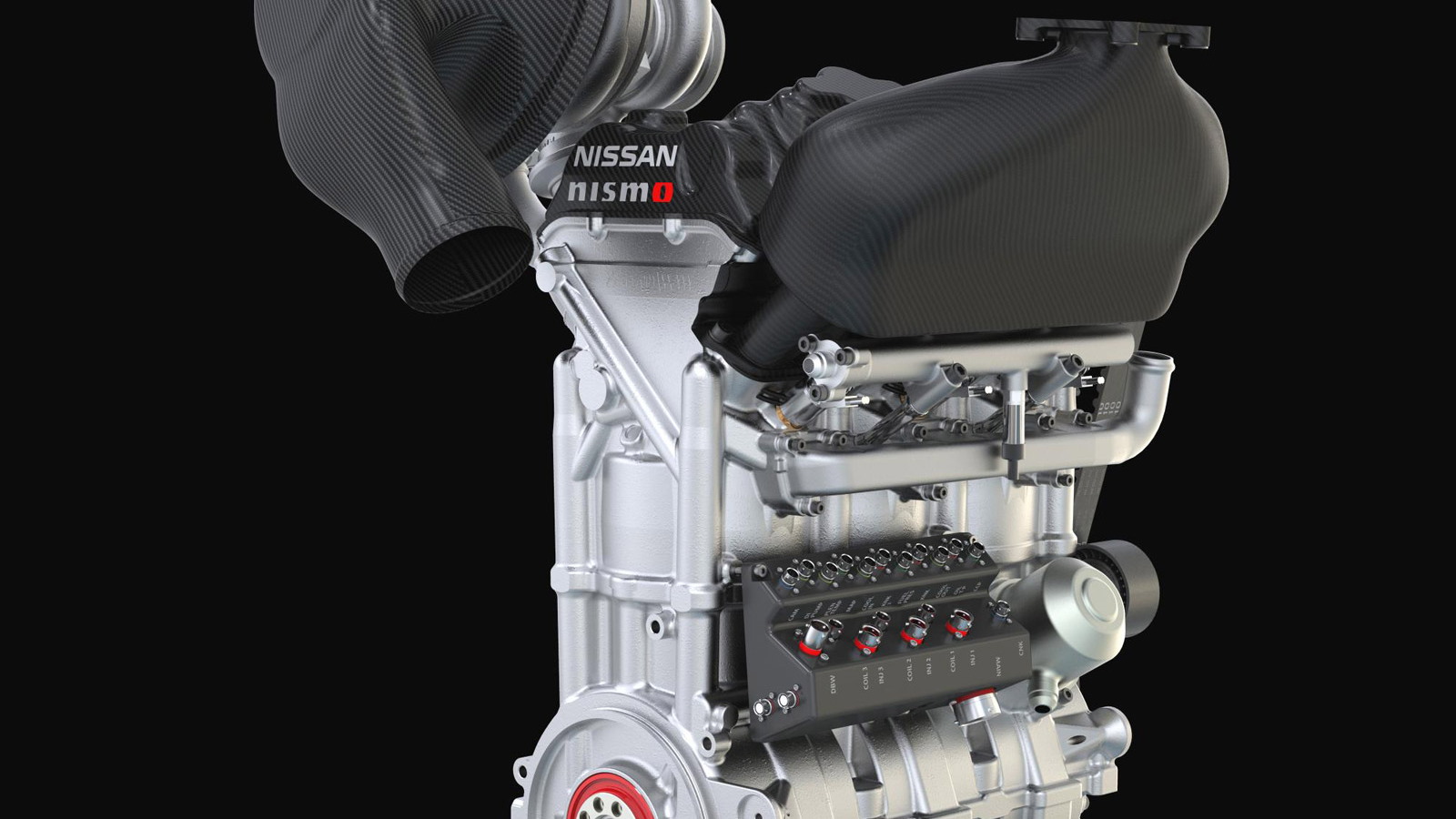 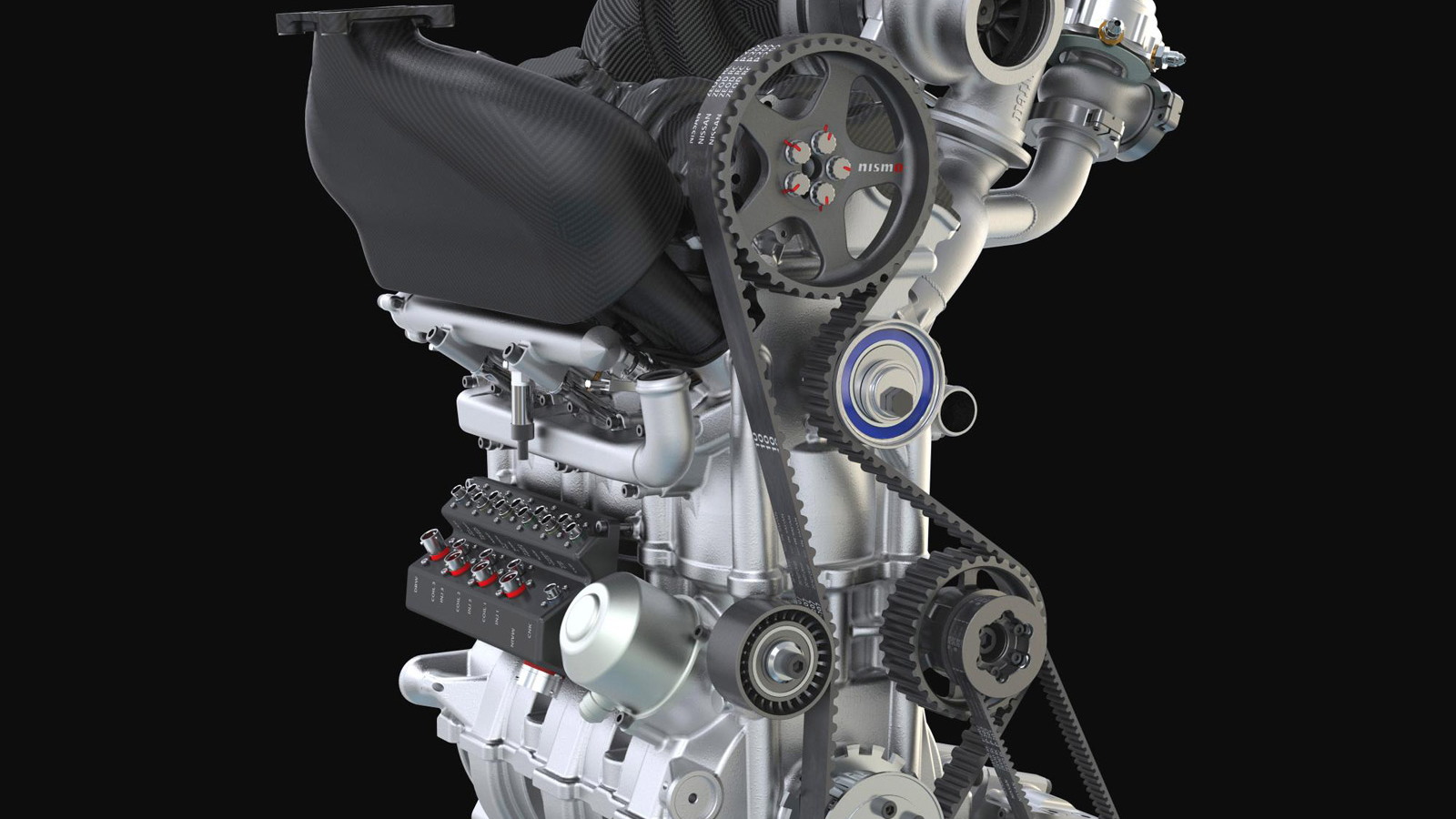 9
photos
Downsizing isn't just a concept reserved for road-going vehicles--the world of motor racing is adopting the theory too.

Smaller engines, turbocharging and hybrid technology is all the rage, with this year's F1 grid adopting all three in an effort to remain relevant.

Nissan's ZEOD RC Le Mans car is going even further, and now one component of its unique drivetrain--the tiny three-cylinder engine--has been revealed for the first time.

It really is small, too. In dimensions, if not weight, it's compact enough to qualify as carry-on luggage for most airlines, measuring just 19.7 x 15.7 x 7.8 inches. At 88 pounds it's not particularly heavy either, as demonstrated in Nissan's image of the unit being carried.

Despite the diminutive dimensions, it's also incredibly powerful, producing 400 horsepower and developing 280 pounds-feet of torque. Given the unit's lightness and power, it actually develops more horsepower per pound than the aforementioned Formula One engines.

That isn't the whole story, of course. ZEOD stands for 'Zero Emissions On Demand', and part of the ZEOD's power comes from electric motors.

The project's aim, other than a full 24 hours at Le Mans, is to hit 185 mph down the famous Mulsanne straight, and the car should be able to achieve that target regardless of the power source.

As Nissan has previously revealed, the ZEOD RC should be able to complete 1 lap on all-electric power for every eleven laps of the 8.47-mile circuit.

While not entirely electric then, it should still use significantly less fuel than any other vehicle on the track, despite running at the pace of the second-tier LMP-2 vehicles with wider tires, bigger engines and more power.

If experience from the ZEOD's DeltaWing predecessor is anything to go by, the car should be light on its tires as well as light on fuel. The unique layout of the ZEOD makes it both aerodynamic and well-balanced, and low weight ensures consumable items like tires and brakes don't suffer heavy use.

Usually, this is where we say that cars such as the ZEOD have little relevance to road-going vehicles.

But since Nissan is keen to put its Bladeglider concept into production, lessons learned from the Le Mans racer could well find their way into an electric, road-going sports car...