Want to drive a Chinese car--and a plug-in hybrid at that?

There are none offered for sale in the U.S. or Canada yet, but if you happen to be on vacation in Costa Rica--or living there--you'll have a much better chance.

The BYD Qin plug-in hybrid, unveiled at the Beijing Auto Show in April 2012, went on sale last month in the Central American nation. 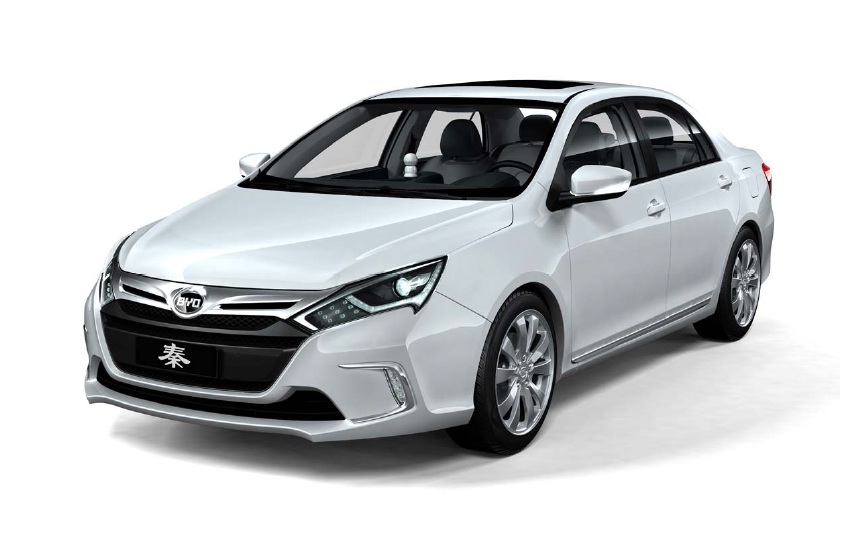 It's one of several BYD vehicles, including more conventional gasoline cars, that the Chinese company offers in one of its first New World beachheads.

The BYD Costa Rica Facebook page has the photo above, dated November 7 and apparently taken in its San Jose showroom--along with quite a lot about the rest of the lineup and various complimentary comments from Costa Rican BYD owners.

The Qin itself (pronounced "chin") is based on BYD's aging F3 compact sedan. Remarkably similar to a previous generation of Toyota Corolla, the F3 was China's best-selling car in past years.

Its 1.5-liter engine is turbocharged, and the total power of the combined system in hybrid mode--including the 110-kilowatt (148-horsepower) electric motor--is quoted at 300 hp (223 kW) and 325 lb-ft of torque.

After struggling to sell electric cars to Chinese buyers in its home market, BYD has decided not to sell its all-electric e6 to U.S. consumers, putting U.S. sales plans on hold indefinitely after missing a long series of deadlines.

But BYD continues to expand its distribution network in Central and South America. While its profits come from gasoline cars, it is selectively deploying plug-in electric vehicles as well. 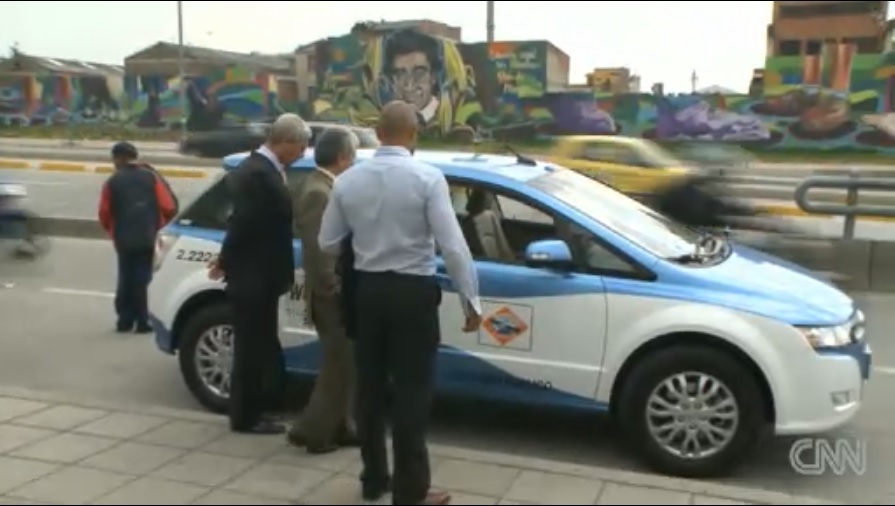 CNN reports that 50 BYD e6 electric taxis are being deployed in Bogota, the capital of Colombia.

The Colombian government recently abolished import duties on all-electric vehicles, a boost for BYD's efforts to sell zero-emission vehicles in the country.

A BYD e6 costs roughly $45,000--less than a gasoline equivalent with import duties--but only two public charging stations are live at the moment, with plans for more.

The capital city also plans to deploy BYD electric buses, joining cities around the world in looking for ways to green its public transportation.

Last year, BYD won a contract to build 15 electric buses for the city of Long Beach, and soon afterward it signed an agreement with Los Angeles for up to 25 buses.

In October, the company's U.S. arm was fined for failing to pay U.S. minimum wage to contractors it imported from China to work on the U.S. bus project.