Mitsubishi is doubling down on plug-in electric vehicles; the company says two of its three concepts for the 2013 Tokyo Motor Show will be plug-in hybrids.

The Mitsubishi Concept GC-PHEV is a full-size SUV that looks like a reborn Montero (which the company also sells as the Pajero, depending on where you live).

Mitsubishi says the concept's plug-in hybrid powertrain will give drivers the capability of an SUV with something approaching regular-car fuel economy.

The company isn't releasing any information on the powertrain itself, though. That will likely come at the car's Tokyo debut.

The Concept GC-PHEV also features Mitsubishi's Super All Wheel Control (S-AWC) vehicle dynamics system, which should give it better handling than most full-size SUVs.

Mitsubishi will also show a smaller plug-in hybrid crossover or SUV in Tokyo. 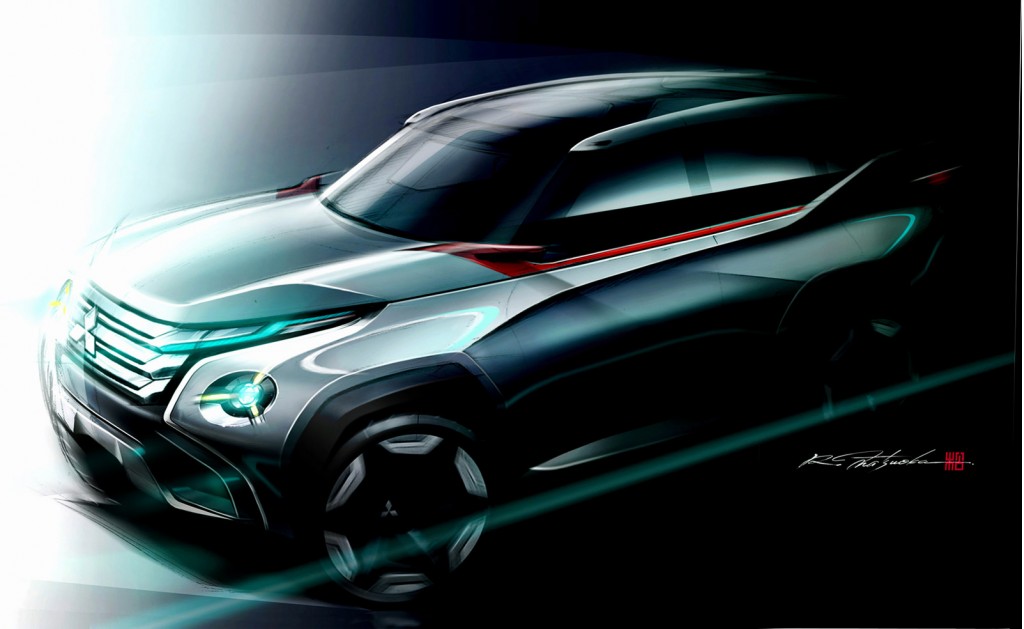 With more compact packaging and a "sport coupe" body style, according to Mitsubishi, the Concept XR-PHEV may preview the next Outlander Sport.

A production version of the XR-PHEV could be the first plug-in hybrid to enter the nether region inhabited by crossover-car half-breeds like the Nissan Juke and the Mercedes-Benz GLA-Class.

For its third concept, Mitsubishi will also unveil the Concept AR, a cross between an SUV and a minivan, powered by a small direct-injected and turbocharged engine.

While the GC-PHEV and XR-PHEV aren't its first plug-in hybrid SUV concepts, Mitsubishi is the first to have put such a vehicle into production.

The Outlander Plug-In Hybrid went on sale in Japan last year, although two recalls have dampened its momentum somewhat.

Pent-up demand in Europe and Asia, and a limited battery supply, will keep the Outlander Plug-In out of the U.S. until at least Fall 2014.

For the latest news on concept and production cars being unveiled, see our Tokyo Motor Show page.