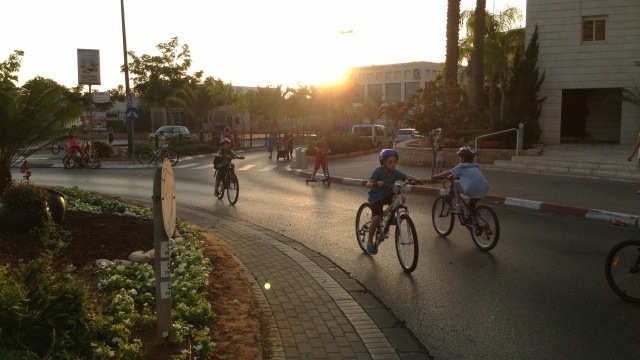 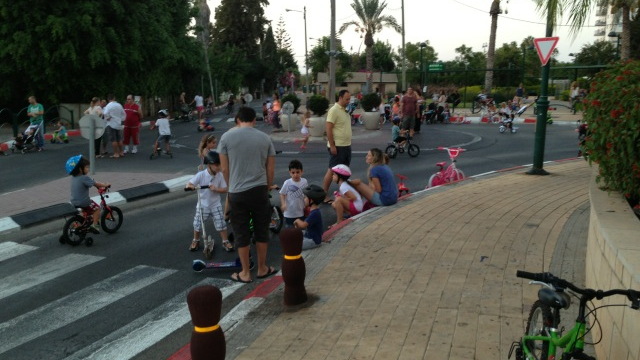 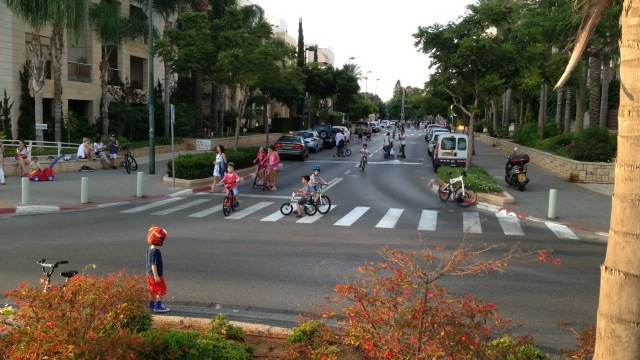 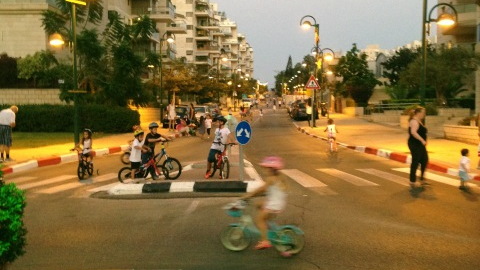 It stands to reason: Take all vehicles off the roads, and the air will get cleaner.

But now we can answer the question, "How much?"

And it turns out that the answer is, "A lot."

In a new paper, A national day with near zero emissions and its effect on primary and secondary pollutants, published in Atmospheric Environment, researcher Ilan Levy looks at one naturally occurring annual test of the effect of removing all vehicles from the roads of cities.

It's Yom Kippur, the Day of Atonement, one of the Jewish High Holy Days.

On this day, essentially every resident of Israel ceases all commercial, industrial, and recreational activity--and every vehicle stays parked.

No automobiles, trucks, buses, trains, or airplanes can be seen in motion.

The city of Tel Aviv, which Levy studied, is still. The streets are filled solely with individuals and families on foot.

The only remaining emissions are very large industrial sites--oil refineries, for example--and large power stations. Even their output is significantly reduced as demand plummets.

The results are remarkable: During the 25 hours in which all anthropogenic emissions cease, an 83- to 98-percent reduction in emissions of nitrous oxides produces an increase in ozone (measured in the Tel Aviv urban core) of 8 ppbv (parts per billion by volume).

But, the paper's summary cautions, "In spite of the striking reduction in emissions, changes in ozone are not greater than what is reported in the literature about less significant events like the ozone weekend effect."

Nonetheless, the Day of Atonement air-quality changes provide some indication of a best-case scenario for reducing emissions both from industry and from vehicular traffic.

Industry is its own separate issue, but vehicular emissions can be reduced by incentives for the introduction and use of zero-emission vehicles, including plug-in electric and hydrogen fuel-cell vehicles.

Each of those technologies needs to be carefully analyzed on a wells-to-wheels basis--it's important to question whether you're just shifting emissions from the city core to the powerplant location--but the health benefits of reduced emissions in cities are clear and undeniable.

For more on life in Tel Aviv during the "emissions holiday," see articles by our occasional correspondent Brian of London in The Times of Israel, and on his blog, IsraellyCool.com.