Owners of supercars often seem to feel a sense of entitlement.

So we had to chuckle at the outrage expressed by the videographer who posted a clip of a Lamborghini Aventador momentarily forced to slow down on a narrow London street as a cyclist pulls out.

You'll note that the driver of the flat-black Aventador actually has to apply his brakes. Dreadful.

Then he revs his engine, which echoes through the street with the sound of ripping cloth. We're sure the neighbors appreciated that.

We should point out that more than most capital cities, London has an adverse relationship with supercars--or, more properly, their drivers.

The worst of them, termed "supercar hoodlums," have drag-raced in crowded neighborhoods, wrecked rows of parked cars, walked away from the wrecks, and otherwise run riot in the crowded capital.

In August 2010, for instance, two Abu Dhabi residents street-racing in Knightsbridge at 1:30 am managed to wreck both their cars and four parked cars as well.

The two simply walked away from the wreckage, telling horrified onlookers that they'd pay for it; one was driving without insurance.

That's not even to mention the multiple and flagrant parking violations that led enforcement officers to put wheel-clamps on a  $550,000 Murcielago LP670-4 SuperVeloce and one of only six $1.9 million Koenigsegg CCXRs ever made for parking illegally outside Harrods.

So Londoners who cycle--a greener mode of transport than a two-seat coupe with a 691-hp, 6.5-liter V-12 that's rated at 13 mpg combined--might be irked at ear-splitting engine revving all of a few seconds after they've pulled out.

The cyclist stops, turns, and looks back at the driver for--imagine--10 seconds. 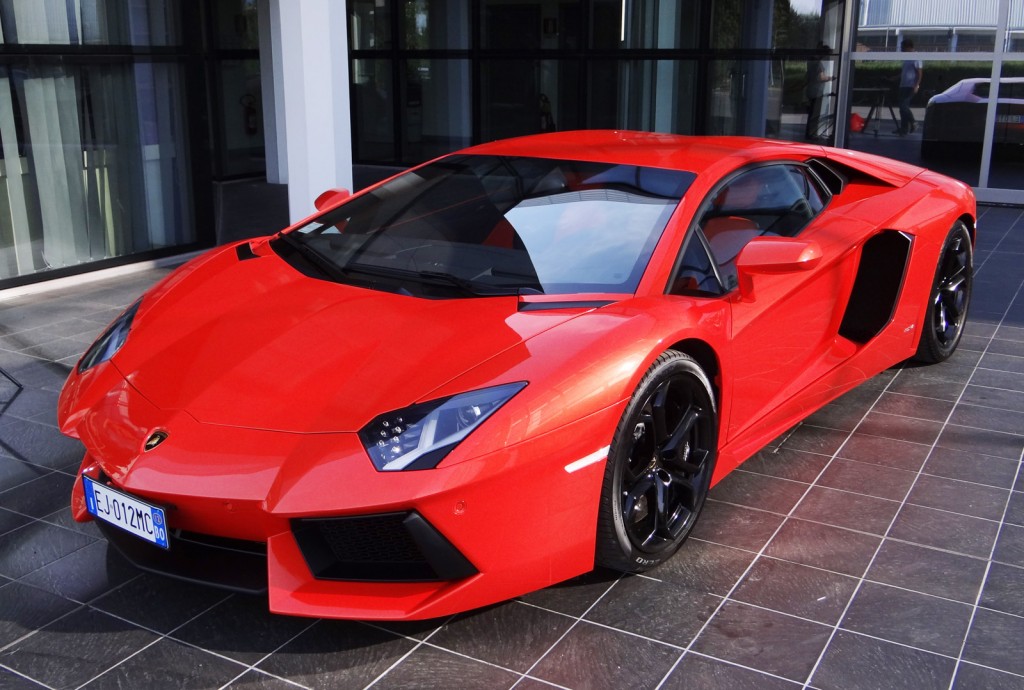 Then he pedals off in the bike lane--only to be passed by the supercar, which roars away down the narrow sidestreet.

As one editor hereabouts commented, "I see two people behaving badly, but one definitely emerges the hero."

Hint: It's not the Lamborghini driver.

Still, the videomaker (aka "SupercarsOfLondon") is outraged. He labels the cyclist an "utter TOOL" who "sabotages" the driver, and suggests that he's riding illegally.

We don't see it, but we're not intimately familiar with rules of the road in England's capital.

At the end, he notes, "Is the Cyclist think he is a HERO?"

We might suggest that "SupercarsOfLondon" spend some of his outrage on hiring a copy editor.

The rights of supercar owners to do whatever they damn please are clearly his stock in trade.

Might we suggest a course on managing that sense of entitlement?