For a long time, the Toyota Prius was the only game in town for high fuel-efficiency vehicles.

Starting with the 2004 model, it really came to define the public image of a hybrid car.

Now, though, as hybrids and plug-in cars are slowly growing their share of the market, Prius sales have fallen--not just as a share of the "alternative powertrain" segment, but in raw numbers.

According to Ward's Auto sales data, hybrids and plug-ins together took 3.71 percent of the U.S. market last month--just 0.01 percent below their all-time high share of 3.72 percent last December.

About 7,500 plug-in cars were sold last month, and those numbers will likely stay steady or grow for the rest of the year.

But hybrids still outnumber plug-ins in the total of 50,000 or so, and that's where the Prius has seen its sales numbers decline.

Sales of the whole Prius range added together are down 12 percent for the first four months of this year against the same period last year.

And that's despite not having two of the newest Prius models fully available last year, neither in January nor February 2012.

The total for the four-model Prius lineup was 75,613 this year, against 86,027 for January through April last year.

Similarly, sales of the Prius C subcompact rose for four months, but the two-month comparison is down 15 percent (from 8,881 to 7,512).

Toyota has many other hybrid models, including the new-for-2013 Avalon Hybrid and the longstanding Camry Hybrid sedans, and the Highlander Hybrid crossover.

Part of the competition to the Prius clearly comes from Ford. While it can't match Toyota in overall numbers, the second-largest of the Detroit Three is making a respectable showing. 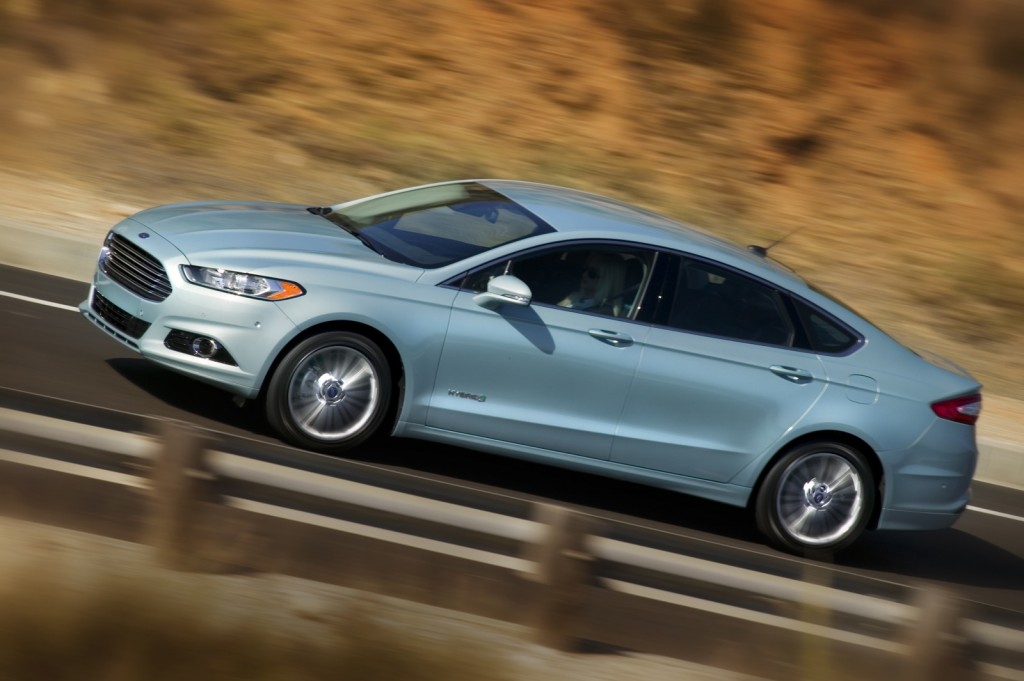 From January through April, Ford sold 11,708 C-Max Hybrids and 13,891 Fusion Hybrids (not including the Energi plug-in hybrid versions of each, which are separately tallied in plug-in sales).

That's roughly one-third the total number of Priuses sold, a level Ford has not previously reached.

Ford comparisons to 2012 totals aren't relevant because the C-Max is a new model that just went on sale last September.

Moreover, the Fusion Hybrid went through a complete redesign from the 2012 to 2013 model, cutting production substantially.

Both Ford hybrids have come under criticism--by Consumer Reports, among others--for not meeting their 47-mpg EPA combined efficiency ratings. Now the EPA is investigating.

But in the end, that may not matter to consumers. Even if their new Ford hybrids approach 40 mpg, that may be good enough.

And the more hybrids and plug-ins that are sold, the more economies of scale can kick in to lower their component costs, from lithium-ion cells to electric traction motors.

That's what we call a virtuous cycle.