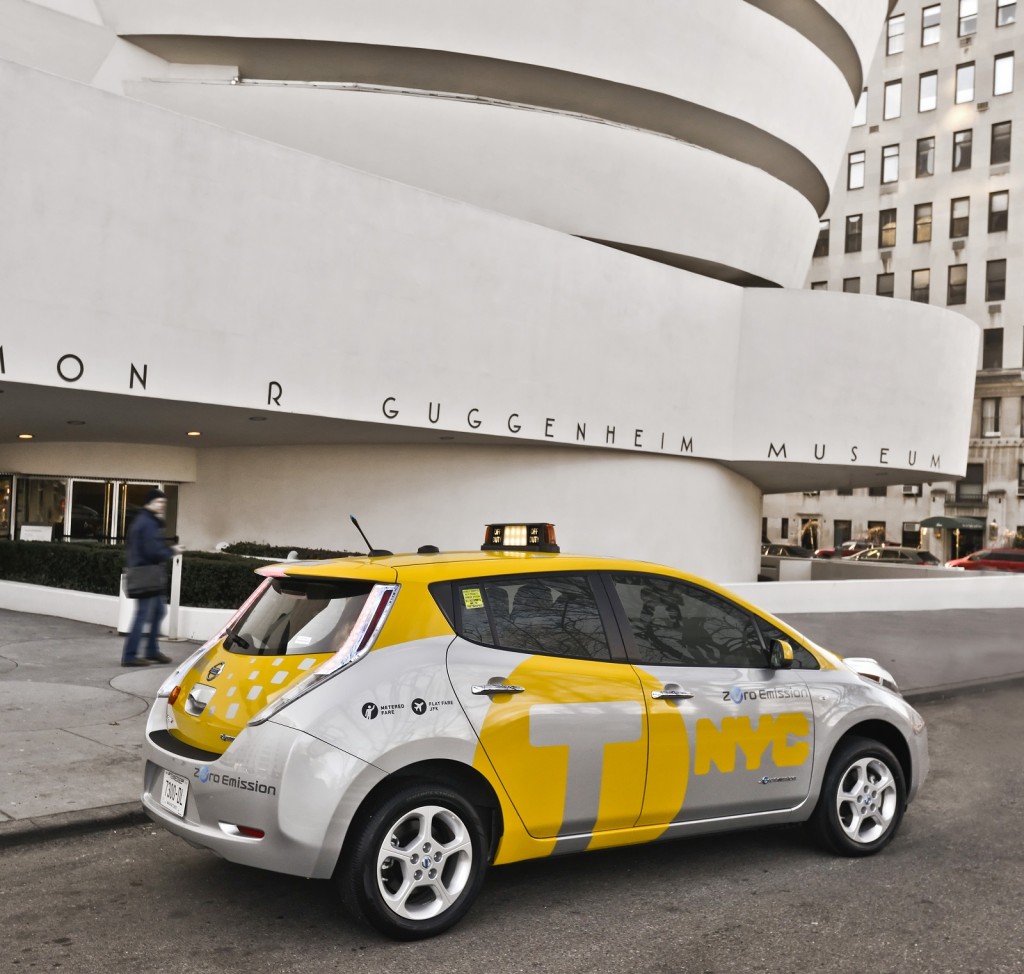 Within a few weeks, a handful of New Yorkers each day will ride in a new kind of taxi: an all-electric Nissan Leaf.

The plan, Bloomberg said, will help the city "answer important questions about incorporating electric taxis into the fleet, so that we can achieve the goal of a one-third electric taxi fleet by 2020."

Included in the test will be the installation of several DC fast-charging stations in New York City, which will enable Leaf taxi drivers to recharge their cars to 80 percent of capacity in 30 minutes or less.

Those stations are now going into the ground, although Nissan officials privately concede that the planning, permitting, permissions, and paperwork involved in adding such infrastructure have been more onerous than expected.

Whether taxi drivers will resist the need to stop and recharge during their shifts remains an open question.

The test plan was originally scheduled to start a year ago, but Nissan officials held off until the company could provide updated 2013 Nissan Leafs from its Tennessee assembly plant. 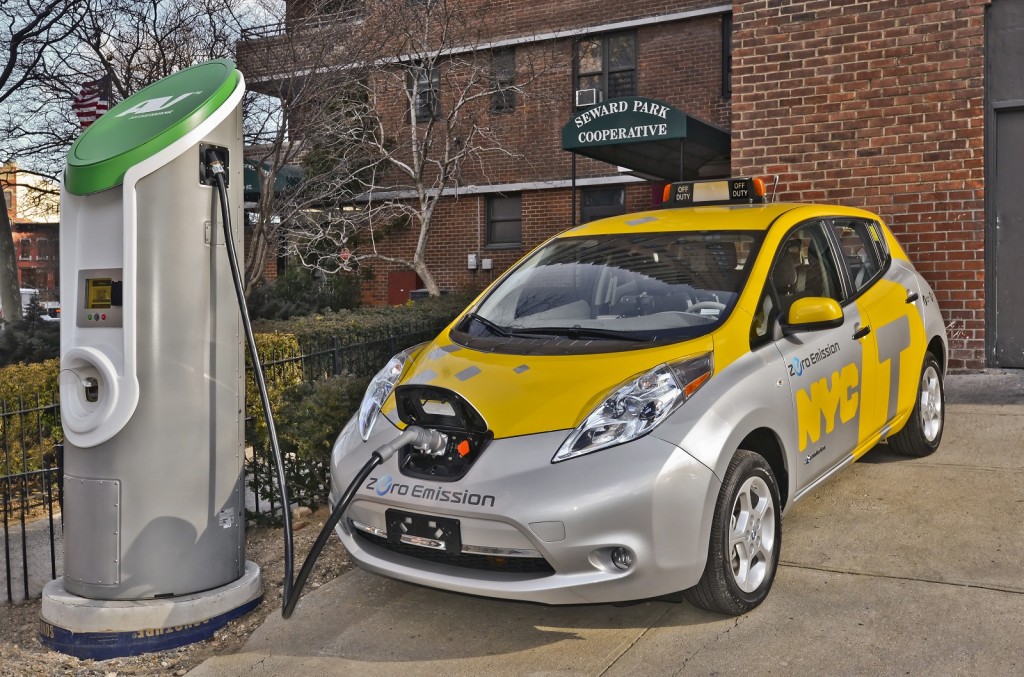 They have criticized the city's "Taxi of Tomorrow" program, which uses a lengthened and adapted Nissan NV200 minivan as the sole vehicle for taxis starting at the end of this year, because that vehicle is currently offered only with a gasoline engine.

Nissan is testing an all-electric version of the NV200 in a variety of locations; it uses Leaf underpinnings.

We drove the Nissan e-NV200 electric minivan in Japan last fall; thus far, according to the company, tests are progressing well.

Leaf taxis already operate in Sao Paulo, Brazil, and Osaka, Japan, though some Osaka drivers are not happy with the degradation in battery range they have experienced after racking up tens of thousands of miles in a short period.

New York City's taxi fleet now is more diverse than it has been in decades, as hybrids and smaller sedans and minivans from a variety of makers replace the formerly ubiquitous Ford Crown Victoria full-size sedans, which are no longer made.