Every month we report on sales of plug-in electric cars, which tripled last year over the total in 2011.

As virtually every analyst and commentator has pointed out, electric cars have done better in their early years than hybrids did in theirs.

So how is it that Car and Driver, the well-known automotive "buff book," seems to suggest that electric cars are doing much worse than hybrids did?

That's the conclusion of a January article entitled, The Spark Is Gone: What's Going On With Electric Cars, which is subtitled, "EVs haven't caught on the way they were supposed to; will they ever?"

By itself, it's a valid question. Certainly the optimistic sales projections by both Chevy and Nissan have not come to pass.

Seasoned electric-car advocates had warned that this might be the case, but their voices were largely drowned out in a surge of electric-happy media coverage.

Inevitably, that has now been followed by a second surge of articles concluding that plug-in cars are a sales failure, painting the landscape in dire tones of gloom and doom.

Our quibble is simply with the graph used by the magazine to compare the early sales curves of hybrids versus plug-in electric cars.

The problem lies in the decision to start not with the 2011 model year. That's when the first volume-produced mass-market electric cars went on sale--the Chevy Volt and the Nissan Leaf, which both launched in December 2010.

Instead, the author (or infographics person, we're not sure) chose to start the graph in 2008. That's when the first electric car sold with a lithium-ion battery pack first went on sale. 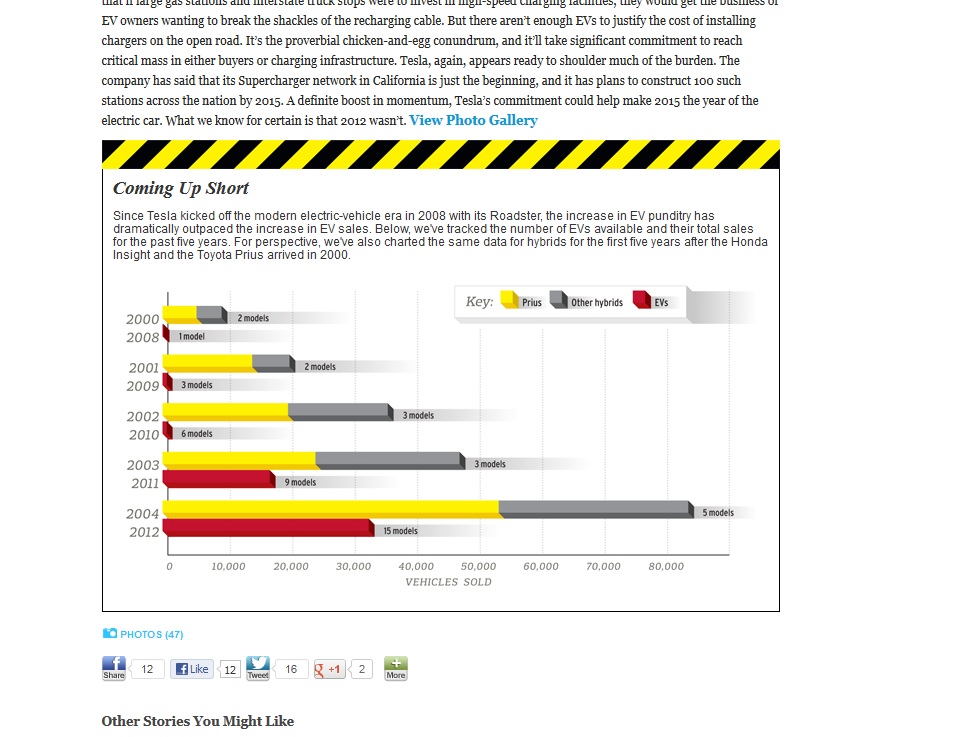 That's not a volume car by any definition. In fact, Tesla said for years that only 2,500 Tesla Roadsters would ever be built and sold over the car's life.

Moreover, the Roadster was priced at $110,000 and up, against the Toyota Prius, which was priced as a volume car from its first day on sale.

Car and Driver says on its graph, "Below, we've tracked the number of EVs available and their total sales for the past five years. For perspective, we've also charted the same data for hybrids for the first five years after the Honda Insight and the Toyota Prius arrived in 2000."

If Car and Driver had started its comparison in 2011, when the Volt and Leaf went on sale, here are the numbers the graph would show. 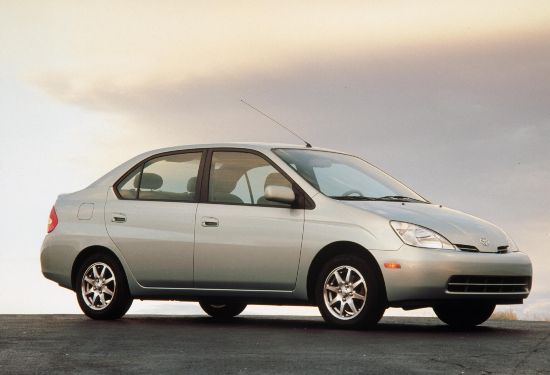 So how would that graph look now?

We love data, but it's important to understand the context around the data sets you pick to make a point. In this case, we think Car and Driver chose an inappropriate vehicle to start their comparison with.

We invite Car and Driver to redraw its graph, starting the electric-car era in 2011, the first year that plug-in cars were offered for sale in volume quantities.

[UPDATE: In fact, Scientific American has done just the graph that we suggested Car and Driver do; you can find it here. The full article: Electric Vehicle Deployment: Where Should We Be Today?]