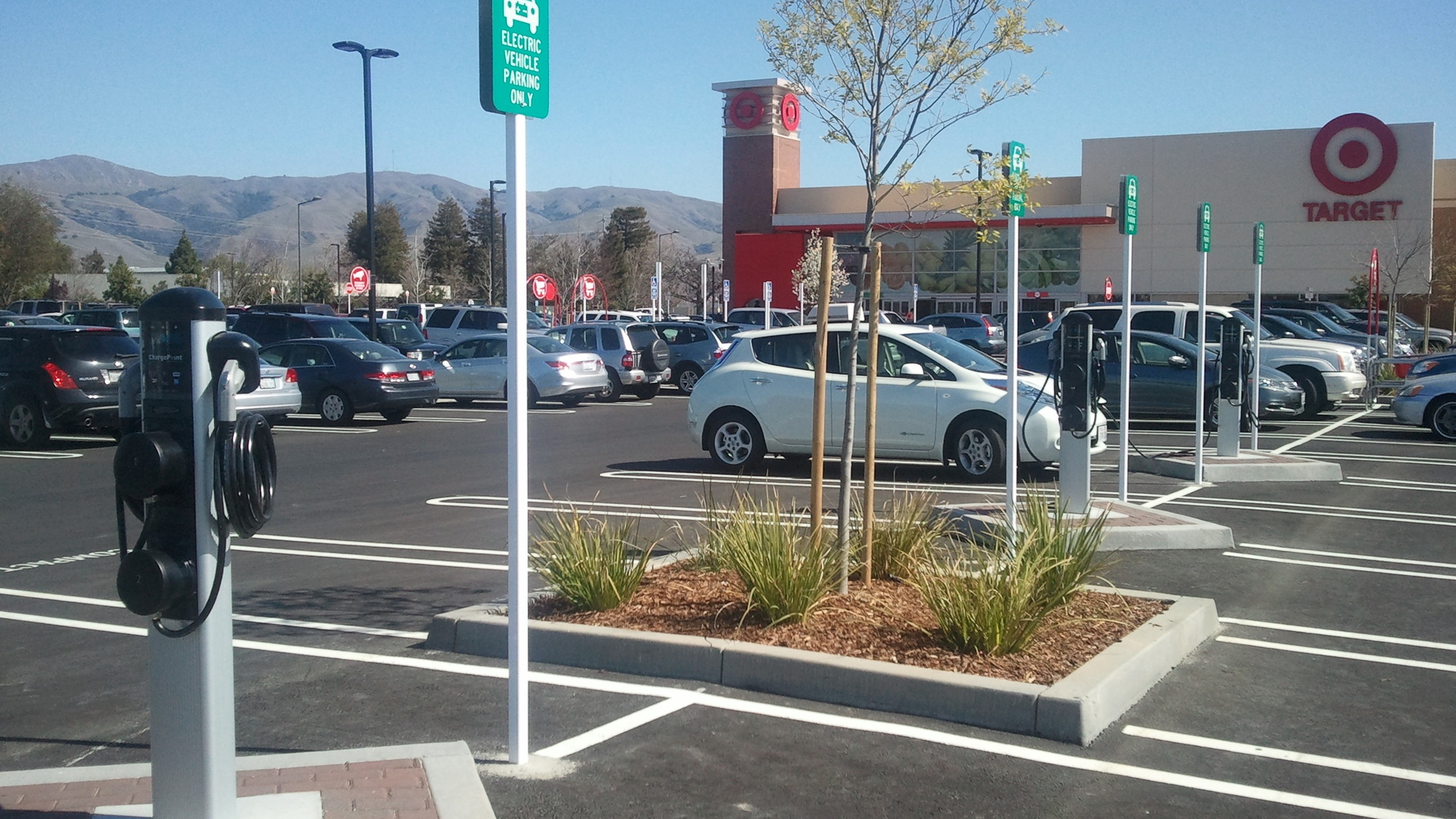 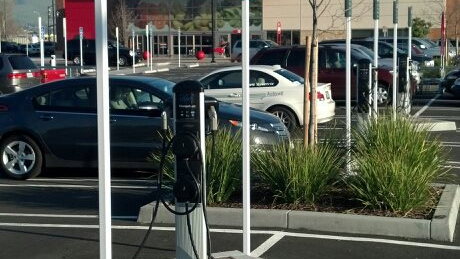 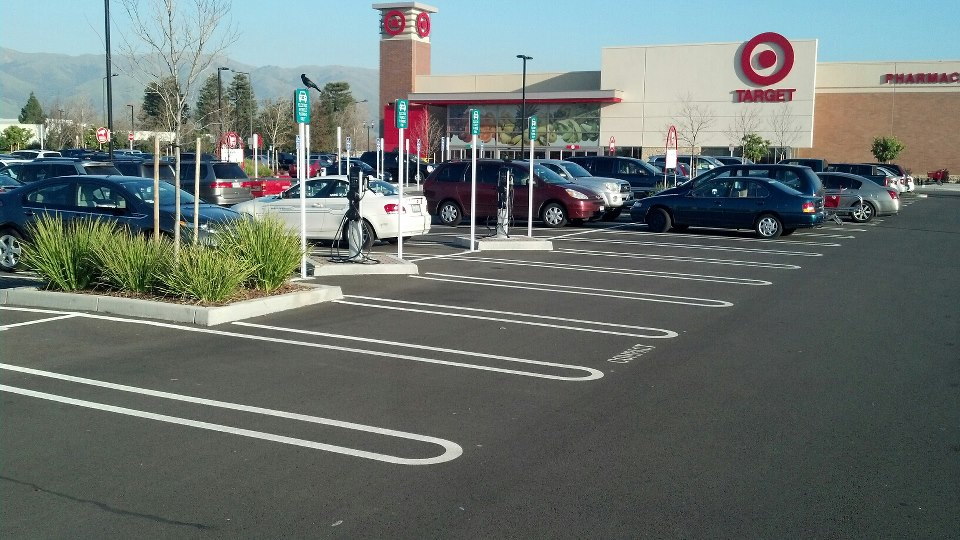 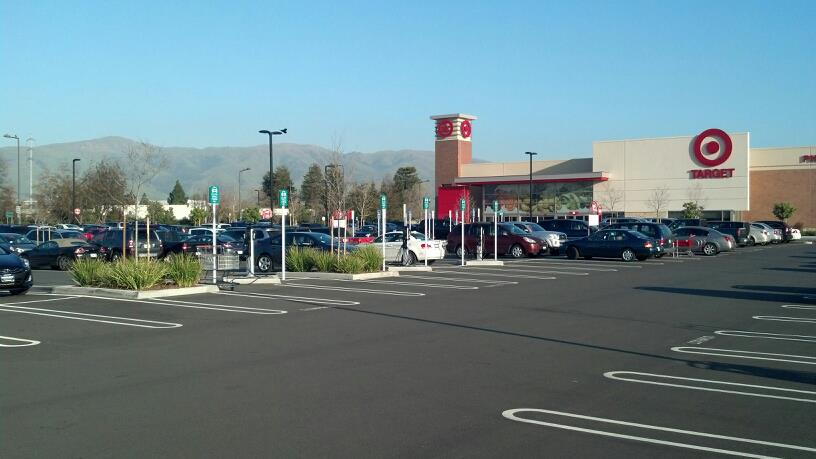 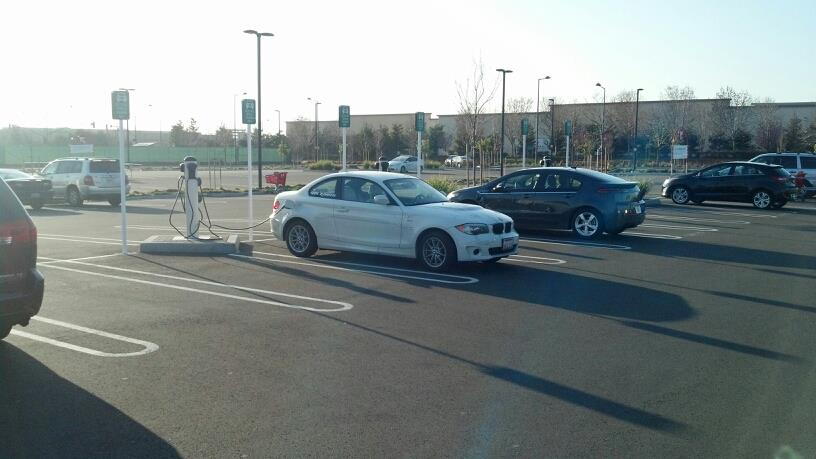 Electric-car drivers know the problem all too well. It's called "getting ICEd"--when a gasoline car parks in the spot for reserved for electric cars to use a public charging station.

Now a new Target store, sited in a conventional suburban mall in Fremont, California, offers an example of how to minimize that problem.

"There are six stations in the middle of the lot, meaning no good or bad spots," according to BMW ActiveE driver Robert Olson.

"Then there is one station in the next aisle by itself, and another one up front at of the handicapped spaces."

"I've only ever seen the charging stations ICEd once," Oldson said, "and that was by some [person] with a GMC Yukon Hybrid--who must have thought it was for hybrids too."

Middle of the lot

In other words, the secret is to install multiple charging stations, and to put most of them in the middle of the lot--not in the most desirable spaces closest to the doors.

When charging stations are added to existing stores, the engineers often take the path of least resistance, and put them as close as possible to the store building.

That minimizes the costs of trenching and cabling to get electricity to a location that didn't previously have it.

But it also means that that space is correspondingly that much more alluring to every single shopper.

Add to that requirements in some jurisdictions that at least one charging station be available to handicapped shoppers--meaning it's both a handicapped spot AND a charging station--and you end up with a very high likelihood that the car next to the charger won't be electric at all.

More important than you think

"People who don't drive electric cars resent  that the spaces are usually in the prime locations," he says. "It adds to their belief that we think we deserve special treatment."

When installing a pair of charging stations in the parking lot at Nauna's Bella Casa, his restaurant in Montclair, New Jersey, Moloughney "actually gave placement a lot of thought."

"I decided to install one in a prime location, to attract conversation and 'electric car awareness'," he said, "and the second one in the least-desirable spot in the lot."


The ChargePoint Network has also featured the new Target location as its "Charging Station of the Day."

That photo, however, was taken a couple of weeks after the store opened.

That's because, he says, "It's a main charging post for Nissan Leaf drivers to get from San Jose to the upper East Bay."

So, if you're planning to push your workplace (or anywhere else) to put in electric-car charging infrastructure--here's how--keep in mind that putting it in the right place may be the difference between using it and having it ICEd.

[Our thanks to several members of the BMW ActiveE group, especially Jack Brown for providing photographs]