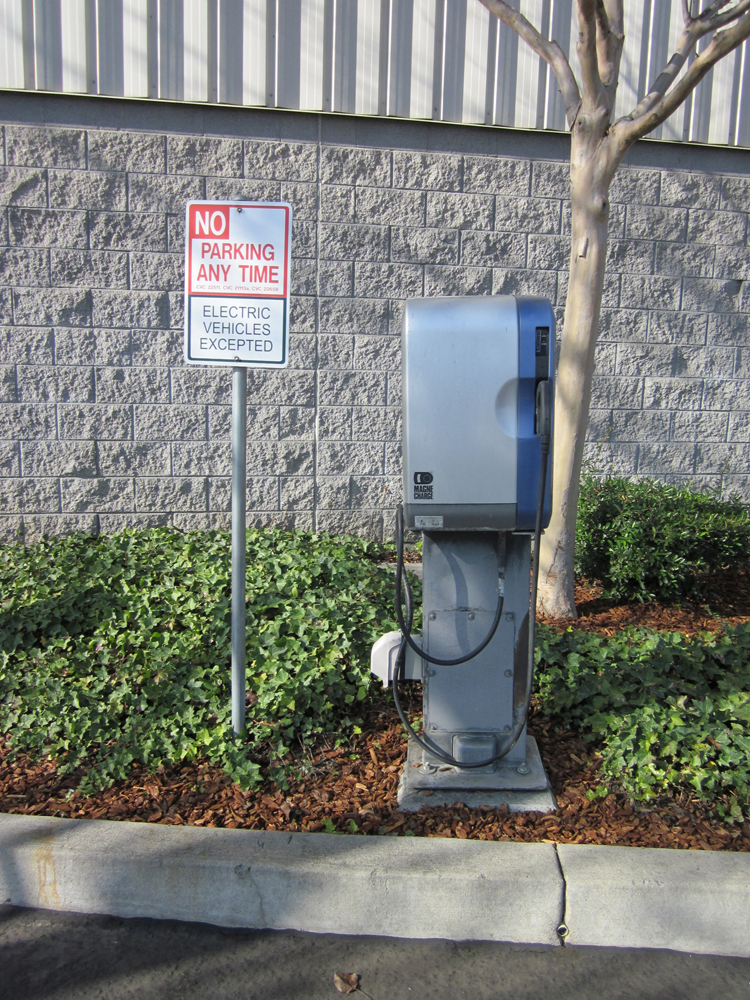 Back in the 1990s, when it seemed like electric vehicles were gaining traction with consumers, Costco did something unusual: the big-box retailer installed charging stations at many of its California locations. Now, however, those stations are being removed, and electric car fans aren't happy.

According to Plug In America, Costco has offered no official explanation for removing the charging stations other than the Xeroxed signs taped to each that read, "Please be advised that this electric charger will be removed on August 15th, 2011. Sorry for the inconvenience."

Costco's move seems curious for a couple of reasons. For starters, the California Energy Commission has launched a special grant program to fund the upgrade of older, AVCON charging stations to newer J1772 models that can accommodate modern electric vehicles like the Chevy Volt and the Nissan Leaf. Costco would seem to be tailor-made for that initiative, so why not apply?

But apart from the fact that upgrading should be of minimal cost to Costco is the fact that sales of electric cars and plug-in hybrids are booming these days. At a time when other companies (even McDonald's!) are rolling out the red carpet for electric vehicle owners, why would Costco yank the rug out from under them?

There's a chance that Costco is unaware of the Energy Commission's grant program. If that's the case, we're pretty sure they know about it now.

However, there's also the chance that Costco knows of the program and simply doesn't care -- which would be short-sighted at best, terrible PR at worst.

If you're a fan of electric cars and/or plug-in hybrids and want Costco to keep charging stations for its customers, you can send a personalized email to the company's CEO, James Sinegal, by clicking here.