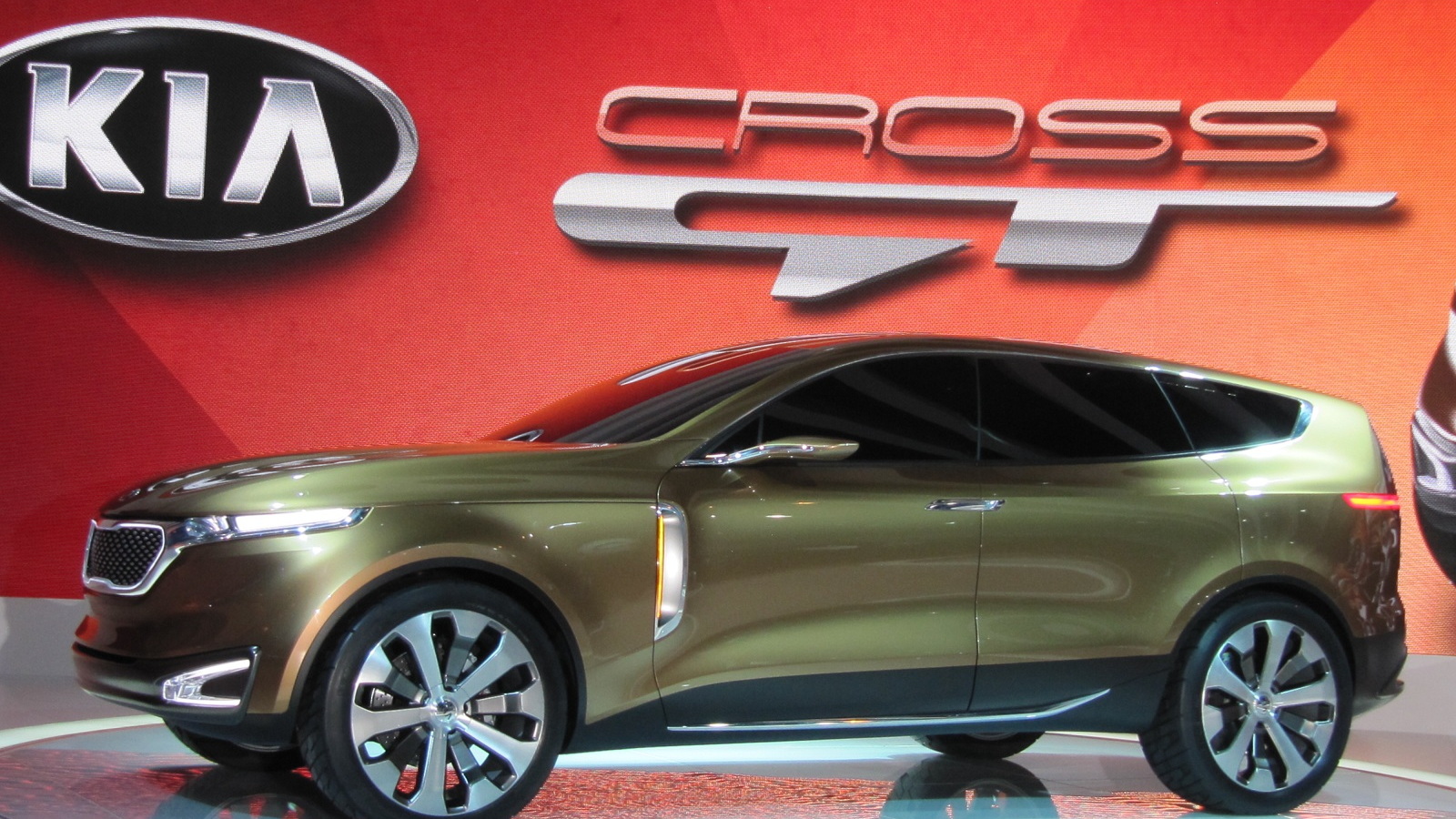 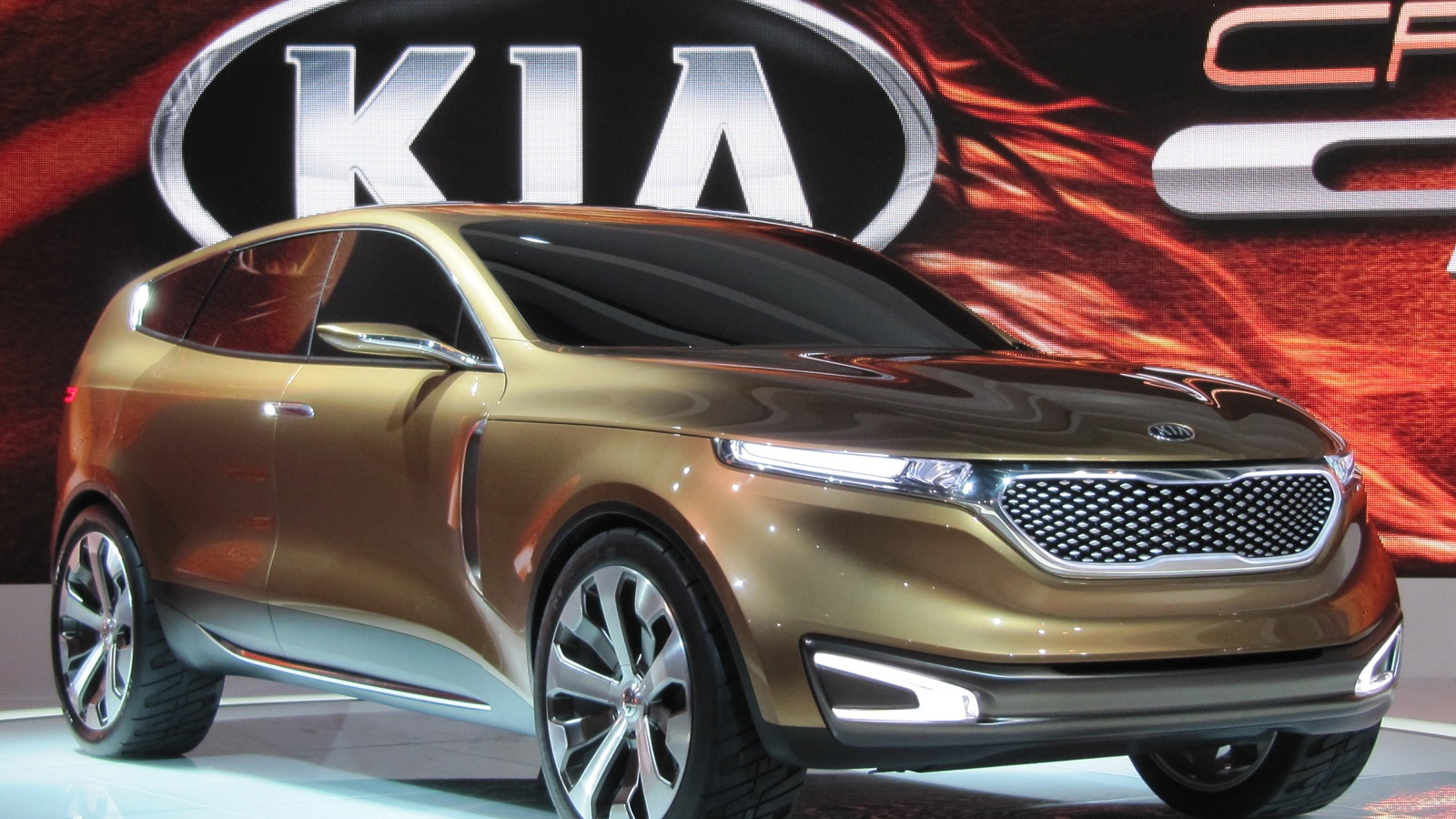 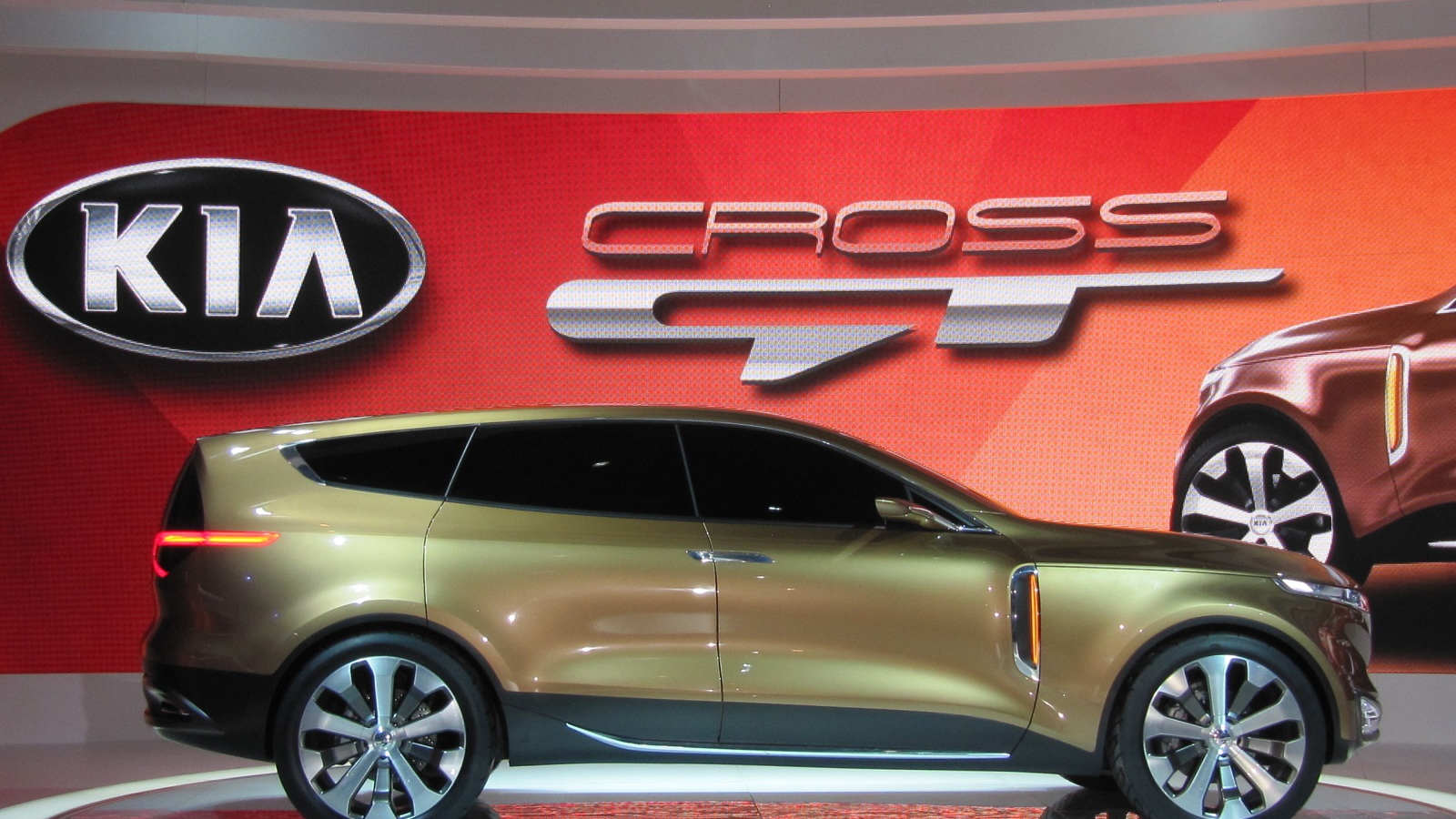 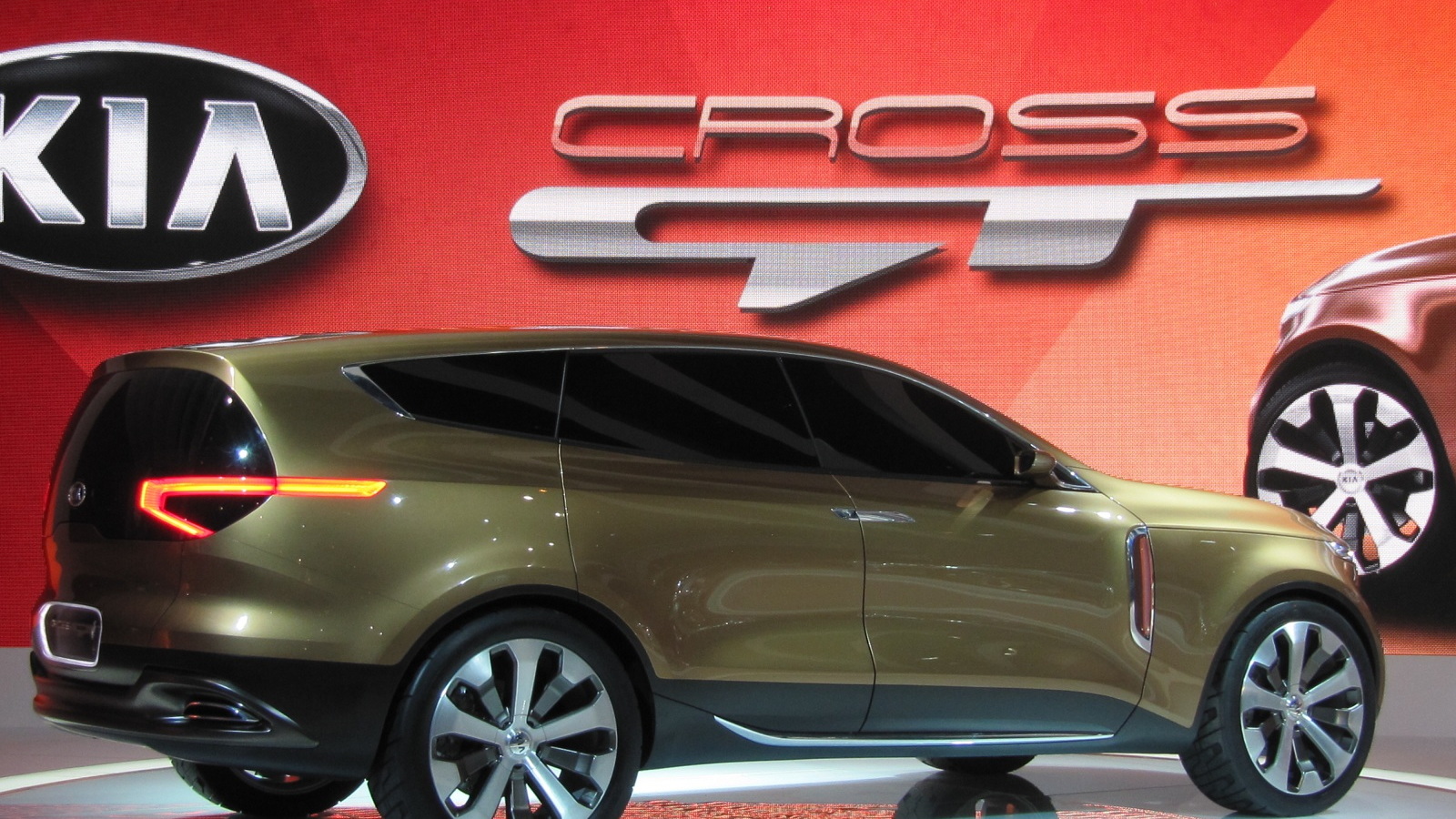 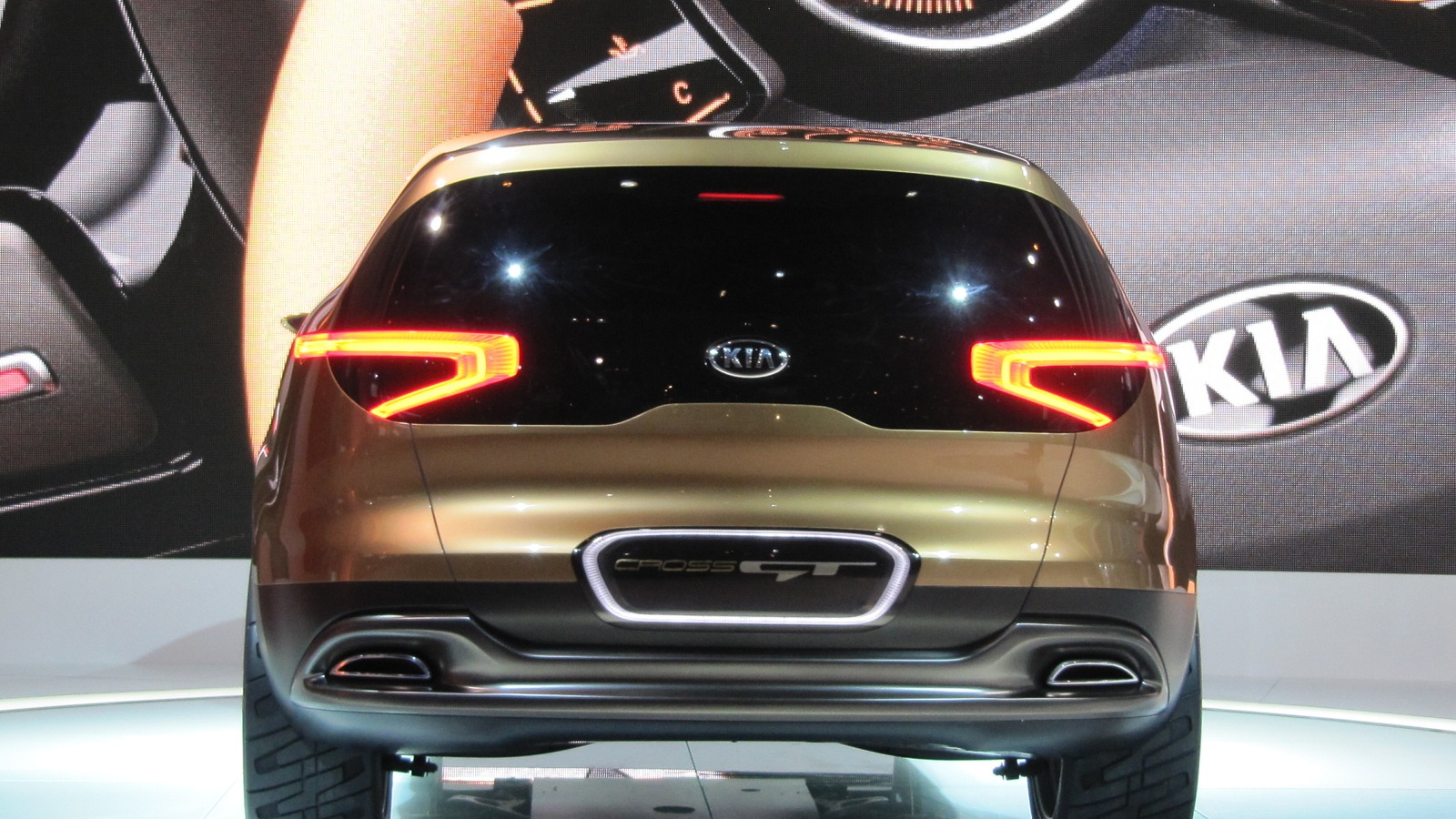 15
photos
Launched today at the 2013 Chicago Auto Show, the Kia Cross GT does nothing to make us doubt Kia's future design direction.

It's the tech under the skin that interests us though, as the Cross GT Concept uses a parallel hybrid drivetrain to give it an all-electric range of 20 miles.

A 3.8-liter V-6 gasoline engine provides the car's main power source, but this is backed up by an electric motor.

Together, they produce a thumping 500 pounds-feet of torque, and 400 horsepower. At the same time, the crossover concept--which is larger than the firm's Sorento SUV in every measurement but height--can drive 20 miles on electric power alone.

The motor sits between the engine and 8-speed automatic transmission, in much the same way as Honda's Integrated Motor Assist system. Power goes to all four wheels.

Like the car itself, the hybrid drivetrain is strictly a concept at this stage, though Kia does say they provide "thought-provoking ideas that may one day find their way into a production vehicle."

On the outside, several details catch the eye.

Among them, the sleek roofline, with multi-paneled skylights formed from hexagonal glass, leads into a clam-shell type tailgate.

The rear doors are rear-hinged in the "suicide" style, allowing better access to the large interior and its four individual bucket seats. They almost float within the cabin, but leather and re-harvested American walnut trim give the cabin a luxurious feel. Like any self-respecting concept car these days, most controls are accessed through a touch-screen system.

While not yet earmarked for production, the Cross GT Concept is further evidence that Kia is prepared to take the next step into making more premium vehicles.

On this evidence, the company is clearly looking into more advanced powertrains, too.

Head over to our Chicago Auto Show page for more news from the show.