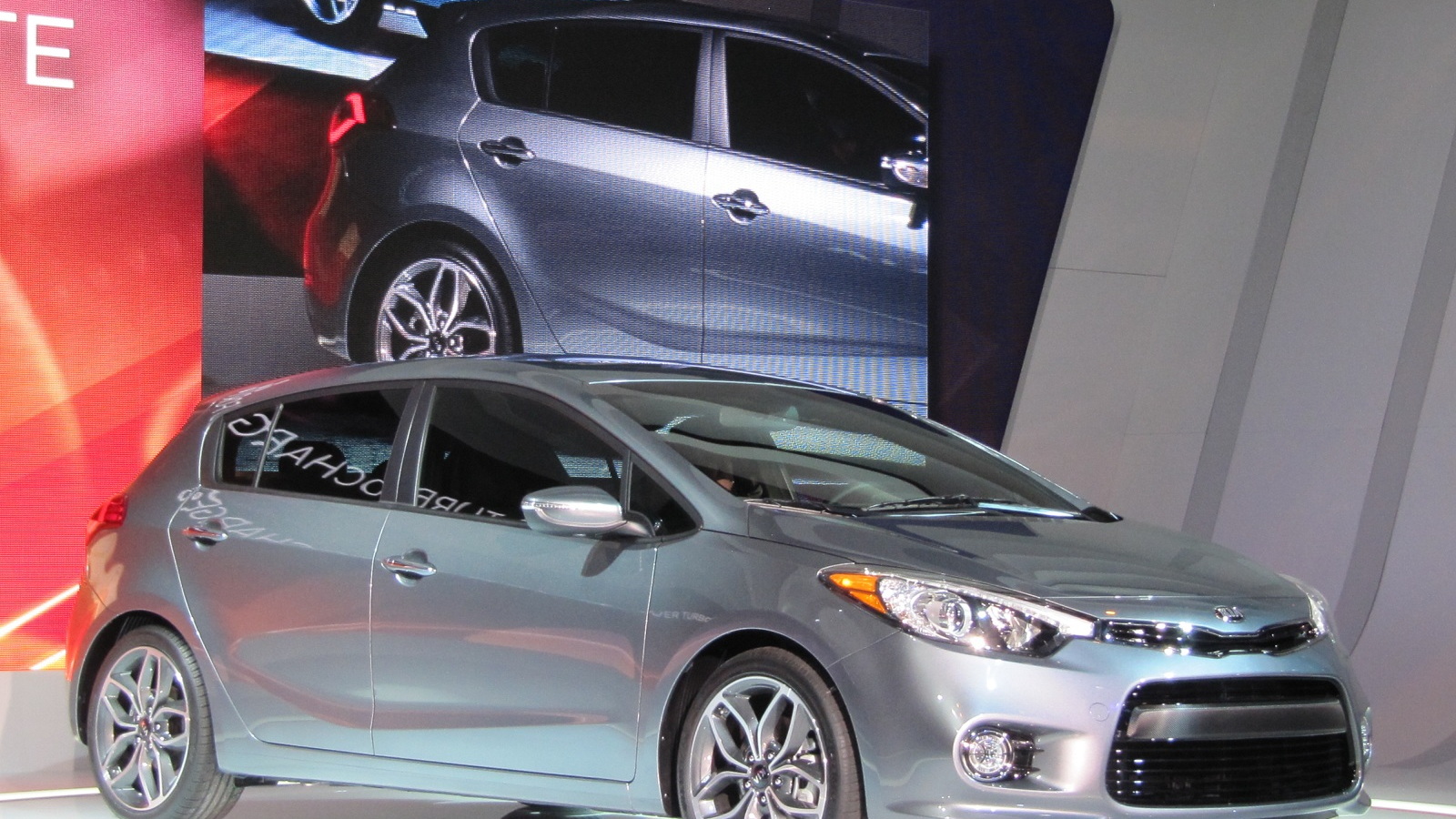 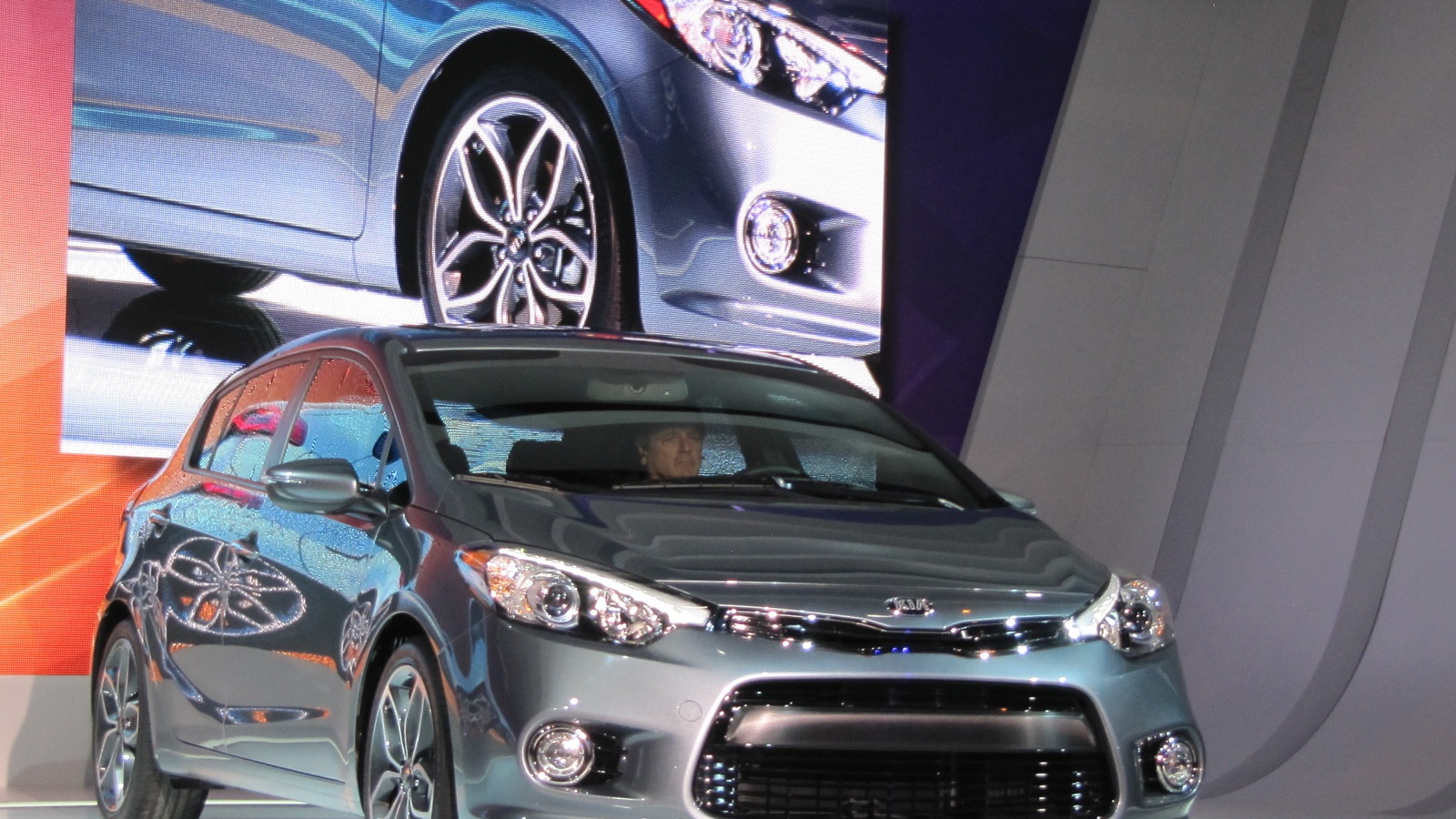 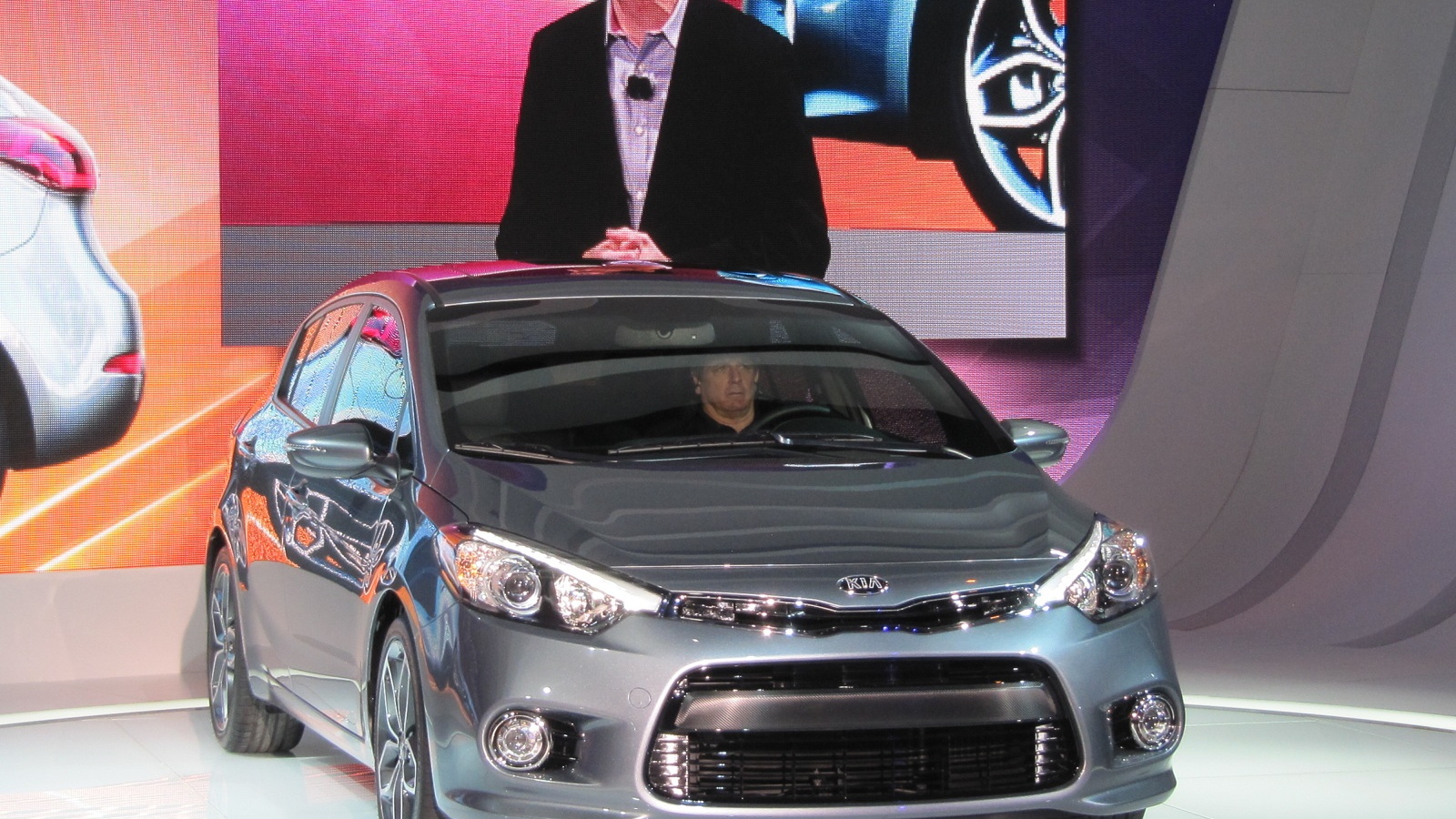 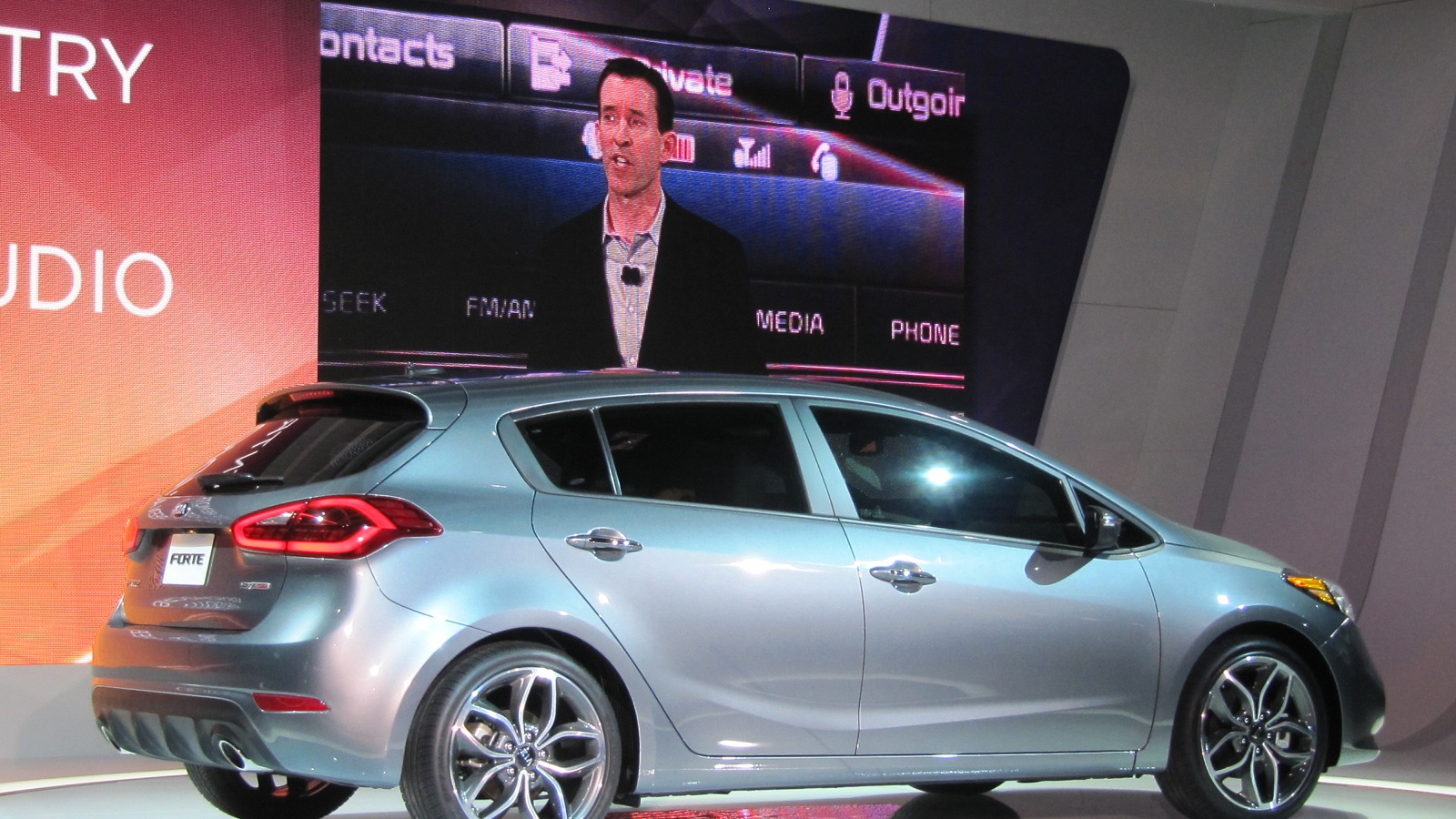 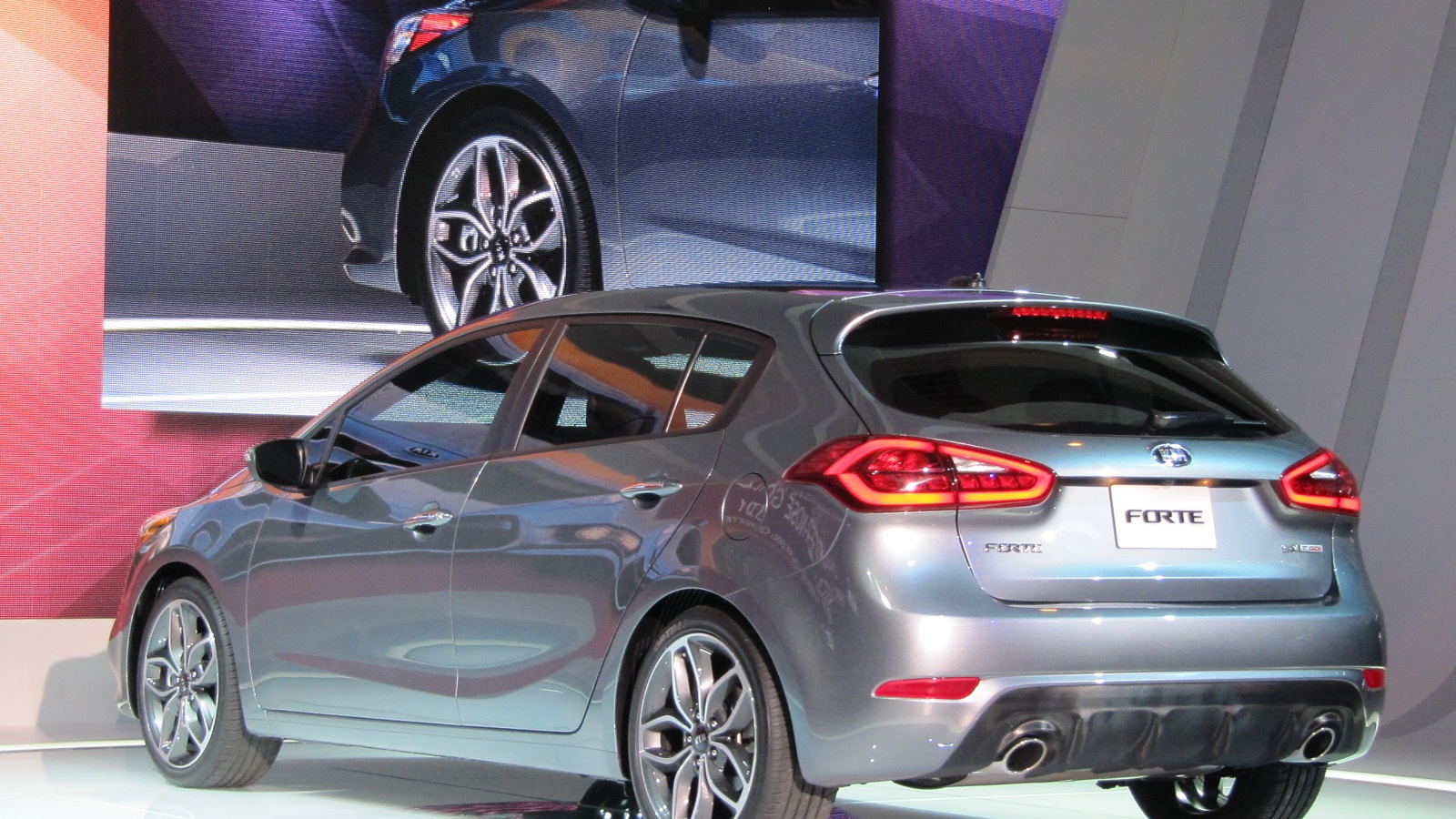 9
photos
It's a lot of fun attenting auto shows.

We get to see the latest cars the second they're unveiled, hear the reactions of other show-goers, and write about it to audiences eager to see where their next car is coming from.

But it's also hard work, which is why we rather appreciated Kia's offer of Bloody Marys and Mimosas at 10am, following their press launch.

Maybe that's just to make the copy flow more freely. It certainly makes the latest BMW a little easier on the eye.

Still, it provided respite from grabbing photos of the all-new 2014 Kia Forte 5-door hatchback, launched at the Chicago Auto Show this morning.

Kia's European-styled Forte goes head-to-head with rivals like the Ford Focus, Volkswagen Golf, and the Hyundai Elantra GT. On looks alone, it's a match for any of them.

Performance shouldn't be bad either, with the option of a 201-horsepower 1.6-liter turbo, and a naturally-aspirated 2.0-liter unit. Both feature gasoline direct injection, and while neither has official EPA figures yet, each should get around 30 mpg combined. We'll keep you updated.

In the images you can see the Forte 5-door's sleek new styling. Less visible is its large trunk and spacious interior, ready to compete with those European brands Kia is positioning itself alonside.

Kia says it expects the Forte 5-door to go on sale in the third quarter of 2013. Closer to that date, it'll reveal pricing and full specification details, including gas mileage.

You can see more coverage from the show on our Chicago Auto Show page. We promise coverage will maintain its usual high standards as the day goes along...