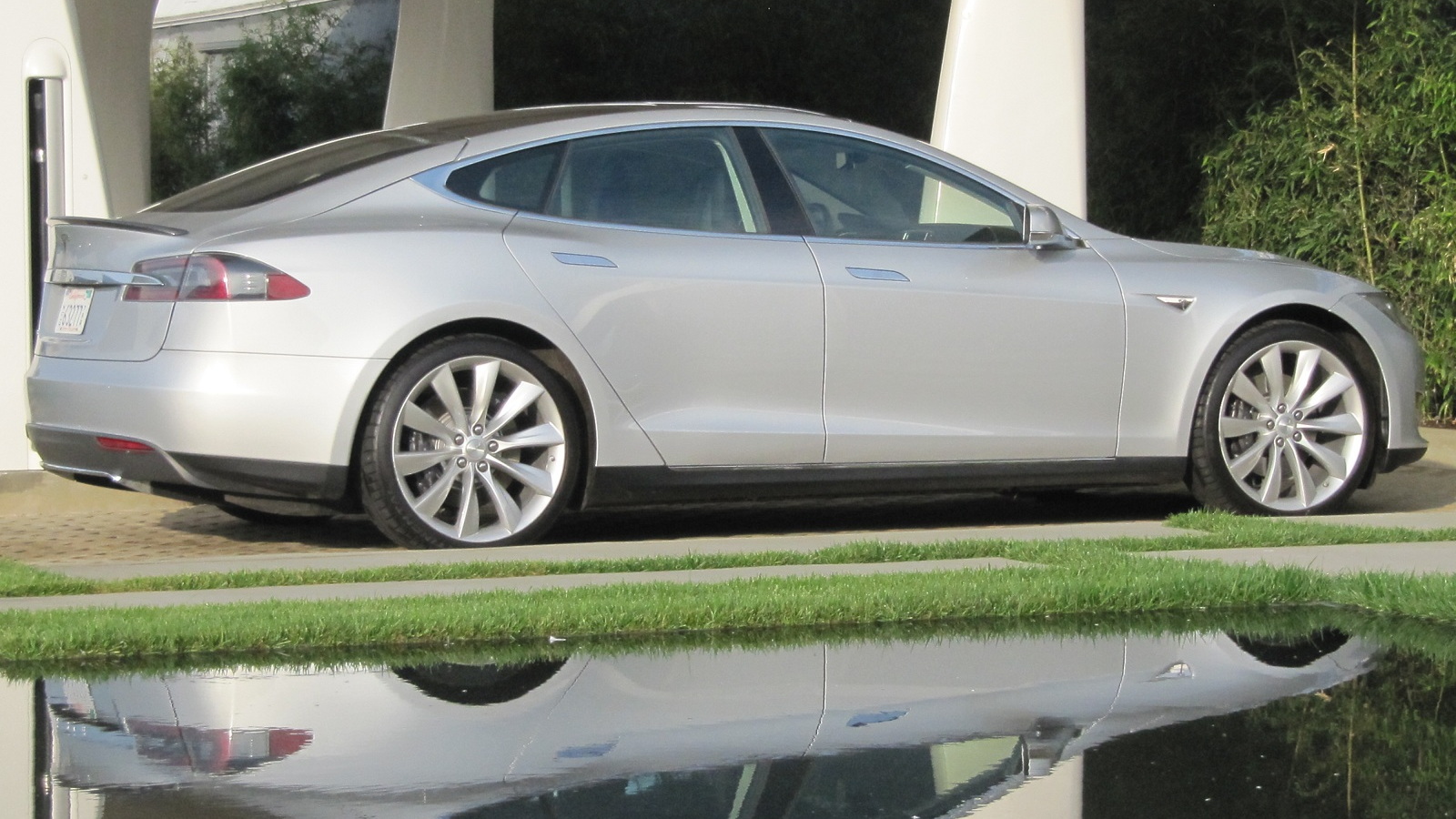 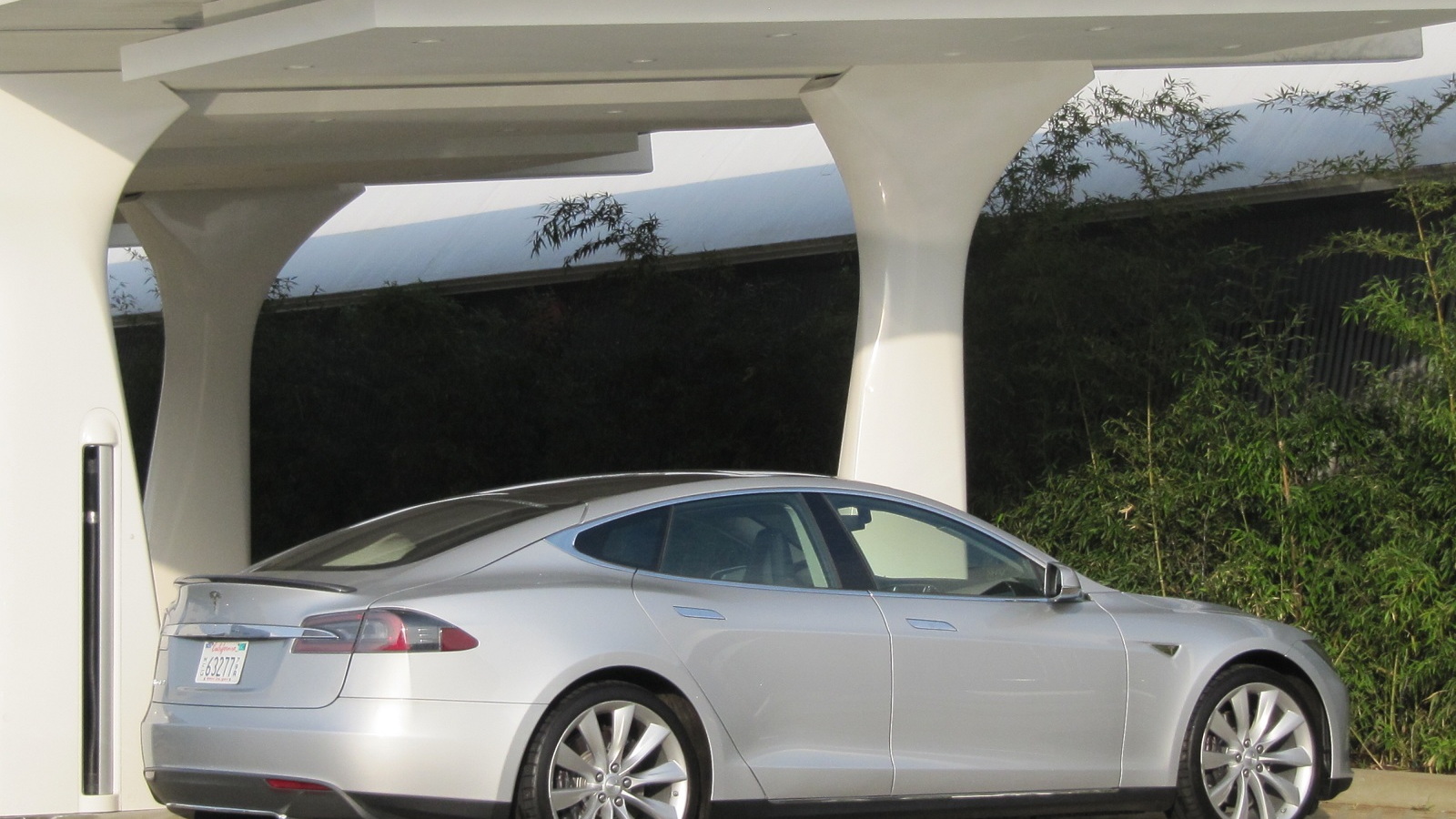 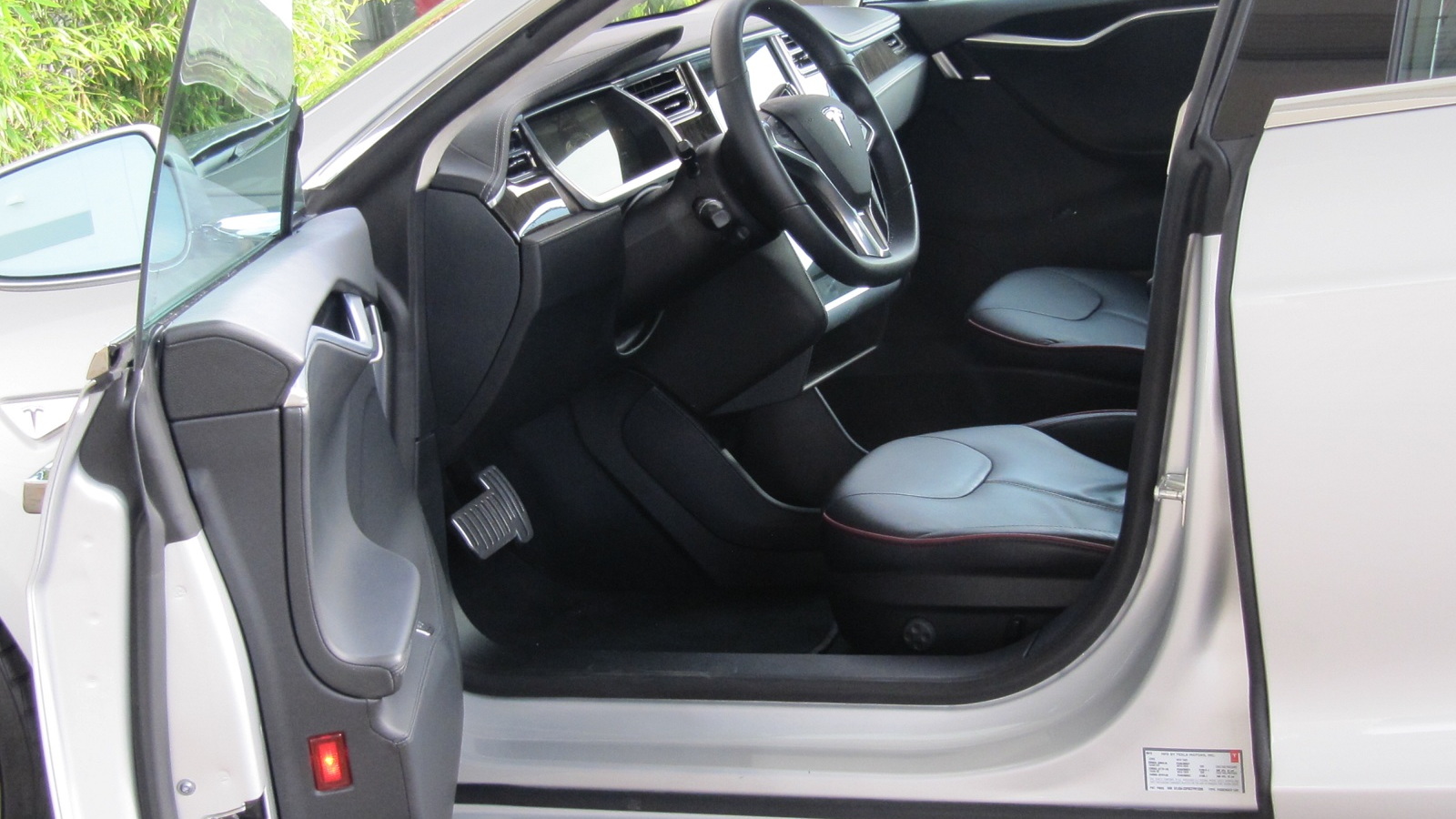 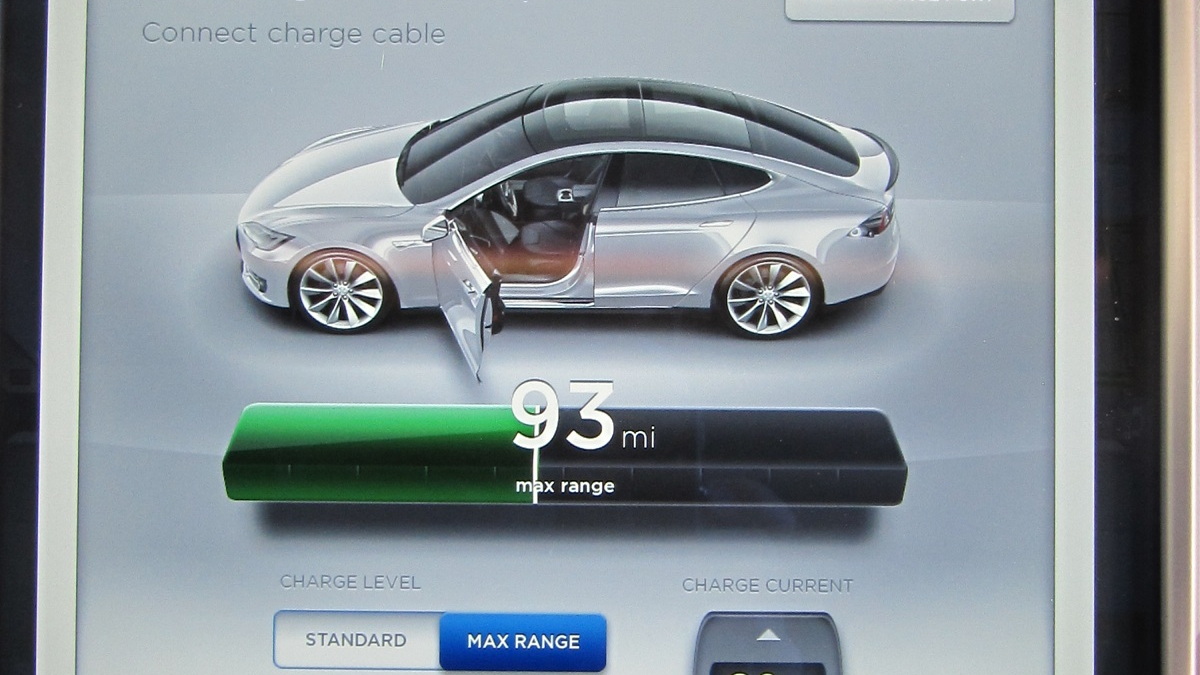 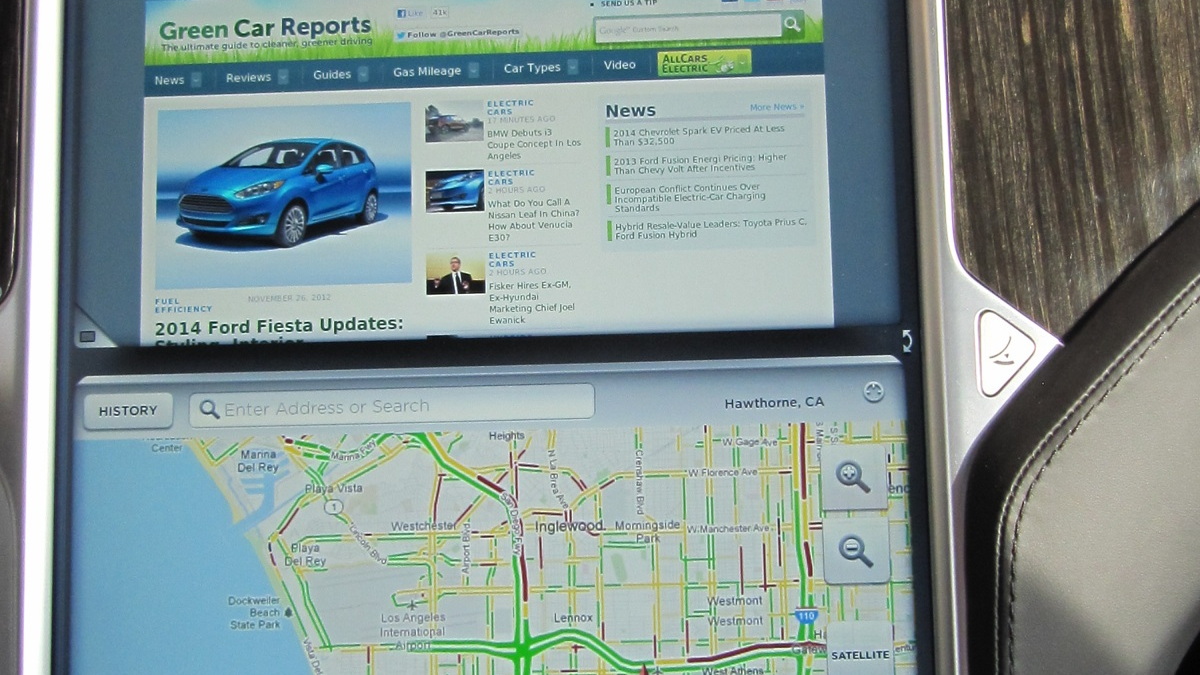 When you walk into a crowded deli in New York City, you take a number.

Rather than jostle in line and try to elbow (or charm) your way to the front, you take the number from the dispenser on the counter and wait till that number is called. First come, first served.  Even among rude, pushy New Yorkers, it works.

Each depositor was assigned a reservation sequence number, which represented the owner's  place in line, and, to a certain extent, his/her status in the pecking order for the award-winning Tesla Model S.

When I put my money down in April 2009, I received number P 717.  With the waiting list now approaching 18,000, I'm feeling pretty good about my place in the line to own what by all accounts is a remarkable car.

In addition to the 716 even-earlier-adopters before me, about 1,200 "Signature" customers  put down $40,000 deposits for the right to buy special-edition top-of-the-line cars before the standard P cars went into production.

I never begrudged the Signature owners in front of me--they certainly paid dearly for their right to jump the queue.

But now that all Signature cars have been delivered and P cars have been in production for more than a month, it turns out that the Tesla delivery system isn't working nearly as smoothly as your average New York deli.

The Agony and the Ecstasy

In many cases, production P cars are being delivered  way out of order--sometimes astonishingly so.

This naturally results in equal numbers of customers who are giddy at their unexpected early delivery and frustrated at a maddeningly delayed one.

Count me among the latter.

Just yesterday I saw a post on the Tesla owners' forum from an ecstatic Model S owner who'd just been notified his delivery would be in the first two weeks of February. That's essentially the same delivery window I've been given.

You know when this guy placed his order?  Last August 31! That's more than three years after I put down my money. He's number 11,601 in the queue.

"Essentially FIVE MONTHS from order to delivery!" the guy crowed.

He's not alone. A number of  cars with numbers above 5,000 have already been delivered. According to a Tesla Motors Club forum thread, an unofficial online forum, the highest number delivered as of December 31 was P 9935.

Meanwhile, owners with reservation numbers as low as P 631 have not yet received their cars, according to TMC.

"Reservation holders more than 3500 spots below me have gotten their VIN (a final step just before delivery)," moans one owner on the TMC forum. "Extremely frustrated."

I understand his frustration.

Why should a Johnny-Come-Lately who puts his money down for a few months on a sure thing get his car before a True Believer who gambled $5,000 back when the Model S was a pipe dream and Tesla was a company struggling to even stay alive?

Although there seems to be no rhyme nor reason for many of the out-of-order deliveries, the cause of my delay is clear: I've ordered my car with the mid-size 60-kWh battery.

So it continued to churn out 85-kWh production models, skipping over even low-number 60- and 40-kWh buyers like me.

Tesla has announced that 60-kWh production will begin this month, and 40-kWh production in March. The company seems to be in no particular hurry to do so, and who can blame them?

They'd prefer to sell as many of the more expensive 85-kWh cars as possible, as they try to overcome the cash crunch of production start-up.

Tesla Motors remains mum about the proportion of the various battery options in the order book, so it's unknown how many 40- and 60-kWh depositors have been passed over as 85-kWh production continues.

But there have been numerous non-sequential deliveries of 85-kWh  P cars as well. The reasons behind this seeming "delivery roulette" are a frustrating mystery for many owners.

Through it all, Tesla has been characteristically obtuse about the reasons for its out-of-order deliveries of production models.

There were similar problems with out-of-order Signature deliveries that spurred much grumbling among impatient owners. At the time, Tesla VP George Blankenship responded with an e-mail explaining that the problem was due to vendor delays and  changes or shortages of  certain interior decors and options.

"In some weeks," Blankenship wrote, "it meant we had to reach forward in the sequence order to find cars that were not impacted by a particular decor or option, and in some case the absence of a decor or option pushed cars back."

In his note to Signature owners, Blankenship acknowledged the importance of the sequence numbers.

Blankenship characterized Tesla's customer communication on the subject as "weak at best," and promised to do better.

But so far, Tesla has sent no such explanation to us production owners. (Or at least P 717 has not received one.)