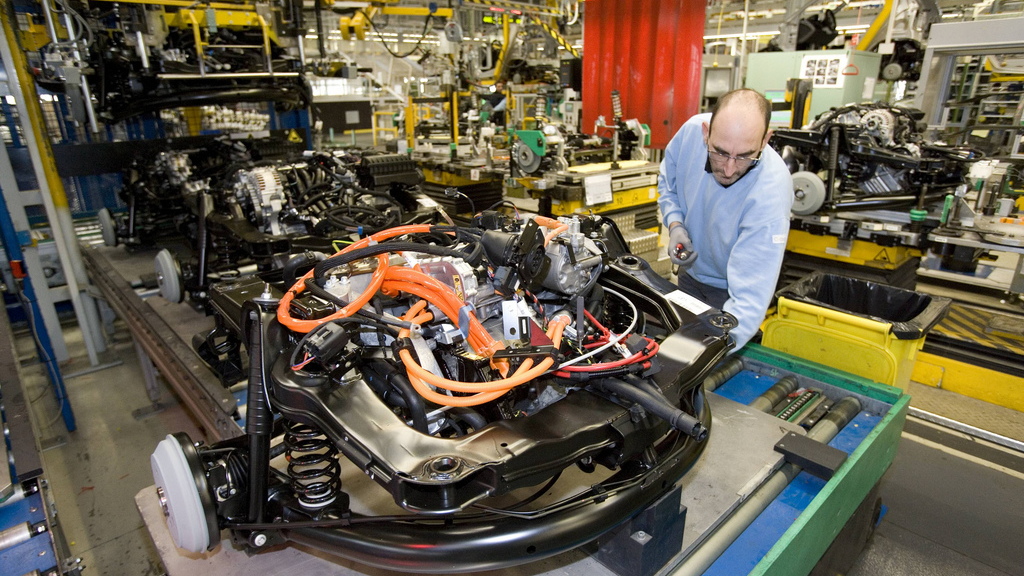 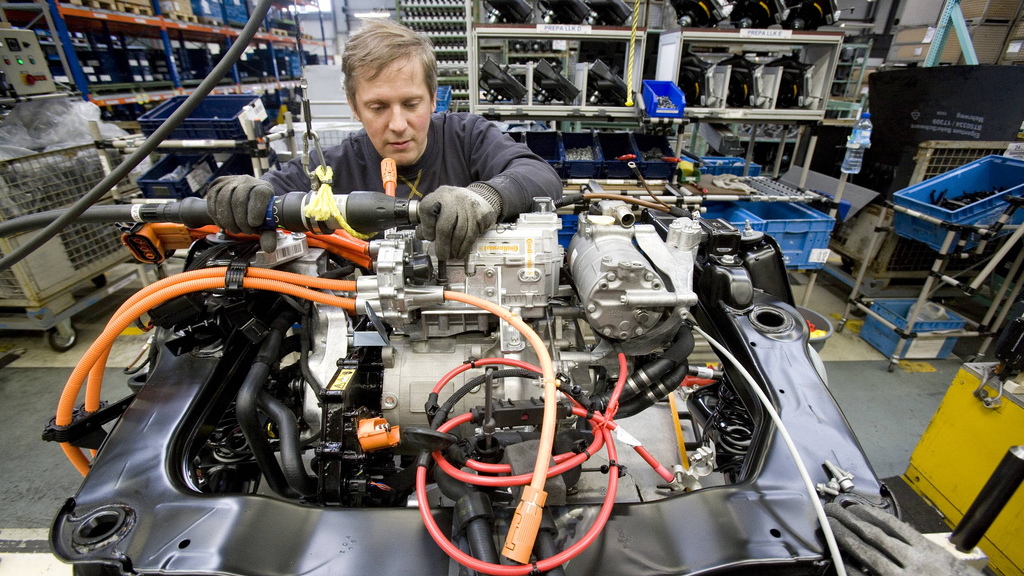 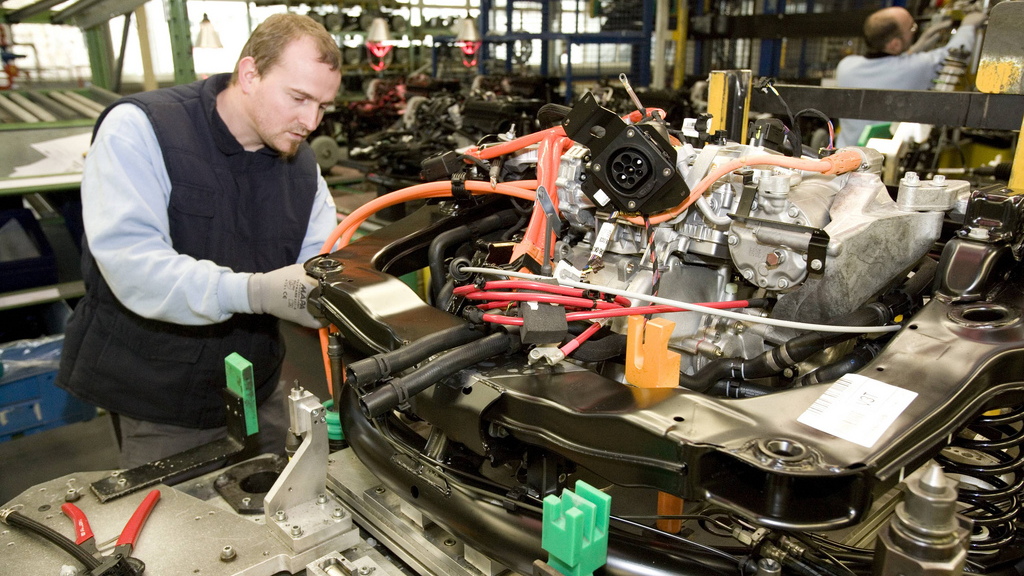 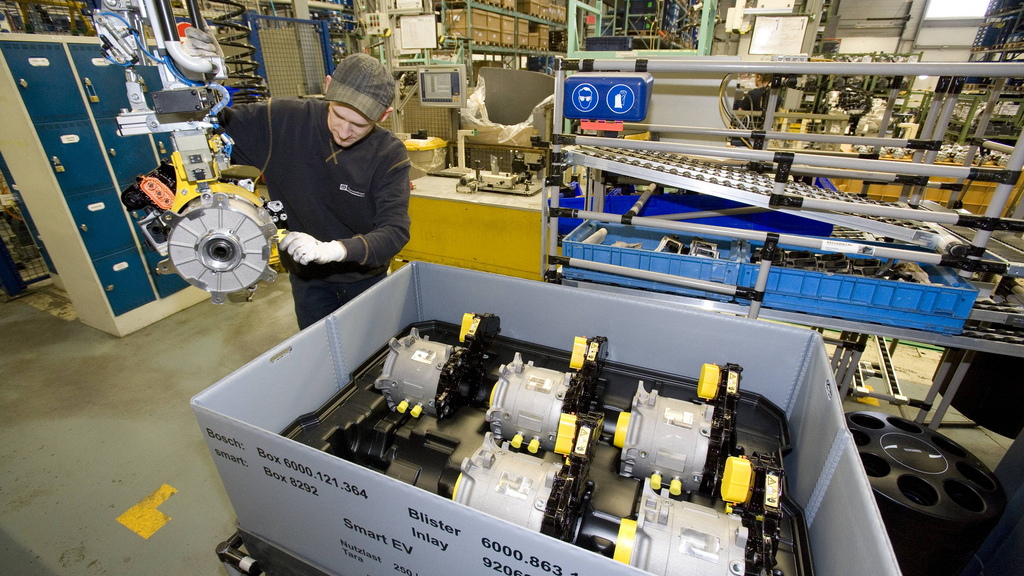 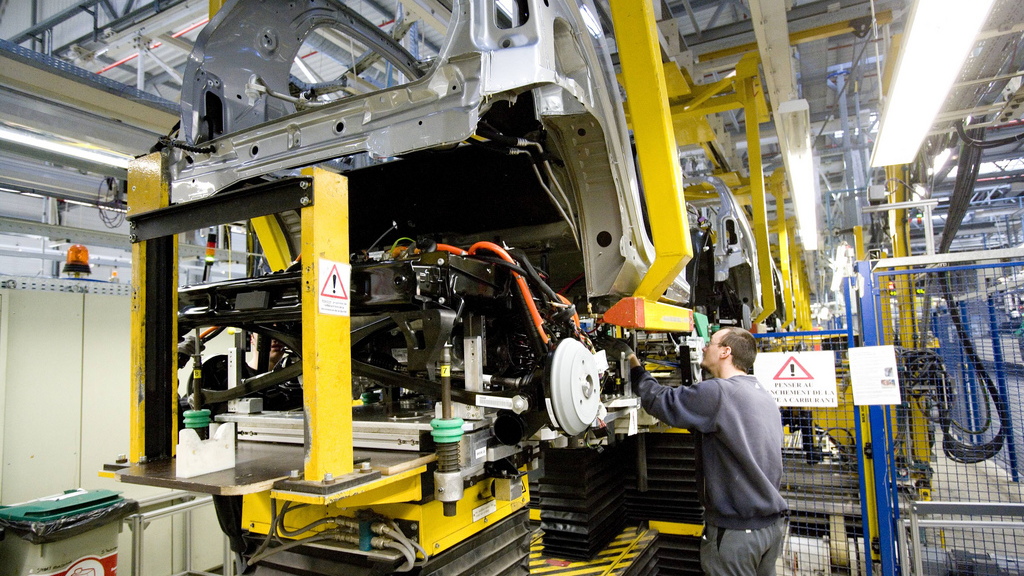 10
photos
If you read our reviews a few months back, you'll be aware that the 2013 Smart Fortwo Electric Drive is a much better car than its predecessors.

In third-generation form, it's quicker and has a greater range, but is now available to buy as well as lease--and it's the cheapest electric car on sale in the U.S.

Smart has always been a "green" company, and that continues with production of the third-generation Electric Drive, on the same line as its gasoline and diesel counterparts.

Green before it leaves the factory

The German automaker's factory is in Hambach, in eastern France. Known as "Smartville", the factory has long been one of Europe's cleanest plants.

Many of the car's part suppliers are on site, reducing transport to the plant. Energy-intensive painting is kept to a minimum, as most of the Fortwo's body panels are pre-colored plastic. Waste water is treated on-site, and even the exterior of the plant is clad in a fast-growing renewable wood.

Like the 2012 Ford Focus Electric, the Electric Drive model is being built on the same production line as other variants--a first for Smart.

This also reduces cost, complication and energy use. The company is able to work this way in the first place as engineers on the Fortwo developed the car to accept different powertrains from the start--so though many consider the Electric Drive an adapted model, it has in fact always been developed with electric drivetrains in mind.

As the photos show, workers on the line slot the batteries and electric drive system straight into the car on sub-frames, as they would the gasoline or diesel models also produced there.

Dr Annette Winkler, head of Smart, says of the production line, “Our plant “smartville“ already set milestones in innovative, environmentally friendly production technology at its foundation. We at smart are all very proud that our great team in Hambach now also is producing the first electric series car in Europe.”

That pride continues with the investment of more than 200 million Euros ($260.5 million) in the plant, towards the future of Smart--and the next-generation model thought to be unveiled some time later in 2013.

With just over 1,000 third-generation Electric Drives produced at the plant, Smart is still a relative minnow in the electric vehicle market--but every car produced is a success story for electric cars as a whole.