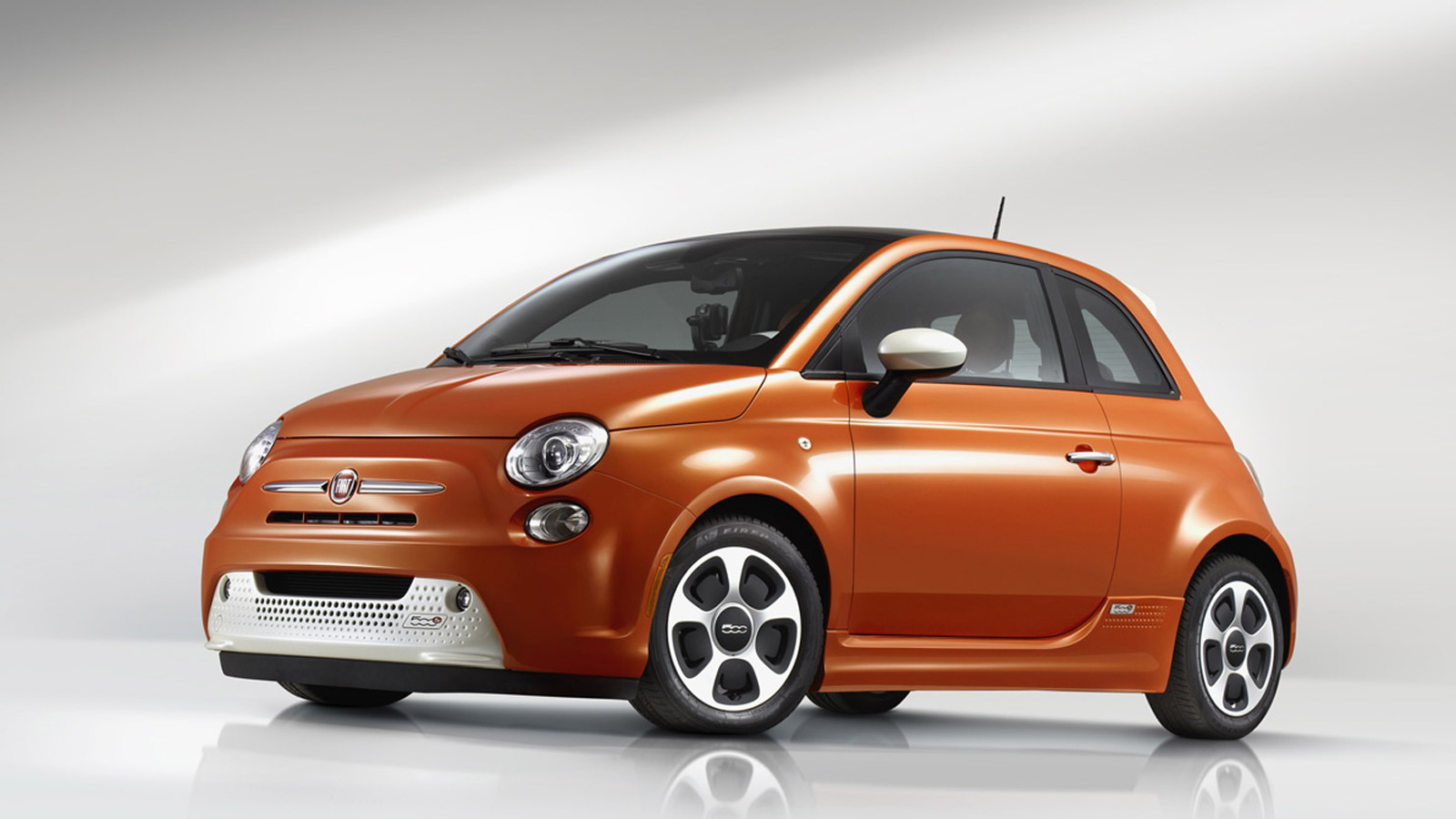 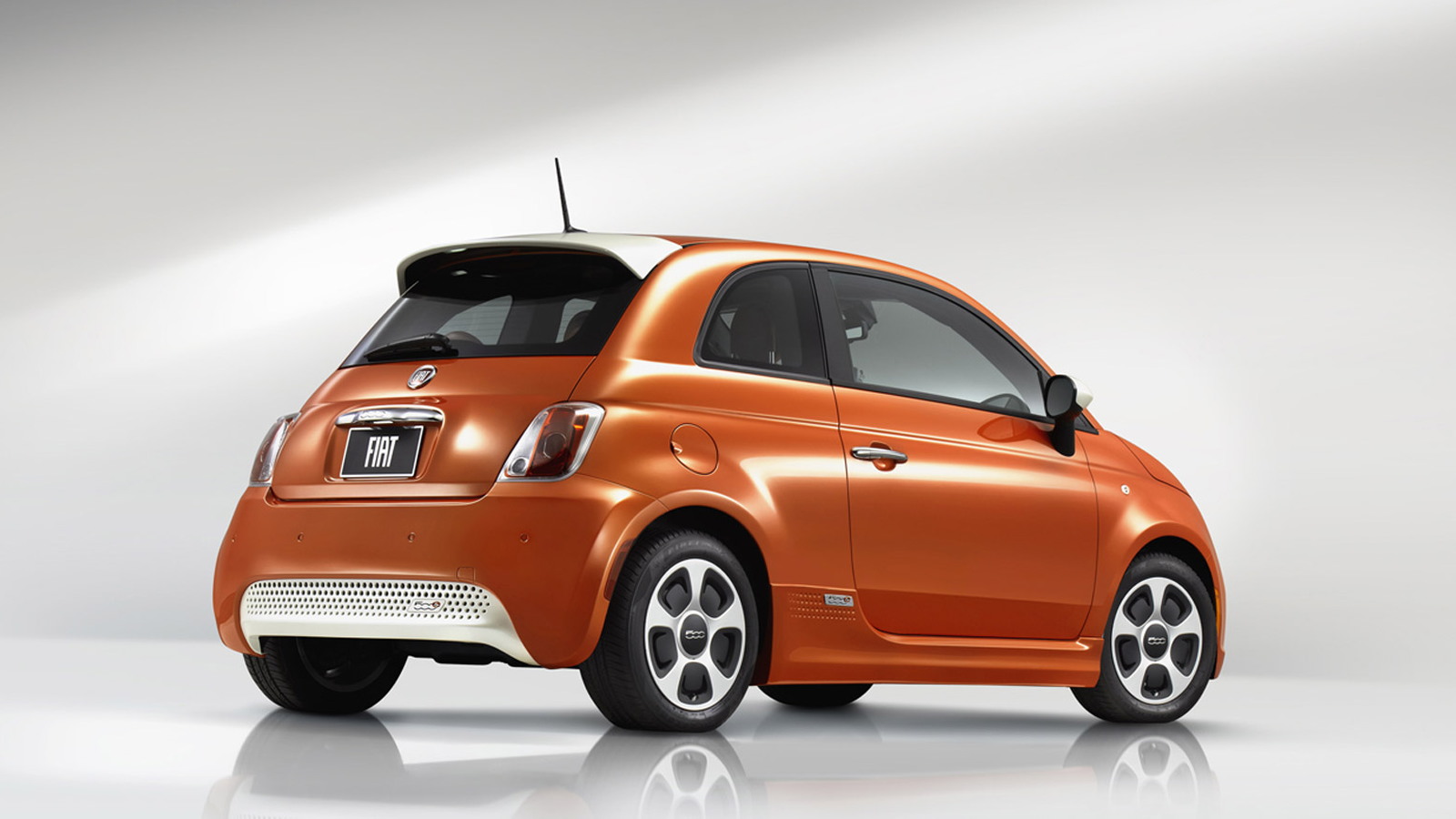 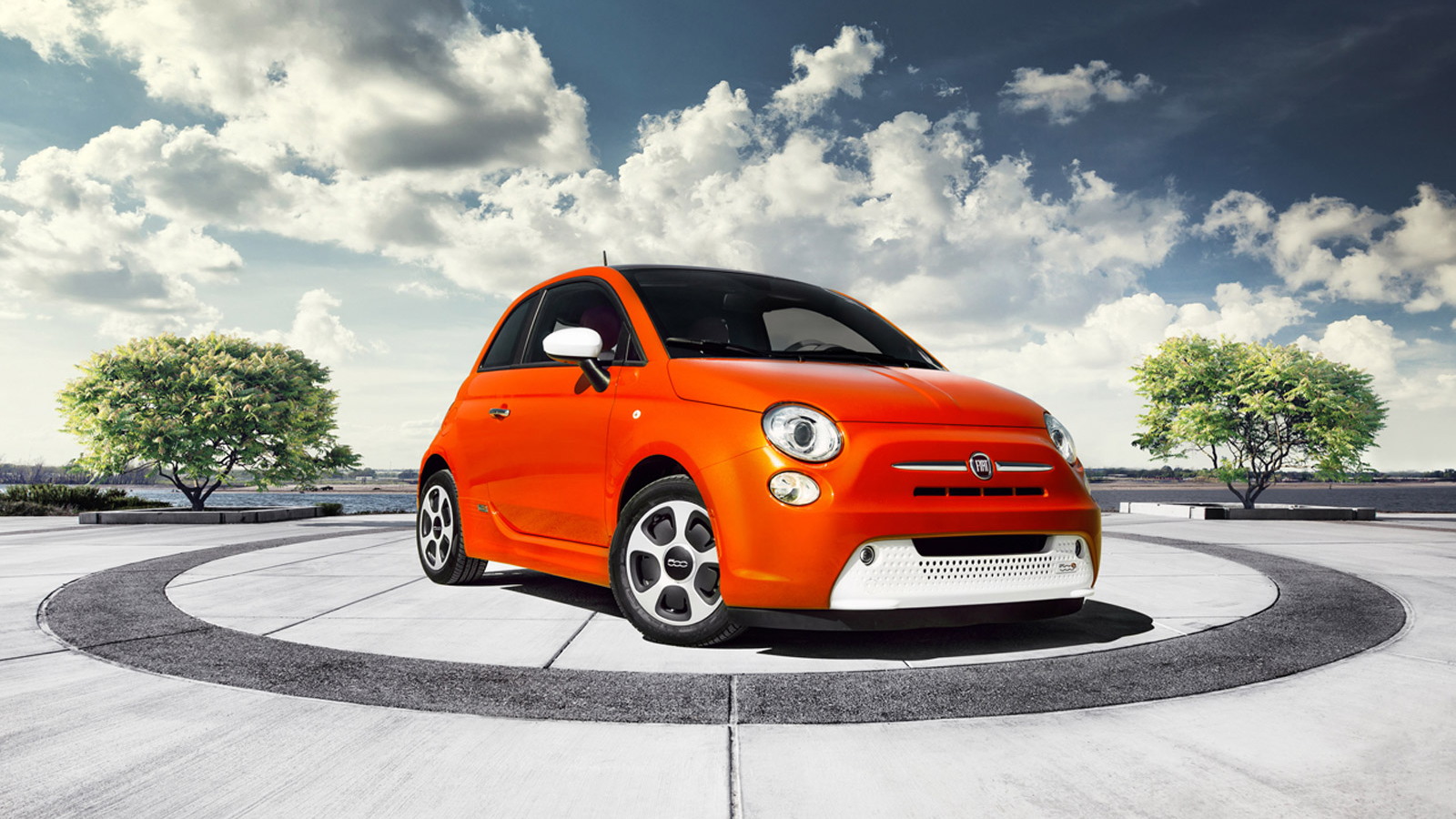 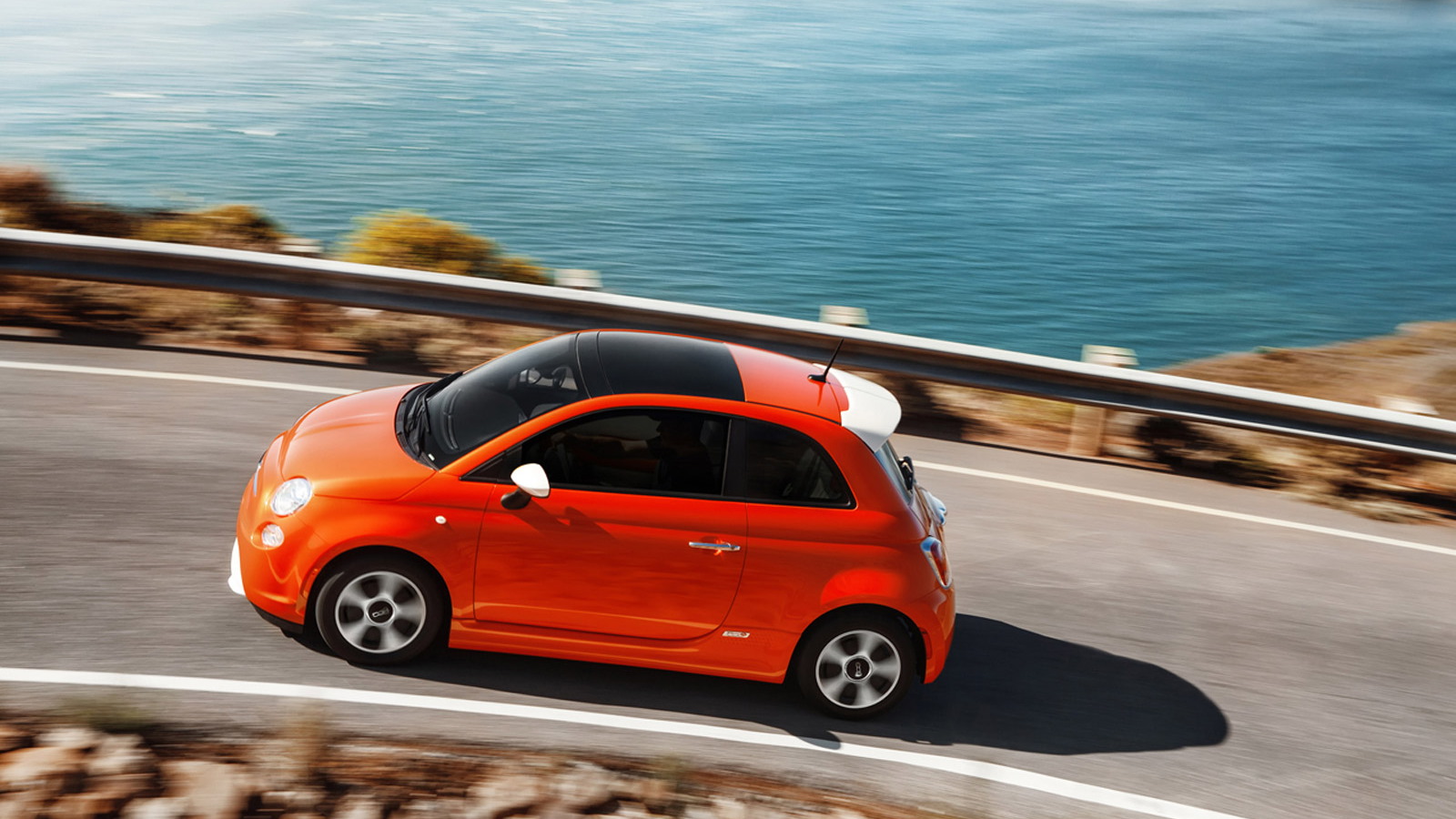 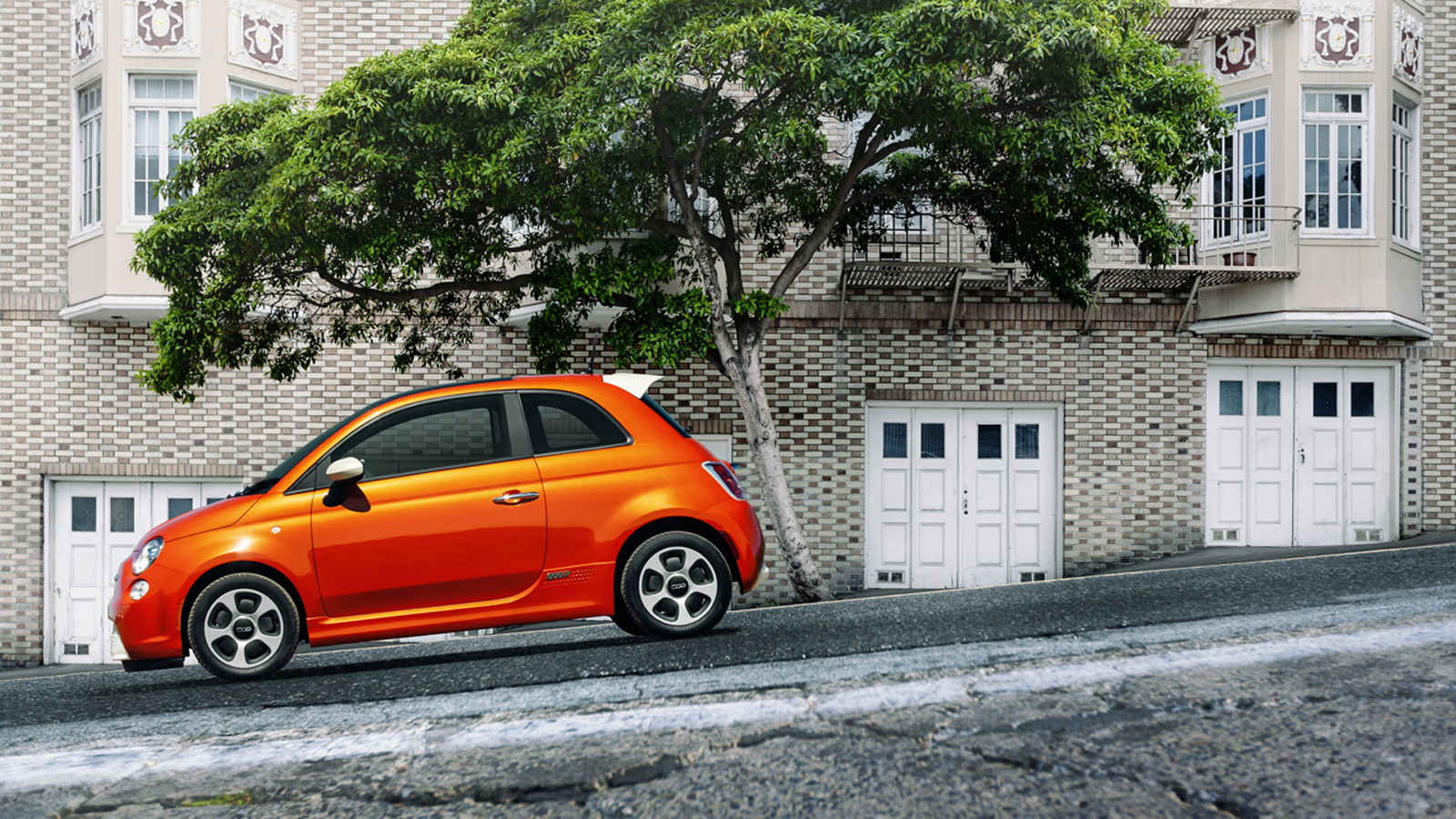 Later this morning, Fiat will unveil no fewer than four new models of its 500 minicar.

Among them will be the 500e, a limited production electric conversion of the hatchback that it really doesn't want to build--as company officials have said repeatedly.

It will be sold only in California, at least initially--not even in Italy, the spiritual home of the 500, or anywhere else in Europe.

An 83-kilowatt (111-horsepower) electric motor drives the front wheels through a single-speed gearbox. Its torque rating is 147 lb-ft.

The 24-kilowatt-hour lithium-ion battery pack--mounted largely under the rear seat and under the load bay--delivers a range of up to 80 miles.

Charging takes about 4 hours using a 240-Volt Level 2 charging station, which indicates a 6.6-kilowatt onboard charger.

The basic 500 has been modified with more aerodynamic front and rear bumper shields, side sills, and door mirrors. It also has a spoiler on its liftgate that helps smooth airflow coming off the back of the little three-door hatchback.

Those are all in service of reduced aerodynamic drag, which eats battery power at speeds above 45 mph or so.

Inside, the instrument cluster replaces gasoline-engine information with items like state of charge and power consumption. A new 7-inch display in the center stack provides vehicle status information, trip computer data, and more.

Options include an available TomTom navigation system that pairs to the 500's Blue&Me connectivity system.

Fiat hasn't yet released any pricing information, but the comparable 2014 Chevrolet Spark EV minicar will carry a base price of "less than $32,500," according to Chevy.

So the Fiat will likely be in that ballpark--even though Chrysler will lose $10,000 on each one it builds, again according to disgruntled CEO Sergio Marchionne.

Sales will start in California next summer.

The other models of the Fiat 500 that will be officially unveiled today are the Fiat 500L crossover--in two different versions--and the Fiat 500c Abarth, a version of its hot hatch but using the Cabriolet body style with the roll-back cloth roof.

For more information and all the news from the show, be sure to bookmark our Los Angeles Auto Show page.