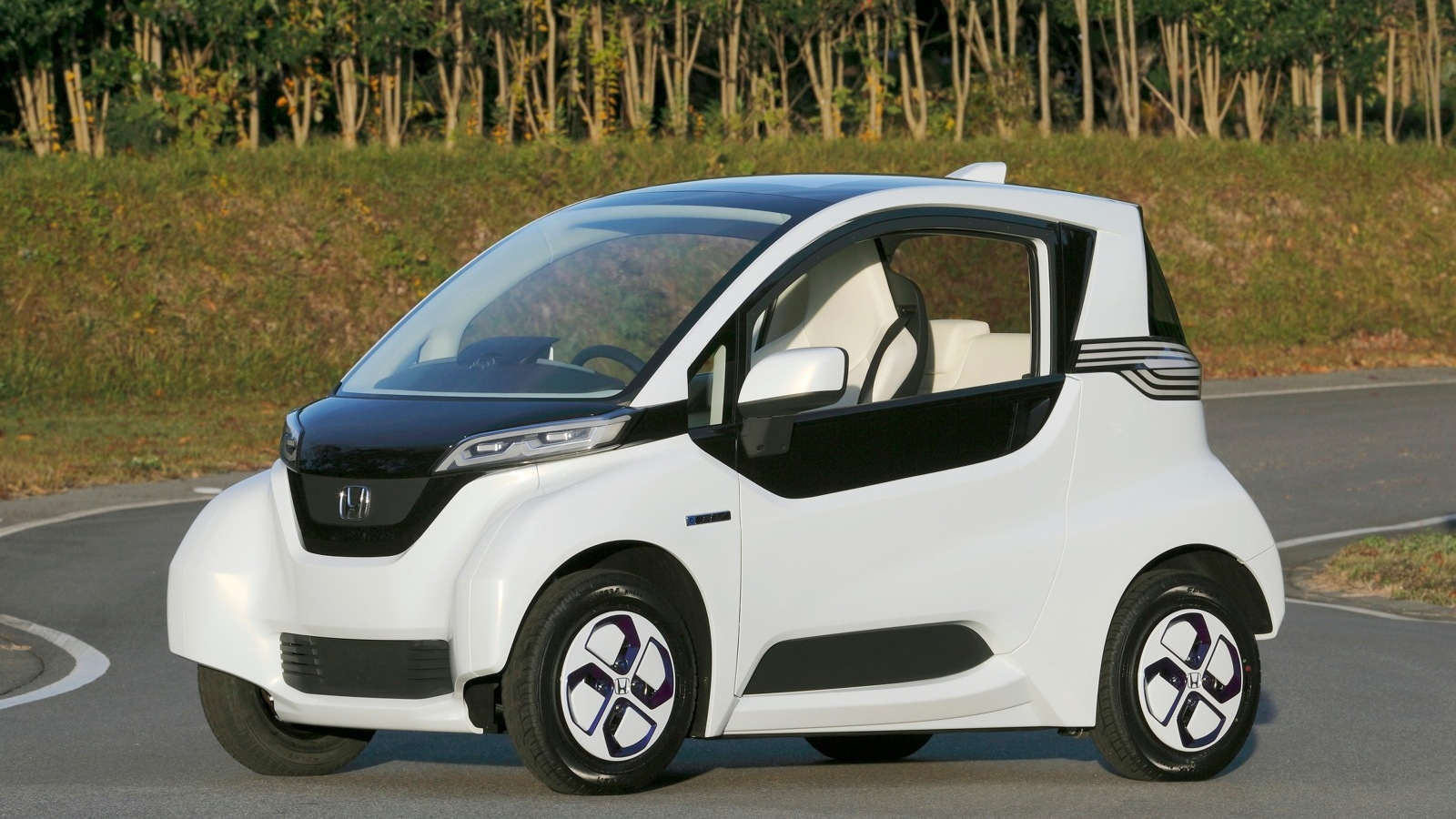 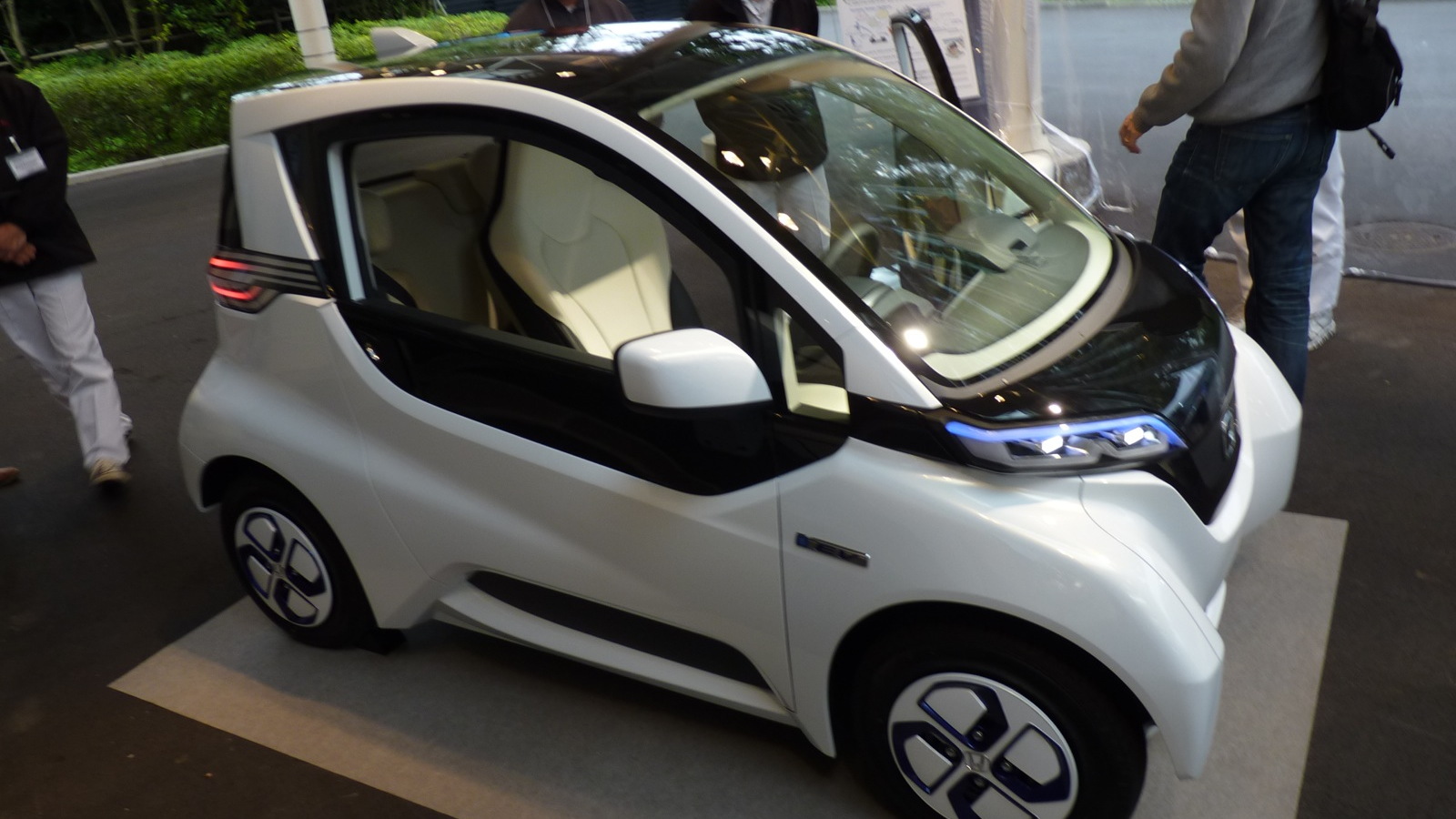 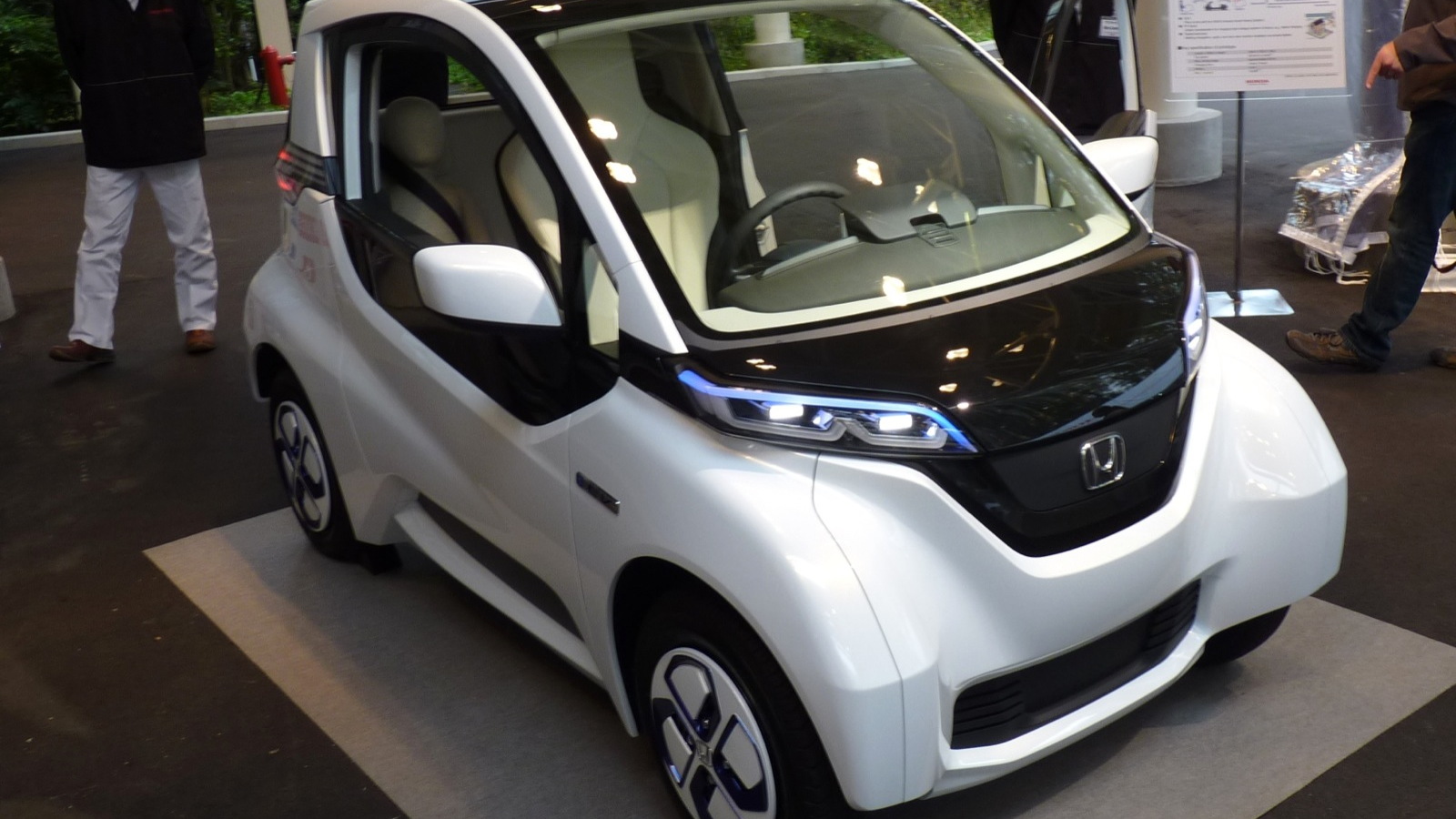 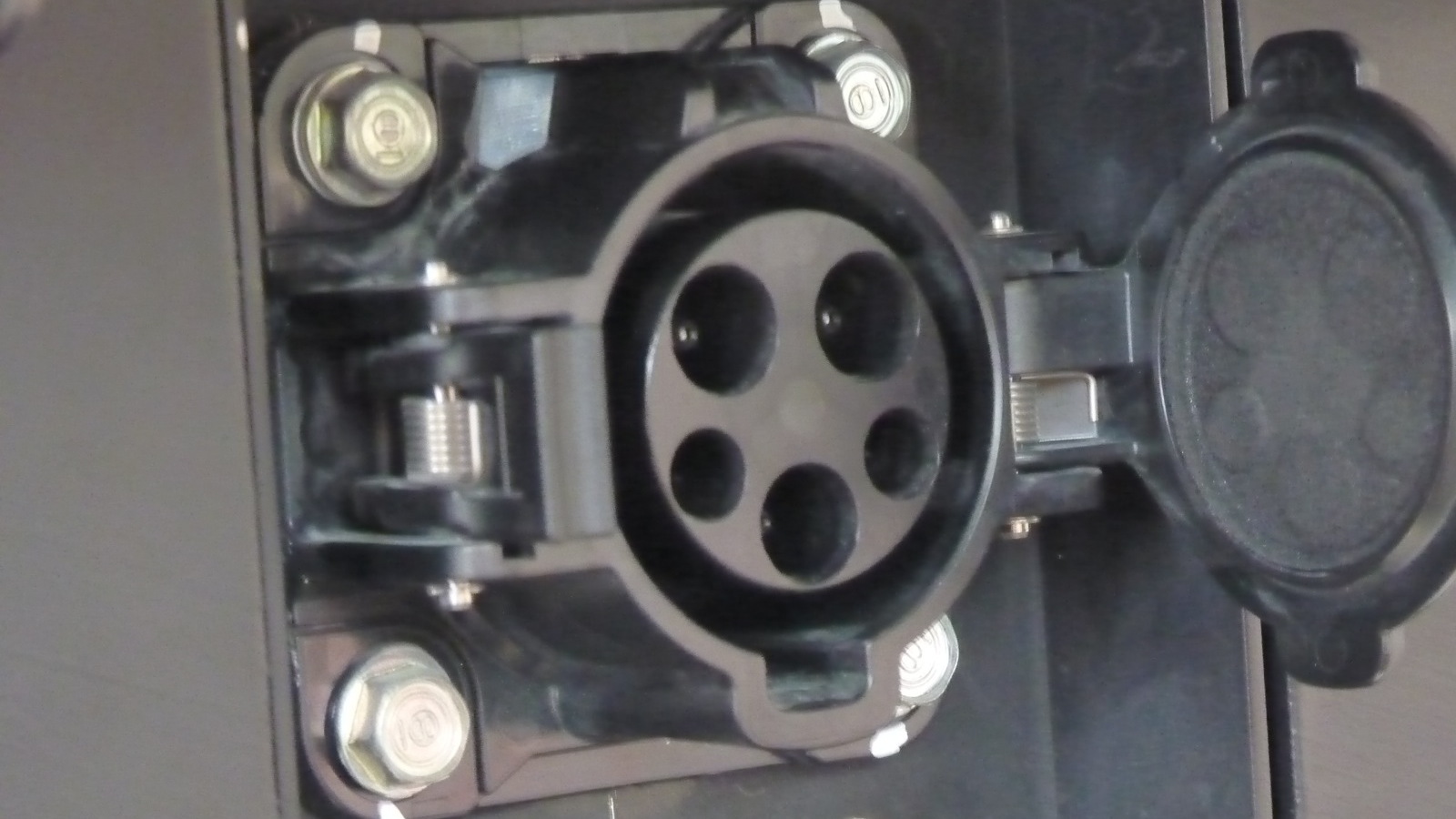 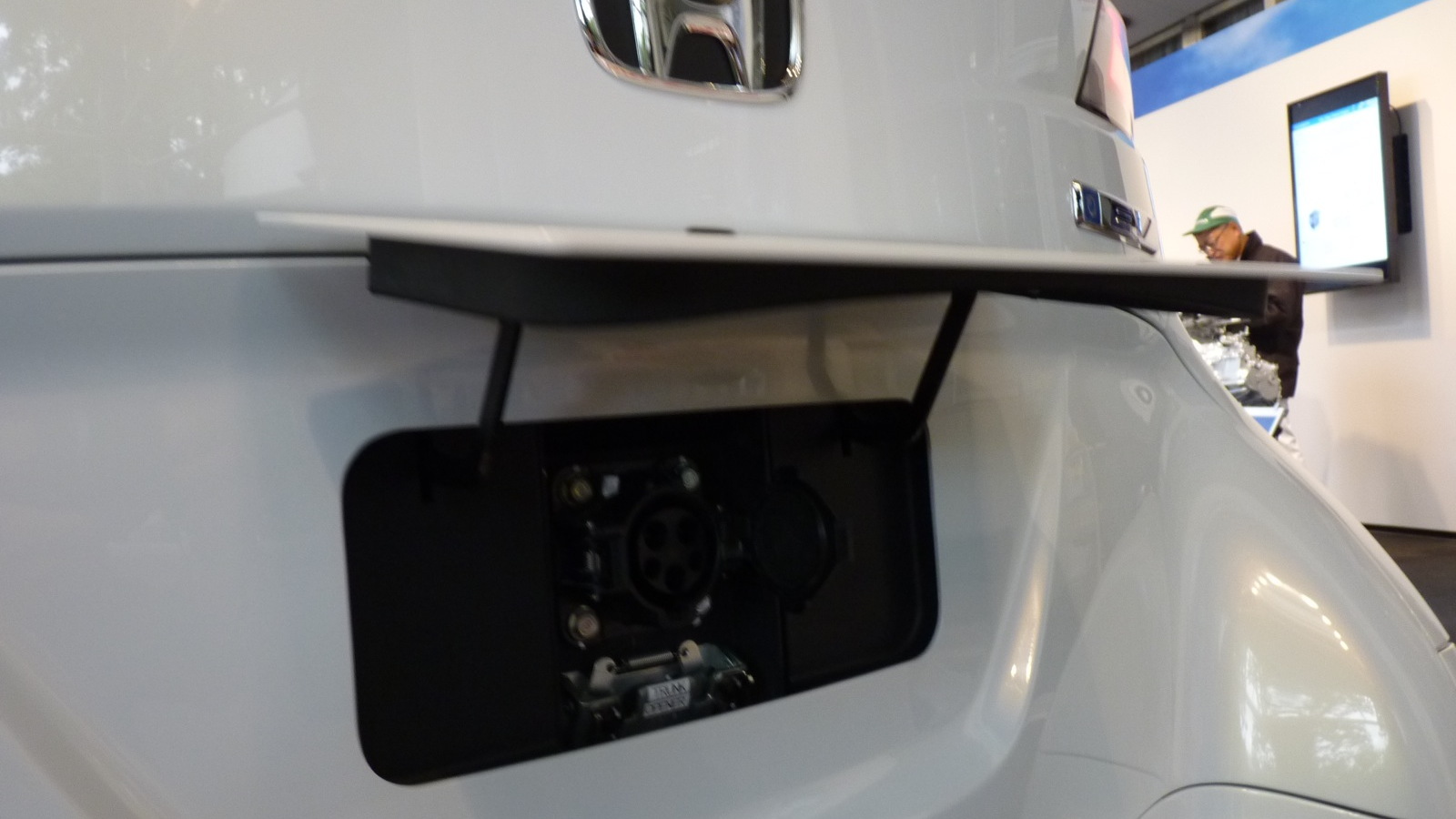 11
photos
How small can a vehicle get, and at a certain point is it better considered (and regulated as) a motorcycle…or some other kind of vehicle class altogether?

Although these are questions that we should likely consider in the U.S., they’re issues that Japan is evaluating right now. And with the new Micro Commuter Prototype that Honda revealed this week in Japan, we see that the automaker is serious about developing such a vehicle, making it practical and relatively safe, and packing some advanced green-energy ideas into it.

The Micro-Commuter Prototype, at just 98.4 inches long and 56.9 inches high, looks like a real car—albeit a very small one—from the side; but from the front its 49.2-inch width is rather shocking, giving it a different sense of proportion that’s from some angles, undeniably motorcycle-like. There’s no need for power steering, as the curb weight is perhaps closer to a motorcycle than to a car, at about 1,000 pounds.

It’s basically a one-person vehicle, although a very small back seat, almost immediately behind the driver’s seat, can seat two children or very small adults at outboard positions (Honda points to urban Tokyo mothers who might otherwise use a bicycle to run errands with their children). The main seat, however, is just as spacious as in any typical small car, and this lanky 6’-6” editor managed to fit just fine.

A small lithium-ion battery packaged under the floor of the Micro-Commuter Concept, while there’s a 15-kW electric motor at the rear wheels. Top speed is at least 50 mph, according to Honda, and charging time is less than three hours using 240 volts.

Honda is estimating a driving range of nearly 40 miles. That’s more than double the neighborhood electric vehicles) that are legal only for use in gated communities, campuses, and such.

Although we couldn’t yet drive the Micro-Commuter, Honda is calling it a fully operational prototype and will begin demonstration testing of it in Japan in the first half of next year.

The aim of the project, which is part of an initiative for the Japanese government, isn’t just to create another vehicle class but to look at how to increase short-distance mobility for those with small children, or for senior citizens. Use of such a vehicle could even be expanded to car-sharing services, home delivery services, or some kinds of commuting, says Honda, and it’s also looking to expand Europe’s L7 motorcycle category to include a vehicle like the Micro-Commuter.

One aspect of the Concept that still may carry over to the Prototype is the idea of removable panels, permitting a quick-and-easy color change.

A tablet-based dashboard—that stays with the driver, not the car

The Micro-Commuter Prototype has no conventional dashboard displays. Through a removable Samsung Galaxy (Android-based) tablet computer that clicks neatly into a port just behind the steering wheel, Honda was able to design a completely customizable vehicle interface, with conventional speedometer, charge, and driving range displays, along with other integrated navigation, audio, and backup-camera functions. And the car’s solar-panel roof can fully charge the tablet so that you can remove it and use it on the go, at the office or at home. The automaker is also working on supplementing vehicle charging itself with the roof cells.

Honda plans to offer an advanced V2H (vehicle to home) system with the Micro-Commuter Prototype—one that would link with the Honda Smart Home System for energy management, allowing the vehicle to contribute its power in natural disasters or power outages, as well as to simply help save money or reduce strain on the power grid during peak times.

Would this micro-mini ever come to the U.S.? Based on the reaction from Honda officials, definitely not. But there are a number of good ideas in this prototype that we expect to see in some of Honda’s other small cars and electric vehicles quite soon.