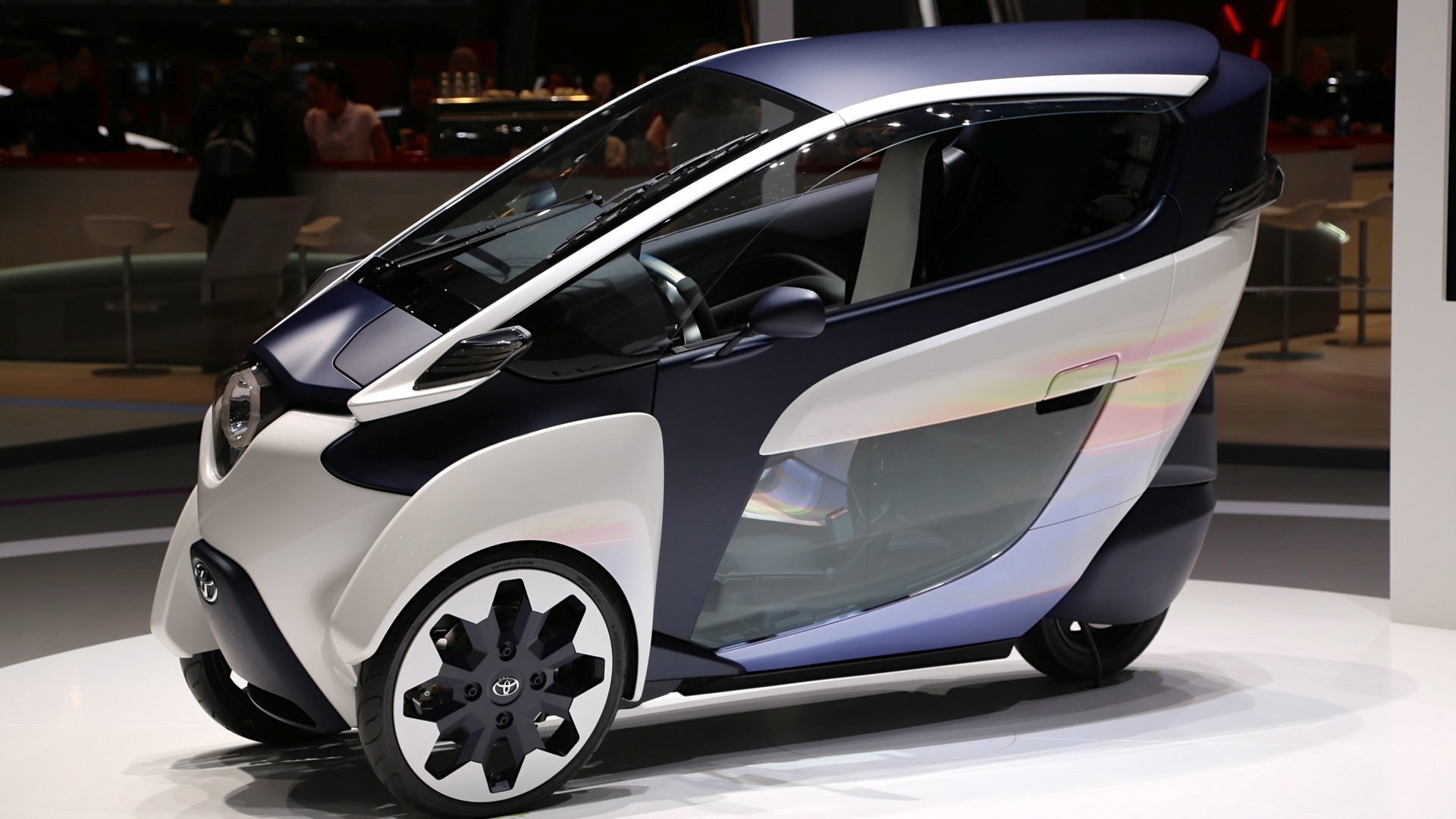 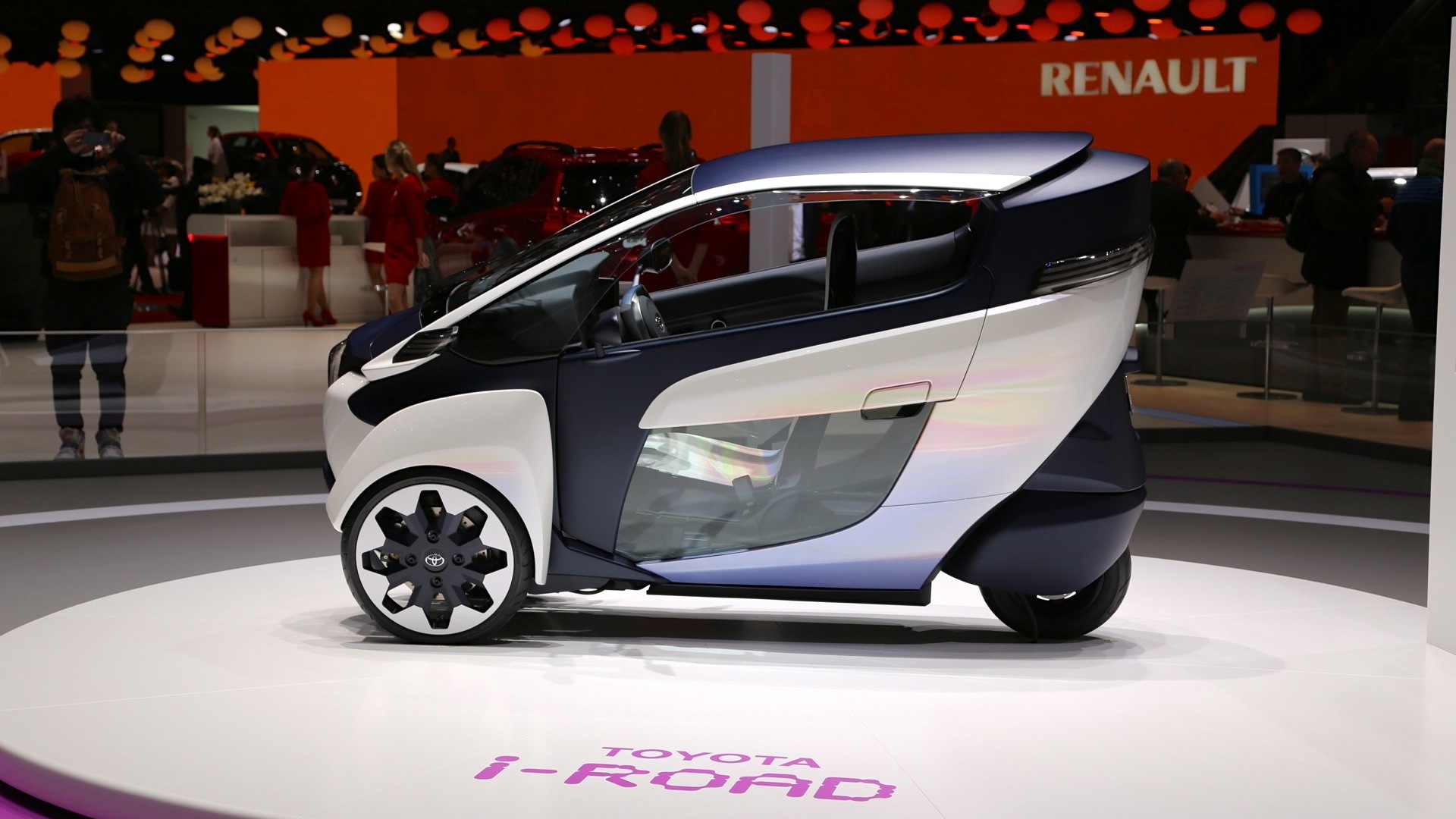 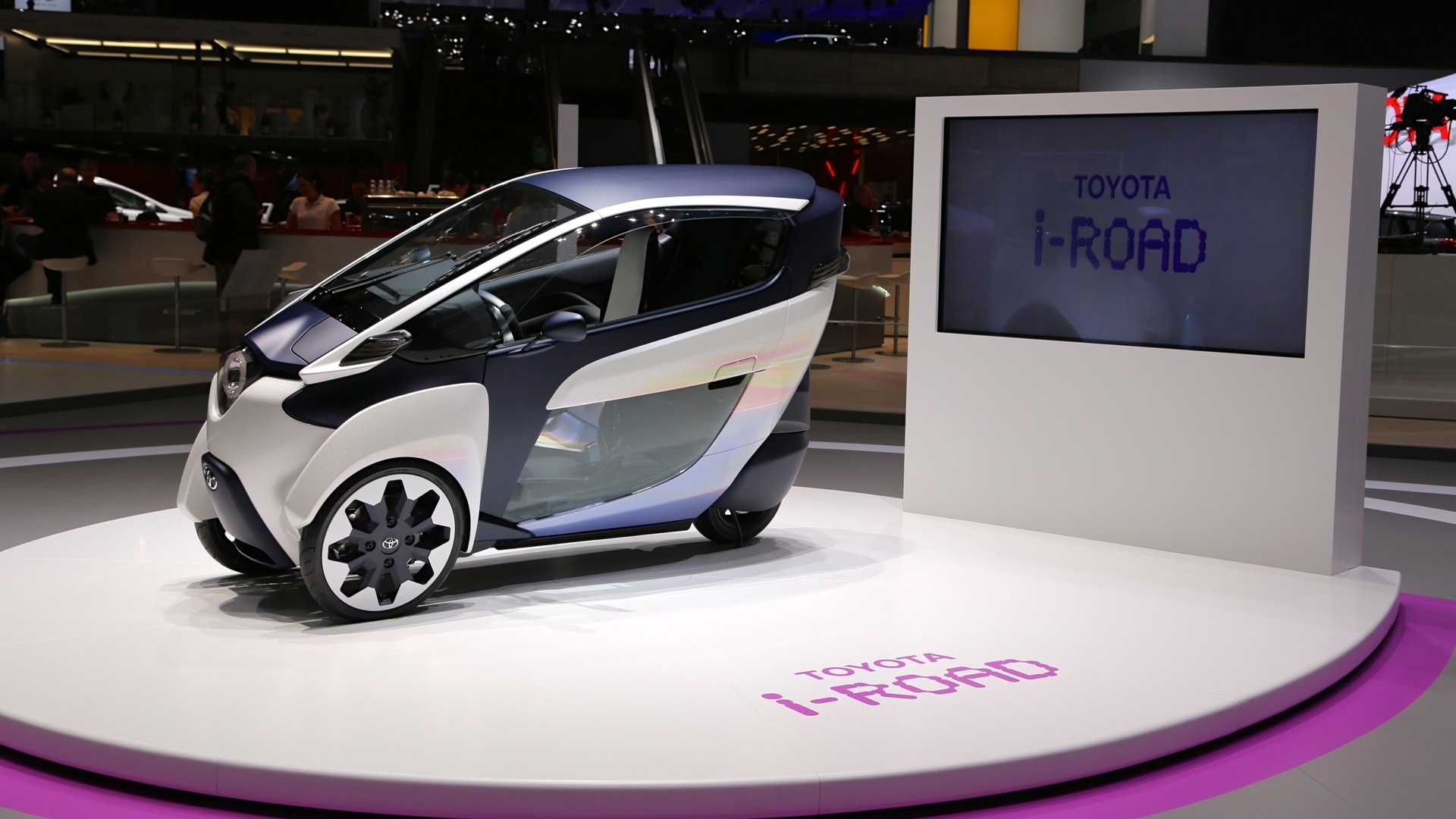 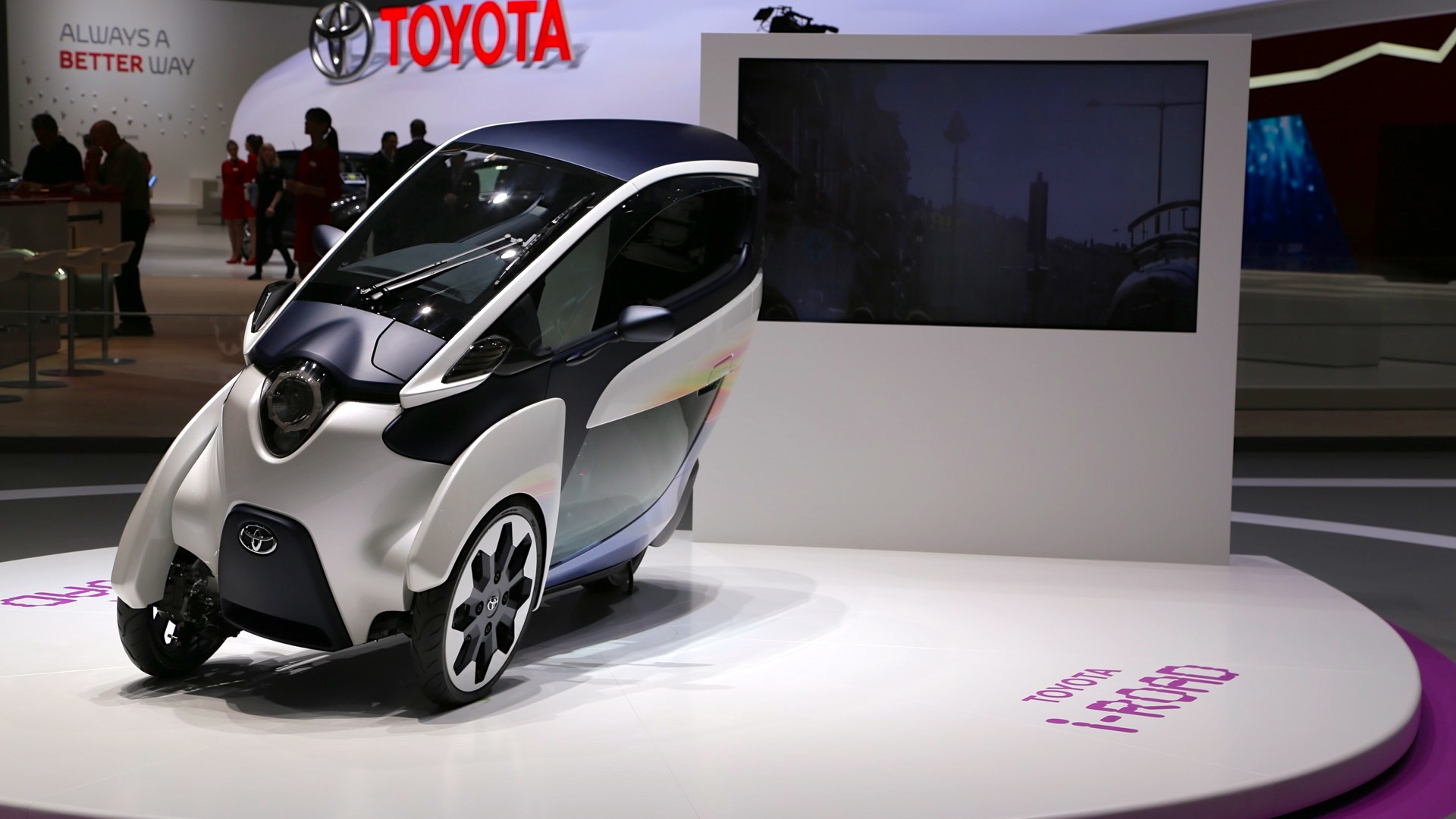 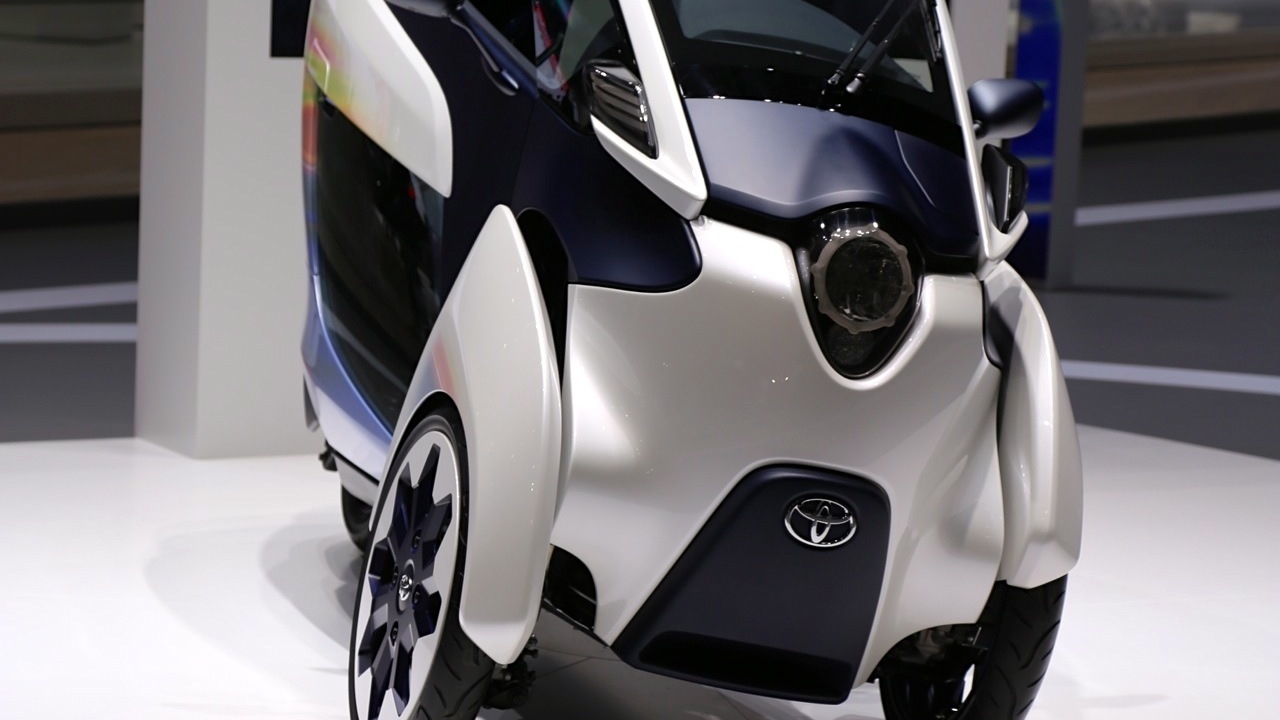 15
photos
The annual Geneva Motor Show is a haven for weird and wonderful concept vehicles, and one of the strangest this year is the Toyota i-Road concept.

The i-Road is described by Toyota as "a new form of transport", designed as an easy-to-maneuver, zero-emissions form of inner-city transport.

We've heard that brief before, of course. It's the reason Smart exists, and Renault already has such a car in production, in the form of the Twizy.

The three-wheeled Toyota offers some advantages over either of these vehicles though.

For a start, it's narrower than the Smart Fortwo. At just over 33 inches wide, it's no more portly than the average two-wheeled vehicle, allowing it to slip through gaps that regular cars wouldn't attempt.

That makes it narrower than the Twizy too, though the i-Road's second ace card is its fully-enclosed cabin, sparing you the weather-beating you'd get in a Twizy in poor conditions. Like the Twizy, it has two seats, positioned in tandem.

Like the motorcycles its width emulates, the i-Road also leans into corners, endowing it with the sort of stability that may not be possible from a rigid upright vehicle. Based on the steering input, an ECU calculates an appropriate degree of lean, moving either front wheel up or down depending on the corner.

The system can also account for bumpy roads, keeping the vehicle level as it drives along. It can turn around in under ten feet, and unlike a motorcycle the driver need not put their feed down when stationary--the vehicle self-stabilizes.

The i-Road's powertrain is modest, but suitable for the city conditions it's designed for. Two 2 kW electric motors (that's just over 5 horsepower total) send power to the front wheels, and a small electric battery pack provides enough juice for 30 miles of running. A charge, says Toyota, takes three hours from a standard outlet--given the Geneva launch, we're guessing that refers to a 220-240V European outlet.

As you might imagine, there are no plans for a production i-Road as yet.

Check out our full Geneva Motor Show page for more launches, photos and information from the show.