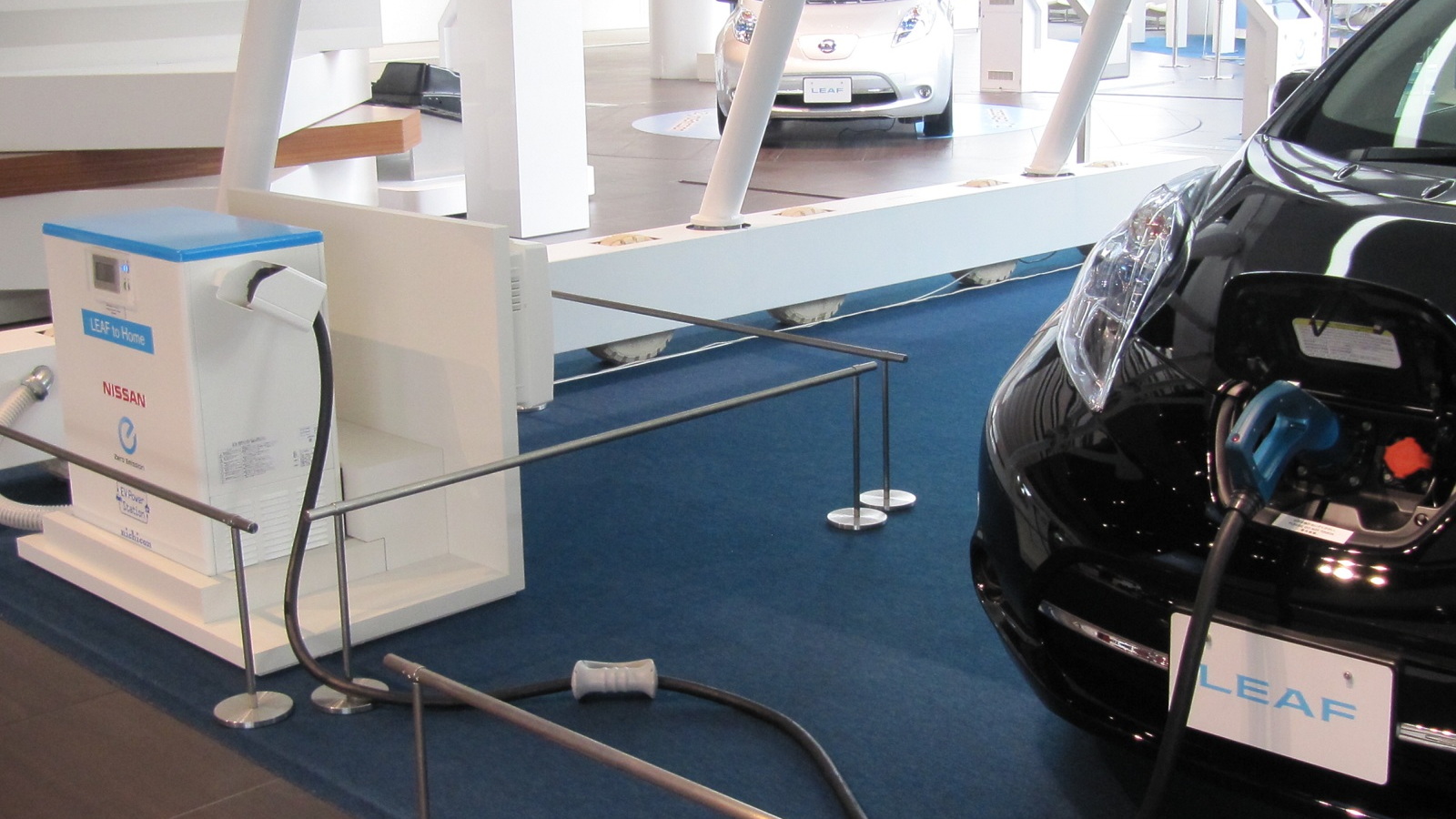 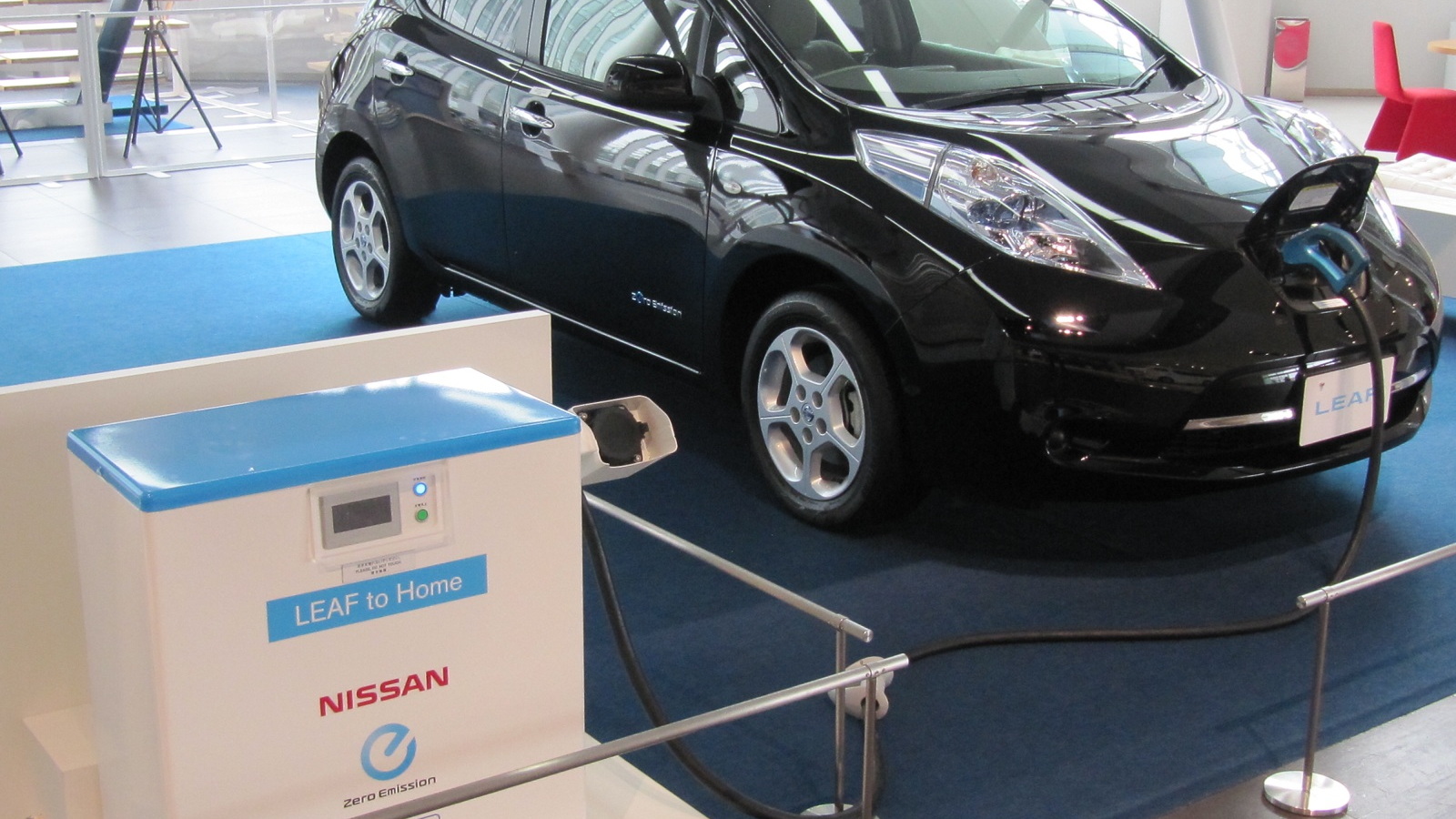 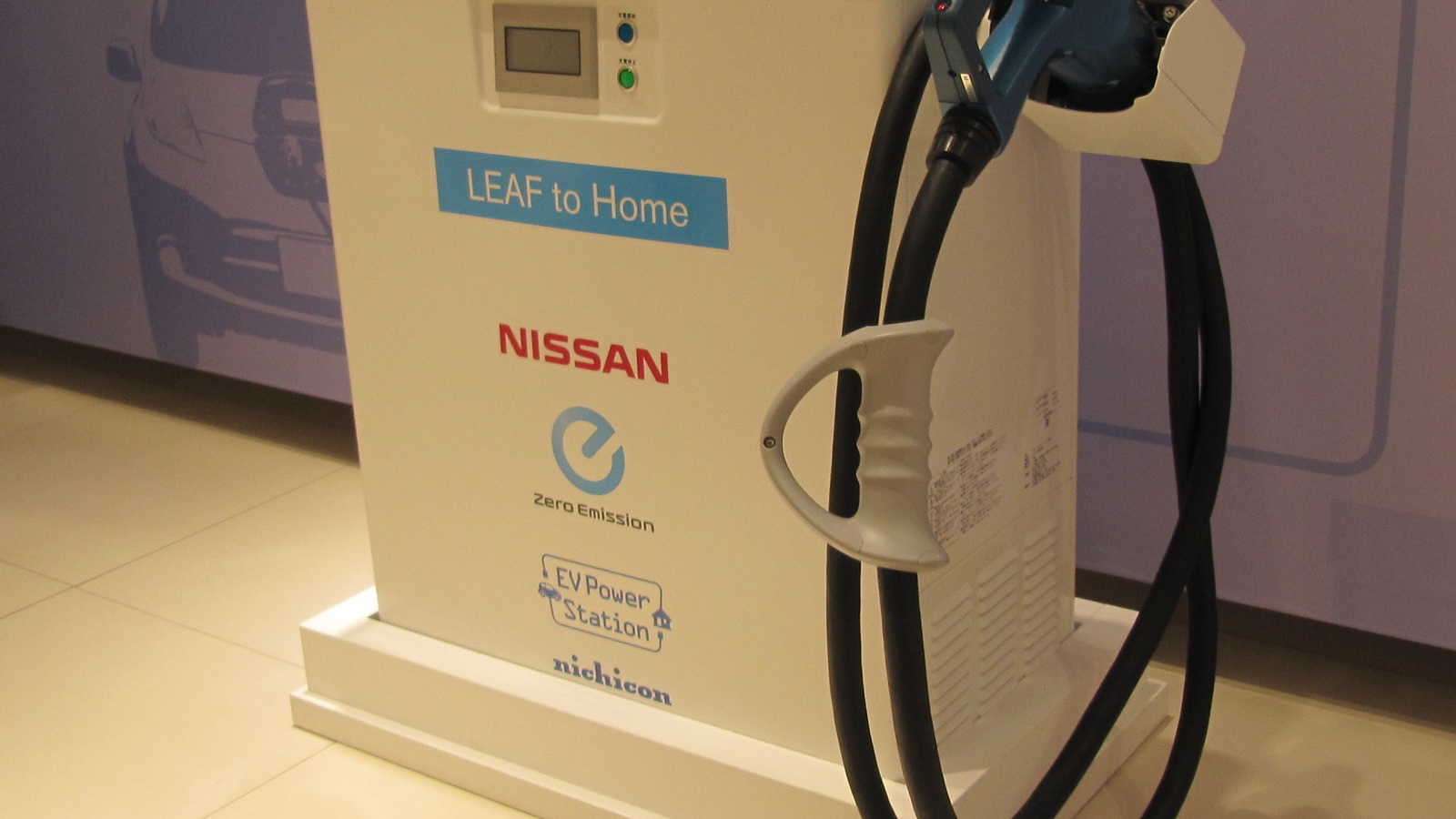 Eighteen months after the earthquake and tsunami that devastated parts of Japan, electric cars are viewed there in a whole new light—as portable sources of emergency energy.

Now Nissan has taken that usage to a new level, with the Leaf-To-Home energy station that it announced in May and put on sale in August.

The owner of a Nissan Leaf can plug the battery-electric car into the station via a cable that connects to the car’s CHAdeMO DC quick-charging port.

The Leaf-To-Home station converts the high-voltage direct current from the car’s lithium-ion battery into the 100-Volt alternating current used in homes in Japan.

With the average Japanese household consuming just 10 kilowatt-hours of electricity a day, the usable 20-kWh capacity of the Leaf’s 24-kWh battery can power a home for up to two days.

And Nissan is now proposing that by recharging a Leaf overnight, when electricity rates are lowest, the Leaf-To-Home station can be used to power a home during daytime hours—when rates are much higher.

The video below describes a test the company is mounting to demonstrate how this might work in the real world.

Nissan discussed the Leaf-To-Home station at its Advanced Technology Briefing, held Wednesday at its GranDrive facility in Oppama, Japan.

Could such a system be offered in the States as well, supplementing or replacing a household’s gasoline or diesel generators?

Nissan officials demurred, saying that the company was “studying” the U.S. market.

The challenge, quite simply, is that the average U.S. household uses more than three times the electricity of an average Japanese residence.

According to the U.S. Energy Information Administration, average U.S. electricity consumption is 32 kWh a day—though it varies considerably by state, with Tennessee residents using more than two and a half times as much as Maine residents.

But using the average of all households, even a full 20 kWh from the Leaf’s usable battery capacity could only power the home for part of a day.

Most power outages last only minutes to hours, so that might be enough for at least some applications in the U.S.

But both cost-shifting and emergency home power that use electric cars as energy storage are new concepts in the U.S.—and a gasoline generator may only cost several hundred dollars.

To date, Nissan executives said, the company has sold about 200 Leaf-To-Home stations.